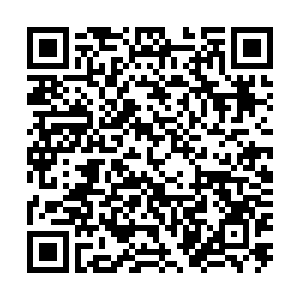 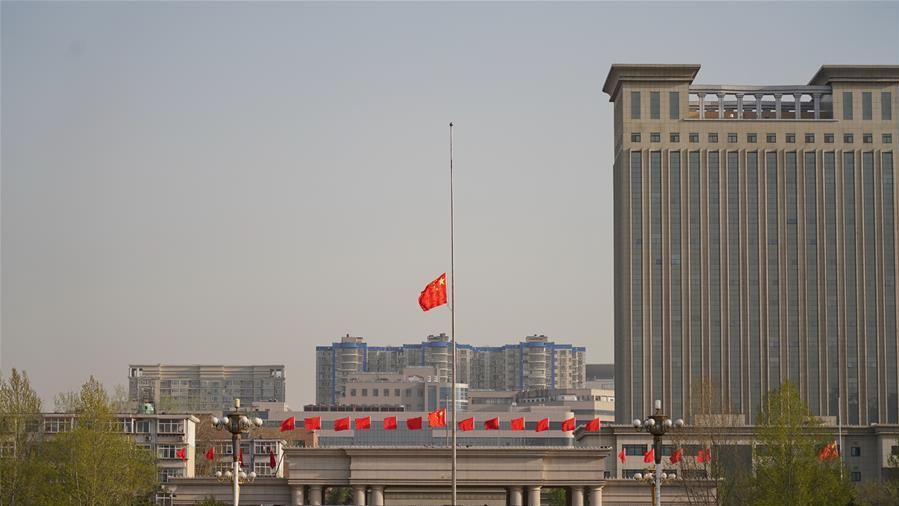 Chinese national flags fly at half-mast to mourn those who sacrificed their lives in the fight against the COVID-19 pandemic and those who died from the disease, in Shijiazhuang, north China's Hebei Province, April 4, 2020. /Xinhua

Chinese national flags fly at half-mast to mourn those who sacrificed their lives in the fight against the COVID-19 pandemic and those who died from the disease, in Shijiazhuang, north China's Hebei Province, April 4, 2020. /Xinhua

Across China on April 4, its citizens participated in nationwide mourning in commemoration of the martyrs and compatriots who died in the wake of COVID-19. This is the first time that a major public health emergency has sparked grief on a national scale, not because the date coincided with the Qingming Festival—a day traditionally used to pay respect to the dead.

In the valiant effort to bring the COVID-19 pandemic under control, more than 3,000 Chinese people succumbed to the disease. By hosting a day of nationwide mourning alongside the Qingming Festival, we not only remembered our fallen heroes and deceased compatriots, but also underscored our respect for human life and our commitment to putting people before anything else.

Data analysis by experts working with the WHO shows that China's travel restriction measures slowed the spread of COVID-19 outside of the country by two to three weeks. This would not have been possible without the contributions and sacrifices made by countless Chinese people.

Dr. Bruce Aylward, co-head of the China-WHO Joint Mission, was acutely aware of this when he said: "To the people of Wuhan, it is recognized. The world is in your debt, and when this disease finishes, hopefully, we will have a chance to thank the people in Wuhan for the role they played in it."

At the end of January when the Chinese government temporarily placed Wuhan under lockdown, Western politicians and media outlets regrettably preoccupied themselves with chatter about human rights, paying little heed to China's sharing of information on epidemic control.

They wasted precious time and lost the initiative which Chinese people had sacrificed so much to gain. To make it worse, when the pandemic escalated at multiple points around the world, some Western politicians resorted to China-bashing to cover up their incompetence.

During a CNN interview, U.S. Vice President Mike Pence groundlessly tried to pin the blame on China for the United States' slow reaction to COVID-19. U.S. Secretary of State Mike Pompeo pushed in vain to include "Wuhan virus" language into a G7 joint statement and accused China of spreading disinformation about the coronavirus. Their distortion of the truth undoubtedly amounts to a deliberate vilification of the efforts and sacrifices made by the Chinese, as well as exposing their disregard for American lives.

Lies don't always outlast truth. Dr. Michael Ryan, executive director of the WHO's Health Emergencies Program, defended China against accusations of non-transparency at a briefing. In addition, The Washington Post published an opinion piece by Jackson Diehi, in which he categorized Pompeo as one of the worst secretaries of state ever, because he engaged in a senseless crusade against China on coronavirus that will mean little.

The U.S. national media watch group FAIR, referring to the WHO and multiple reports in medical journals, proved that a claim about China's "fake" numbers were no more than a conspiracy theory. It also suggested that news outlets could better serve the public by quoting health experts on the reliability of health statistics, rather than politicians.

Orville Schell, director of the Asia Society's Center on U.S.-China Relations, helped solicit the signatures. He said: "Whatever the state of grace in the bilateral U.S-China relationship, a global challenge of the magnitude of the coronavirus pandemic compels us to do everything we can to find ways to collaborate to save lives."

In fact, China has consistently engaged in cooperation with the international community, including the United States, in the spirit of openness, transparency and responsibility. Chinese President Xi Jinping spoke with other world leaders over the phone about epidemic control and put forward a proposal at a G20 special summit on coronavirus. China has since announced emergency assistance to more than 80 countries and international organizations, as well as dispatching groups of medical personnel and experts to many countries. They have also shared complete copies of its diagnostic and treatment guide with the international community.

In doing so, China's motivation was simply to save as many lives as possible. Chinese people know that the virus knows no boundaries and that to help others is to help ourselves in a community with a shared future for mankind.

On what is bound to be remembered as a special Qingming Festival, we will remember those who passed away. We will promote solidarity and cooperation as the means to overcome obstacles in the global fight against COVID-19. The contribution and sacrifices made by our citizens do not merit vilification. The best and only tribute to them is a timely victory over the pandemic.