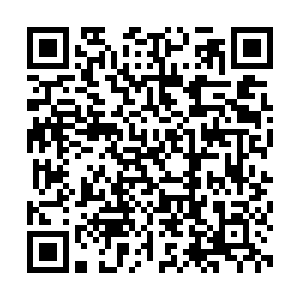 The report said McEnany, who was a spokeswoman for the Republican National Committee before joining Trump's re-election team, will take over from Stephanie Grisham. Grisham had only been in the post since June, when she took over from Sarah Sanders.

Grisham announced plans to leave on Tuesday, which was also confirmed by the White House. 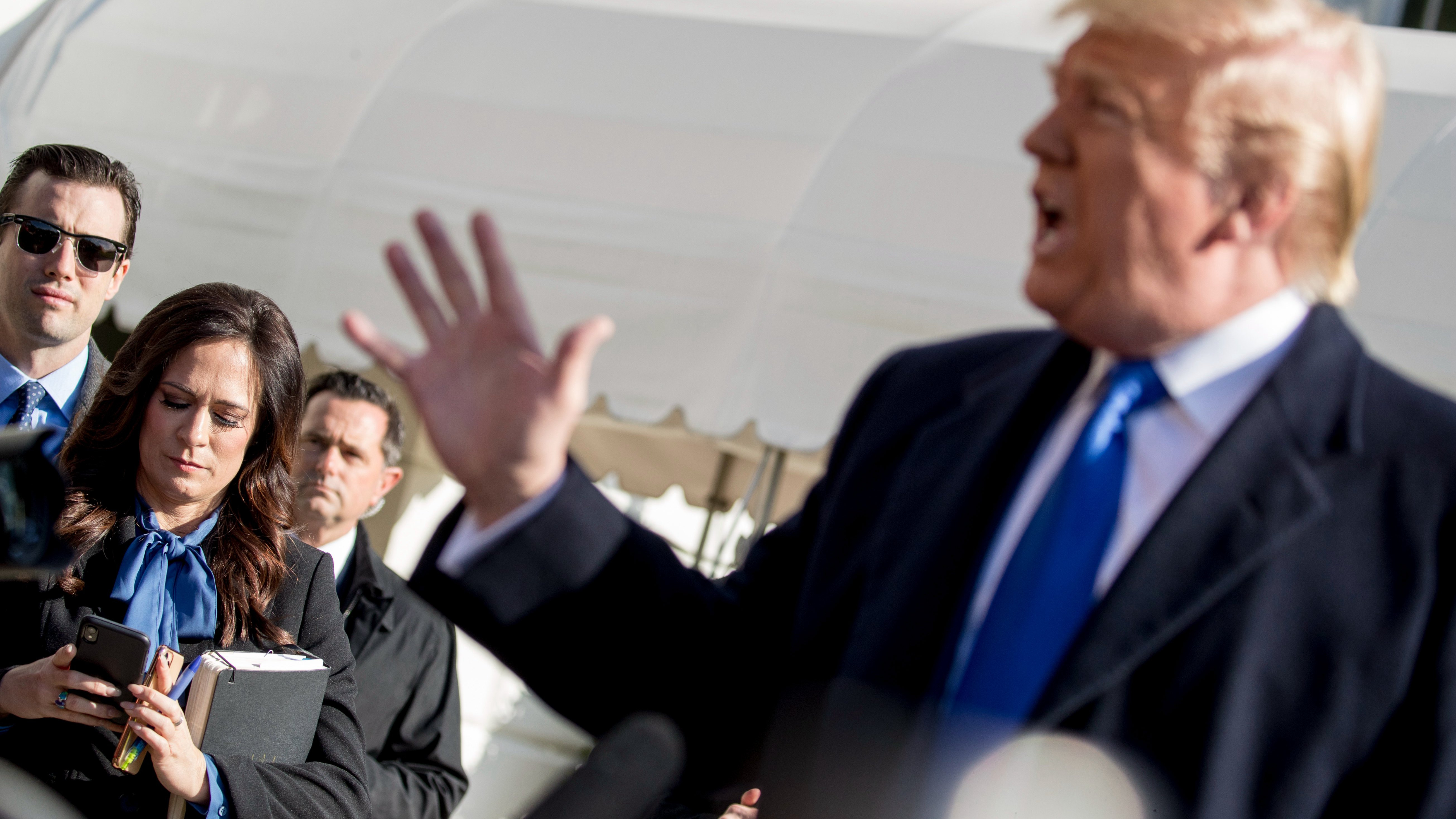 The reshuffle is seen as a sign of the internal influence of new White House Chief of Staff Mark Meadows, who took over barely a week ago.

"She has been a mainstay and true leader in the administration from even before day one, and I know she will excel as chief of staff," Melania Trump said in a statement.

Long-time Meadows aide Ben Williamson is expected to be a senior adviser for communications. Current deputy press secretaries Hogan Gidley and Judd Deere are expected to remain in their roles. 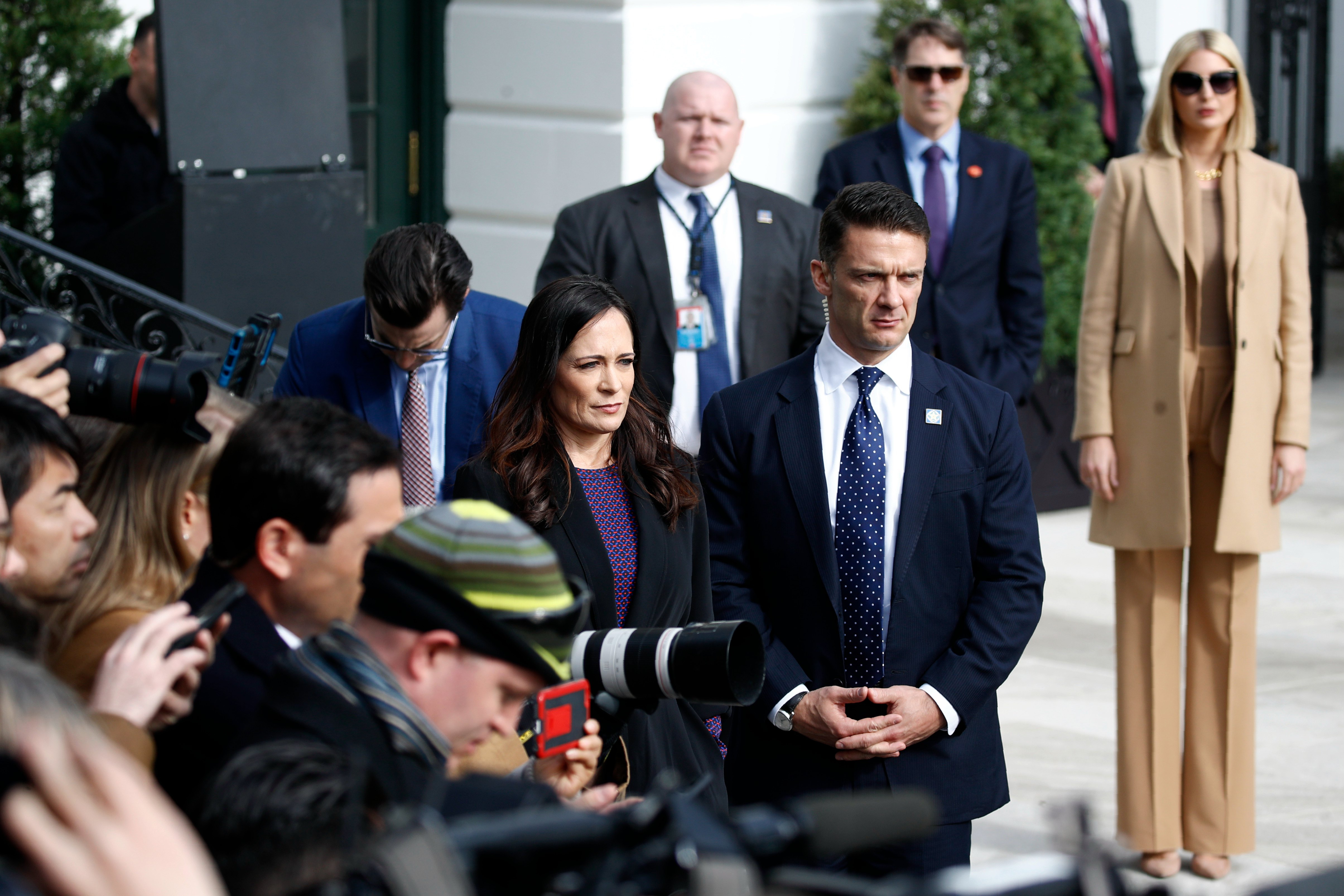 White House press secretary Stephanie Grisham (center) listens as President Trump (not pictured) talks to the media on his way to the Marine One helicopter, November 20, 2019. /AP

White House press secretary Stephanie Grisham (center) listens as President Trump (not pictured) talks to the media on his way to the Marine One helicopter, November 20, 2019. /AP

Trump plans to have separate people for the communications and press secretary jobs, according to officials, a return to a format that many past administrations have used.

Grisham was the third press secretary, having taken over from Sarah Sanders.

The longtime presidential tradition of daily West Wing press briefings held by the press secretary all but died under Sanders, who had a combative relationship with most journalists covering the White House.

Under Grisham, not a single such event took place, largely reflecting her boss' transformation of presidential public relations and his tempestuous relationship with the media.

Most of her public appearances took place in the shape of softball interviews on Fox News, which increasingly serves as the White House's conduit for getting its message to the country.

Trump tweets daily, sometimes well over a dozen times a day, putting out everything from random thoughts on politics to announcing major policies or personnel changes. He also gives lengthy, frequent interviews to openly loyal hosts on Fox News.

But unlike previous presidents, he takes frequent questions from White House journalists before flying on the Marine One helicopter or during what used to be drama-free photo opportunities in the Oval Office.

Ironically, the abandoned White House briefing room has been given new life by Trump himself during the coronavirus crisis.

He now appears at the podium daily for marathon question and answer sessions.

During the briefings Trump is not accompanied by his press advisers and largely runs the event himself, choosing which reporters will speak and commenting on the supposed fairness of their questions.

Trump has made lashing out at journalists a pillar of his political brand, regularly calling reporters "fake" or "disgraceful" or "second rate" before television audiences of millions. 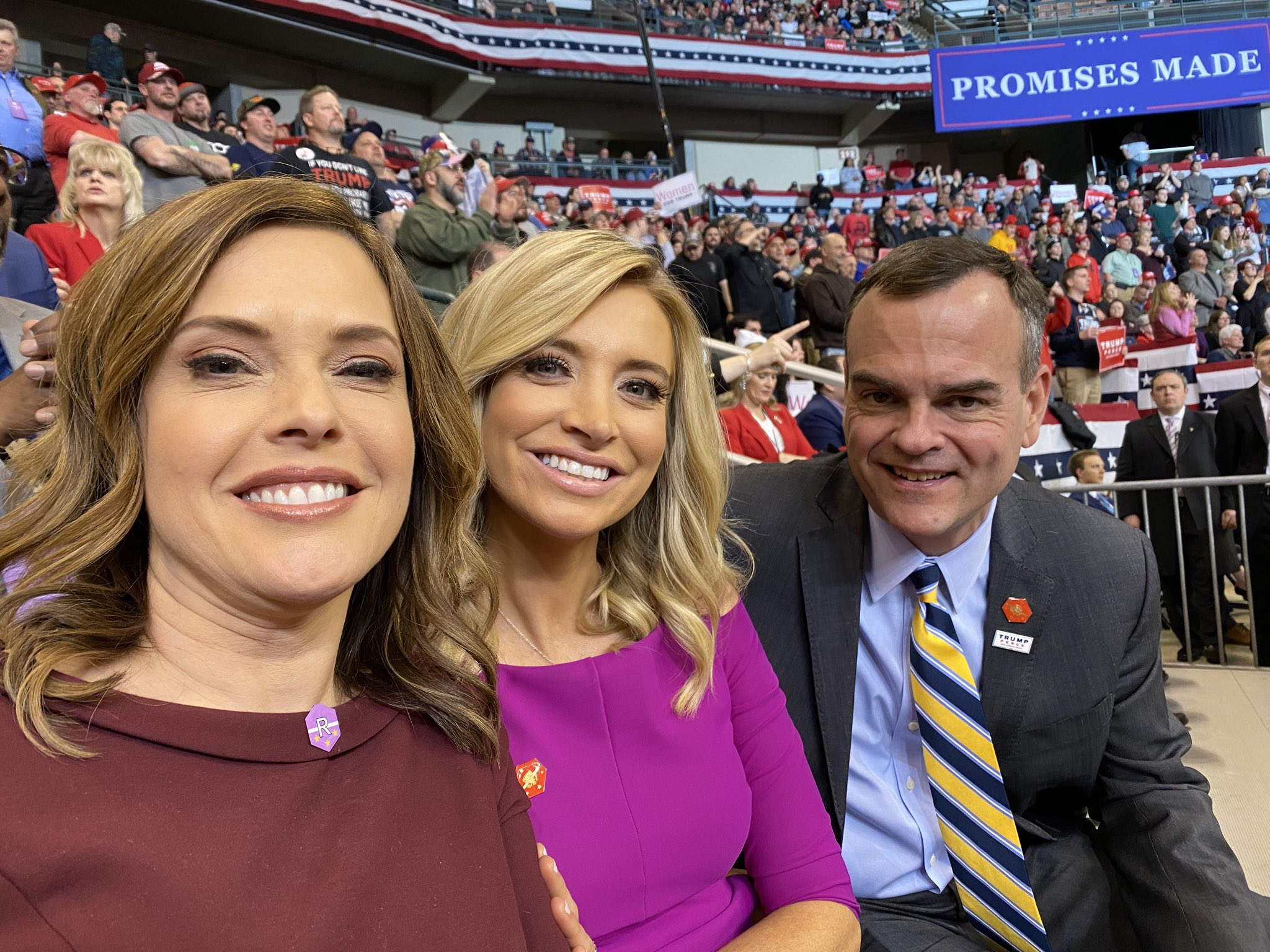 Who is Kayleigh McEnany?

McEnany is a spokesperson for Trump's 2020 re-election campaign, who is well-liked by the president for fighting for him on cable news shows.

The 31-year-old interned for the 2004 Bush-Cheney campaign, and worked as an intern in Bush's White House communications office.

She received a Bachelor's of Science in International Politics from Georgetown University, and spent a year studying at Oxford University in the UK.

McEnany later earned a law degree from Harvard University, and began a media career in production at Fox News.

After the election, McEnany joined the Republican National Committee as a spokeswoman, shifting to the Trump re-election campaign as national press secretary in February 2019.

She will be Trump's fourth press secretary in under four years, succeeding Stephanie Grisham, Sarah Huckabee Sanders, and Sean Spicer.