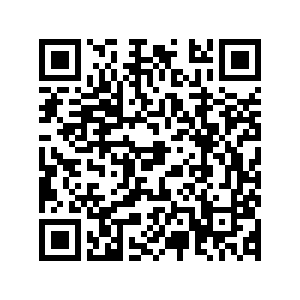 I am from Wuhan and I heard a lot about COVID-19 and Wuhan over the past 100 days, but did people really listen?

The most important thing is information. Like any viruses we have met before, there is no perfect information. When one breaks out, people are confused. How bad is it, what should we do and what if we do nothing.

That is what happened in Wuhan in early January. But the science became clear – it was a new virus, it spread to humans and it could spread fast. I assume the idea of doing nothing to get herd immunity also crossed minds, because that will minimize economic impact and social disruption. But what about the toll on lives; people who have to die to gain social immunity. And China has a large population. That means even a small fatality rate of 1 percent from 1.5 billion would account for a lot of people.

Chinese policymakers soon realized we could not wait and we needed to do something big and quick. We went back to the basics – testing, isolation and contact tracing. But that proved to be challenging. If you have enough testing kits and trace contacts thoroughly, you don't need to isolate everybody. That is what Singapore and South Korea did. But in the beginning of the outbreak, Wuhan did not have enough testing kits and could not trace everybody, so the Chinese did the extreme – Wuhan was locked down, people stayed home. The lives of millions were disrupted and the economy came to a halt. A month later, the epidemic was under control.

Unfortunately, the rest of the world did not pay attention. One major reason is human nature: We don't see threats until it is in our faces. Despite warnings from WHO, Europe and America still imagined that the virus was not their problem. In this age of political polarization, it is very easy to fall for simple soundbites that sound familiar, but the real world is not simple, neither is it familiar.

It is also a policy problem. Politicians and even some scientists were still arguing about the nature of the threat – is it a super flu, a cataclysmic pandemic or is it something in between? I guess they were blind to blow-by-blow accounts of Wuhan doctors fighting fatigue and desperation. The mortality rate is not high, but high enough to think again about everything.

COVID-19 is an equalizer.

Did China do everything right? No, there is a lot that needs to be revisited, refined and even reformed. But if you are blinded by stereotypes like how one can trust information from a communist country, you are not only doing injustice to the painful efforts of the Chinese, you are denying yourself a chance to gain insights into a common enemy that respects no national borders and political inclinations.

Let us not be provincial here, some of the ideas and practices might not apply elsewhere, but it won't hurt to listen.

Isolation means isolation. It needs compliance from people. China underwent a period in which the government moved infected patients and even their close contacts from their homes and put them in strict quarantine. That is extreme. But that also dramatically cut down infections.  People think of the Chinese as disciplined. But what I saw in Wuhan was beyond normal discipline. Nobody stayed indoors because the apartments were blocked by metal bars, they stayed at home because they were committed to each other. In general, the lockdown in China was much more severe. Of course, the debate about individual rights and public health will go on, but when the house is about to burn down, we don't argue about our bath time.

Of course, different societies have different values. The Chinese prize collective benefits and the Americans value individuality. But we need not go one way or another. We need to keep a new balance when the wind blows hard and from an unknown place.

COVID-19 could also be a great corrector. Drop all the lenses that might blind us, because even with the best knowledge and will, it might not be enough, let alone being distracted by all that bias and bigotry.

What a doctor did in Wuhan might save a life in Bergamo and what a New Yorker did not do may end up overwhelming a community in New South Wales.

Let us stare at the problem with clear eyes and clear conscience. And let us do it together. We fight this with our strengths and vulnerabilities.

My families and friends in Wuhan told me they are on the move again. They felt the pain, they fought the plague and they embrace life regained. They hope the world hears it.