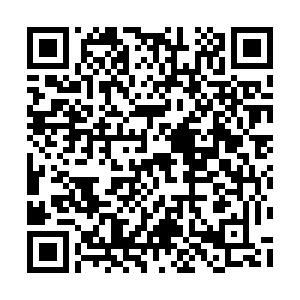 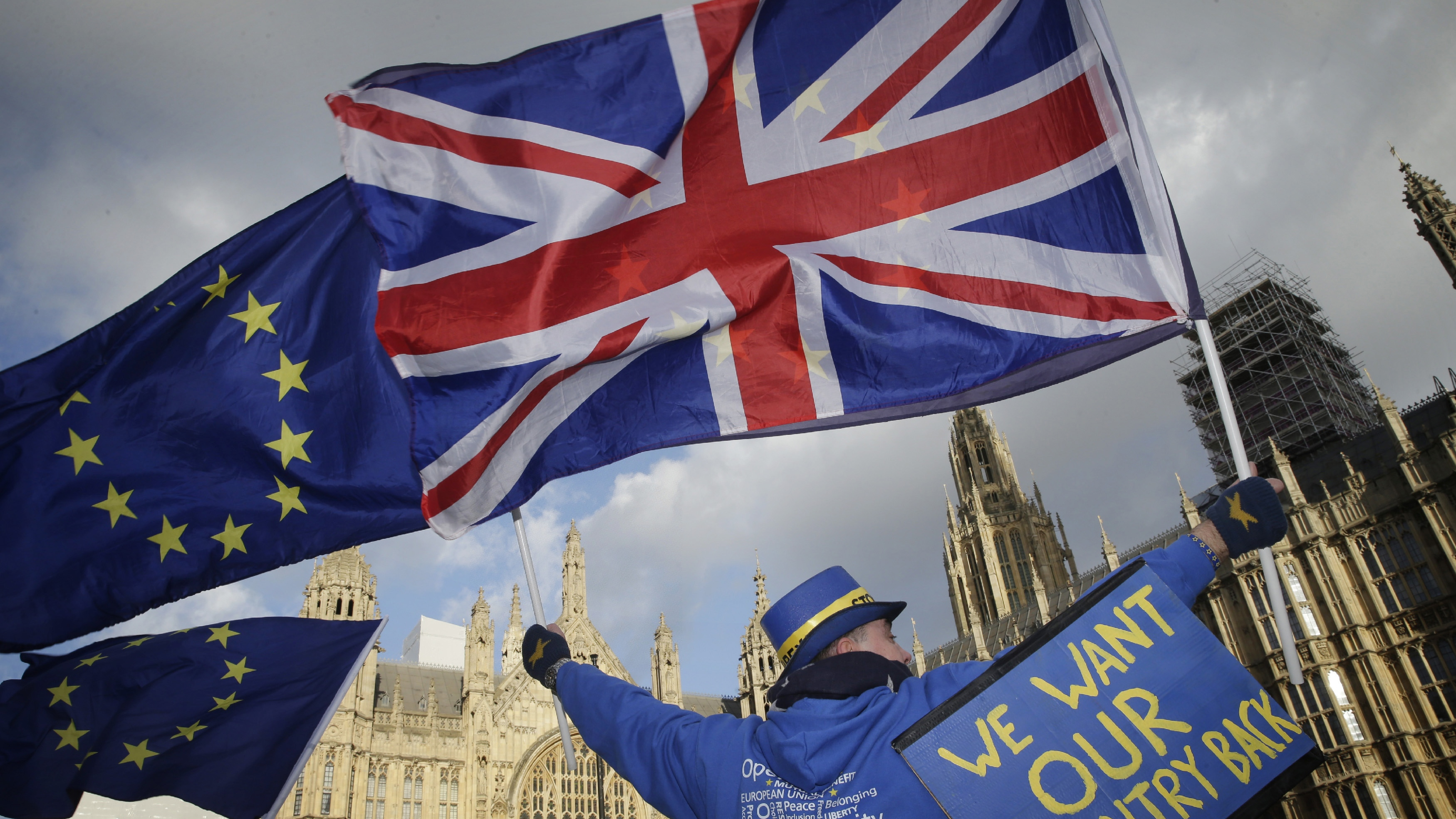 A demonstrator who wants Britain to remain in the European Union (EU) waves flags of the EU and the Great Britain outside the Houses of Parliament in London, on January 16, 2018. /Xinhua

A demonstrator who wants Britain to remain in the European Union (EU) waves flags of the EU and the Great Britain outside the Houses of Parliament in London, on January 16, 2018. /Xinhua

Editor's note: Adriel Kasonta is a London-based foreign affairs analyst and commentator. He is the founder of AK Consultancy and former chairman of the International Affairs Committee at Bow Group, the oldest conservative think tank in UK. The article reflects the author's opinions, and not necessarily the views of CGTN.

Although the April Fool's Day took place last Wednesday this year, I honestly couldn't believe my own eyes when after waking up on Monday and looking at my mobile phone's news feed, the following message popped up: "The report reads: The truth is that China is responsible for COVID-19 – and if legal claims were brought against Beijing they could amount to trillions of pounds."

First thinking that it must be a joke, as it was coming from the British tabloid newspaper The Sun, I decided to enter the link and dive into its content in a search for more details of this disturbingly ridiculous headline.

What I've discovered was that a well-known British foreign policy think tank of neoconservative persuasion published a report, where its authors claim that "the Chinese government's early handling of the disease and failure to adequately report information to the WHO breached Articles Six and Seven of the International Health Regulations (IHRs), a treaty to which China is a signatory and legally obliged to uphold."

Furthermore, they are making war-alike reparations claims aimed at extorting money from Beijing in amount of 351 billion pounds (449 billion U.S. dollars), which should be used to cover the full costs of Chancellor Rishi Sunak's economic bailout plan and the rise in NHS spending to manage the COVID-19 crisis.

In order to execute this "modest" sum, as they only relate to the period which covers announced spending as of April 5, 2020 (no one knows how long the emergency period will last), the authors of the research propose considering "ten different potential legal avenues for action against China across domestic and international jurisdictional venues." This includes "the International Court of Justice; Permanent Court of Arbitration; Hong Kong Courts; dispute resolutions through Bilateral Investment Treaties; and actions at the WTO."

What is typical in these case scenarios, when it comes to the UK politics, is that legal allegations often are made not by an independent lawyers, but interest groups which are well-funded and provided with platforms to spew their (or their wealthy donors) policy bias aimed at currently disliked groups, countries or people, which then is quickly circulated in the British mainstream media in order to scare the public, set it against the chosen target, and/or simply make lucrative profit on their gullibility.

"The truth is that China is responsible for COVID-19" – as an accusation made without any fair investigation or trial – is nothing but a political slander. 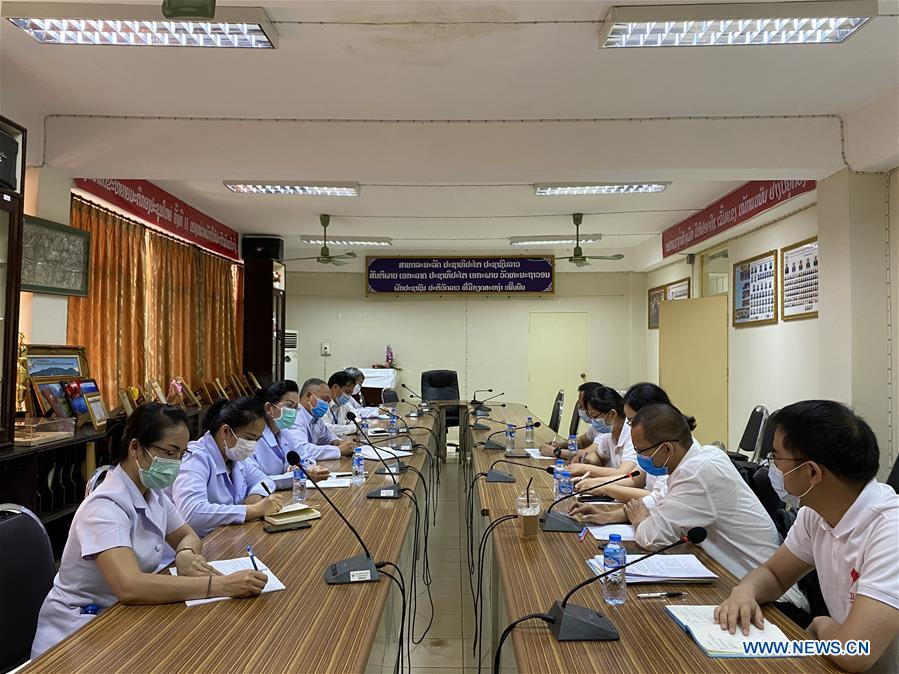 Worryingly, the very slander exposes the malicious intent pushed by such senior Tory figures like Michael Gove, who is currently serving as minister for the Cabinet Office in Prime Minister Boris Johnson's government, and ex-Minister Iain Duncan Smith, who actively argues that "the brutal truth is that China seems to flout the normal rules of behavior in every area of life – from healthcare to trade and from currency manipulation to internal repression."

It is also worth noting that Mr. Smith, as a leading critic of the government's decision to allow Huawei to build elements of the UK's 5G network, went even that far in his disdain (which personally makes me sick as a son of a Jewish woman) to compare the "Middle Kingdom" to the Nazi Germany.

In this sense, the question one should ask is: Cui bono?

As a former chairman of the International Affairs Committee at the oldest conservative think tank in the UK, Bow Group, who was always committed to the restraint, diplomacy and pragmatism in my research and all decisions that I've made, it is my duty not only to foreign policy ethics in this country, but also to the UK (by being a son of a Tanzanian citizen, whose family was always committed to the Crown and well-being of the Commonwealth), to understand why The Henry Jackson Society published this hostile report.

To find answer to this troubling question, it is worth understanding the very institution itself, before I will move on to the further conclusions.

On that note, the society was founded on March 11, 2005 by academics and students at Cambridge University, including Brendan Simms, Alan Mendoza, Gideon Mailer, James Rogers and Matthew Jamison – where the latter is a key to the query.

Mr. Jamison, now the ex-founding member, gives us detailed description of the think tank's stance on China in his article published in Strategic Culture on February 7, 2019 titled "The Henry Jackson Society and China," where we can read the following: "The Henry Jackson Society for some time now have been running event after event in the House of Commons and publishing policy paper after policy paper propagating the most crude, primitive and stupid anti-China bigotry.”He accuses the institution of not only being "corrupt and racist," but also spreading "extreme xenophobia, ignorance and intellectual hogwash" in the British Parliament.

In his eyes opening piece, the ex-Jacksonian points out to the fact that "the Henry Jackson Society are devoid of China and Asia specialists and have no deep scholarly experience and expertise in the field of China and Asia more generally," but also reminds us of the fact that the Society has been exposed for being paid by the Japanese government to run a PR smear campaign against China in the past.

Knowing all of this, and bearing in mind that the post-Brexit Britain desperately needs to have a pragmatic and sovereign foreign policy after leaving the EU, I dare to say that The Henry Jackson Society acts to the detriment of the British raison d'etat and its relation with one of the greatest powers in the world.

My great concern is that the treacherous politicians who are echoing foreign countries' biases, whether it be Japan or the U.S., are not only going against our prime minister's prudent decisions by attacking him in person, but also risking the status of this great country and the nation in the world arena.

By abandoning both Europe and China, we will be nothing but a vassal state of the anti-Chinese America of President Donald Trump.