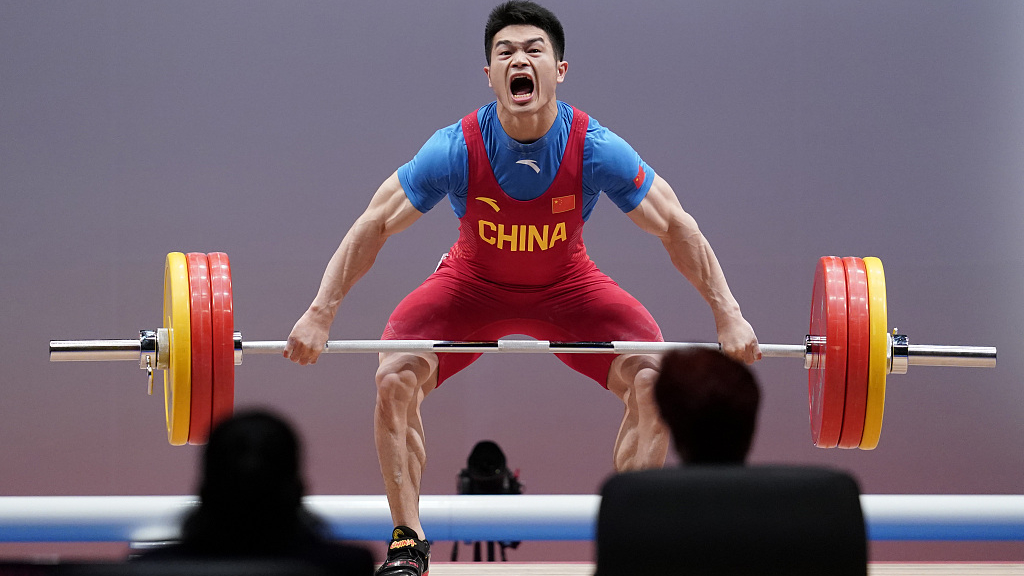 With the 2020 Tokyo Summer Olympics being delayed to July of next year, China's Rio Olympic champion Shi Zhiyong made no complaints and continued his down-to-earth training methods with the weightlifting national team.

After hearing the new date set for the postponed Tokyo 2020, China's weightlifting team held its own contest and the reigning 73 kilogram Olympic champion Shi pulled off a great performance. Wearing his self-designed red and black shoes on stage, Shi finished the Snatch with 170 kilograms, two kilograms above the world record he created.

In his second attempt of Clean and Jerk, Shi lifted 194 kilograms, which made his overall total at 364, one kilogram more than his own overall world record. But Shi believed there was still gas left in his tank, and he tried for 203 in his third attempt. He failed to make the final push, but according to him, he lifted that weight before. 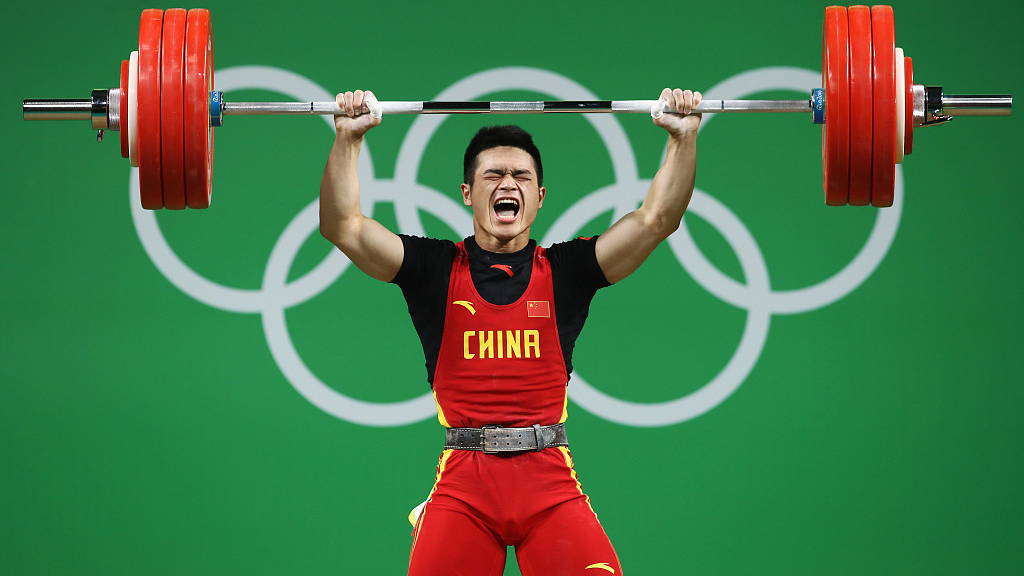 Shi Zhiyong of China competes during the Men's 69 kilogram Group A Weightlifting contest on Day 4 of the Rio 2016 Olympic Games at the Riocentro Pavilion 2 in Rio de Janeiro, Brazil, August 9, 2016. /VCG

Shi Zhiyong of China competes during the Men's 69 kilogram Group A Weightlifting contest on Day 4 of the Rio 2016 Olympic Games at the Riocentro Pavilion 2 in Rio de Janeiro, Brazil, August 9, 2016. /VCG

The rearranged Olympics has caused considerable problems for every athlete who has been preparing for the Games for four years. However, the 27-year-old Shi, who has not lost a contest since after the Rio Olympics, remained confident for next year, and said he is ready to top the podium once again.

"Compared to the Rio Olympics, I'm more mature and more confident. The delay definitely has influenced us because we aimed for 2020," said the 27-year-old Shi. "But if the delay knocks out some athletes, it certainly helps some others at the same time. It all comes down to whether you can seize the opportunity or not. For me, I'm always ready for the Tokyo Olympics and my only goal is to stand on the highest podium."