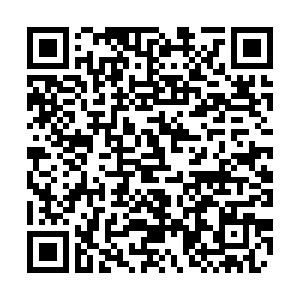 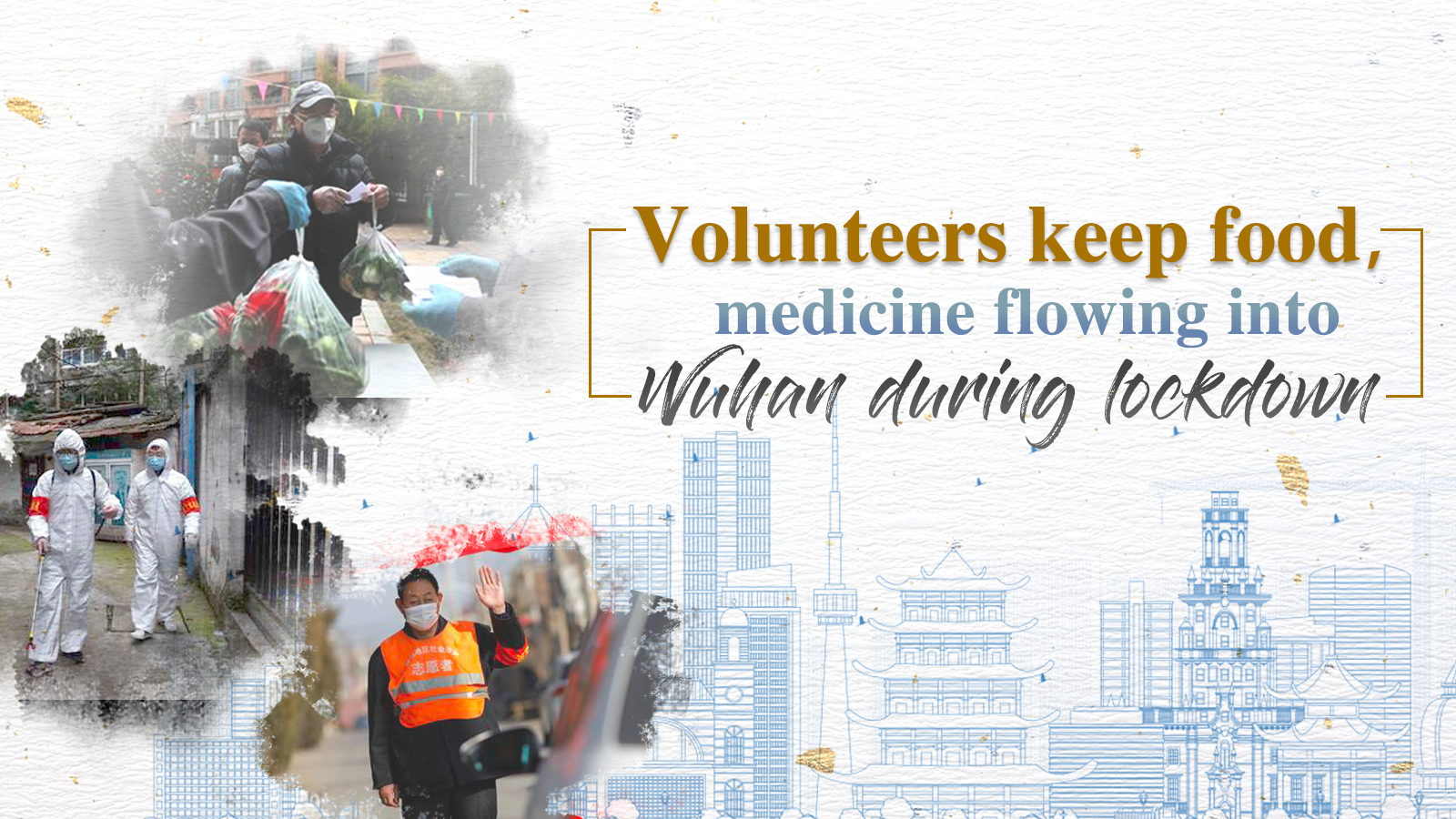 As Wuhan lifts its quarantine starting from midnight on Wednesday, Hu Jing, a volunteer at Donghulu residential compound in Wuchang district of Wuhan is now busier than ever.

She had to get in touch with all residents heading out of Wuhan, informing them they need to have their travel documents ready and green health code at hand for security check. She reminded that permission must be obtained from the neighborhood community in the respective city they are traveling to, or else if they leave, it would be hard to come back.

For the 55,000 people estimated to be leaving Wuhan by train on Wednesday after a 76-day lockdown, now is the time that they have longed for. But to make their much-anticipated return an orderly process, volunteers like Hu have been on high alert, weary that ease in travel restrictions would lead to a resurgence of infections.

During the 11-week coronavirus lockdown, they are the ones who kept the city supplied and running. With travel restrictions and public transport shutdown, basic needs like going to the hospital, buying groceries and purchasing medicines are left unattended, until volunteers from all walks of life mobilized to offer their help. 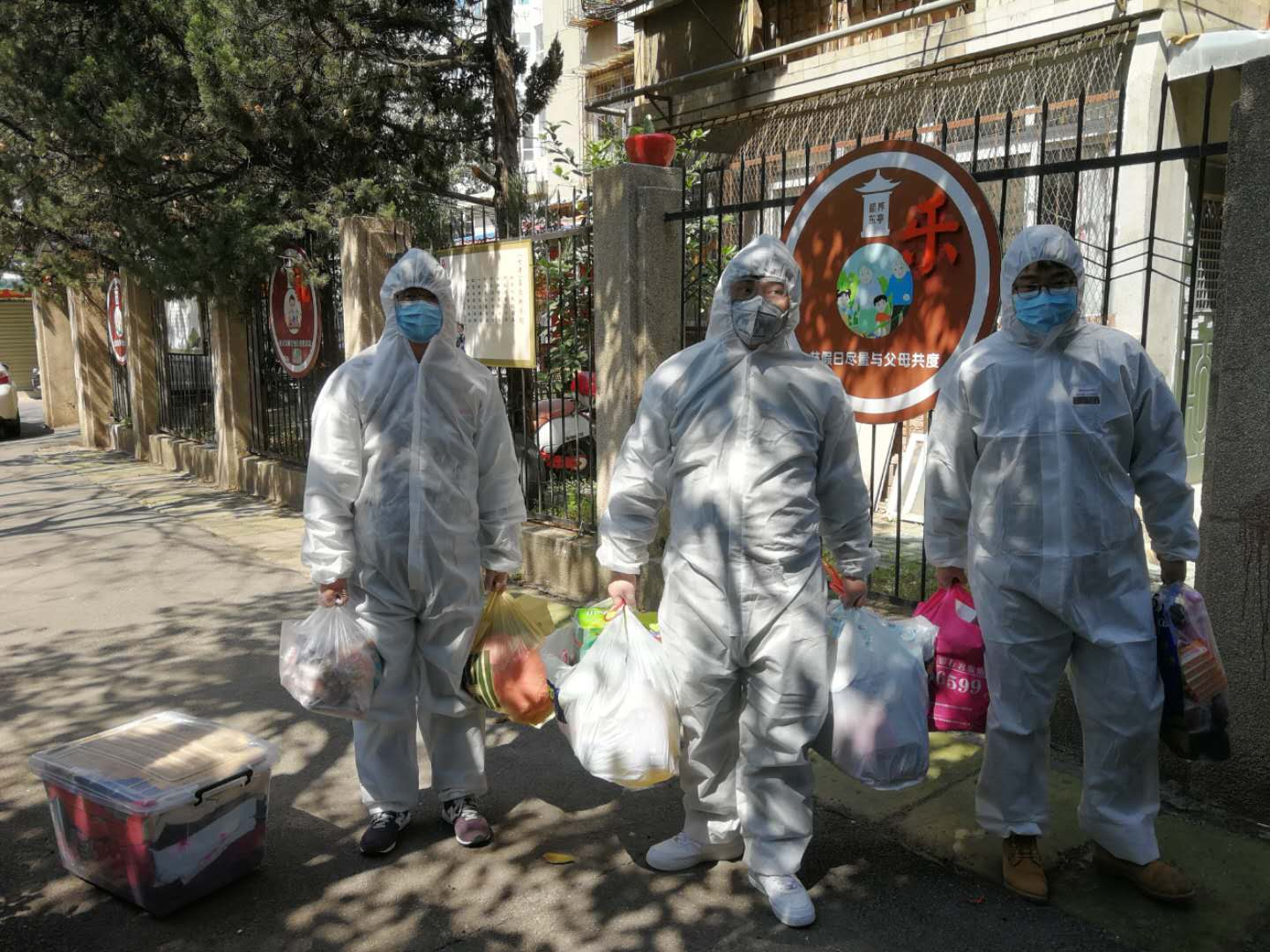 Volunteers with bags of groceries bought for residents under lockdown. /Photo courtesy of Hu Jing

Volunteers with bags of groceries bought for residents under lockdown. /Photo courtesy of Hu Jing

Volunteers first sprang up at hospitals, the epicenter of the public health crisis, like 28-year-old Hainan native, Tang, who volunteered to work at Xiehe Dongxihu hospital shortly after the lockdown was in place. Though not a medical professional, he offered to help maintain order at the crowded hospital main hall at the height of the epidemic outbreak in Wuhan, directing patients to their respective hospital wards.

He offered to join as a temporary worker at the hospital after seeing his wife, who worked at the hospital, was under immense strain on resources. Due to the sharp surge in confirmed cases, hospitals were overwhelmed with patients and most were severely under-staffed. "I did not think much when I first joined; after all, my wife was already there," he said.

Across Wuhan, hundreds of thousands of volunteers from all walks of life emerged in the aftermath of the coronavirus outbreak. On February 23, authorities from the epidemic control and prevention headquarters issued a notice, calling for city-wide recruitment of volunteers.

In one day, more than 10,000 registered, and in three days, around 20,000 joined the neighborhood communities' epidemic control and prevention efforts responsible for meeting the basic needs of residents under lockdown.

Thirty-two-year-old Yang Zhen was among them. The community where he was posted at, Tong'anli residential compound, was home to at least 50 households of foreign residents. Stuck in the city with no prospect of returning home, and no neighbor who speaks the local language, volunteers like Yang offered them a lifeline. 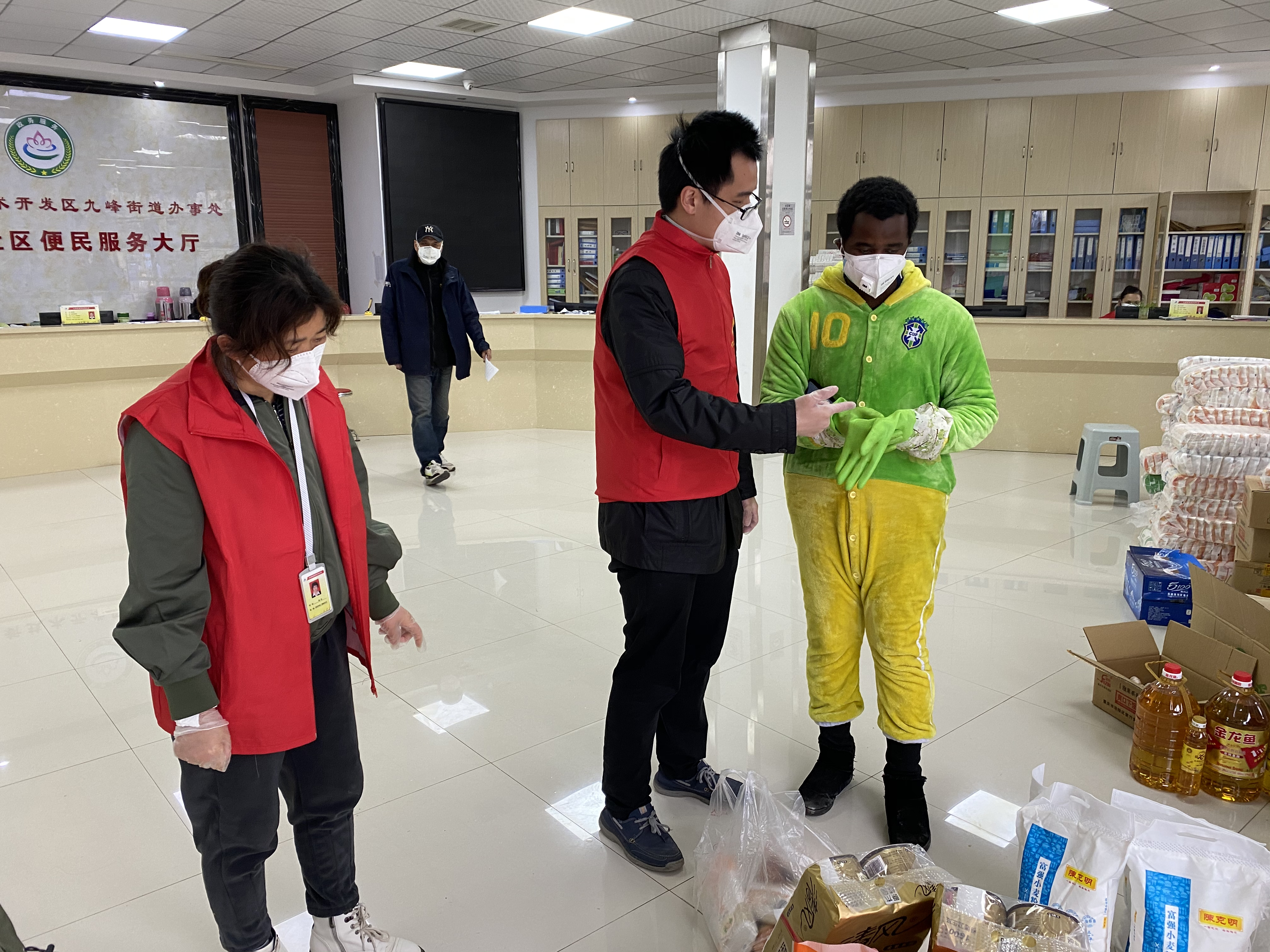 Yang helps a foreign resident set up his bank payment on the phone. /Photo courtesy of Yang Zhen

Yang helps a foreign resident set up his bank payment on the phone. /Photo courtesy of Yang Zhen

With most people staying home, Yang was in charge of buying groceries for the residents. He was also the go-to person when foreign residents face difficulty of withdrawing money from bank accounts, or when their health code would not work. Asked repeatedly by anxious foreign residents when the lockdown would be lifted, he sought to reassure them again and again that the time will come.

The job has its own risks. "It was tough before when there were a lot of infected people and close contacts in the community," said Wu Fan, a 42-year-old government worker turned volunteer. From mid-February, the situation began to improve after all infected patients had been admitted to designated facilities and their close contacts quarantined.

To stay safe while making those deliveries, Wu would leave the items at the door without interacting with the residents. “I usually hanged the shopping bag on the door knob, sprayed it with disinfectant alcohol and then knocked on the door,” he said. 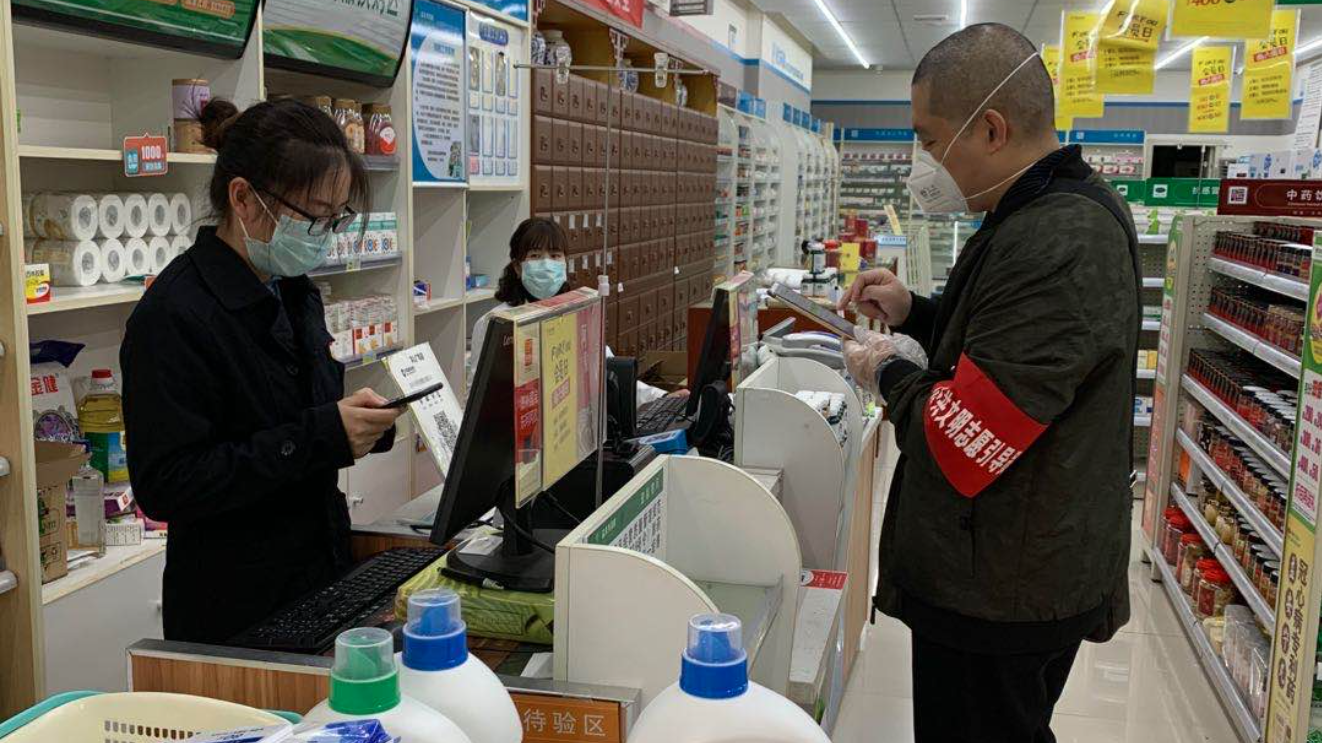 He took extra precautions when delivering supplies for quarantined households. "In that case, I put the items on the floor and stepped back two meters when someone answered the door."

Since late March, daily fatalities in Wuhan had fallen to single-digit and each household is permitted to have one resident leave the residential compound for maximum of two hours. But restarting will be a slow process, particularly at a time when the risk of transmission from asymptomatic carriers and people who tested positive after recovering still exist. A resident looks out at a closed entrance of a residential community in Wuhan, April 5. /Reuters

A resident looks out at a closed entrance of a residential community in Wuhan, April 5. /Reuters

During the lockdown period, Wu's team of volunteers helped over 300 households in the community purchase medicines and medical supplies, delivering more than 10,000 items including medicines, disinfectant alcohol and face masks, according to a resident surnamed Wan, who cited a detailed record of the volunteers' work from the neighborhood committee.

"They fearlessly put themselves at risks to help the neighbors," Wan said.

Yet Wu insisted that all the work he has done was insignificant compared to what the city endured. "Because we, the people of Wuhan, are all in the same boat. We should look out for one another," said Wu. "Although I can't help on the frontline like the medical workers, I want to be brave like them."