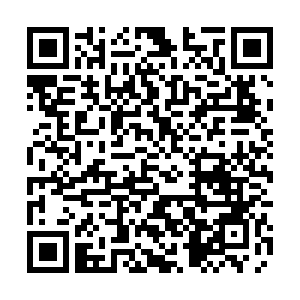 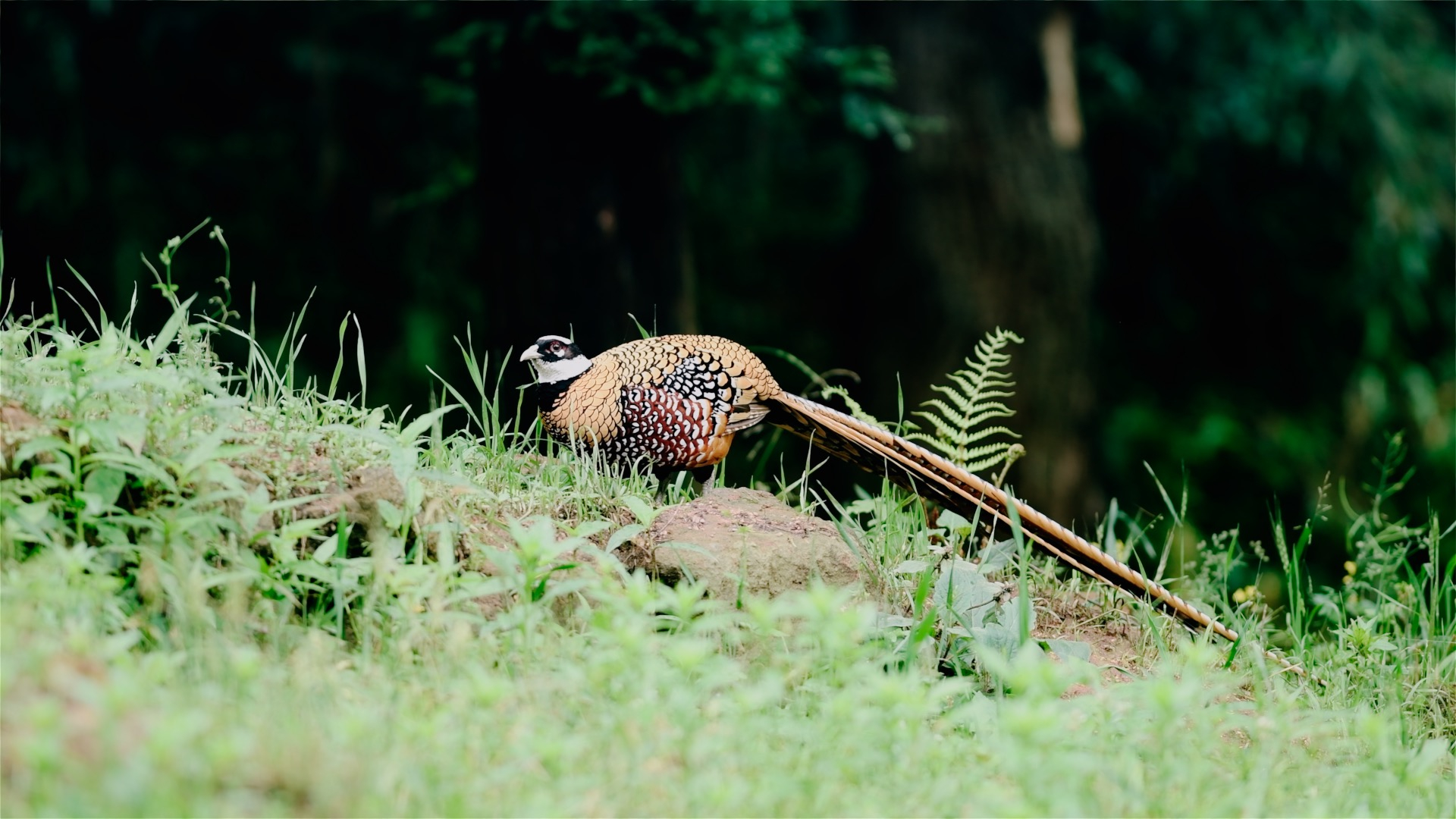 Look at the pheasant pictured above, have you spotted anything unusual? The pheasant's tail is almost twice as long as its body! 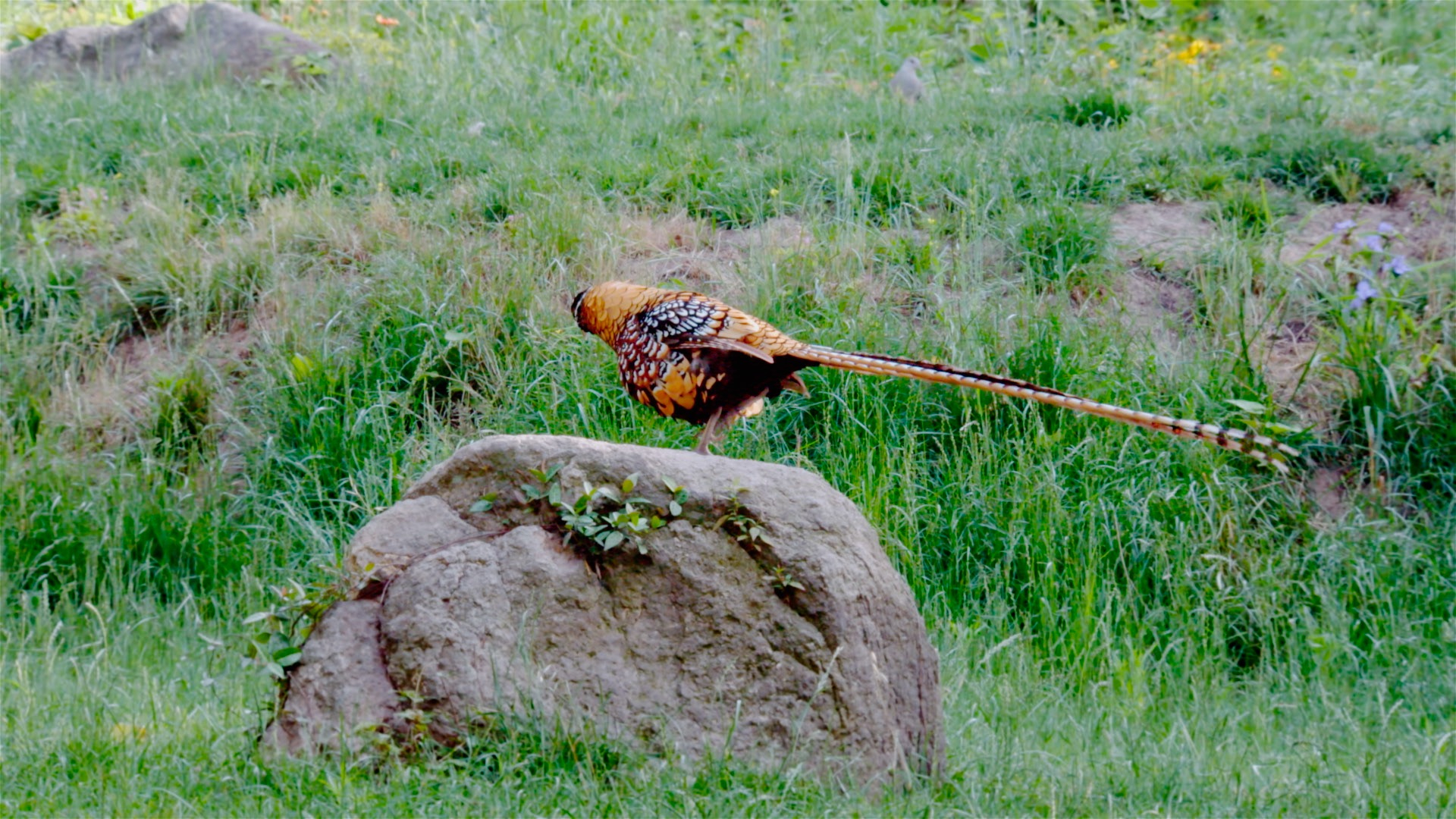 It looks like a big ball with two long "sticks"...

It looks like a big ball with two long "sticks"...

The super long tail is a distinctive characteristic shared by three pheasants in China's national protected animal namelist: Elliot's pheasant, Reeves's pheasant and Mrs. Hume's pheasant. In Chinese, they are all called "chang wei zhi," meaning "long-tailed pheasant." The CGTN Nature film crew has shot stories about two of them: 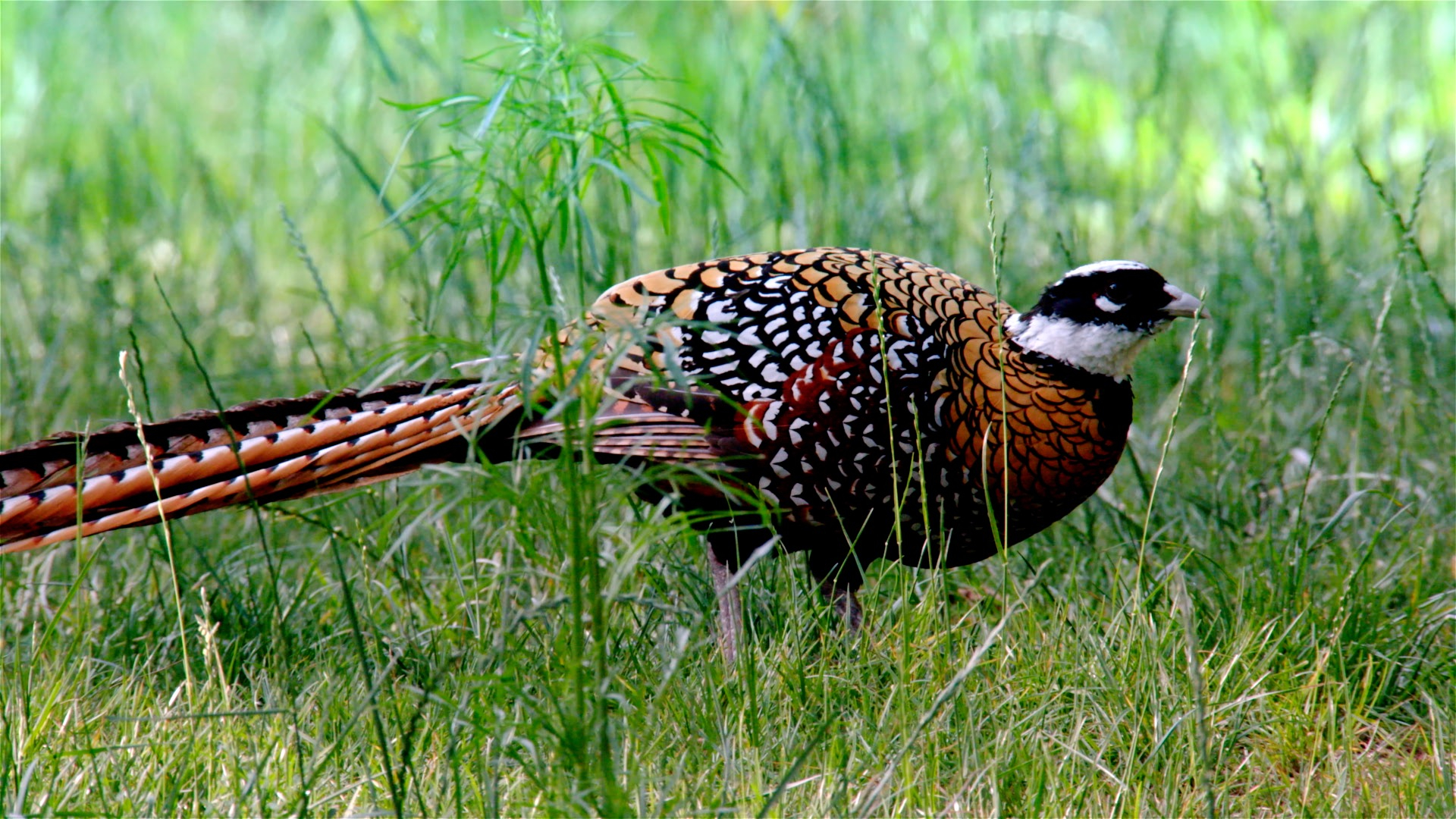 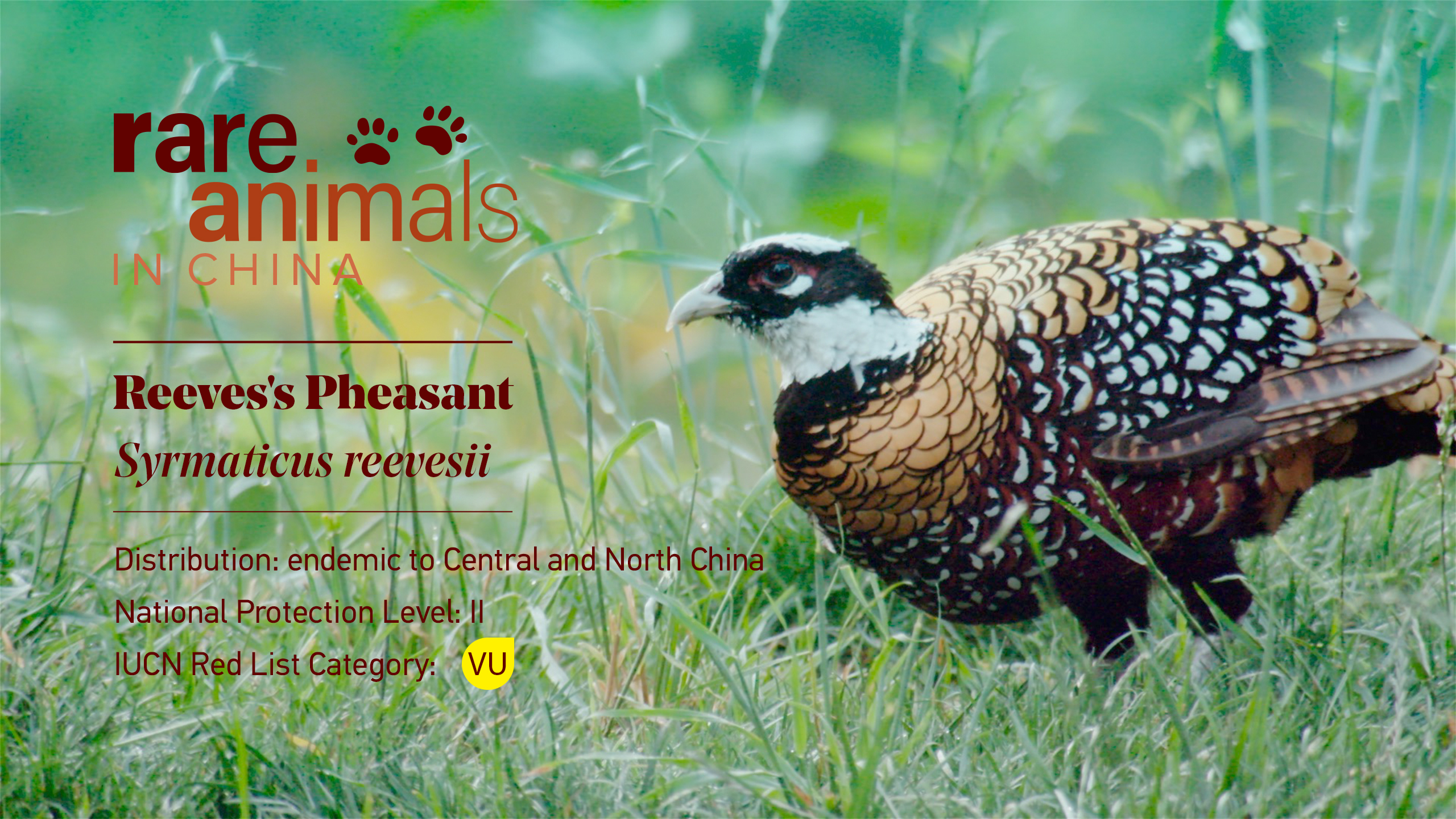 The Reeves's pheasant has the longest natural tail feather of all birds worldwide. A male's tail can measure over two meters. The super long tail is a precious treasure for the bird: the longer tail a male possesses, the more likely it would be preferred by females, as a long, neat tail suggests good health and excellent ability to survive. 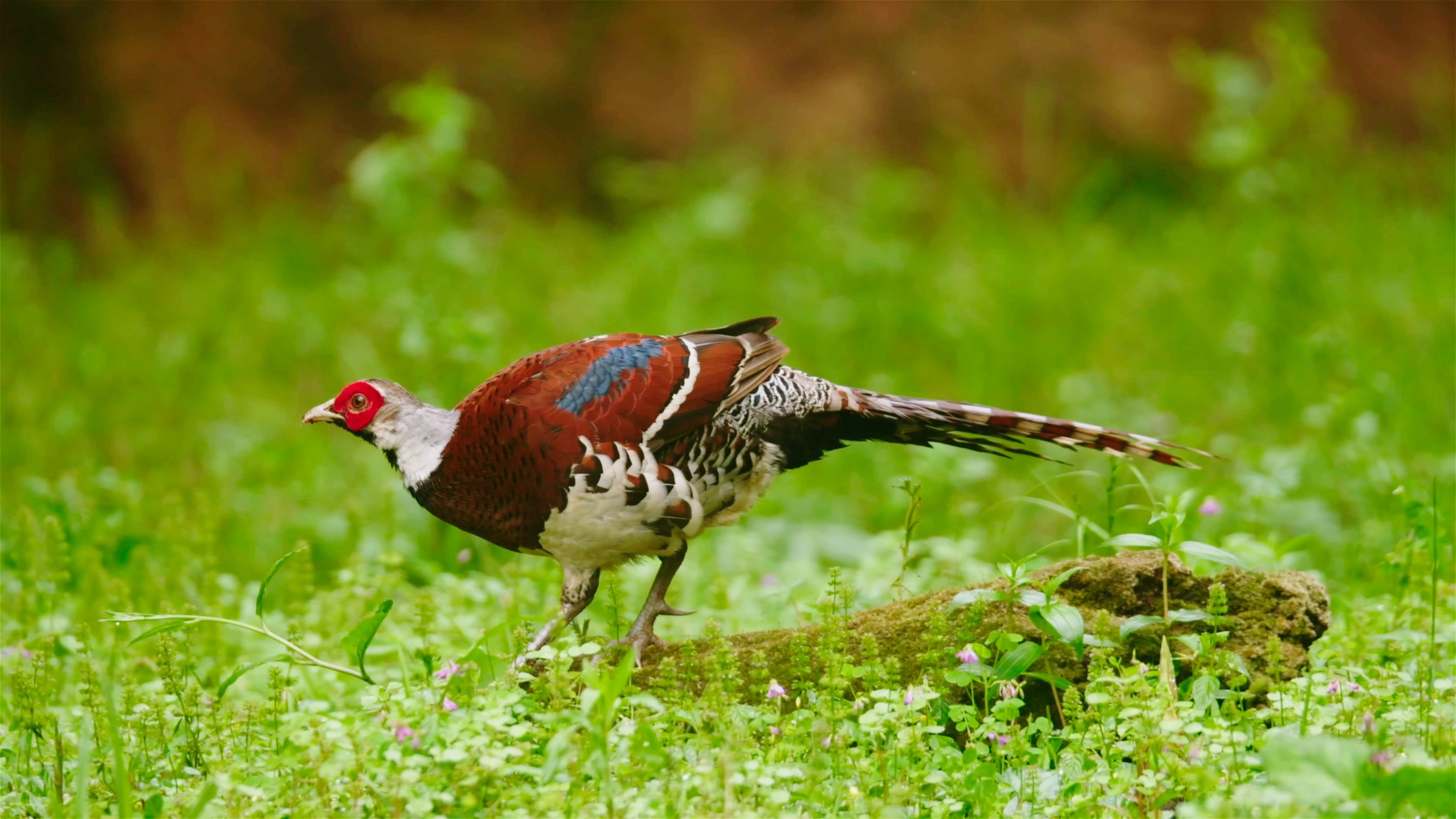 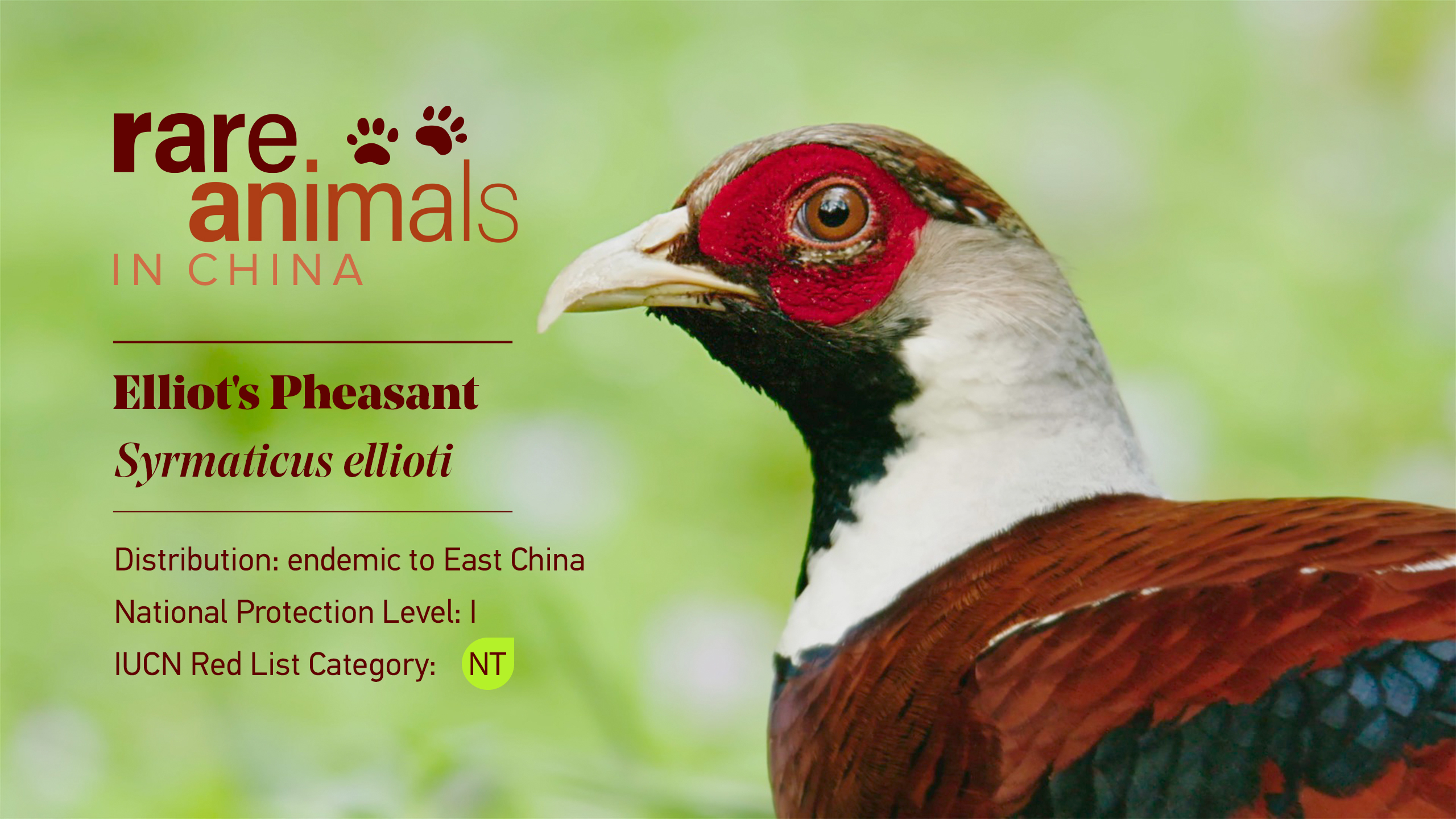 The Elliot's pheasant is a responsible parent. It will take good care of children, feeding them six to seven times a day. For the whole story of the Elliots's pheasant family living in Wuyi Mountains, east China, click here. 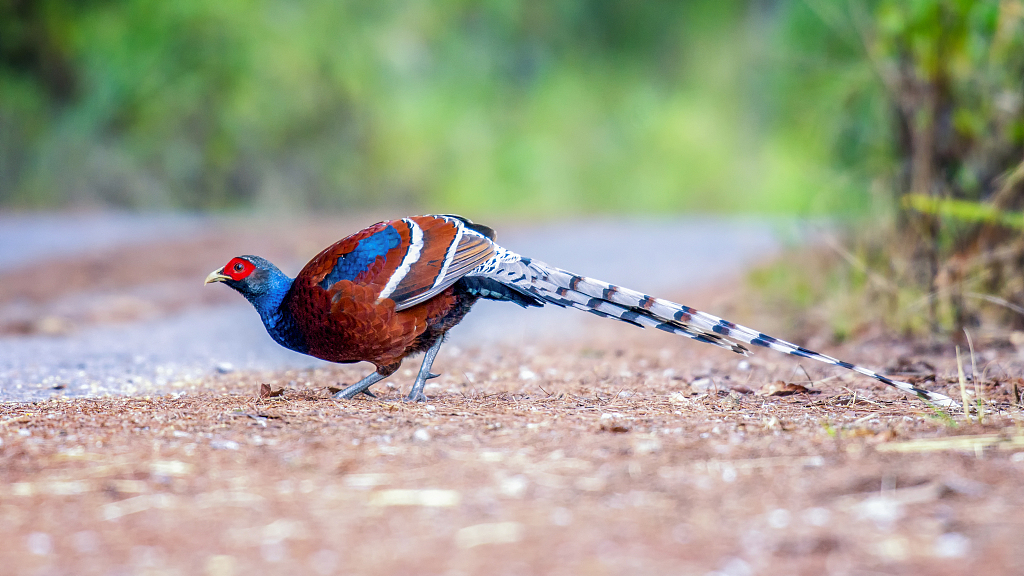 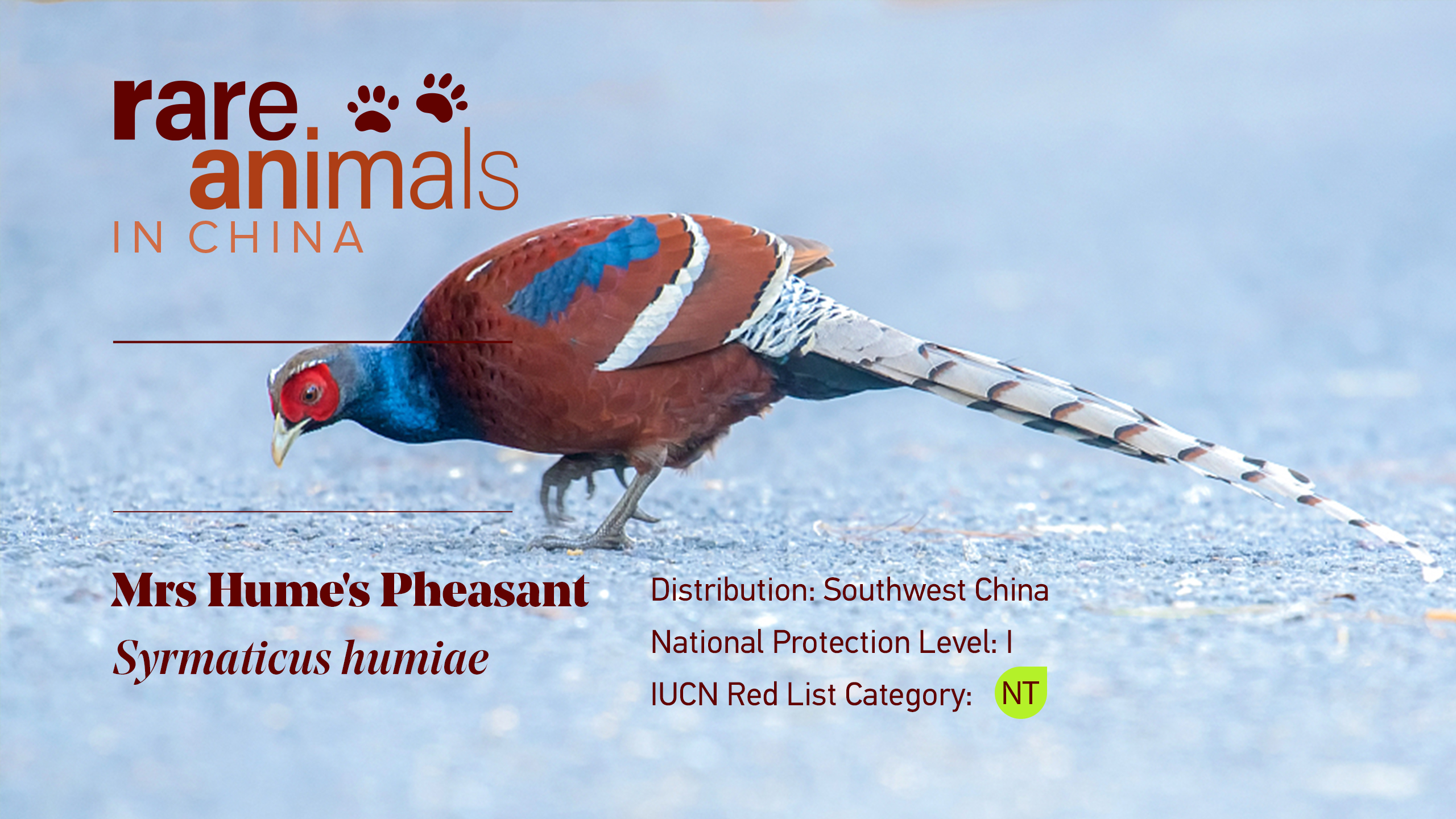 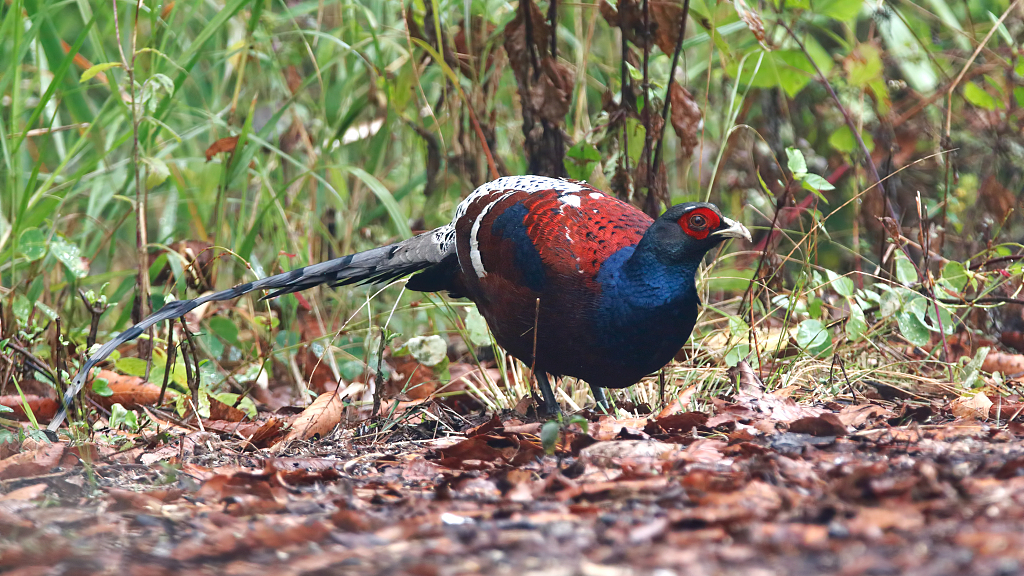 Elliot's pheasant, Reeves's pheasant and Mrs. Hume's pheasant – if you forget the names, just remember the much easier one: chang wei zhi, "long-tailed pheasants" in China!

How many rare animals in China can you list? The giant panda, red panda, snub-nosed monkey, snow leopard?  We want to make sure you can name 100 or more.