The Front Line: My story about lockdown in Wuhan
World Insight with Tian Wei 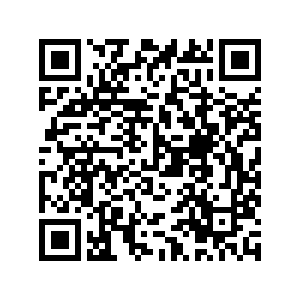 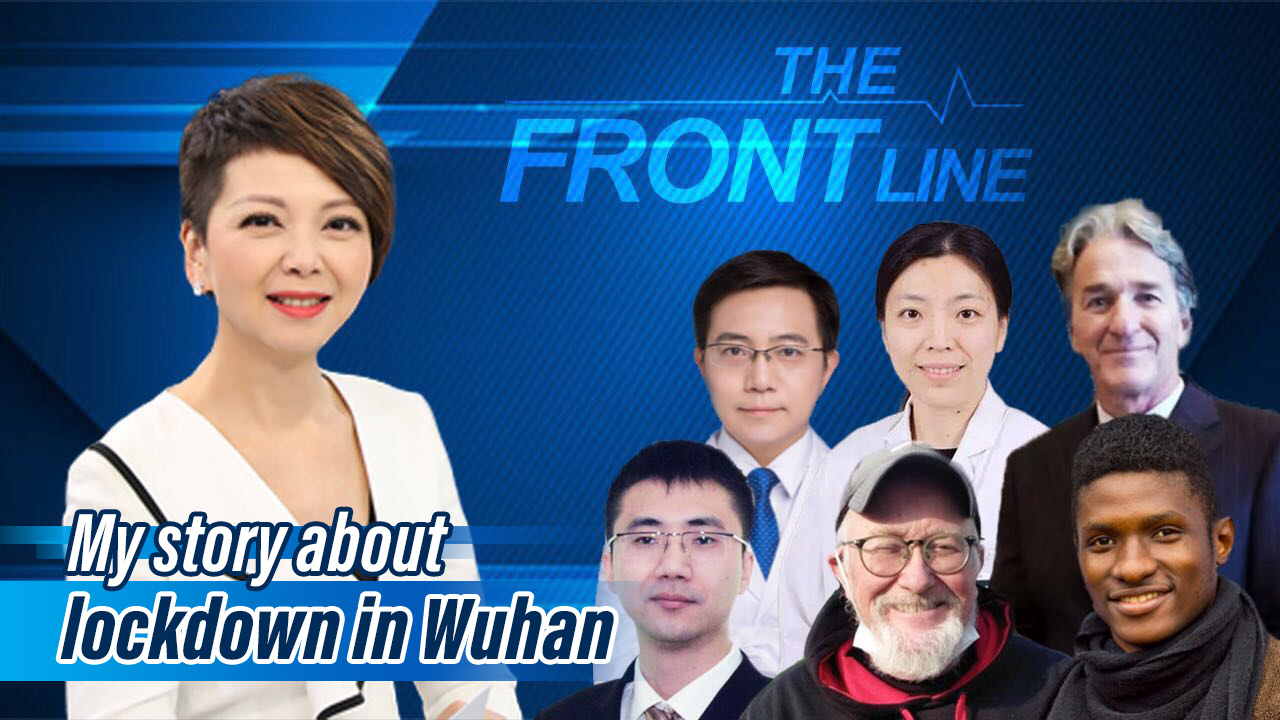 Editor's note: The Front Line is a special series of "World Insight with Tian Wei" on CGTN. Coming into being when the world is dealing with a global public health crisis, it provides a global meeting point for information and experiences. It aims to encourage real cooperation and coordination at a time when all players focus much of their energy fighting the fire at their own turf. In this seventh installment, CGTN host Tian Wei talked to people living in Wuhan who experienced the Wuhan lockdown firsthand.

China lifts the lockdown on Wuhan on April 8, marking a hard-earned milestone in the global battle against COVID-19. Now that Wuhan is reconnected with the rest of the world, CGTN talked to local residents and foreigners settling in Wuhan to reflect on the months of the tough battle.

Xu Beibei, an associate professor of English at Huazhong Agriculture University, spent the time living with his girlfriend's grandma to take care of her while her family members were away. During the two months, Xu put his English courses online, using news articles to teach his students reading.

For a country that is used to online shopping and quick delivery, Wuhan's lockdown first meant a halt to households' daily necessities. How to keep families stocked with supplies was left to community workers and volunteers stationed at the entrance of each community.

Xu said at first he was quite worried about food supplies besides the possibility of getting infection. But a new form of grocery shopping soon took hold.

"We have community officials and volunteers who help build this purchase WeChat group to order things. We order in the WeChat group and they bought stuff [for us] in bulk. And then they delivered the goods to the community. They asked us to go downstairs to pick up our order, but one by one," Xu said.

For some international college students, the lockdown meant staying in campus dormitories. Among them is Sabi Couscous. As an overseas student studying economy and law in Zhongnan University, his Chinese classmates long went back home for the Spring Festival holiday. The campus was almost empty at that time.

"The first day [of lockdown] in the morning I woke up and received a message that the city is going to be locked down by 10 a.m. It became so true when the vice dean of the international education school of our university came to our dormitory and said to me, 'I need to ensure that everyone is doing fine and that you have the necessities. You need hand sanitizers and masks,'" Sabi then went with his vice dean to the logistic department and got the supplies.

Even though it came all of a sudden, Sabi said people on the campus soon geared themselves up. "It seemed like everyone was on board without even having a formal meeting of anything. Everyone said, 'okay, let's do it.'" 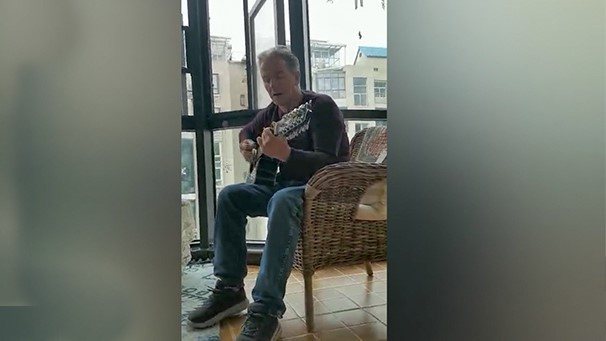 Steve Pederson, a Minnesota native went through more. He traveled back to Wuhan from the U.S. in early January to spend the Spring Festival with his Chinese wife and her family. When the lockdown began, he just couldn't leave them.

"It was somewhat difficult because I don't understand the Chinese television, but I can see that the community was very helpful with getting us food. It was a situation where you had no choice."

He made the best out of it, baking Western apple pies for the family and playing music to occupy the time. But the most difficult part was when relatives in the family eventually got confirmed with the virus.

"I had family members here that were ill. My niece was very surprised at the isolation hospital for the good food everyday and the good care. I'm so happy now that they've all recovered and they've all been released. I really have a great appreciation of all things [done for them]."

What Pederson experienced raised his respect level for Wuhan and deepened his understanding of China. "I've always had a lot of respect for China, but it was a wonderful, wonderful thing to see," said Pederson, "Now I still think it was a good decision [to stay]. I'm very happy with what I decided to do."

When last asked about plans after the Wuhan lockdown was lifted, Xu said he would reunite with his girlfriend, who he cannot meet during the two-month lockdown. Sabi said he would love to play soccer on the campus field again, and Pederson only wished for a walking outside and seeing the spring blossom for himself.