The UK's coronavirus timeline: How it evolved from 'low risk' to now
CGTN 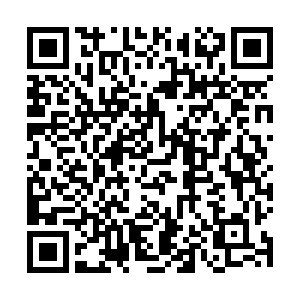 Just 70 days after the first COVID-19 case emerged in the UK, the country has gone from "low risk" to an unprecedented national lockdown, with 55,949 confirmed cases including 6,171 deaths.

January 22, Wuhan announces a full lockdown amid the coronavirus outbreak in the Chinese city. Across the globe in the UK, where no cases of COVID-19 have been found yet, Public Health England (PHE) said it is moving the risk level of coronavirus up from "very low" to "low."

January 29, the government brings back the first group of Britons from Wuhan in a chartered plane, and all passengers are required to go into a 14-day quarantine at a hospital.

Meanwhile, the first two cases of COVID-19 are confirmed in UK.

February 6, the first so-called "super spreader" is found in UK, who contracted the virus in Singapore and later infected 11 other patients, five of them in Britain.

At this point, the government decides not to follow the examples of Italy and China to impose strict restrictions on people's movements to block transmission. Instead, the government introduces a range of voluntary restrictions such as "social distancing" and self-isolation if the symptoms are exhibited. 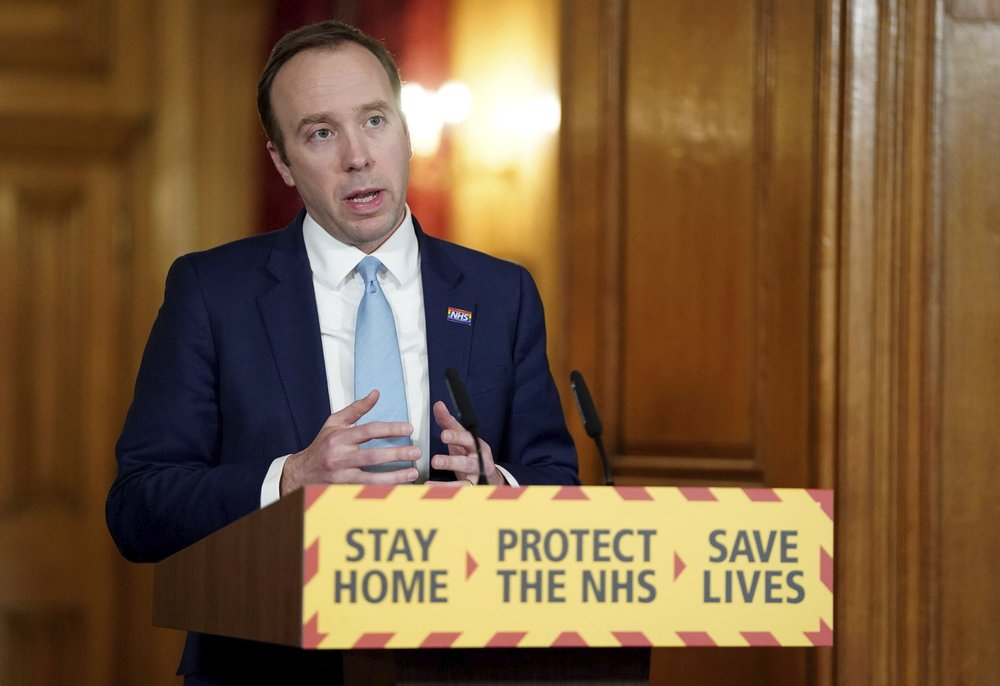 February 10, when the number of confirmed cases reaches eight, health secretary Matt Hancock moves to allow "strengthened powers" for public health officials to quarantine people against their will, if necessary.

However, reports follow that one person quarantined at the Wirral was "threatening to abscond" from the isolation unit despite signing a contract agreeing to a 14-day quarantine period after returning from Wuhan.

February 15, Chief Medical Adviser Chris Whitty explained the government's response to the coronavirus crisis in four strategic phases, "the first one is to contain; the second of these is to delay; the third of these is to do the science and the research, and the fourth is to mitigate so we can brace the NHS."

February 23, four British nationals repatriated from the Diamond Princess cruise ship docked on the coast of Japan test positive for COVID-19, bringing the total number of cases in the UK to 13. The Diamond Princess has the largest cluster outbreak outside of China and hundreds on board are infected.

February 28, first Briton dies from COVID-19, on board the Diamond Princess.

March 5, a woman in her 70s with underlying health conditions becomes the first person in the UK to die after testing positive for coronavirus. Meanwhile, the number of confirmed cases starts to surge and passes 100. Westminster calls an emergency meeting over a possible shutdown of Parliament.

March 10, Nadine Dorries, a junior health minister, becomes the first MP to test positive for coronavirus. She says she has been self-isolating at home. Before she was diagnosed with COVID-19, she had attended a Downing Street reception at which Britain's Prime Minister Boris Johnson was also present.

March 11, Hancock insists that the government is "rolling out a big expansion of testing." NHS England says the plan is to increase coronavirus testing to 10,000 people each day.

The World Health Organisation (WHO) officially declares a pandemic. 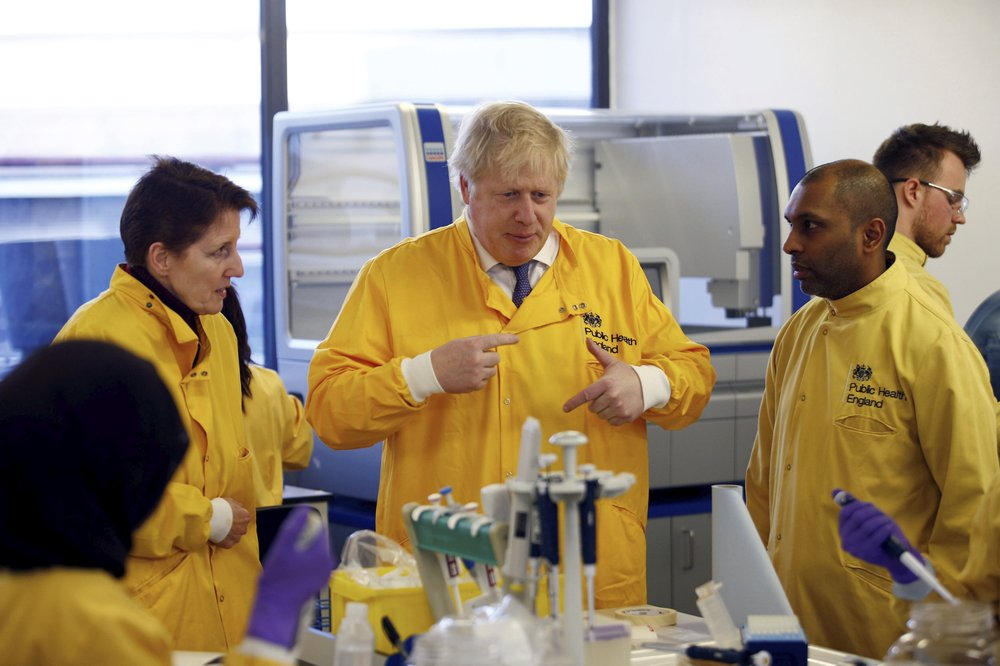 March 12, Britain moves from the "contain" phase of the crisis to the "delay" phase. In turn, Boris Johnson announces that health workers will stop testing people at home, and only test people already in hospitals.

March 15, Hancock warns that over-70s will be asked to "self-isolate" by not leaving their homes for an extended period "within weeks," after the number of confirmed cases of COVID-19 passes 1,000.

March 16, the WHO urges countries to "test, test, test." Boris Johnson makes another promise of carrying out 25,000 tests a day but provides no details. 5,779 tests are carried out that day.

Meanwhile, the prime minister advises everyone in the UK to avoid "non-essential" travel and public gatherings in pubs, clubs and theaters, and work from home if possible in his first daily briefing for the coronavirus outbreak.

March 17, Chancellor Rishi Sunak unleashes 330 billion pounds (about 407 U.S. dollars) of government-backed loans and more than 20 billion pounds in tax cuts for companies threatened by the economic slowdown. This is the biggest government emergency package support for businesses since the 2008 financial crisis.

March 20, most schools are closed until further notice based on the announcement three days ago. The prime minister finally escalates government's response to the crisis with an order to shut down all pubs, cafes, restaurants, bars and gyms. 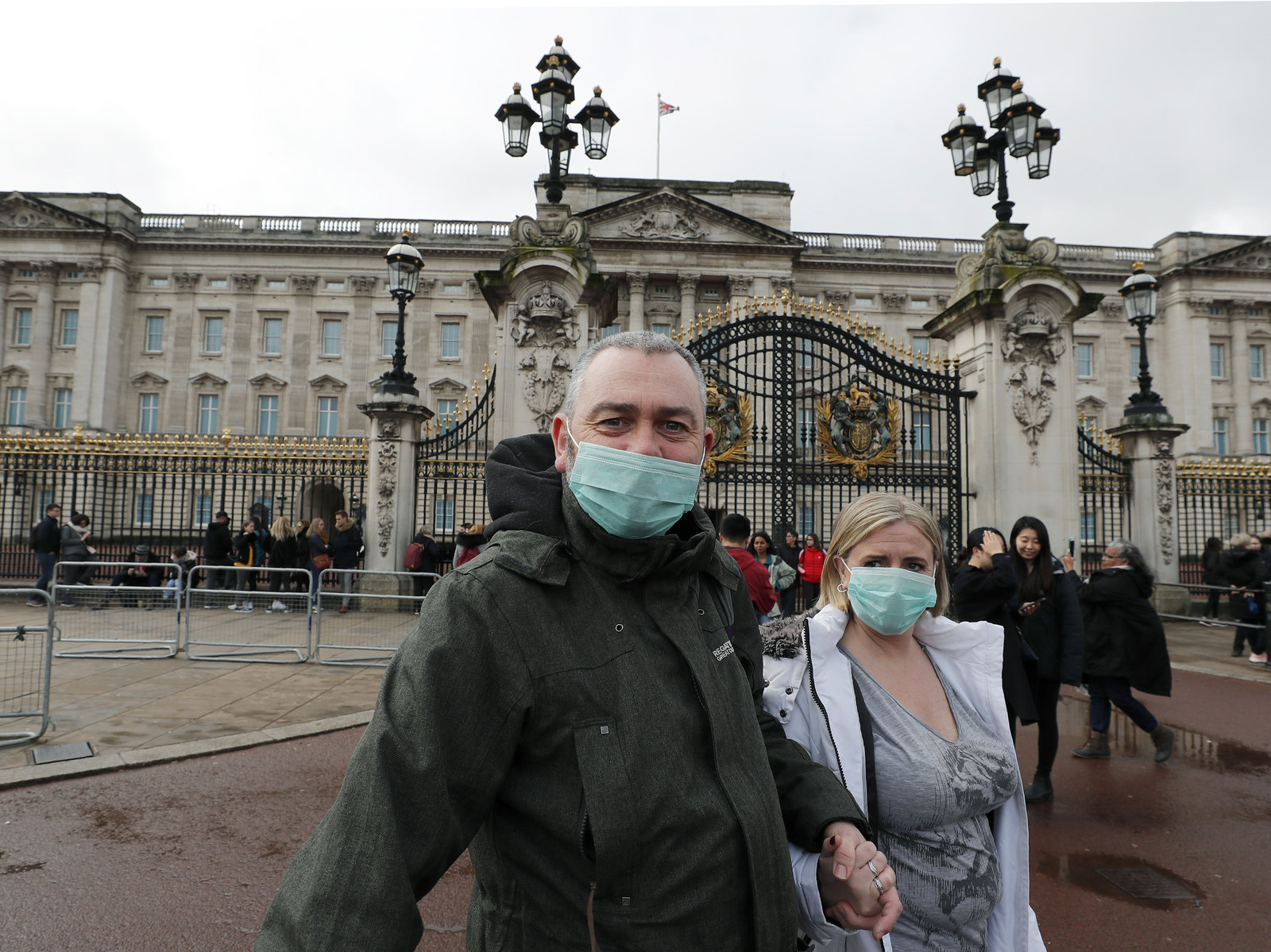 A couple wear face masks as they visit Buckingham Palace in London on March 14, 2020. /AP

A couple wear face masks as they visit Buckingham Palace in London on March 14, 2020. /AP

March 23, Britain officially announces a nationwide lockdown – a drastic set of measures to restrict movement and assembly, as 6,650 people are diagnosed as positive with COVID-19, and 335 have died.

Boris Johnson declares the coronavirus outbreak during a national address as a "moment of national emergency." The police will be granted powers within days to enforce the government's "social distancing" measures.

March 25, the Coronavirus Act 2020 is passed granting officials "unprecedented" powers. According to this act, the health secretary can halt events and gatherings for the purpose of preventing the transmission of coronavirus. It also grants police, immigration officers and health officials powers to detain "potentially infectious" persons.

March 27, Boris Johnson says he has tested positive for the coronavirus and that he will self-isolate in Downing Street. Hancock also tests positive, and begins self-isolating after developing symptoms.

Meanwhile, Michael Gove announces a "new alliance" between the government and businesses, research institutes, universities, aiming to boost antigen testing capacity to check if frontline workers have the virus. He says hundreds of people will receive the tests over the weekend and that there will be a "dramatic" increase in testing the following week.

April 1, Downing Street confirms that only 2,000 people out of 500,000 frontline NHS England workers have been tested for coronavirus so far. A total of 9,793 tests are carried out that day, still short from the 10,000 promises NHS made on March 11.

April 3, a weary-looking Johnson says he will remain in isolation as he continues to have mild symptoms of COVID-19, including a high temperature, a week after he tested positive for the virus. 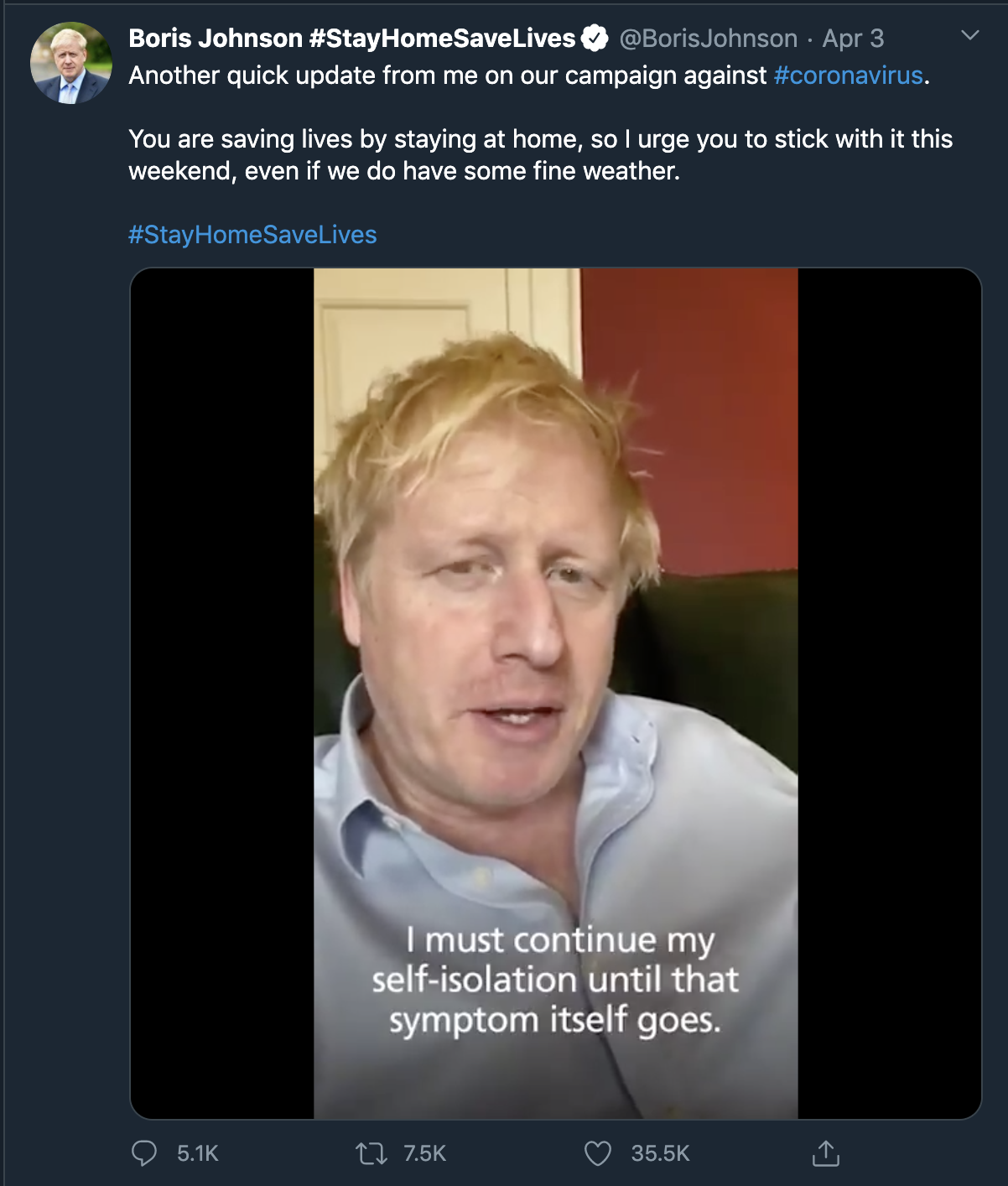 Meanwhile, Hancock tells broadcasters that the prime minister's 25 March commitment to getting to 250,000 tests a day "still stands," but that he wants to "put a very clear timeline" on the goal to get to 100,000 by the end of the month.

April 5, Downing Street announces in the evening that Johnson has been taken to hospital as a precautionary measure because of the persistent nature of his symptoms 10 days after he first tested positive.

April 6, Downing Street issues a statement saying that the prime minister's condition has "worsened," and he has been transferred to an intensive care unit (ICU) on the advice of the medical team.

Downing Street suggests that the former deadline of the national lockdown of April 13 will be extended.

April 7, Boris Johnson spends his second night in the ICU. Dominic Raab, in his role as first secretary, has been deputizing for the prime minister.