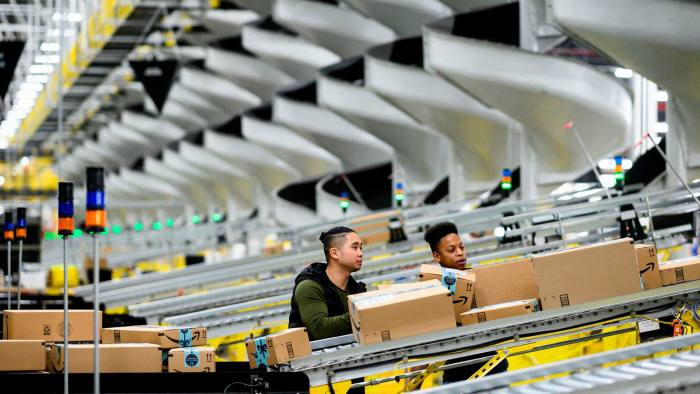 Editor's note: Dambisa Moyo, an international economist, is the author of four New York Times bestselling books, including "Edge of Chaos: Why Democracy Is Failing to Deliver Economic Growth – and How to Fix It." The article reflects the author's opinions and not necessarily the views of CGTN.

If the 2008 global financial crisis laid bare the worst of capitalism, the private sector's response to the COVID-19 pandemic is already showcasing the very best.

COVID-19 cases have now surpassed 1 million worldwide, with the death toll above 70,000 and rising. The full extent of the global economic impact remains unknown. What we do know is that the world urgently requires a herculean response from both governments and the private sector to avert a devastating recession.

Since the 2008 crisis, corporations have faced harsh criticism and even accusations of maximizing profits without due consideration of society's broader needs. Today, however, we see corporations stepping up in response to the global health crisis. While some companies will need government assistance to survive, given the severity of the crisis, others can ease the overall burden on government by becoming part of the solution.

For starters, leading pharmaceutical companies have redirected resources toward the development of COVID-19 diagnostics, therapeutics, and, one hopes, a vaccine. The Swiss health-care giant Roche, for example, created the first commercially approved COVID-19 test. The U.S. Food and Drug Administration's decision to give the company emergency permission to sell its test to labs in the United States will enable a significant improvement in the country's lagging capacity for testing. Google's health subsidiary Verily, for its part, reportedly redirected 1,700 engineers to develop a web-based COVID-19 screening test.

Meanwhile, some health insurers – particularly in the U.S., where private companies account for the majority of health coverage – have adjusted their terms to enable people to get the medical care they need. Blue Cross and Blue Shield's Federal Employee Program, which covers millions of government workers and their families, is waiving co-payments for treatment and testing, which can run into the thousands of dollars.

Many more industries, such as automobile producers, are also contributing. They have redeployed their resources from revenue-generating activities to the production of vital equipment, such as protective gear for frontline health workers (including surgical masks, face shields, and gowns) and ventilators. 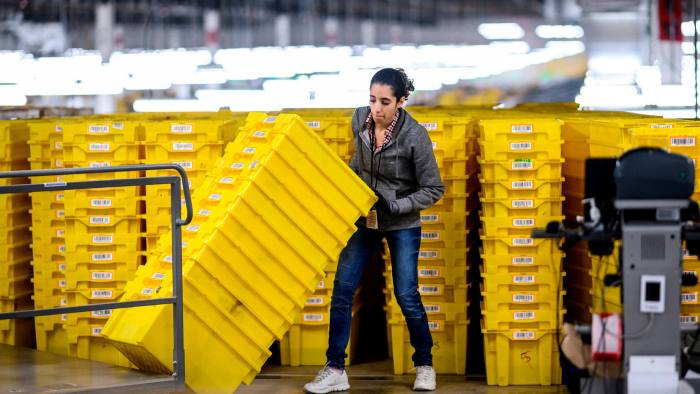 An Amazon worker in New York, before the coronavirus outbreak. /AFP

An Amazon worker in New York, before the coronavirus outbreak. /AFP

Similarly, the U.S. retailer Walmart has agreed to convert some of its stores' parking lots into COVID-19 testing sites. And hotels in Germany, the United Kingdom, and the U.S. have repurposed themselves into makeshift hospitals to help cope with the surge in patients.

Private companies have also facilitated adherence to social-distancing and quarantine rules, by expanding deliveries of food, household items, and other incidentals. Thanks to fast decision-making and operational flexibility by suppliers and producers, the flow of needed goods has continued largely uninterrupted in many places.

To keep up with surging demand, many such companies have even started hiring. Amazon, for example, has pledged to create 100,000 new jobs that pay more than minimum wage. Such efforts are particularly valuable at a time when forced shutdowns are contributing to spiking unemployment. In the U.S., a record 6.6 million workers filed for unemployment benefits in one week in March. The week before, 3.3 million filed claims – nearly 10 times the previous record of 695,000, set in 1982.

Private-sector interventions free up public resources for activities that are firmly within the state's purview, such as ensuring the continued provision of education, health care, infrastructure, and other basic public goods. Moreover, governments must pursue aggressive fiscal measures, including bailouts for the most affected sectors (such as airlines and the cruise-ship industry) and direct support for workers and small businesses. In the U.S., 2 trillion U.S. dollars will now be channeled toward such measures – the single largest fiscal package in the country's history.

Government also will be instrumental in injecting liquidity into the economy to avoid a credit crunch. Already, some central banks – including the U.S. Federal Reserve, the European Central Bank, and the Bank of England – have implemented aggressive interest-rate cuts, and pledged financial support to enable banks to offer low-cost loans and repayment holidays to businesses and individuals affected by COVID-19.

All of this is essential to buttress the economy, and it would be much harder to achieve if the private sector was not contributing to the fight against the pandemic. Likewise, recovering from what is almost certain to be a deep recession, and rebuilding the global economy, will also require private-sector commitment, as will addressing other global imperatives, including poverty reduction, broadening access to quality education, and combating climate change.

Meeting all of these challenges demands the kind of innovation at which the private sector excels. If private firms maintain the foresight, adaptability, and compassion that many have shown in recent weeks, they will emerge from this crisis having established their true value to the economies and communities they serve.