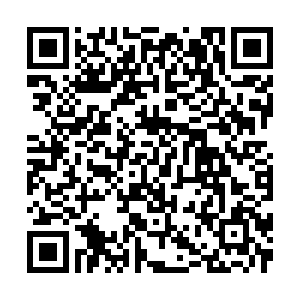 As several European borders limit travel to stop the spread of COVID-19, two of the world's biggest pulp makers say transportation logjams are delaying shipments of the raw material – the only ingredient in the toilet paper that people are hoarding to weather quarantines.

In March, countries including Norway, Germany and Spain shut their borders to non-essential travel. Freight can still pass through, but enforcing the new rules holds up deliveries to cargo trains and vessels bound for warehouses and factories in North America and China.

As a result, Finland's Metsä Fibre and Sweden's Södra Cell International told Reuters that truckloads of pulp going through Europe are getting caught in traffic jams for hours, or even a couple of days. 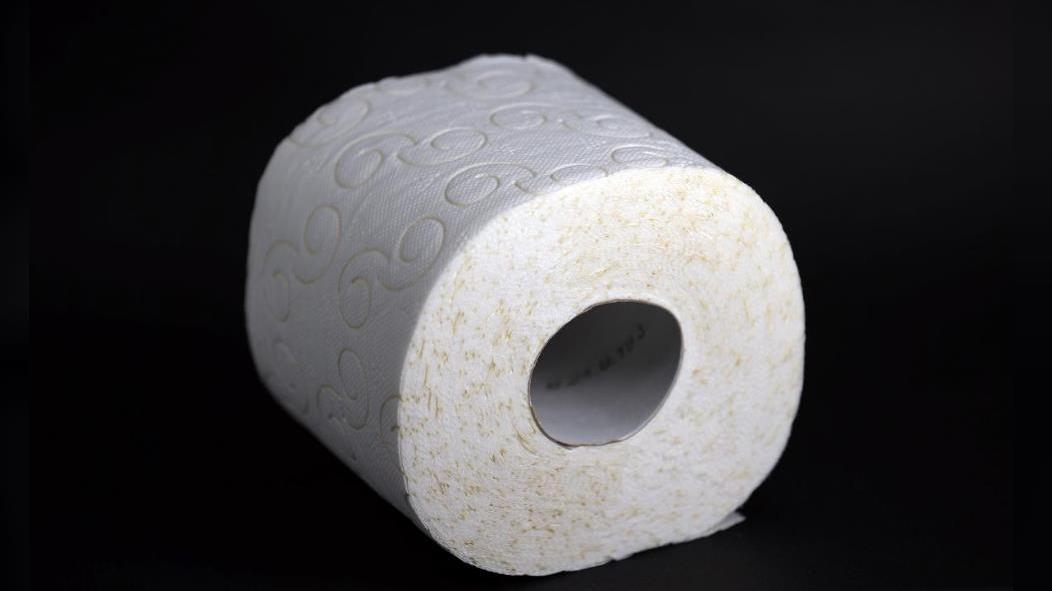 Pulp-based products – like Kimberly-Clark's Cottonelle toilet paper and P&G's Pampers diapers – are among the most sought-after goods worldwide as people stay home to slow the spread of coronavirus. While consumer companies currently have enough stock of most products to meet the unprecedented demand, they are urgently ramping up production so they have inventory on hand if quarantines extend.

Even brief delays of pulp will stop machines from running – a waste of time and money that will drive up costs.

"Normally you don't need to worry about transportation; is it on time? Has it left? Is it in cargo? We have to have more communication to minimize the risk," said Ari Harmaala, head of sales at Metsä Fibre, the world's second largest softwood pulp producer and a vendor to Kimberly-Clark.

To meet deadlines, pulp suppliers are hunting for new drivers, putting more trucks on the road and redirecting shipments, industry data firm Pulp & Paper Industry Intelligence (PPI) said. That is prompting some pulp suppliers to shift to rail for deliveries, according to Steven Sachoff, editor for PPI Europe. Many truck drivers are also quitting because they don't want to risk getting sick far from their homes. Metsä and Södra said they have not missed deadlines so far.

"Consumer products are so unique to each company that often, the specific ingredients needed can only be provided by a few suppliers," said Michael Reynen, a former P&G product developer in Europe. If a company can only use one type of raw material, it cannot be delayed, Reynen said.

Made from wood chips or recycled paper, softwood pulp costs about 455 U.S. dollars a ton and is a key part of tampons, sanitary pads and diapers. To make toilet paper, softwood pulp is combined with hardwood pulp – made from trees like eucalyptus – which costs about 565 U.S. dollars a ton. As many as 1,000 rolls of toilet paper use the pulp of one eucalyptus tree. 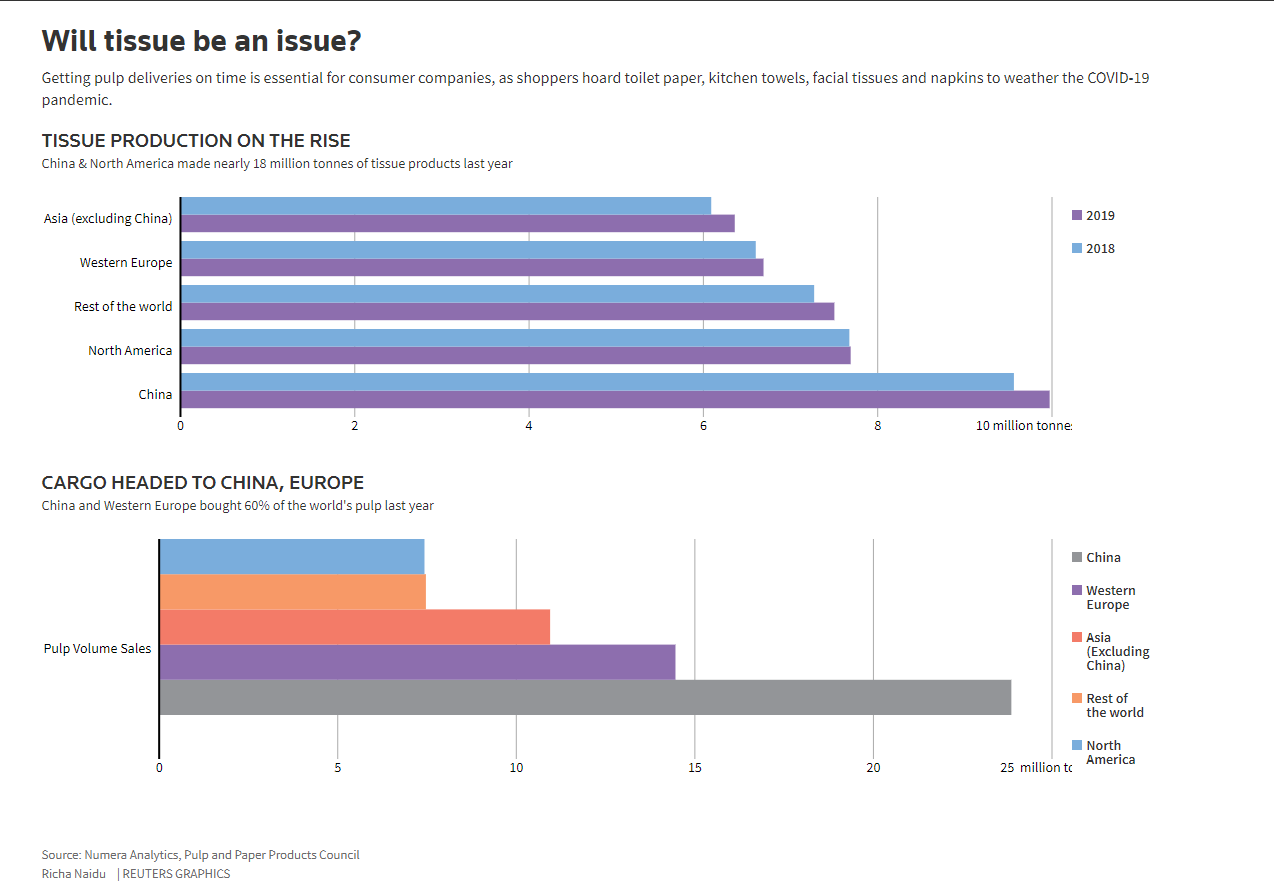 Data firm PPI said this month that several suppliers across the industry had reported increased demand from tissue and toilet paper makers. PPI said the rise in calls is also a result of supplier inventories tightening, after many producers cut excess inventories before the pandemic to get over a year-long pulp supply glut.

"All of them are concerned about this and want to know what kind of war plan we have if there is a shortage or if there will be delays," Södra sales director Marcus Hellberg told Reuters. Södra, a supplier to P&G, Kimberly-Clark and Essity, harvests pulp from more than two-and-a-half million hectares of pine and spruce trees to make just under two million tonnes of softwood pulp a year.

"It's the hoarding effect that creates this tension in supply."

Klabin S.A., a top Brazilian pulp producer, told Reuters it has seen a jump in demand for softwood pulp from consumer companies worried about possible delays in deliveries of imported pulp from Argentina and the United States. 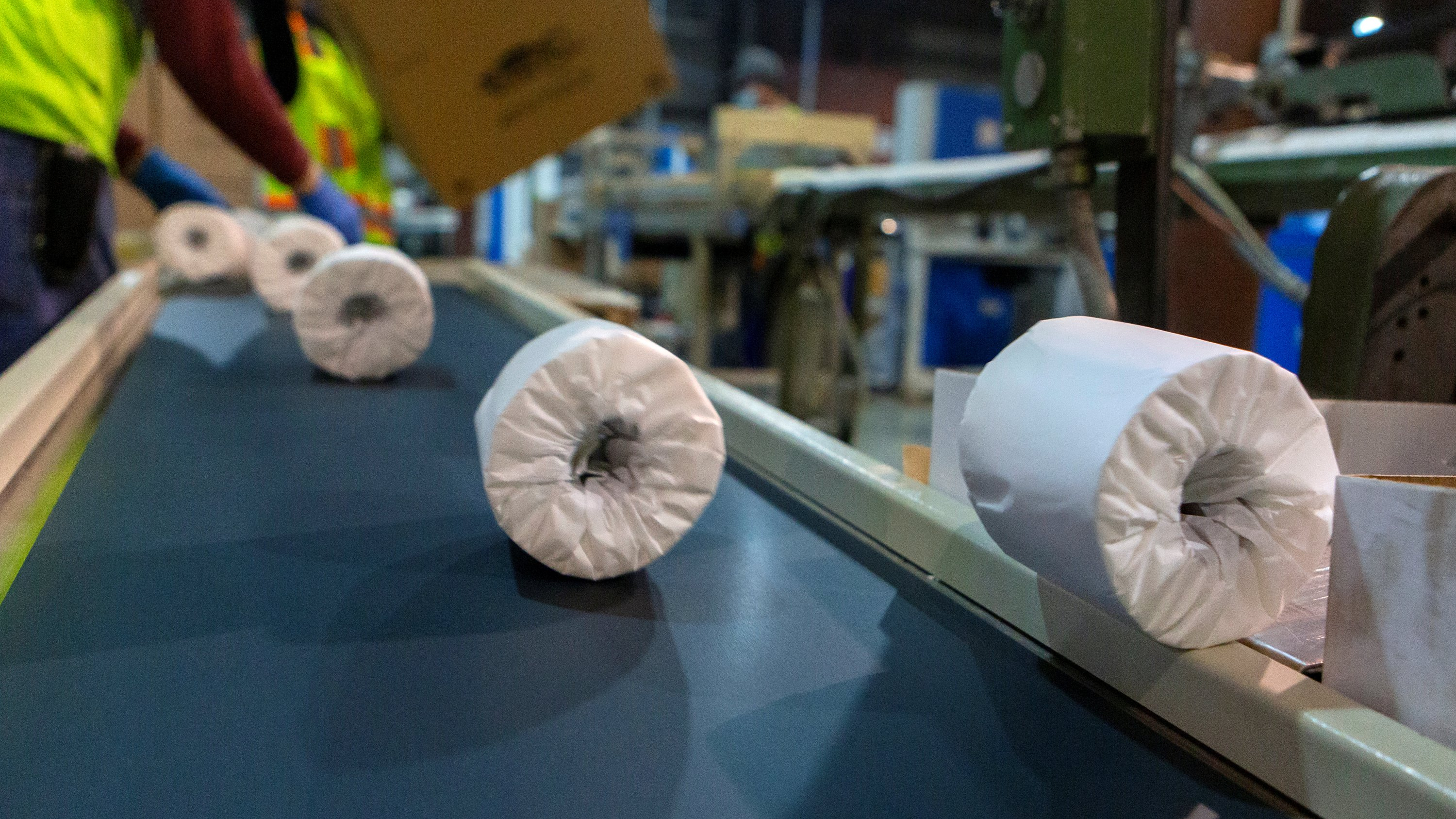 Individually wrapped rolls of toilet paper move down a line to be boxed at Tissue Plus in Bangor, Marine, U.S., April 7, 2020. /Reuters

Individually wrapped rolls of toilet paper move down a line to be boxed at Tissue Plus in Bangor, Marine, U.S., April 7, 2020. /Reuters

P&G, which makes Charmin toilet paper, said it is trying to get U.S. tissue products to retailers "as fast as humanly possible" making and shipping them "at record high levels." The company – which uses European pulp in many personal hygiene products and North American and Latin American pulp to make tissue – recently restarted an idled toilet paper production line at a plant in Albany, Georgia.

Rival Kimberly-Clark said it is also speeding up production and reallocating inventory to meet the high demand. P&G and Kimberly-Clark declined to comment about whether their pulp supply chains had been disrupted.

Sweden's Essity, the world's second-largest consumer tissue maker and owner of the Tork brand, told Reuters it is seeing transportation delays, but that it currently has enough pulp to weather them.

Just over 64 million tonnes of pulp were produced last year, 38 percent of which was used in products like toilet paper, kitchen towels and face tissues, according to the Pulp and Paper Products Council. Tampons, diapers and pads need about five million to six million tonnes. China is the biggest consumer of pulp, followed by North America and Western Europe. Globally, more than 1.34 million people have been infected and at least 76,000 have died due to the novel coronavirus.

"Now is the moment to make toilet paper – we'll have to make sure that we can produce and deliver as much pulp as possible," Metsä Fibre's Harmaala said.