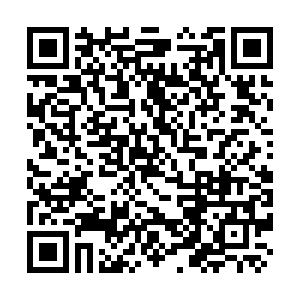 Editor's Note: The World Health Organization (WHO) declared COVID-19 a pandemic on March 12. As of April 9, the WHO announced that around 211 countries and regions have confirmed over 1.28 million cases, with more than 72,000 deaths. CGTN's live program "COVID-19 Frontline" invites medical workers and experts from China and all over the world to share their experiences and take questions from social media users, in the hope of providing more information to those who are battling against the pandemic. 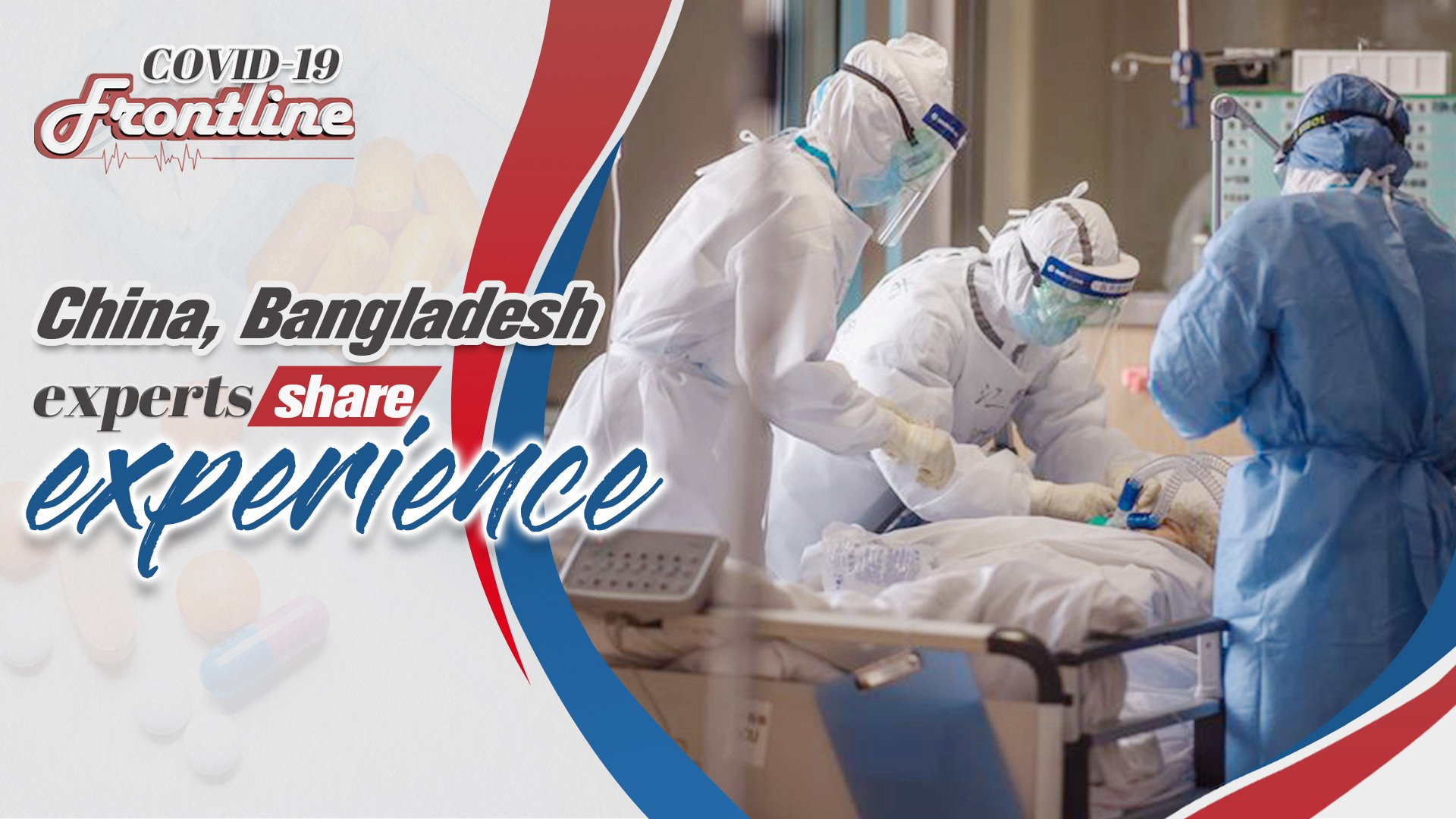 An experience-sharing conference was held on Wednesday afternoon, with officials and experts from China and Bangladesh communicating online through video connections.

It is one episode of "COVID-19 Frontline," which was made possible through collaboration between the Chinese Embassy in Bangladesh and the Shanghai Municipal Health Commission. The conference saw the participation of Chinese Ambassador to Bangladesh Li Jiming, Minister of Health and Family Welfare of Bangladesh Zahid Maleque, Director of the Directorate General of Health Services Abul Kalam Azad, Major General of the Directorate General of Medical Services Mohammed Fashiur Rahman and medical experts. 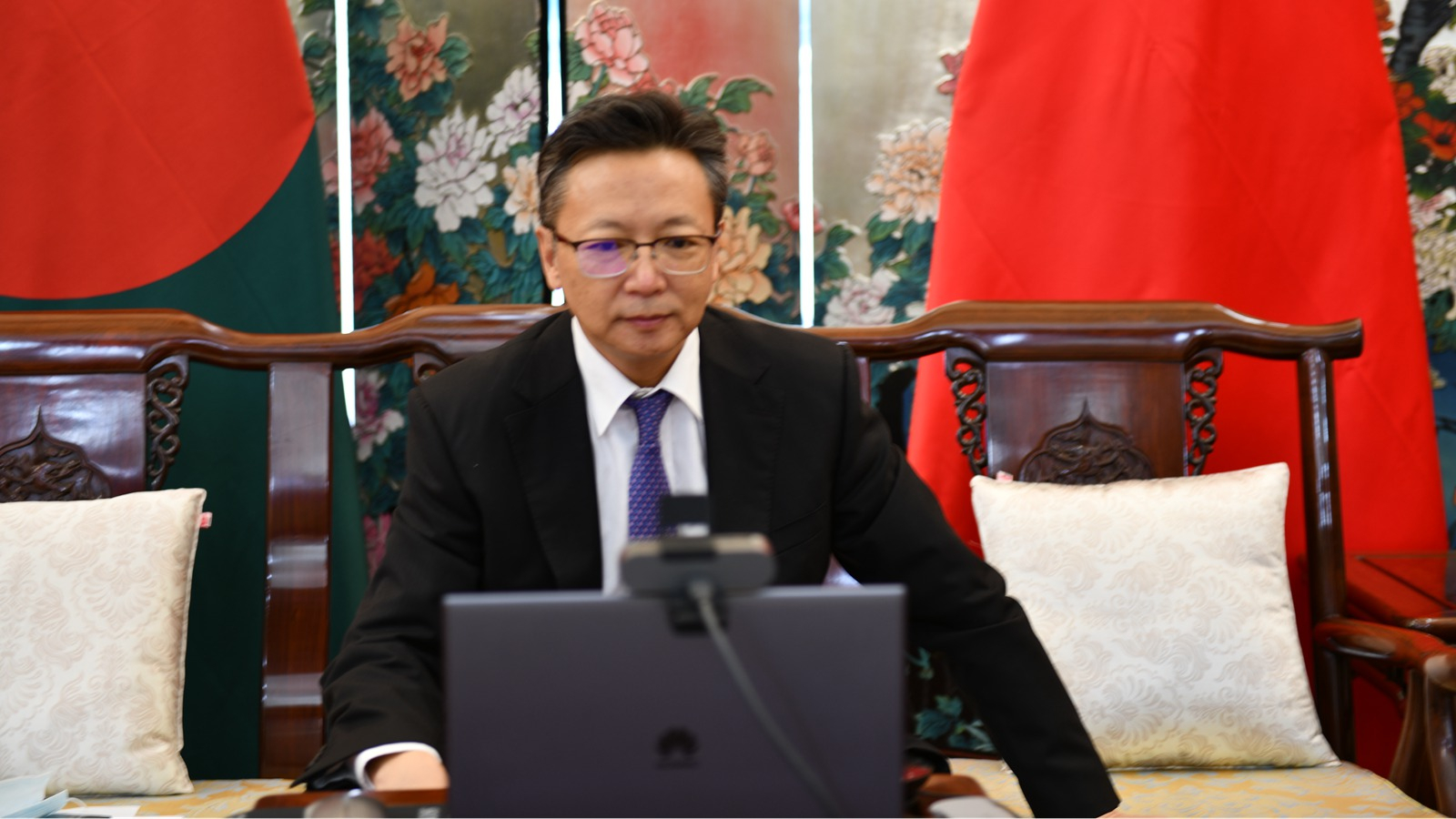 Zhang Wenhong, head of the Center of Infectious Diseases of Huashan Hospital of Fudan University, represented the Chinese experts.

Zhang has been leading the prevention and treatment of COVID-19 in Shanghai since the outbreak and has achieved national fame for being honest and candid about the situation. 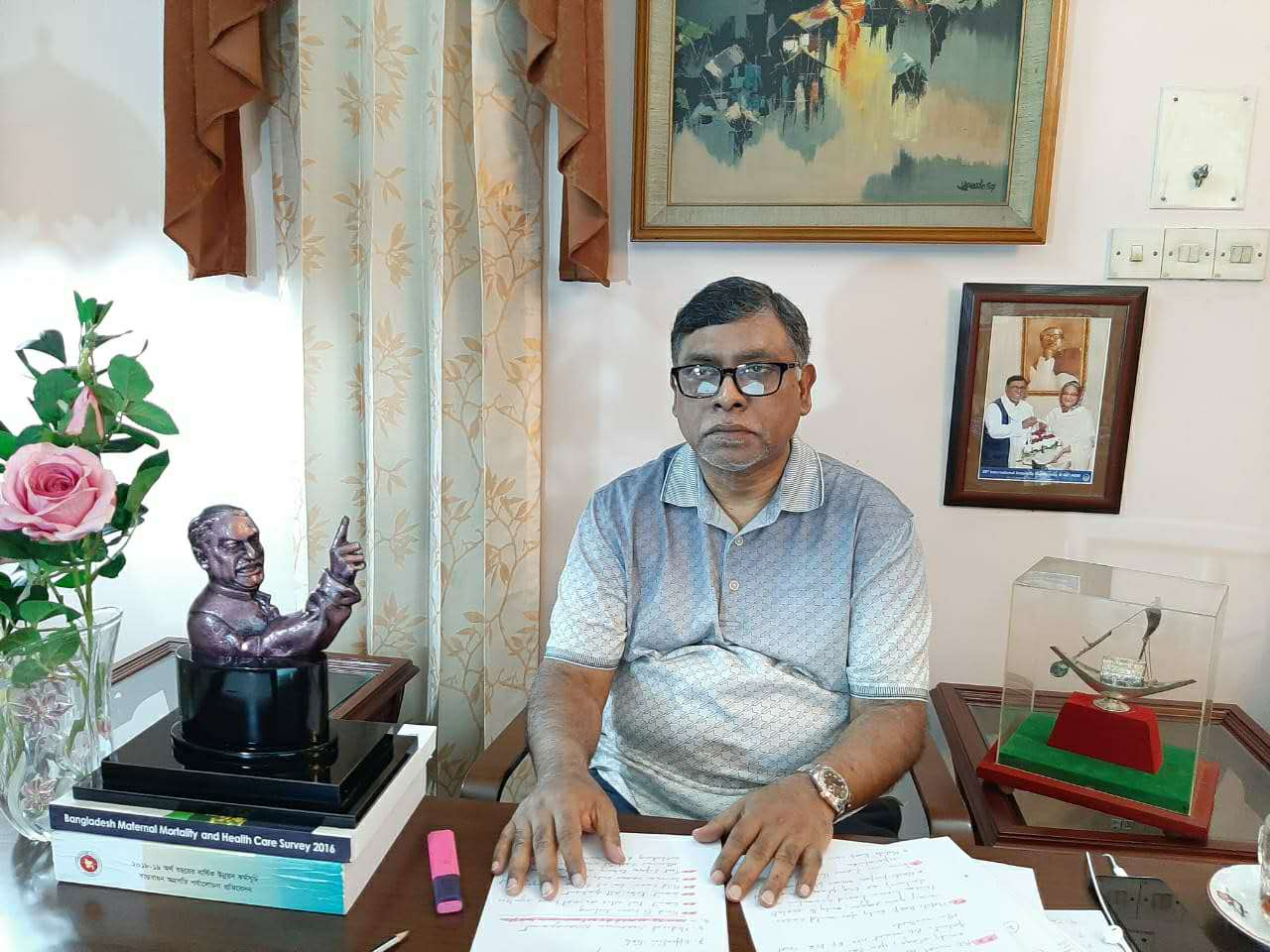 Zahid Maleque, Minister of Health and Family Welfare of Bangladesh, attends the experience-sharing conference via the internet, April 8, 2020. /CGTN

Zahid Maleque, Minister of Health and Family Welfare of Bangladesh, attends the experience-sharing conference via the internet, April 8, 2020. /CGTN

Time window is crucial in the early phase

According to the experts from Bangladesh, the country confirmed its first COVID-19 case in early March and the total number has now surpassed 100. They are eager to learn how to contain the coronavirus from spreading and how to deal with the treatment.

Zhang said testing and quarantines are the key elements at the beginning of the outbreak.

"From our experience, we conducted complete tests and diagnosis on all suspected cases in the beginning and quarantined the confirmed cases. Meanwhile, the Centers for Disease Control gave them nucleic acid tests and PCR tests," Zhang said. 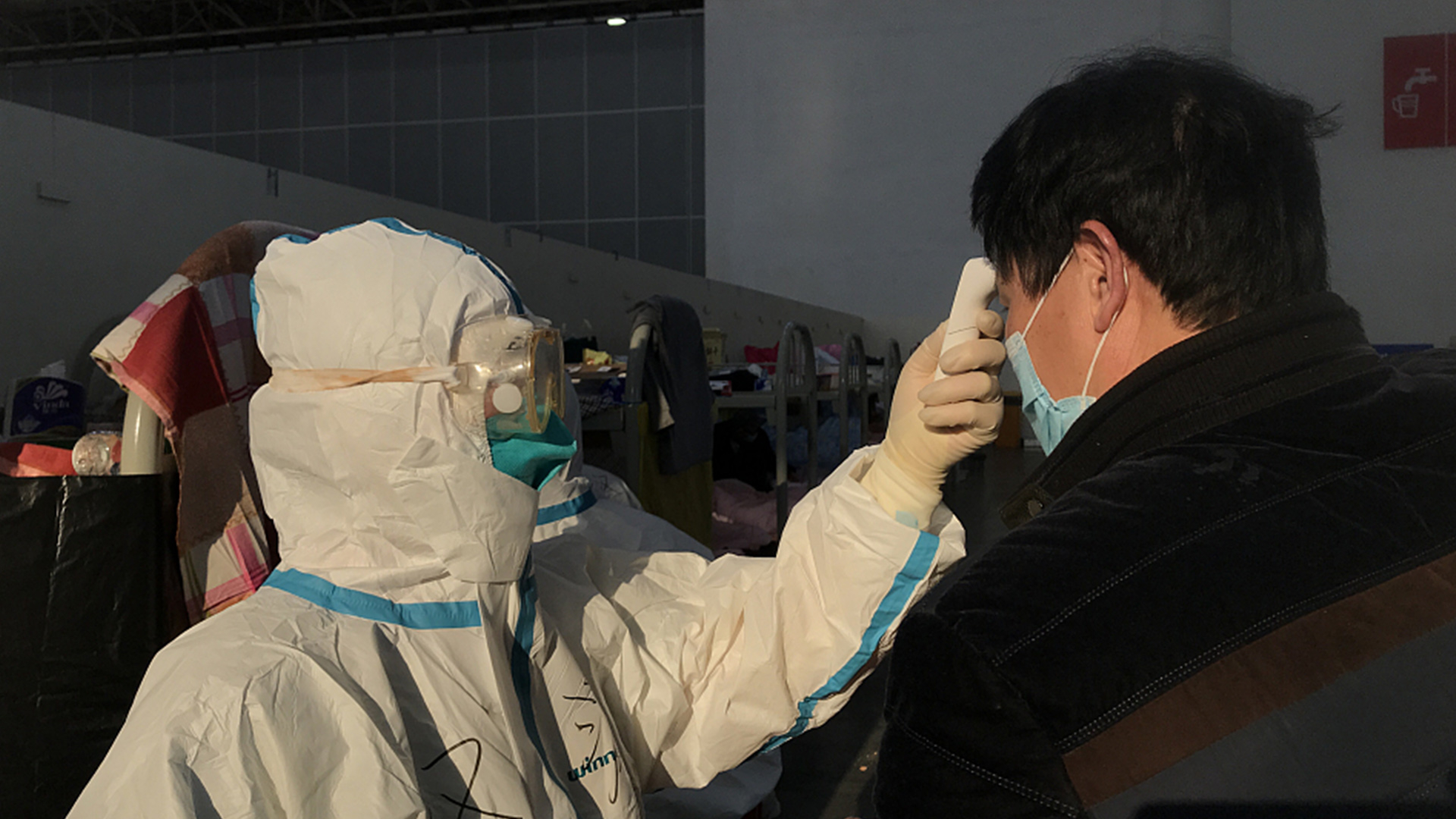 He cited the U.S. as a comparative example. The first case appeared in Shanghai and the U.S. at almost the same time around January 20. But as of March 8, the U.S. tests around 55 people per million, while Shanghai tests 3,000 per million.

Shanghai lowered its emergency response from top- to secondary level on March 24. Meanwhile, according to data from Johns Hopkins University, the confirmed cases in the U.S. have surpassed 420,000 as of April 9. 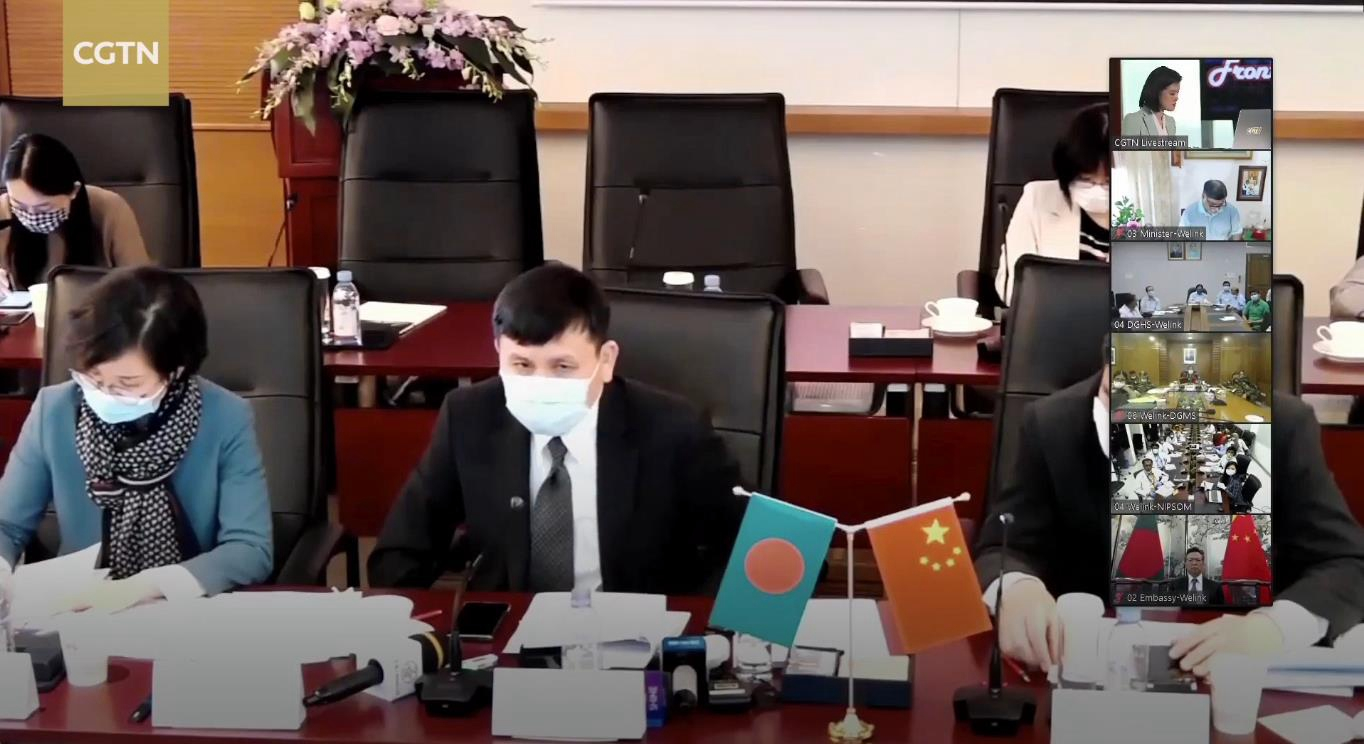 Zhang also stressed the importance of tracing the close contacts or the people the patient came into close contact with because the virus has an incubation period of two weeks. It is impossible to stop the spread without screening and separating those who are infected from that group of people. He said the curve flattened in areas like Singapore and Hong Kong because of similar screening and isolation measures.

"Once continuous community spread appears, we would be left with no chance to contain it," Zhang said.

Zhang said social distancing is a must for containing the spread of COVID-19. Shanghai did not completely shut down the city. Instead, the officials adopted a strategy to slow down the spread of the virus by suspending public transport, closing entertainment areas, and dispersing gatherings and parties. Only pharmacies, supermarkets and stores were allowed to open to provide necessities.

"We started to slow down since January 23, and two weeks later, the situation was much better," said Zhang. "Except for those who had to go outside to work, most people could work from home." 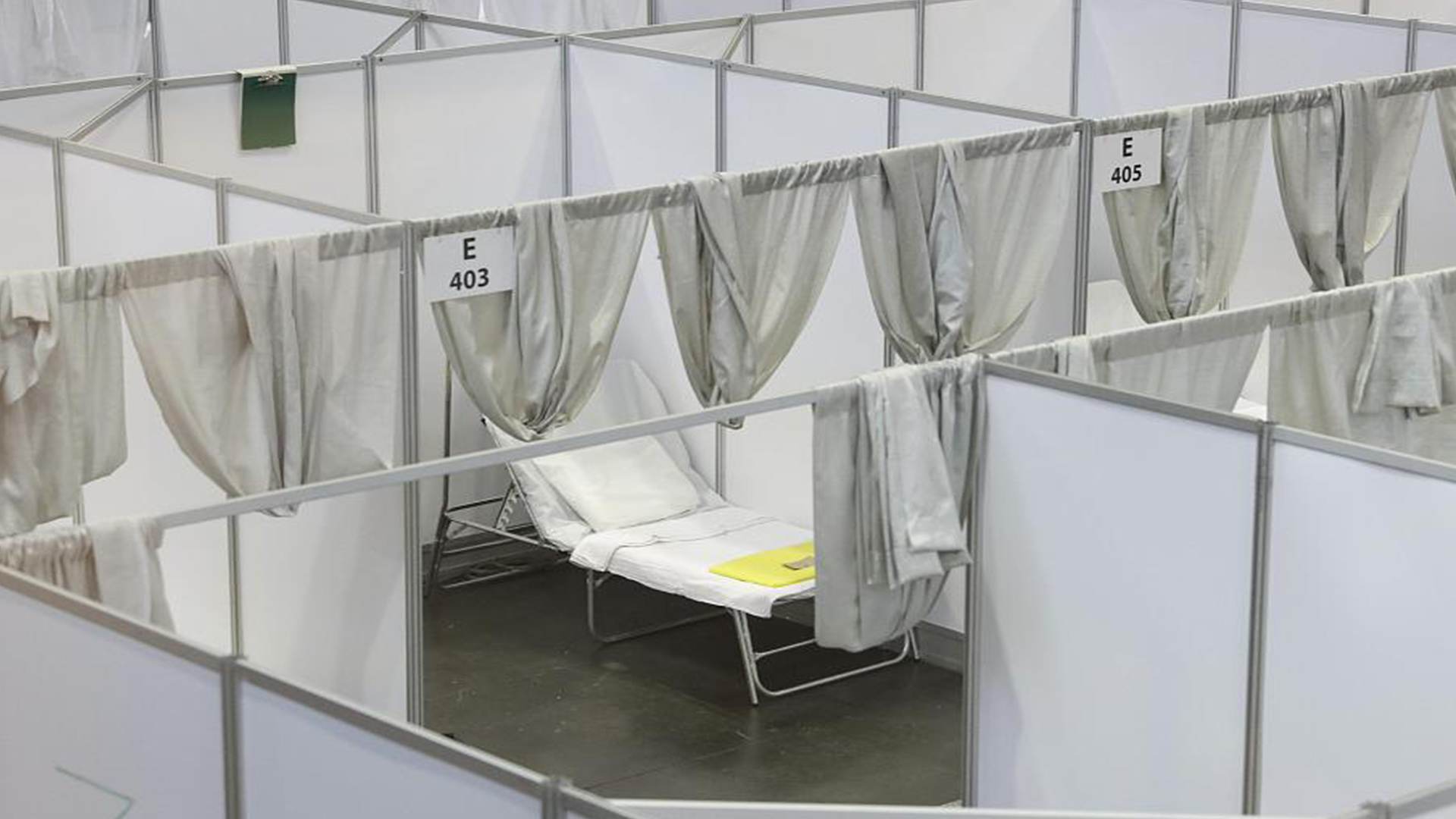 During the exchange, experts from Bangladesh said they have also built module hospitals, but have no idea when and how to use them.

"Module hospitals are transformed from existing venues like gymnasiums, schools and large performance venues. They are used for collecting and treating patients with mild and medium symptoms," said Zhang.

He added that due to the size of Chinese families, self quarantining at home turned out to be a failure. That is why we need module hospitals.

Zhang also said medical staff stationed at module hospitals also don't need to give the patients too much treatment, only observe the oxygen saturation and the condition of their hearts. 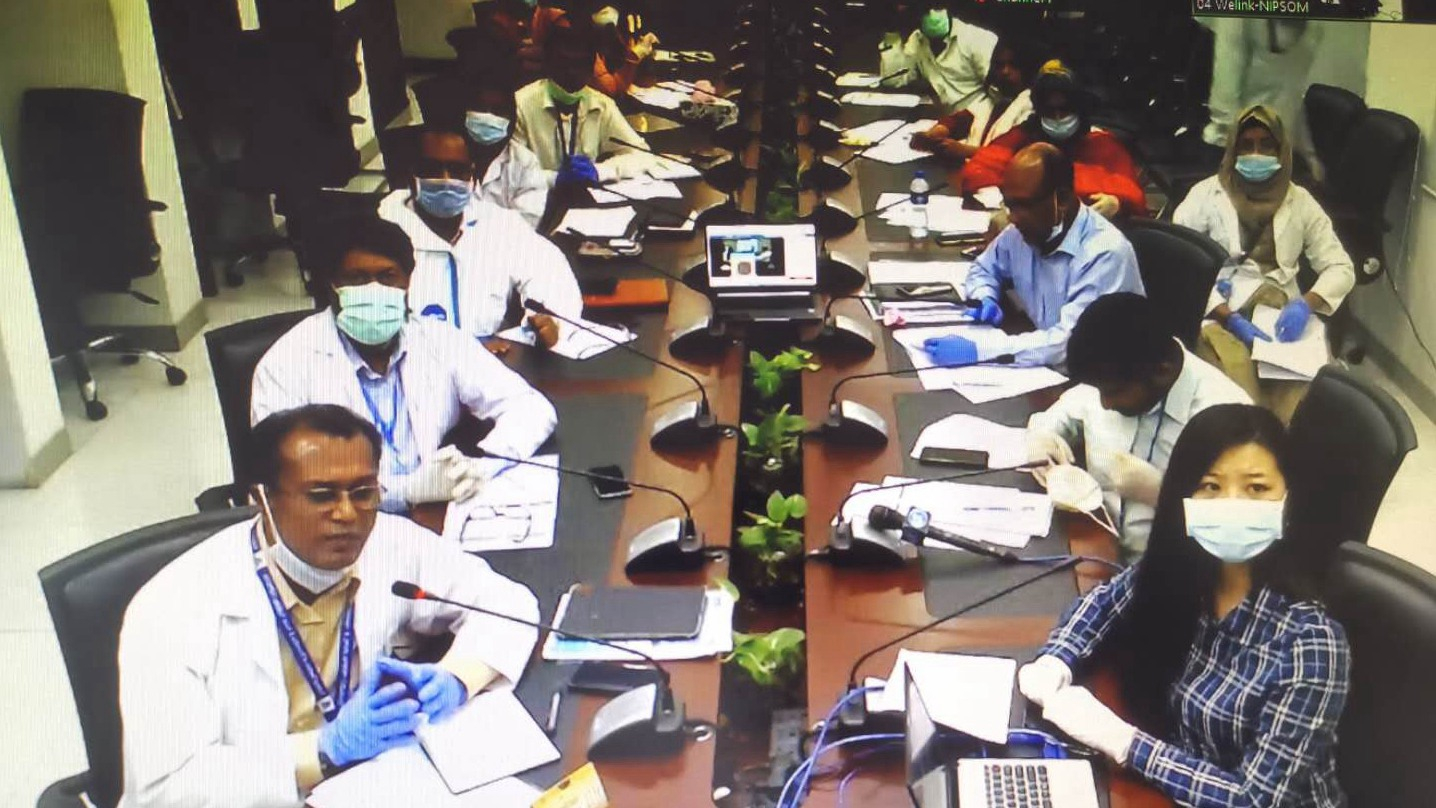 Experts and doctors from Bangladesh attend the knowledge-sharing conference via the internet, April 8, 2020. /CGTN

Experts and doctors from Bangladesh attend the knowledge-sharing conference via the internet, April 8, 2020. /CGTN

The design of the module hospital passages is also crucial.  Zhang said the red zones and green zones must be separated clearly, adding that his team is willing to share the design China use with Bangladesh if necessary.

Zhang told them that the death rate of an area might not necessarily be related to its medical level. It is more affected by the number of people tested and the capacity of the medical resources. 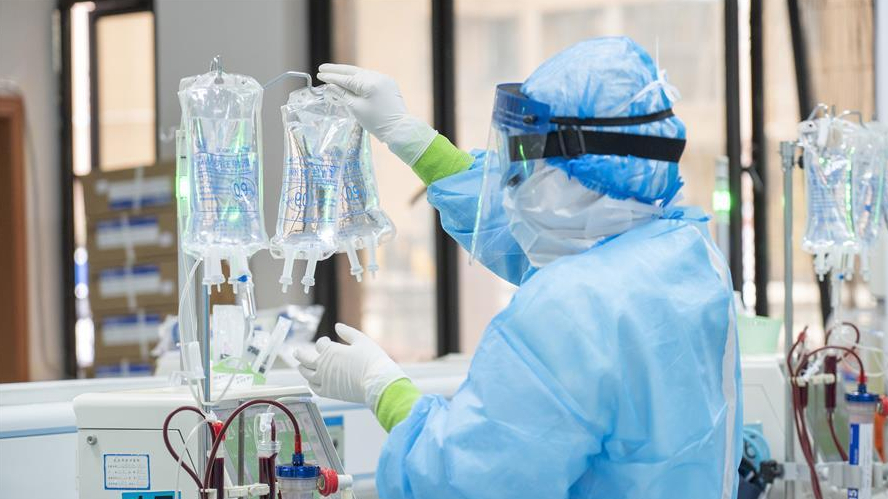 Oxygen therapy is important, said Zhang. Therefore enough intensive care unit bed numbers and ventilators could keep the death rate at a lower level. He said about 20 percent of all the confirmed patients would need oxygen therapy, and about five percent of them will need intensive care.

"The death rate in Wuhan in the early period was about five percent. In Italy, the rate is 12 percent. Both their problems are a lack of ICU beds," said Zhang.

Later, Wuhan's death rate lowered to 1.5 percent, and in Germany, the rate remains at 1.5 percent because there are enough ICU beds. 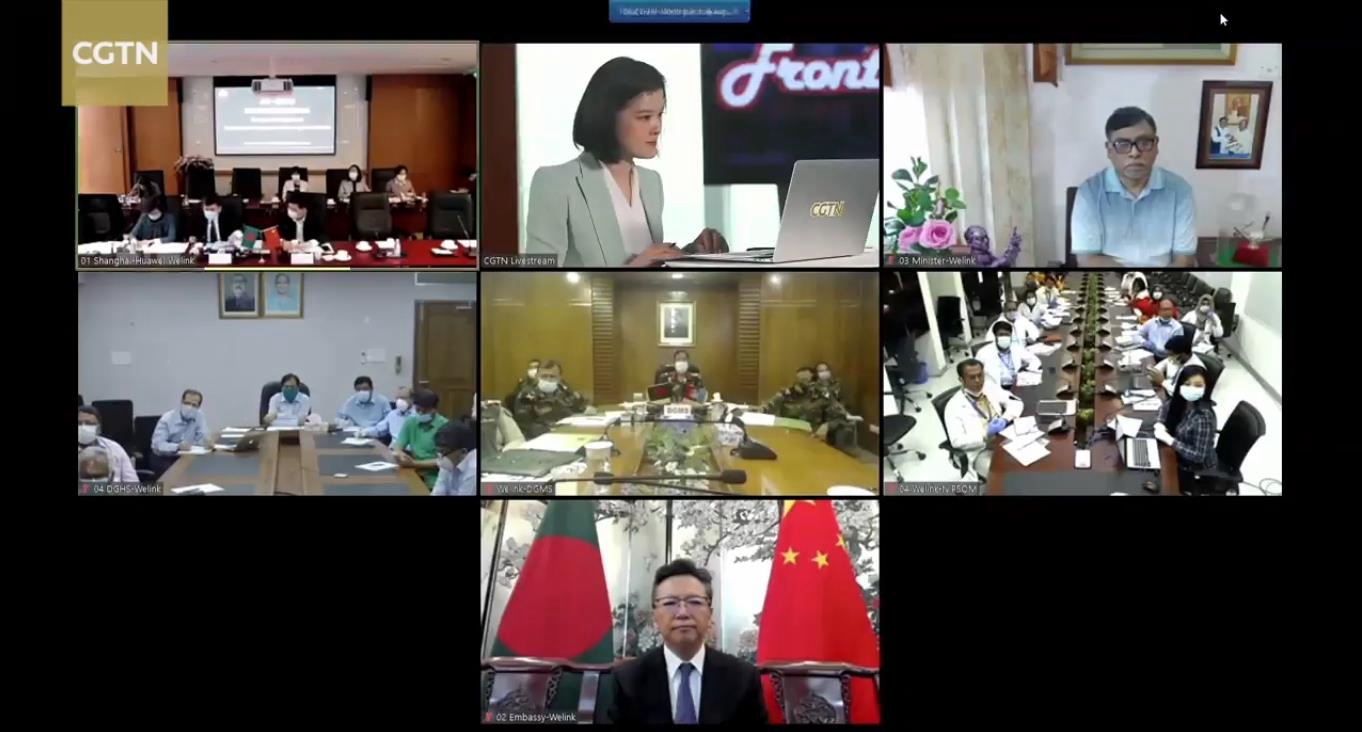 Medical experts and officials attend the knowledge-sharing conference via the internet, April 8, 2020. /CGTN

Medical experts and officials attend the knowledge-sharing conference via the internet, April 8, 2020. /CGTN

When asked about infected people with no symptoms, Zhang said he was not so worried about them because they won't show up alone. If in the next two to four weeks, large numbers of infections do not emerge, the problem won't be a concern either, he said.

Zhang ended by reminding all the participants that the measures are not isolated. Only by combining them can a good result be achieved, he said, adding that the virus has no boundaries, and it is only by cooperation could human beings finally defeat the pandemic.

More doctors and experts who worked on the frontline in Wuhan will join future programs to share their experiences with their peers from around the world. Viewers with questions can pose them using CGTN's hashtag #MyOpinionOnCOVID19 on Facebook.