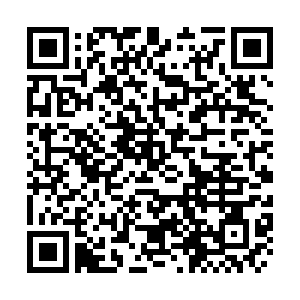 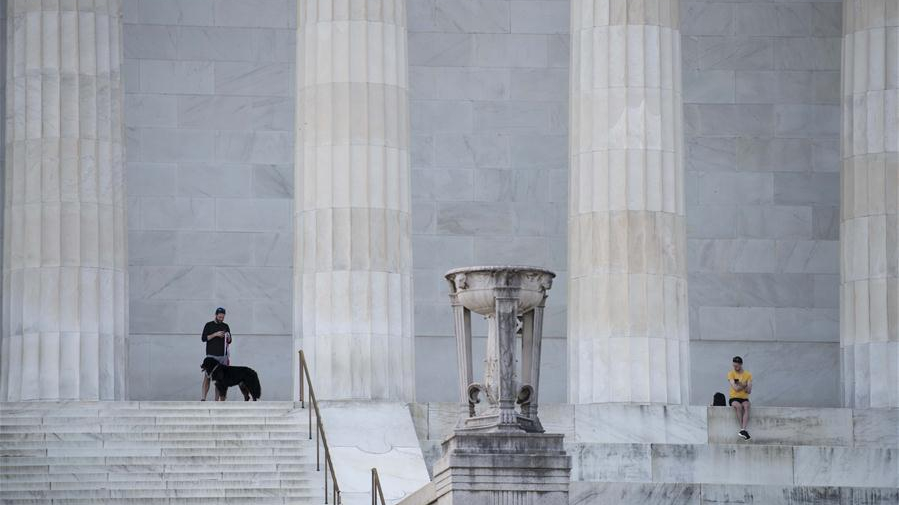 People take a rest at the Lincoln Memorial in Washington, D.C., the United States, April 8, 2020. /Xinhua

People take a rest at the Lincoln Memorial in Washington, D.C., the United States, April 8, 2020. /Xinhua

As the COVID-19 outbreak sweeps the United States, as has been seen in Britain, calls for "reparation payments" from China have become popular and not surprisingly, have been jumped upon by certain politicians.

On March 7, the U.S. Senator for Missouri Josh Hawley introduced a "resolution" in the United States Senate calling for a commission to investigate and levy damages.

Not surprisingly, the sentiment has some traction in public opinion with a Harris Poll cited in The Washington Post saying up to 54 percent of Americans believe "China should make reparations" for the COVID-19 outbreak.

Across the Atlantic, the sentiment has been echoed by the hawkish neoconservative think tank in Britain, the Henry Jackson Society, which pushed a narrative that China "owes" the UK 354 billion British pounds.

In reality, such reparations will never happen, and they obviously serve as a right-wing nationalist talking point to supplicate people's anger. Nevertheless, are they based on a valid conception of "justice"?

That is defined as "the condition of being morally correct or fair." These Western countries are arguing that they have been apparently "hurt" by China; therefore China must pay a given price in order for justice to be achieved.

This premise, however, is flawed.

It has been highlighted many times now that the U.S. and the UK are offloading their own governance mistakes onto China. But there is another problem at stake here – the Western political conception of justice is not "equal," for it is rooted within structural inequalities in favor of the West that assume some countries ought to suffer to sustain the "privilege" of others. The idea that China should "pay" is thus rooted in the belief it occupies a subordinate state to the West. 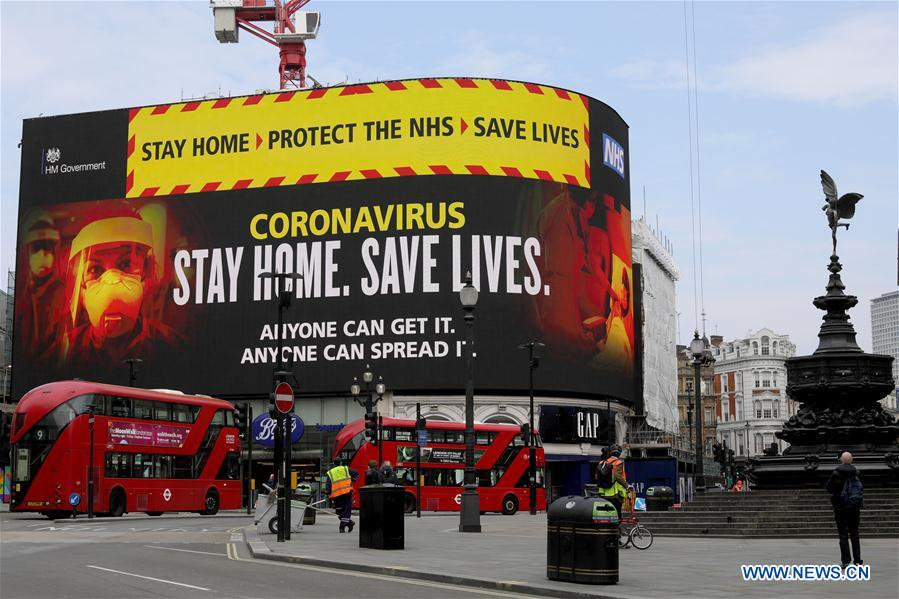 The advertising board at Piccadilly Circus displays a message from the British government encouraging people to stay at home, in London, Britain, April 8, 2020. /Xinhua

The advertising board at Piccadilly Circus displays a message from the British government encouraging people to stay at home, in London, Britain, April 8, 2020. /Xinhua

In 1939, British diplomat and academic E.H. Carr produced one of the earliest works of modern international relations theory known as "The Twenty Years' crisis." The book set out to critique the liberal political thought espoused by Western empires who justified their foreign policies with an appeal for "justice."

Carr argued using sociological theory that in practice these so-called righteous foreign policies were in fact inseparable from the power dynamics and thus raw interests of the states by which were preaching them. "Justice" in these instances was not resolute, but in fact relative to and at the mercy of dimensions of power between states, hinging solely on who could impose their will on others.

This theoretical background provides an important insight into Western foreign policy as it reveals to us that there are some countries that preach "justice" but themselves are not held to account for it.

This builds into a broader comparison of the Global North and Global South. The former holds a monopoly on the conception of "justice" because of its hegemony, allowing it to subjugate the Global South without facing consequences. It is allowed in effect to preach values, whilst not being held account to those same values.

For example, the United States invaded Iraq illegally in 2003 and done many more things, but where are the calls to hold it to "justice?" Iraqis have long been angry, but there is nothing in effect they can do because justice is relative to America's interests.

Therefore, even though America has committed many questionable acts and likewise has the British Empire, the call for "justice" against China over the COVID-19 is an expression of Western privilege that renders justice subject to Western interest. Other countries must be held to account for "hurting" the West (as it was with Islam and terrorism) but the West effectively exists on a law of its own.

This compliments a mindset of superiority whereby it is assumed the virus does not "belong" in Western countries and is only a product of "oriental," "inferior" countries, therefore again negating one's own political responsibility and shipping it onto China. Beijing is perceived accordingly as an "inferior" that does not exist on an equal footing to the West, as it refuses to accept their terms.

Therefore, is calling for China to pay justified? Not at all, because these claims are based on a skewered, lopsided and privileged conception of justice which does not exist impartially or independently, but in materialistic conjunction to the interests of Western countries under the assumed premise of superiority, which has been cemented by hegemony over a prolonged period of time.

Justice ought to be based on equality, fairness and reciprocity, not the idea that some countries should weaponize the concept in order to supplement their own privilege and not themselves be held account to it.

China is not responsible for their failures and nor will it be transformed into a punching bag for the interests of the West as in times of old, which have been conveniently forgotten by those making such demands.