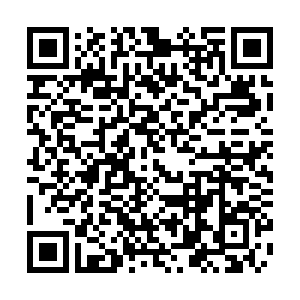 China's automobile production and sales have indeed changed, but in general it still conforms to the law of industrial development, and the industry's long-term stability has stayed unchanged, said the country's top economic planner Thursday.

The National Development and Reform Commission (NDRC) made the statement at a press conference briefing the latest auto consumption and stimuli package, which was also joined by officials from the Ministry of Commerce, the Ministry of Finance and the Ministry of Ecology and Environment.

"Although the recent pandemic has indeed dealt a heavy blow to and inflict downward pressure on the automotive industry in the interim, we believe that this situation is temporary and will not affect the industry's upward trend in the long run. China's auto market will gradually recover and remain stable for a long period of time after tweaks," noted Cai Ronghua, deputy director of the Industry Coordination Department of the NDRC.

China's auto sales went down 8.2 percent year-on-year in 2019 to settle at some 25.77 million automobiles, widened from the 2.8-percent fall in 2018 as trade tensions, tighter emission standards and retreating subsidies for new-energy vehicles (NEVs) combined to weigh on the industry, according to the China Association of Automobile Manufacturers (CAAM).

Data provided by the China Passenger Car Association (CPCA) also showed China's auto output and sales in the January-February period plunged by 45.8 and 42 percent to 2.05 and 2.24 million, respectively, as efforts to curb the coronavirus epidemic in the country dented economic activity.

But things are getting back on track. In March, the sales volume of passenger cars was 1.08 million units. Although it represents a year-on-year decrease of 40 percent, it signifies a month-on-month surge of 320.5 percent. And CPCA estimated the overall passenger car sales volume in April will be much higher than March's.

Considering countries' differences in population size, regional structure and resource environment, China enjoys plenty of growth room for car ownership per 1,000 people as residents' income and consumption go up and urbanization moves forward in the future, said Cai, adding the country's third-tier cities and below have greater potential for automobile consumption, which will become a new growth driver in the future.

Sun Guangqi, a senior official with the Ministry of Finance (MOF), said that in order to shore up automobile consumption, a State Council executive meeting at the end of March had decided to extend subsidies and tax exemptions for new energy vehicles (NEVs) purchases by another two years, which were set to expire at the end of this year.

This move brings NEVs a cost-price advantage of more than 20 percent over traditional fuel vehicles, a huge favorable policy worth tens of billions yuan.

In the next step, the MOF will work closely with the relevant departments to introduce specific measures for policy tweaks related to NEV purchase subsidies, to stabilize market expectations, and to create favorable conditions for the release of automobile consumer demand.

By the end of 2019, the number of charging piles for NEVs in China has reached more than 1.2 million, but it still fails to meet the demand of over 3.8 million NEVs. In order to change this, the MOF said it is to study incentive policy for building more such charging facilities to create a favorable environment for the consumption of NEVs.

The Ministry of Ecology and Environment went on record to say at the conference it will vigorously spur the use of NEVs in the areas of buses, taxis, sanitation and postal services, light logistics, and commuting. And it mulls postponing the implementation of the "China VI" vehicle emission standards in some provinces.

Compared with the "National V" standards, the new rules demand substantially fewer pollutants such as nitrogen oxides and particulate matters and introduce limits on particulate number and ammonia.