Tedros defends work of WHO, calls for unity in fight of COVID-19
CGTN 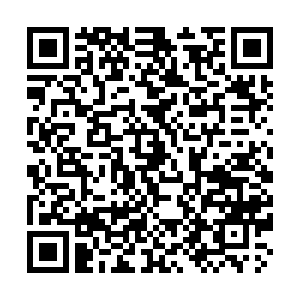 WHO Director General Tedros Adhanom Ghebreyesus Thursday defended the work of the organization and called for unity of international communities in fight of COVID-19.

Speaking at a news conference, Tedros said all member states of the WHO were informed on January 5 about this "pneumonia with unknown cause" in China.

On December 31, 2019, the WHO China Country Office was first informed of cases of pneumonia of unknown etiology (unknown cause) detected in Wuhan City, central China's Hubei Province and Thursday (April 9) marks the 100 days since the WHO was notified of the disease.

In response to U.S. President Donald Trump's accusation, Tedros also said the organization "has been doing all it can since the beginning."

He called on the U.S. and China to come together and fight this dangerous enemy.

According to Tedros, the WHO is working hard to ensure essential medical equipment for frontline health workers and more than 200 million items have been shipped to 133 countries so far.

To date, nearly 1.5 million people have been infected, and almost 88,000 people have lost their lives.

"This pandemic is much more than a health crisis. It requires a whole-of government and whole-of-society response. In the last 100 days, COVID-19 has shown us the damage it can mete out in wealthy nations," Tedros said.

Don't politicize this virus or 'we will have many more body bags in front of us,' warns WHO chief

"The window for containing the virus at the subnational and national level is closing in many countries. The infection numbers in Africa are relatively small now, but they are growing fast," said Tedros.

He added that the WHO is publishing a technical strategy update for the next phase of the response.

"This strategy update will form the basis of our second Strategic Preparedness and Response Plan, which we will release in the coming days," he said.

He also repeated the appeal on Thursday to quarantine politicizing this virus, stressing "we have to work together, and we have no time to waste. Our singular focus is on working to serve all people to save lives and stop the pandemic."