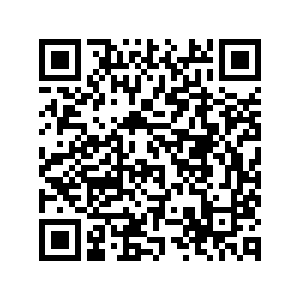 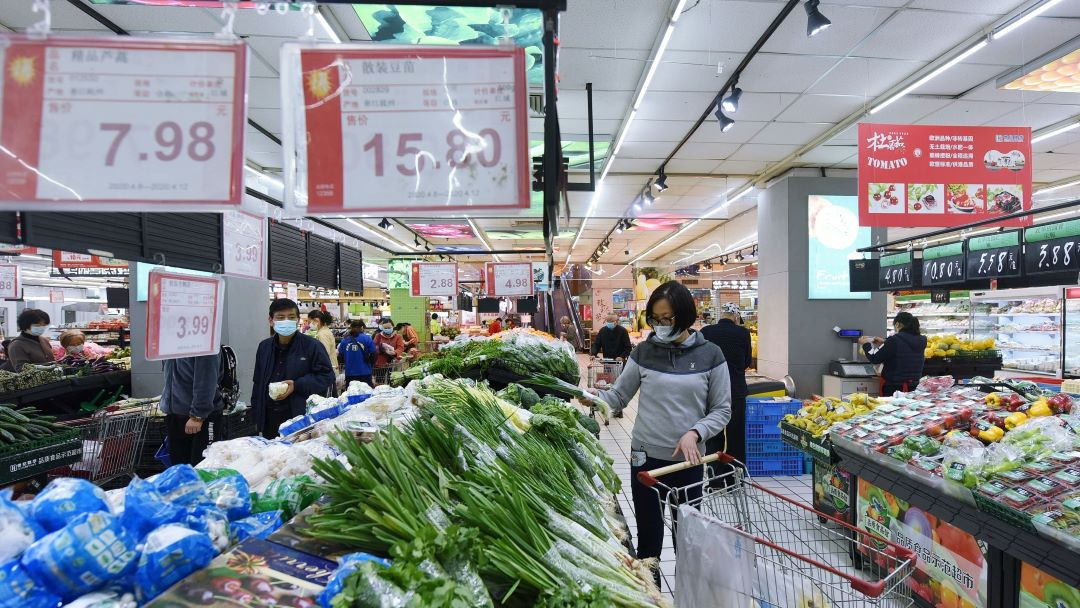 China's consumer price index (CPI), a main gauge of inflation, hit its slowest rate in March since October 2019, registering year-on-year rise of 4.3 percent, while edging down 0.9 percentage points from the previous month, data from the country's statistics authority showed on Friday.

NBS senior statistician Dong Lijuan attributed the drop in China's recovery from the coronavirus shock, as production resumption accelerated in March along with the gradual recovery in transportation and logistics. 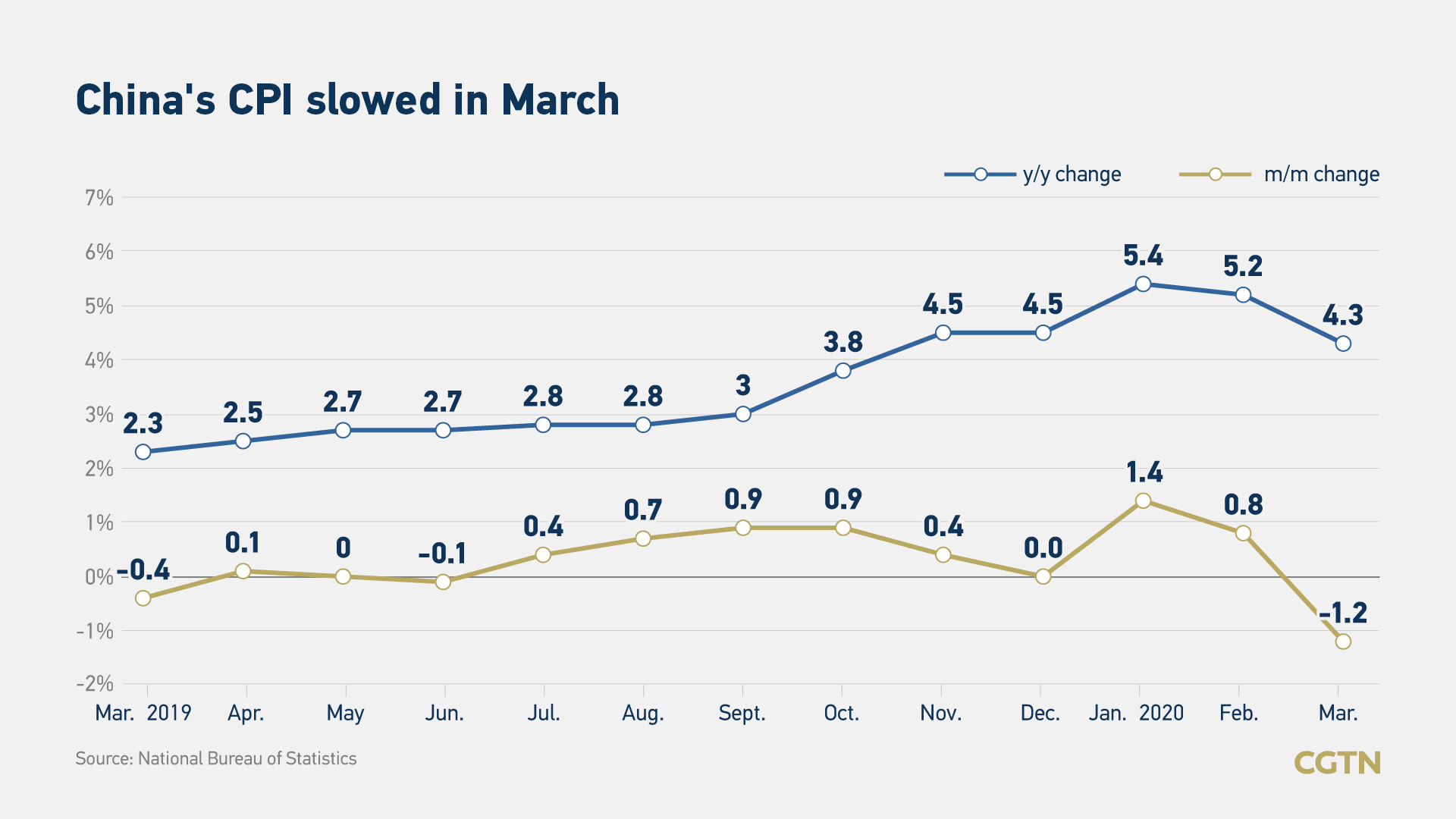 "The CPI growth rate in March was still relatively high, but has dropped considerably from February," said Zhang Xu, chief analyst for fixed Income from Everbright Securities in a note. "This reflects that the demand is still in the repairing period since being hit by the epidemic, and it will take some time to return to the previous level," he added.

China's CPI rose by 4.9 percent on average over the same period last year from January to March.

More seasonal vegetables have come onto the market as spring arrives, and in combination with the drop in logistics and transportation costs, vegetable prices fell by 12.2 percent in March, said Dong.

She continued that pork prices fell by 6.9 percent with the gradual inflow of live hogs into the market, resumption of work in slaughtering houses and the increasing the reserve meat supply in various provinces.

In the non-food category, affected by fluctuations in international crude oil prices, petrol prices fell by 9.7 percent in March. 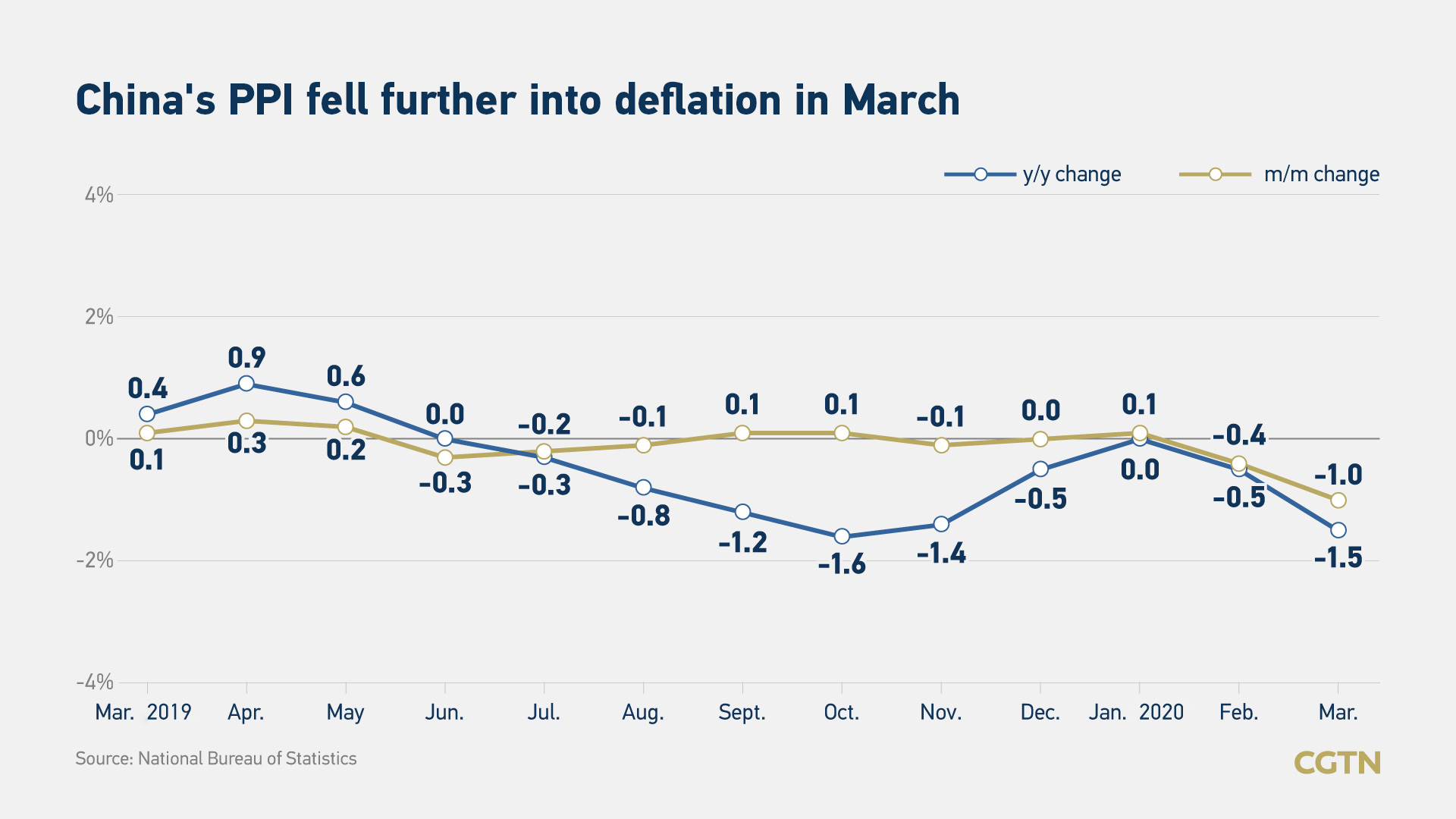 PPI fell by 0.6 percent from January to March on average, compared with the same period last year.

Zhang expected that PPI will be in a negative range throughout the second quarter. "The epidemic has caused a serious shortage of total demand. More policies need to be introduced in order to recover the fundamentals as soon as possible," he said.