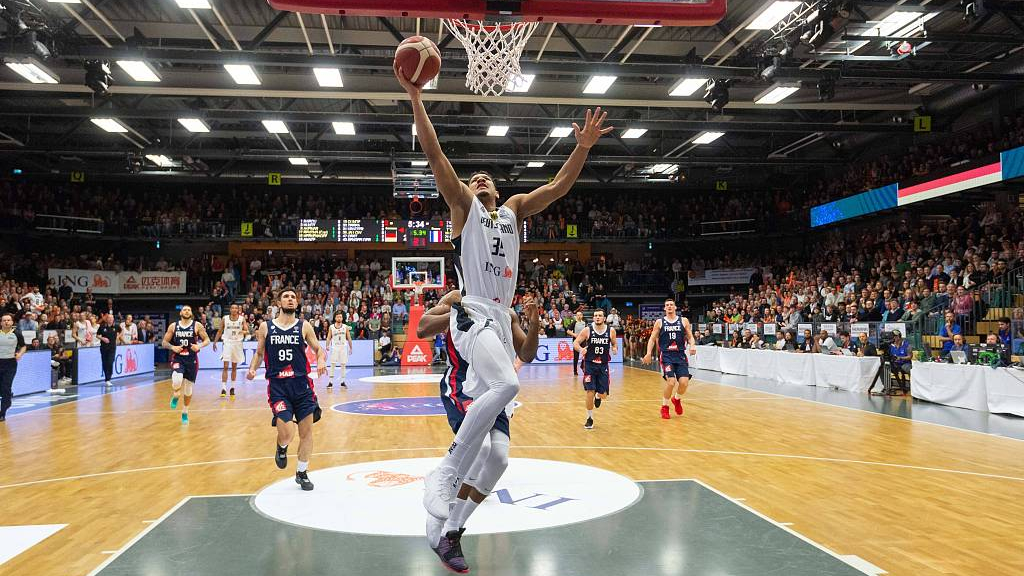 Players in action during the 2020 FIBA EuroBasket 2021 Qualifier between Germany and France in Freising, Germany, February 21, 2020. /VCG

Players in action during the 2020 FIBA EuroBasket 2021 Qualifier between Germany and France in Freising, Germany, February 21, 2020. /VCG

Basketball's world governing body FIBA has announced the men's Olympic qualifiers will be postponed by a year to 2021 due to the COVID-19 pandemic, and that the men's European Championship (EuroBasket) and the Americas Championship (AmeriCup), both originally due to take place next year, will now be held in 2022 during a period between.

Amid the postponement of the 2020 Tokyo Olympic Games, FIBA Executive Committee held a video conference and reached an agreement on a revised basketball calendar. The qualifiers, due to take place from June 23 to 28 this year, are now scheduled for June 22 to July 4 next year, pending International Olympic Committee approval. Meanwhile, the two continental championships are now set for September 2022. The 2021 FIBA Afrobasket and 2021 FIBA Asia Cup are now put back by one and two weeks respectively, to avoid clashes with the new dates for the Tokyo Olympics.

"I'm very pleased that, in a very challenging period, FIBA has been able to conduct an internal consultation process so fast and confirm an updated calendar for our senior tournaments within almost two weeks from the IOC's announcement of the new dates for the Olympic Games," said FIBA Secretary General Andreas Zagklis, "The outcome is a calendar of FIBA major events which remains very attractive for our fans, with a balanced distribution of top events, keeping always in mind the welfare and availability of players."