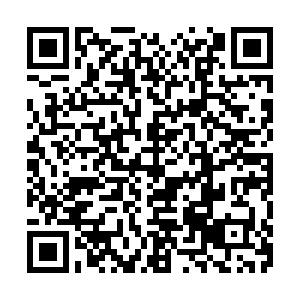 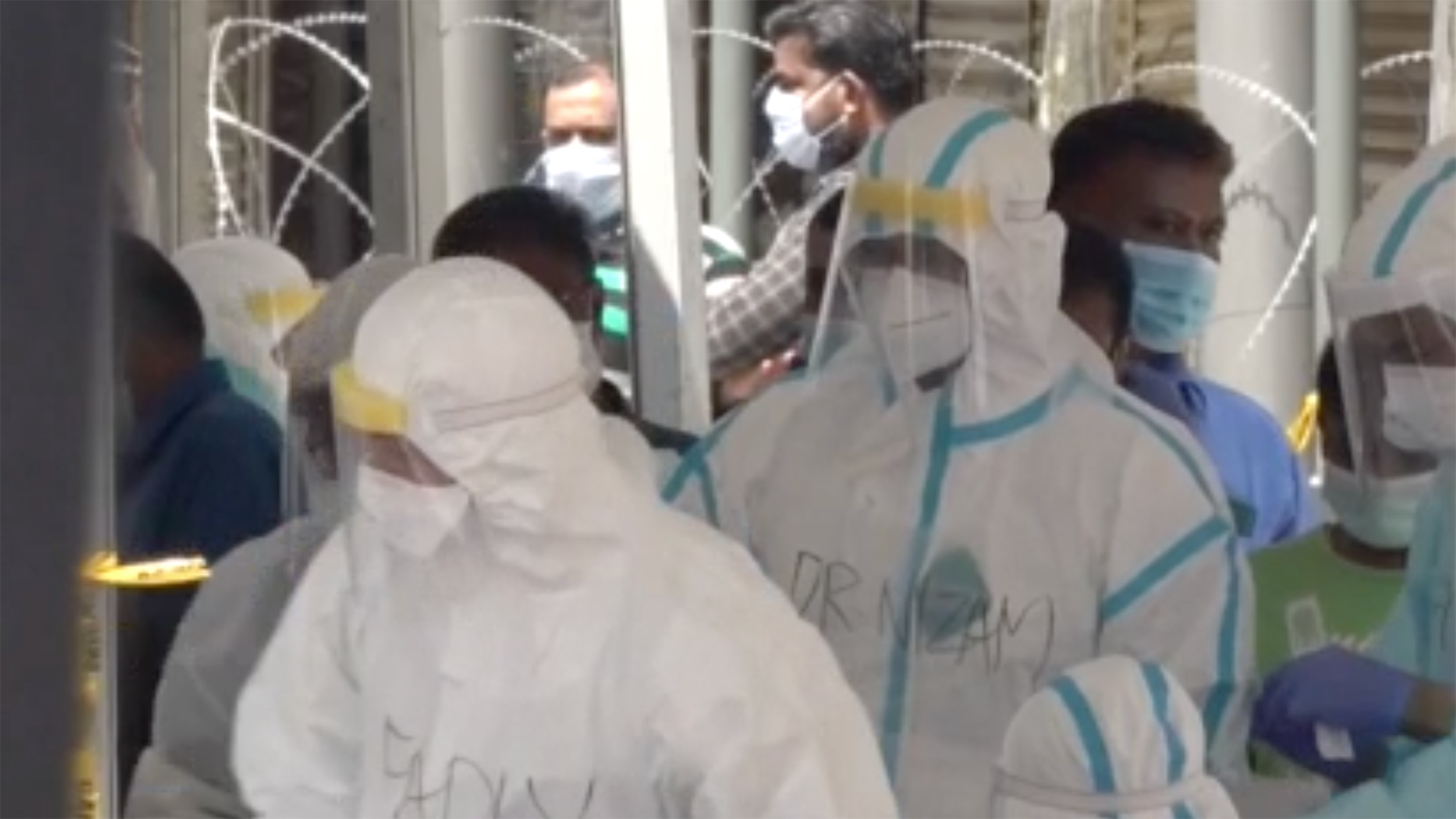 Malaysians had been bracing for the news. Prime Minister Muhyiddin Yassin announced Friday afternoon that the "Movement Control Order," already extended from the end of March to mid-April, would continue until at least April 28.

That's despite signs Malaysia is successfully "flattening the curve" of new infections, exactly what the partial lockdown was designed to do. It is also seeing a mortality rate of only around 1.5 percent of positive cases – one of the lowest rates in the world.

But the goal is not to squander that progress, and if that means keeping schools, places of worship and almost all businesses closed, and most people at home for another two weeks, that's what needs to be done, the PM said.

The director general of health believes the pandemic in Malaysia might in fact have peaked last week.

But in some places where there have been worrying clusters of cases, the authorities have taken firm action. 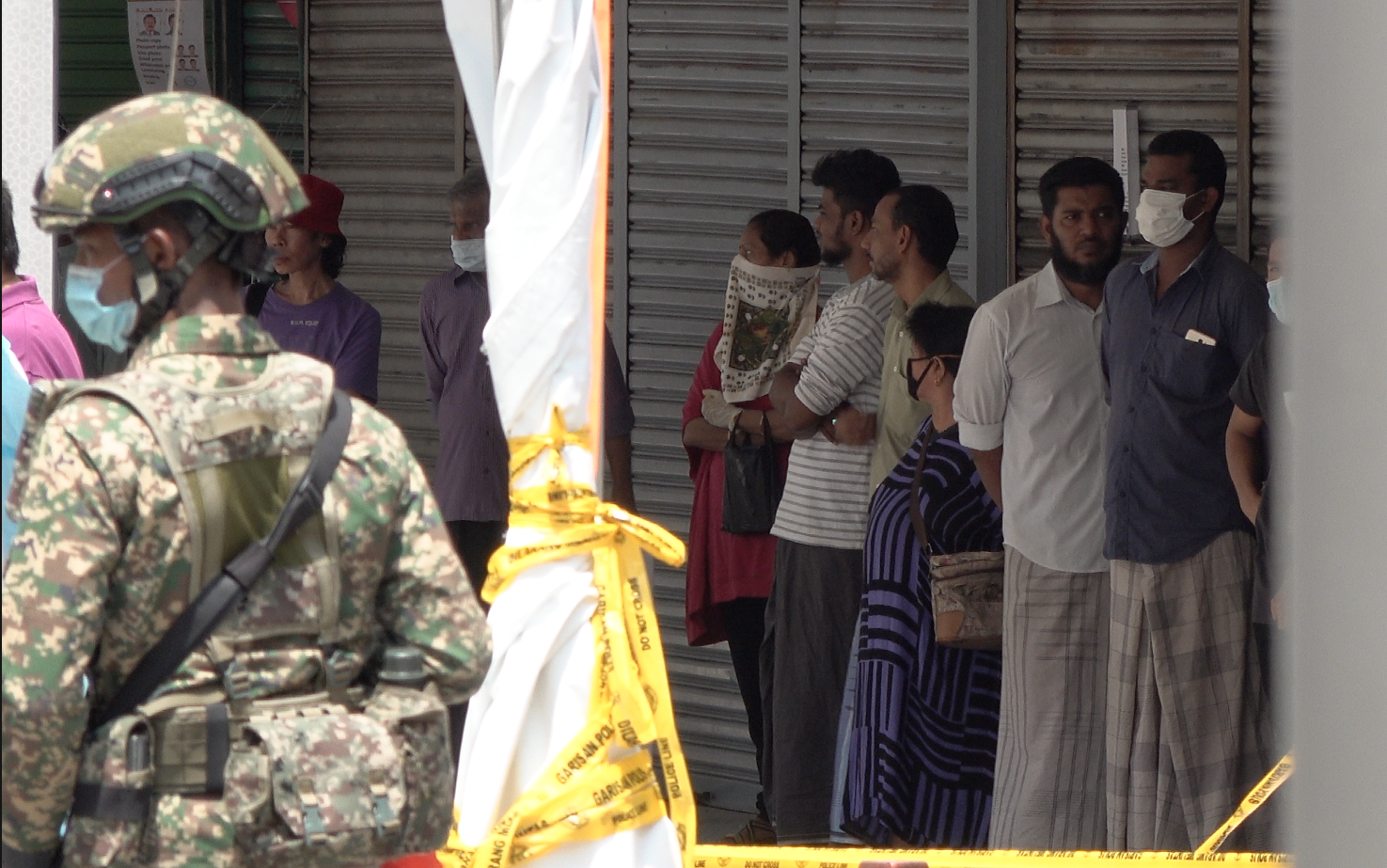 Almost all residents of the two apartment buildings are foreign. /CGTN

Almost all residents of the two apartment buildings are foreign. /CGTN

Two groups of villages in rural areas have been completely sealed off, followed by a high-rise condominium in the capital's Indian Muslim district.

One resident of the condo, who prefers to remain anonymous, told CGTN he is feeling a mix of emotions.

"We feel bored, but also scared. With not being able to go out, with all the soldiers, the police, the barricades, the guns – it feels as if we are in a war zone."

He said that before the authorities sealed off the building, residents already knew that there were many people staying in and visiting the building who had taken part in a giant gathering of Muslim missionaries that has become by far the biggest cluster of cases in Malaysia.

"We were telling the building management about the Tabligh (Muslim missionary) people. 'Please please please check them.' The management didn't take it seriously. They said we didn't have a COVID-19 problem here." Within days, there were 17 cases in the condo.

Two blocks away, two rundown, low-rise apartments across the street from one another have now been sealed off too. No one is allowed out, and only food deliveries brought by government staff are allowed in. 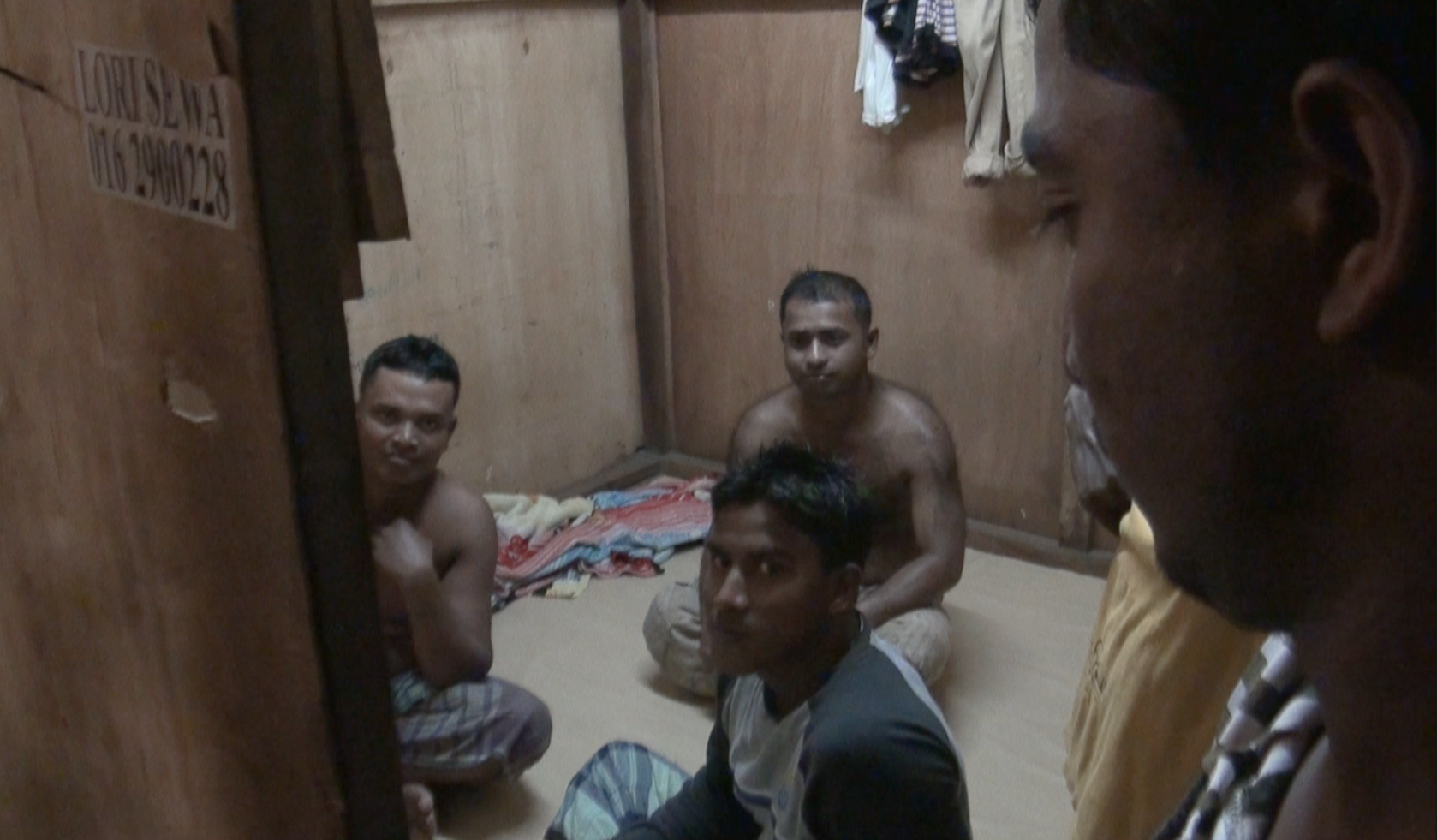 Despite only being eight-story high, the buildings are believed to house at least 5,000 people – almost all foreign migrant workers, mostly from South Asia and Indonesia. They live crammed together, in many cases a dozen or more people into each small unit.

Barbed wire barricades patrolled by heavily armed soldiers block the entrances. A tent outside the twin apartment blocks is abuzz with medical personnel in protective equipment screening a steady flow of the buildings' residents. If they test positive for the virus, they'll be whisked straight to hospital.

At least they are getting daily food supplies. Malaysia is home to at least four million foreign migrant workers as well as tens of thousands of refugees. Many of them do piecemeal work for daily pay and have lost all their income. Even many of those with regular jobs are being hit hard.

"The situation is really serious for refugees and migrant workers," said Mahi Ramakrishnan who runs NGO Beyond Borders Malaysia.

"Unfortunately, many have been abandoned by their employers and that means there is no money to put food on the table for themselves and their families. So every day the demand for food and groceries is growing." 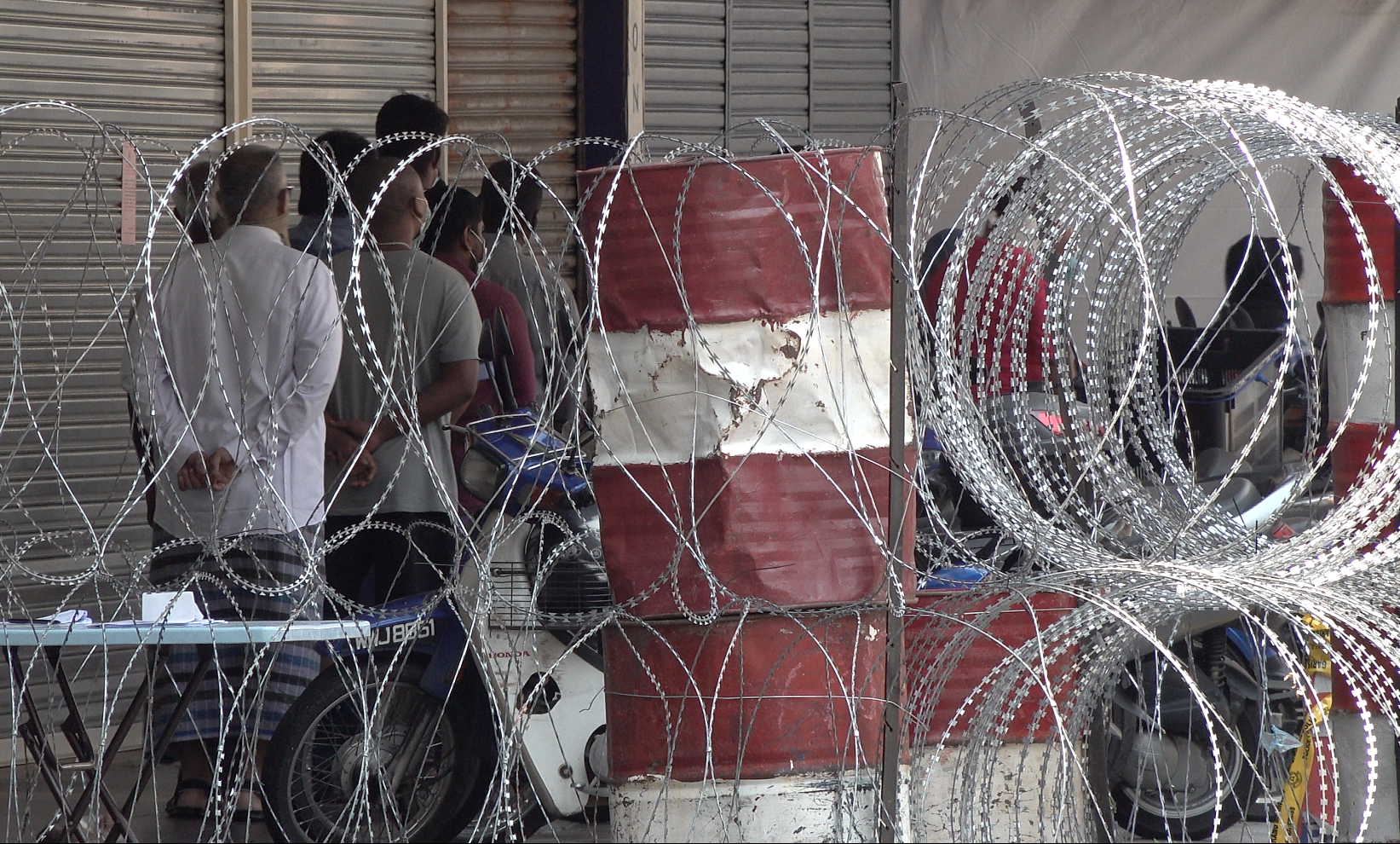 Foreign migrants in the quarantined buildings line up for COVID-19 screening. /CGTN

Foreign migrants in the quarantined buildings line up for COVID-19 screening. /CGTN

NGOs are helping fill that gap by raising funds to buy essential food supplies for needy migrants and refugees, as well as low-income Malaysians.

But migrant workers and refugees face other challenges. As with the two sealed off apartment buildings, they live crowded together, social distancing is impossible. Many migrant workers live in stifling makeshift shacks on building sites that now sit idle.

And by most estimates there are at least two million undocumented foreign migrants in the country. These people – as well as refugees who have yet to receive UNHCR protection – live in constant fear of being detained by the authorities. The government has pledged not to take any punitive action against people lacking proper papers if they come forward for screening or medical treatment during the pandemic.

"How do you except these people to suddenly trust the government and the enforcement agencies?" asked Mahi Ramakrishnan of Beyond Borders Malaysia. "Having said that, I must say over the last two weeks more and more refugees have actually come forward, and that is because civil society organizations and NGOs who are working with them have tried their level best to convince them and to tell them they are safe, that they can actually go and get tested" without fear of being detained.

Health authorities expect it to take 10 days to screen and test all the people from the locked down apartment buildings. The hope is that the radical action to quarantine entire apartment blocks will prevent any spike in cases and keep Malaysia on track to get on top of this pandemic, as daily statistics suggest it might just be doing.