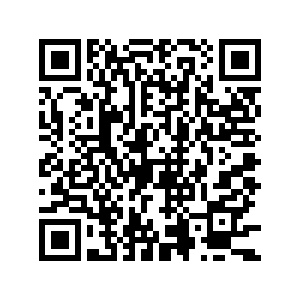 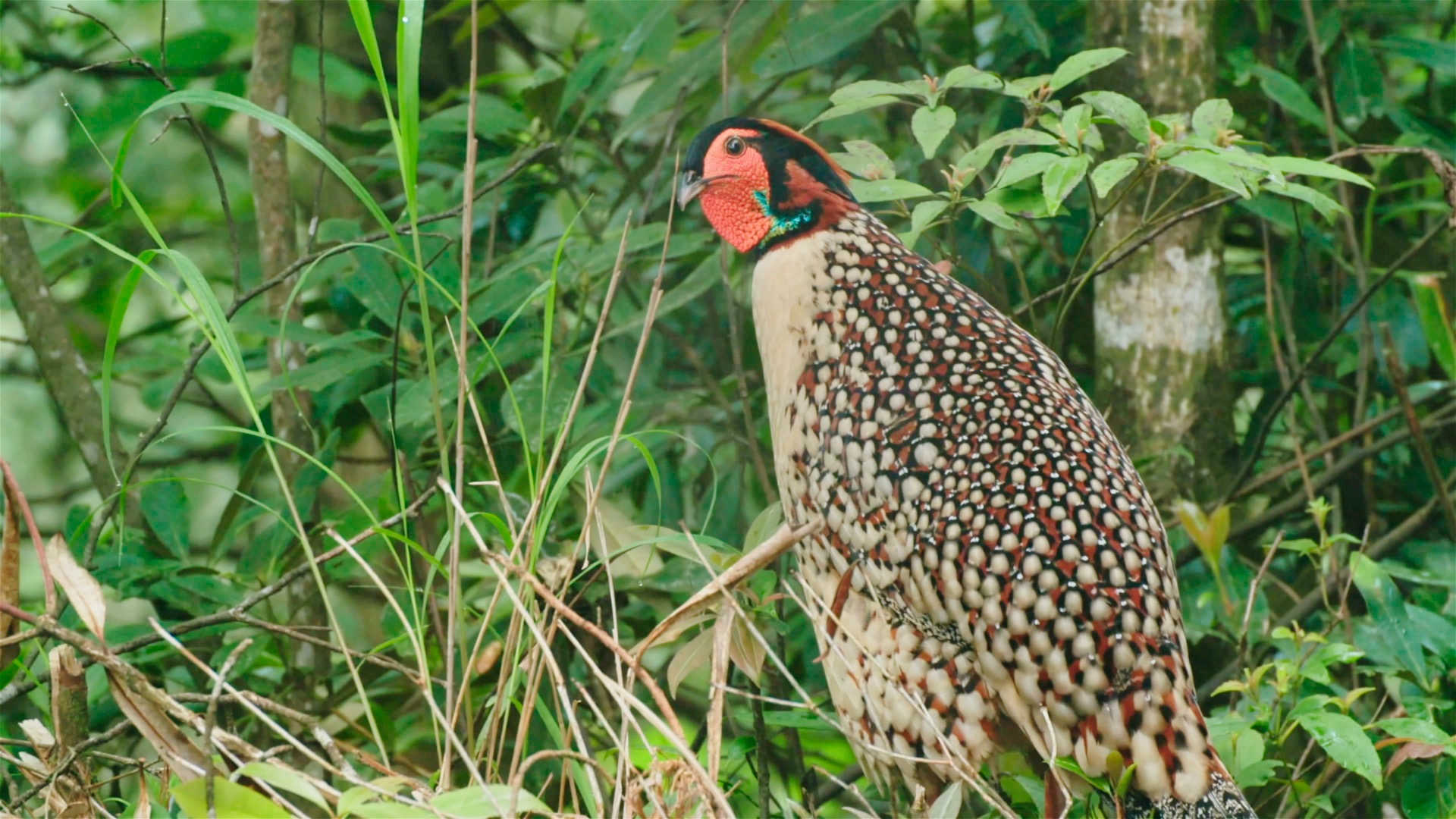 Cabot's tragopan seems to be an unfamiliar name for those who are not experts. In fact, "tragopan" is commonly called "horned pheasant" because males have two brightly colored, fleshy horns on their head that rise during courtship displays. 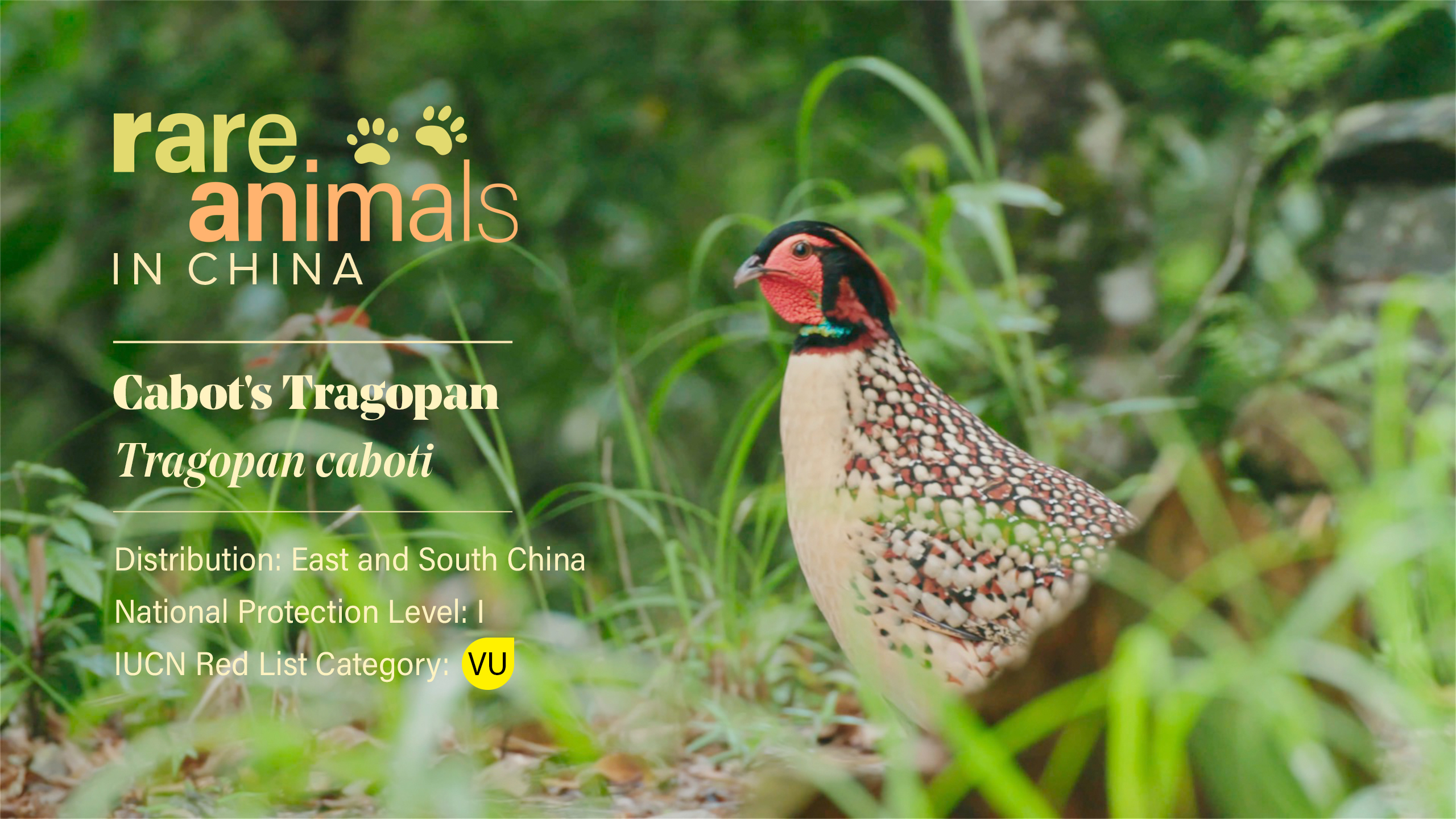 Two species of tragopans live in China. The Cabot's tragopan, also known as "yellow-bellied tragopan" or "Chinese tragopan" is endemic to several provinces in south and east China. 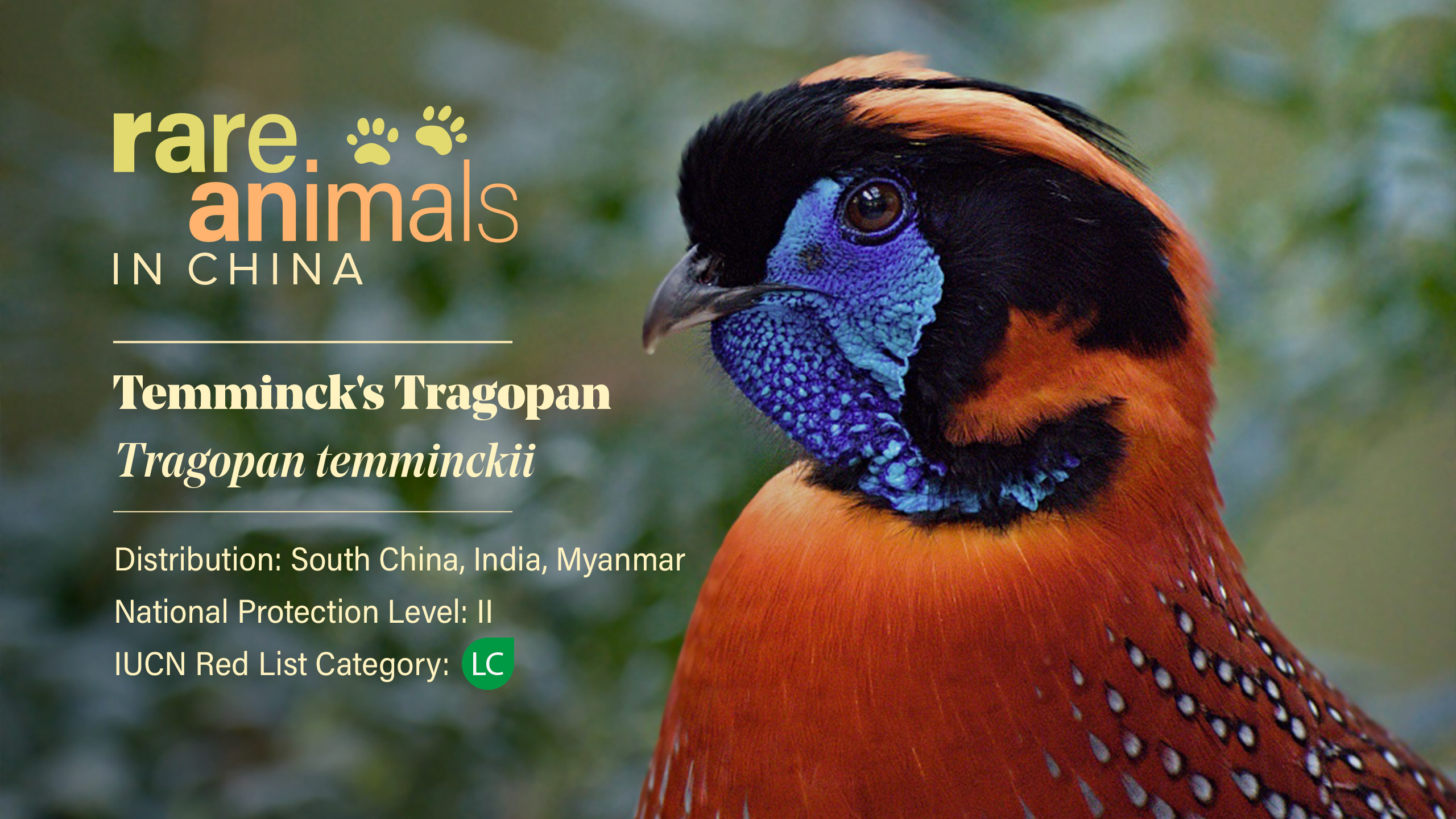 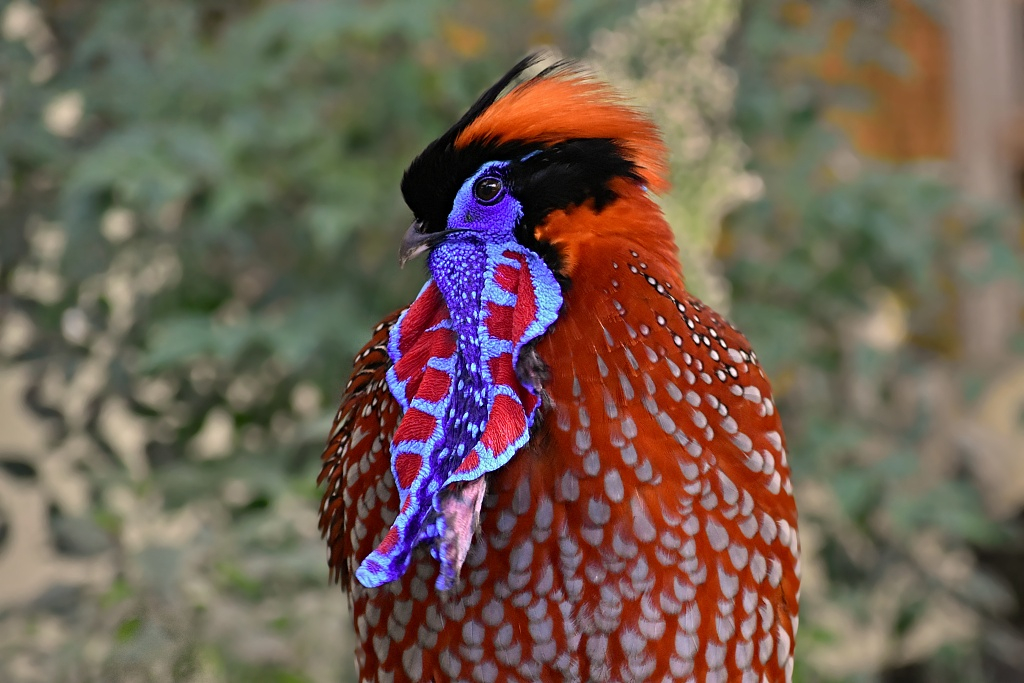 What is also curious about horned pheasants is that they have decorative, inflammable wattles dangling down their beaks. During the breeding season, when a male tries to attract a female, the wattle opens like a shiny "skirt." The males usually have an elaborate courtship ritual, and build a love nest together if the proposal succeeds.

How many rare animals in China can you list? The giant panda, red panda, snub-nosed monkey, snow leopard?  We want to make sure you can name 100 or more.