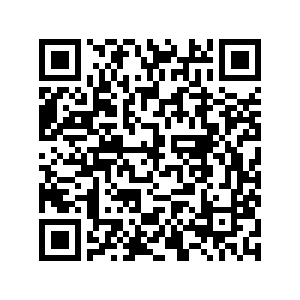 After sending a medical team back to the Dorsett Wuhan Hotel, three volunteers were having their dinner outside the door of the hotel. A stray cat got close to them, looking hungrily and on that day, March 5, 2020, the volunteers shared their food with the stray animal.

As coronavirus forces billions of people around the world into lockdown, another sizeable population has also been hard hit -- stray animals.

Despite Wuhan returning to life after COVID-19 lockdown, thousands of animals in many countries -- the exact numbers are unknown -- are starving and turning feral. The mass closure of restaurants has also deprived hungry animals of leftover food, forcing them to take greater risks. 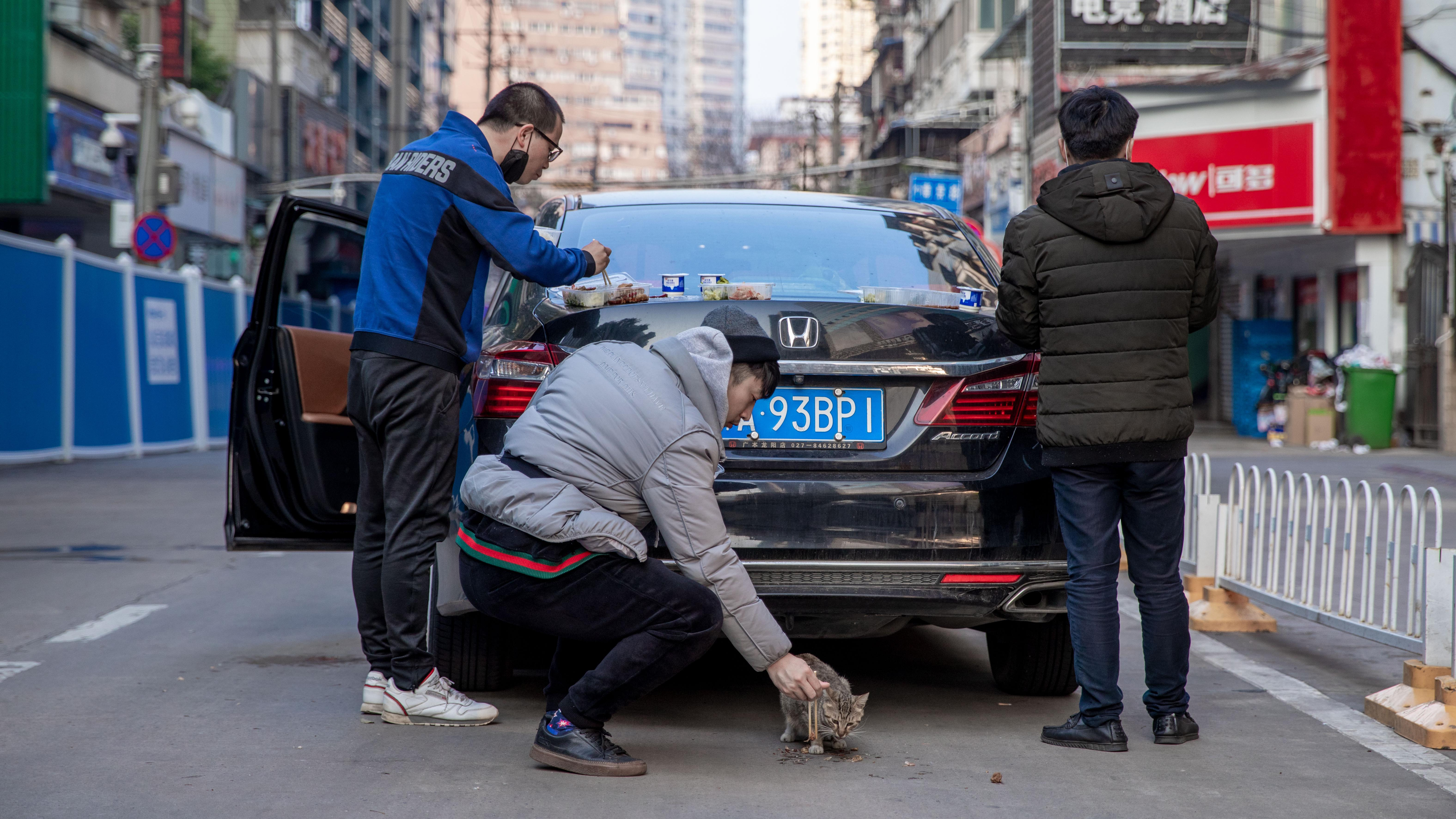 The volunteers shared their food with the cat, they were enjoying a meal together on the street of Wuhan City. March 5, 2020. /VCG

The volunteers shared their food with the cat, they were enjoying a meal together on the street of Wuhan City. March 5, 2020. /VCG

For many, the restrictions are tantamount to a death sentence.

"We are seeing an increase in the numbers of cats in areas where we feed, some appear to have been abandoned, while others have roamed far from their usual spots in search of food," says Cordelia Madden-Kanellopoulou, a co-founder of Nine Lives Greece, a network of volunteers dedicated to reducing the overpopulation of stray cats in Athens and other cities.

"It is a huge worry to us that strays could be exposed to more cruelty and poisoning, being more visible and hungrier now, and thus more likely to trust and approach people," said Madden-Kanellopoulou. When the city of Wuhan was locked down, unsettled Wuhan pet owners were able to breathe a sigh of relief because many strangers offered to provide for stranded pets and stray animals in danger of starving, through Chinese social media.

And now, similar situations are happening in other places.

Greek officials over the weekend said an online platform had been created for food donations and veterinary services for strays and pets whose owners are unable to care for them. "During the lockdown, we make sure that all dogs have enough food so that they don't become aggressive. This week we will also start installing feeders in different areas of the city making sure that dogs and cats are fed regularly," said Serafina Avramidou, city of Athens councillor for animal welfare.

In neighboring Turkey, authorities in Istanbul distribute around a tonne of food for street cats and dogs every day. "We were taking care of strays even before the coronavirus," Tayfun Koc, an Istanbul municipal feeding worker, told AFP. 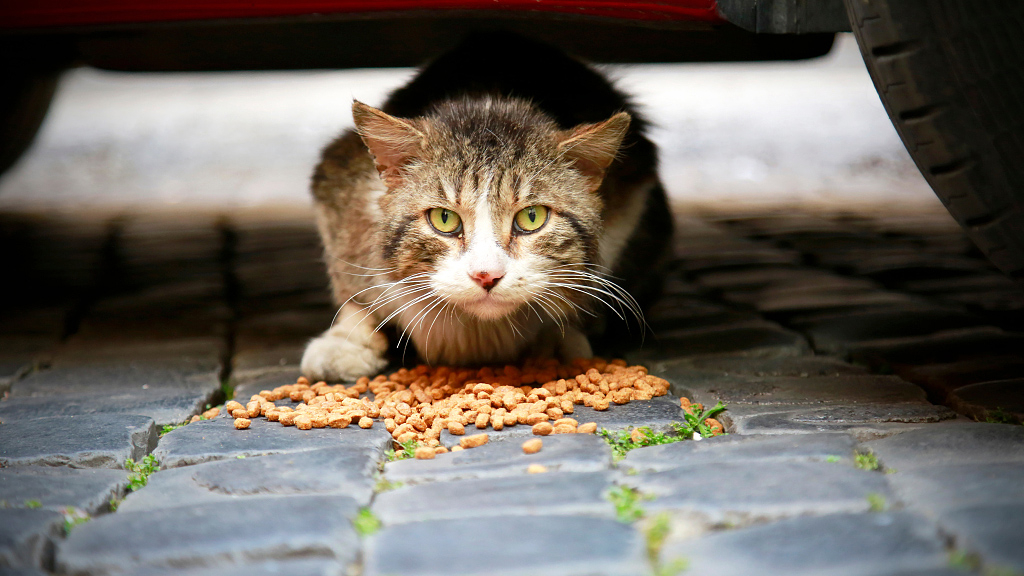 Authorities elsewhere in Europe are gradually realizing that allowances must be made for stray populations.

After Spain went into a nationwide lockdown on March 14, Madrid officials closed down 125-hectare Retiro park in the city center where around 270 cats live in 19 different colonies. A single volunteer may also enter the park three times a week, for an hour at a time, to check on the health of the cats.

Elsewhere in the Balkans, provision is more ad hoc. In Serbia, where there is no state-organised effort to feed and shelter stray animals, people in several cities and towns have organised help locally.

A similar effort is under way in North Macedonia where NGOs are calling on people to leave food on the street for the estimated 10,000 stray dogs in Skopje. In Croatia, about 40 animal shelters which had to close their doors for visitors are imploring citizens not to abandon their pets. In Albania, locked-down citizens say it is impossible to secure permission to walk a dog, let alone feed strays, so people go out in secret.