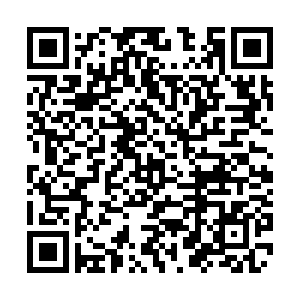 Chinese President Xi Jinping on Friday doubled down on support for Venezuela's government led by his counterpart Nicolas Maduro at a time when the coronavirus is still spreading across the world.

The Venezuelan government has immediately implemented solid actions against the pandemic, which fully showed the responsible attitude they've held in safeguarding the health and safety of its people, Xi said in a phone call with the Venezuelan leader.

"China understands what Venezuela is going through now and has dispatched several rounds of assistance including high-level medical workers to the country," Xi said, adding that his country will continue the help.

He also recalled the long-standing friendship between the two countries, further giving the country confidence at a time when the United States has rampped up pressure on Maduro's administration.

China supports the government and people of Venezuela in preserving the sovereignty of the country and maintaining the stability of the society. "We will continue to play a constructive role in pushing for the political settlement of the Venezuela issue," Xi said.

Maduro appreciated China's assistance in the phone call. "China shows in practice to the world what solidarity and cooperation mean," he said.

Venezuela is looking to strengthen cooperation with China in areas including epidemic prevention and is willing to work with China in jointly building a community with a shared future for mankind, Maduro noted.

According to the running tally compiled by Johns Hopkins University, Venezuela confirmed 171 cases, with nine deaths, as of Friday.

Xi also talked with Mexican president on the phone

In a phone call with his Mexican counterpart Andres Manuel Lopez Obrador, Xi said the coronavirus has spread quickly in Latin America and expressed sympathy to the Mexican government and people hit by the virus.

China is willing to continue to provide assistance to Mexico in its needs, facilitate its commercial procurement of medical supplies and share treatment and containment experience via video conference, Xi said.

Upholding the concept of a community with a shared future for mankind, China has been actively participating in international cooperation to fight the virus and supporting WHO's efforts, he said.

China is willing to strengthen cooperation with G20 countries to curb the pandemic, he added.

On his side, Lopez Obrador thanked China for its support in combating the coronavirus, especially with much-needed medical supplies.

The first planeload of supplies from China arrived on Tuesday, bringing tons of gloves and face masks for the country's medical corps.

As of late Thursday, Mexico reported 3,441 confirmed cases and 194 deaths.