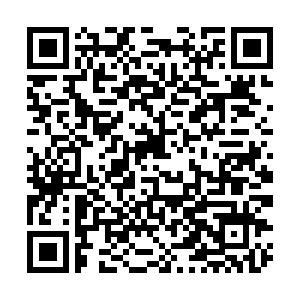 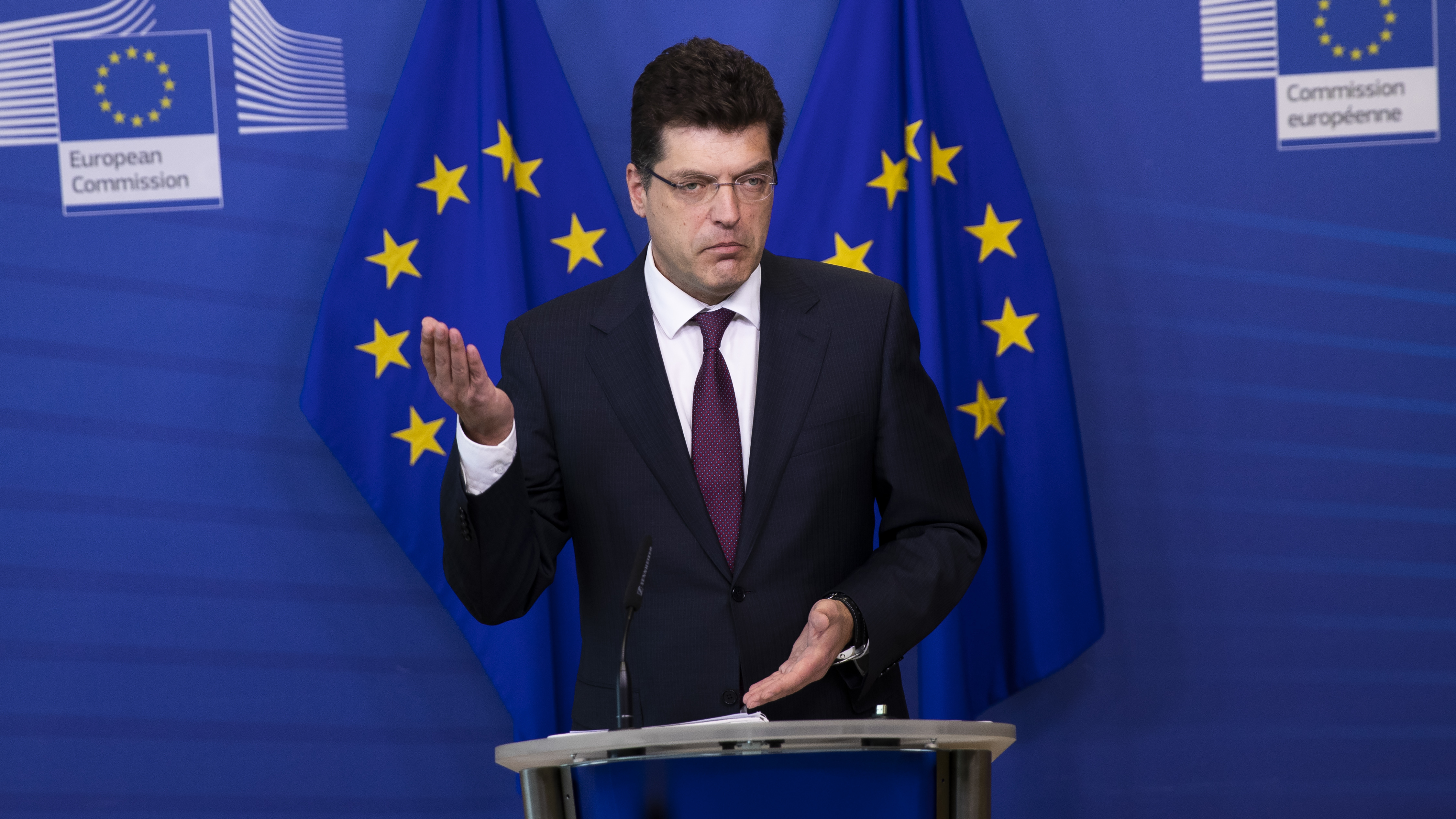 European Commissioner for Crisis Management Janez Lenarcic talks during a news conference at the EU headquarters during a partial lockdown against the spread of the coronavirus in Brussels, Belgium, April 7, 2020. /AP

European Commissioner for Crisis Management Janez Lenarcic talks during a news conference at the EU headquarters during a partial lockdown against the spread of the coronavirus in Brussels, Belgium, April 7, 2020. /AP

Editor's note: Ji Xianbai is associate fellow of the EU Centre in Singapore, Nanyang Technological University, Singapore. He holds a doctorate in International Political Economy. The article reflects the author's opinions, and not necessarily the views of CGTN.

Just over ten years since the outbreak of the euro crisis in the late 2000s, the southern eurozone economies and the European Union (EU) are once again finding themselves confronting a conundrum in relation to debt against the backdrop of the global fight against the COVID-19 pandemic.

Since late last month, the EU has been debating and disagreeing over the issuance of a special euro bonds, termed "Coronabonds," to mobilize international capital to support European efforts to contain the spread of the virus and keep businesses afloat when economic activities grind to a halt by tough lockdown measures.

The essence of the Coronabonds is to pool national debts at the euro zone level so that less vibrant European economies with lower credit ratings, such as Spain and Italy, can reduce borrowing costs, for sharing the debt portfolio with strong economies such as Germany will drive down the interest rates.

The idea of issuing common euro bonds is an innovative policy solution yet has deeply polarized the political discourse in Europe. Proponents praise it to be the symbol of European solidarity and builds up an image of an EU that takes care of the livelihood of its citizens.

On the other hand, however, opponents of it, predominately from wealthy countries like Germany, the Netherlands and Austria, abhor the parallels between the current development and the trigger of the euro debt crisis. After all, it was the irresponsible borrowing behaviors of the "PIGS" countries (Portugal, Italy, Greece, and Spain) back then that set off a series of sovereign debt crises which nearly pushed the common currency to the brink of collapse.

Apart from the moral hazard, Germany, in particular, fears that it would ultimately have to bear all the costs, as it did during the euro crisis, by providing guarantees to the Coronabonds and bailing out heavily indebted neighbors using German taxpayers' money, should the Coronabonds go wrong or Europe as a whole come out of the COVID-19 pandemic in seriously bad economic shape. 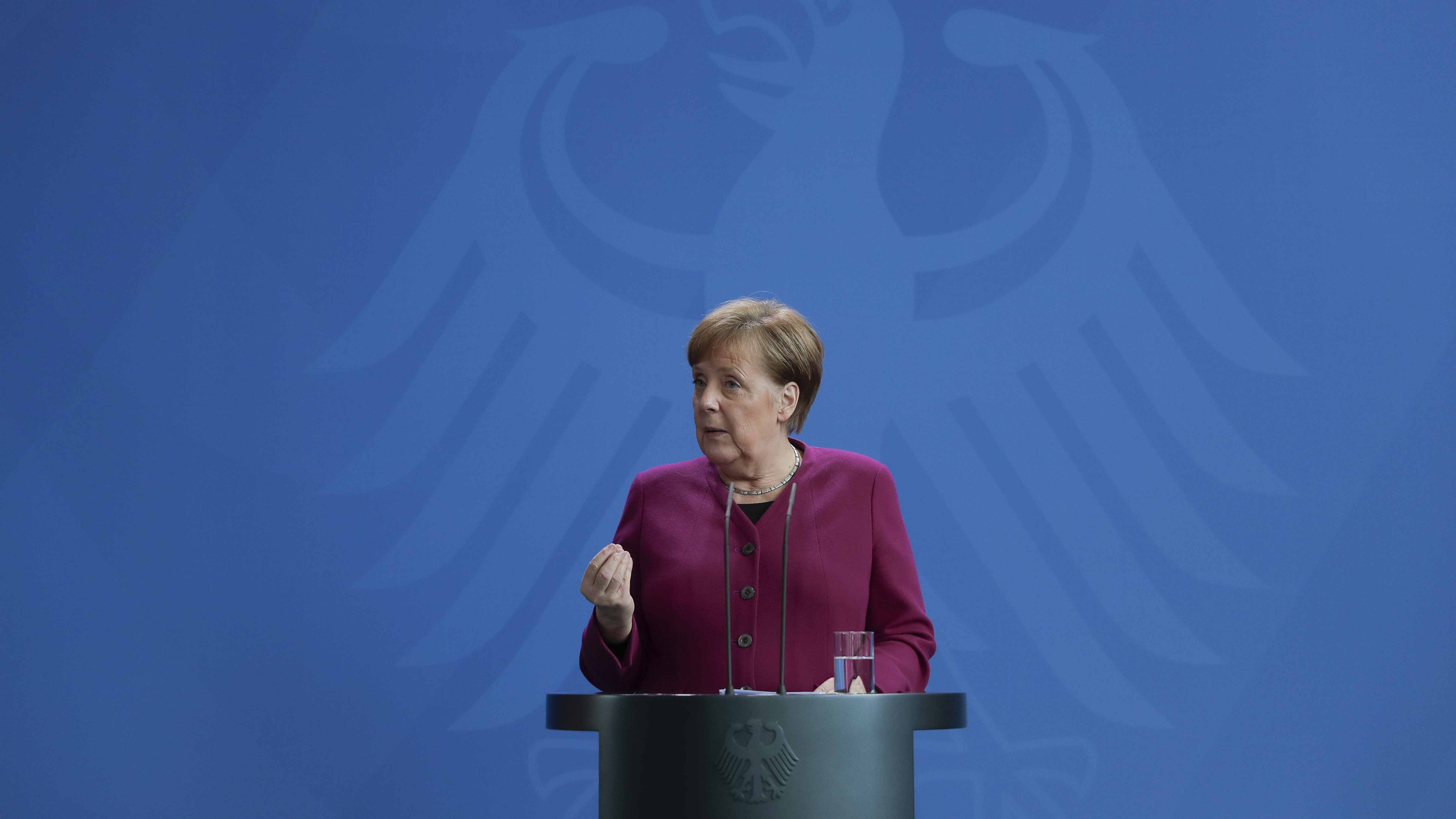 German Chancellor Angela Merkel briefs the media about measures of the German government to avoid further spread of the coronavirus at the chancellery in Berlin, Germany, April 9, 2020. /AP

German Chancellor Angela Merkel briefs the media about measures of the German government to avoid further spread of the coronavirus at the chancellery in Berlin, Germany, April 9, 2020. /AP

As such, a compromise between the two camps have to be struck before the helpful Coronabonds can be issued. I see three specific ways out of the current political deadlock.

First, the major beneficiaries of the Coronabonds including Italy, Spain and France will have to soften their stances in the ongoing negotiations about the next long-term EU budget. These countries have been demanding richer European nations to contribute more to the common EU budget, thus pitting them against the "Frugal Four" (Austria, Denmark, the Netherlands and Sweden) and Germany, which are reluctant to do so. Should Germany and Austria reverse their opposition against the Coronabonds, Italy and Spain should also drop their demand when the talks on the next EU budget resume in a quid pro quo.

Second, Germany alone should not be held responsible for cleaning up the mess or forking out for other countries' debt positions in the context of the Coronavirus. The issuance of the Coronabonds should be accompanied by concurrent enhancement of the European Stability Mechanism (ESM), as the regional financial safety net and the loosening of eurozone national fiscal rules that would apply in normal circumstances. To enhance the legitimacy of the Coronabonds to northern European voters, there might be scope for the International Monetary Fund, headed by Kristalina Georgieva, former European Budget Commissioner, to play a supporting role through a COVID-19 "European Troika" involving the European Commission and the ESM.

Third, institutional and legal guarantee of borrowing countries must be put in place to ensure that the Coronabonds is a one-shot emergency loan and not free cashes pushed across the table from other well-managed and fiscally disciplined European economies. In practice, that may entail Coronabonds beneficiaries to accept EU- sanctioned political conditionalities and economic reform proposals directed at boosting international competitiveness and internal inclusiveness of the eurozone. Leveraging the Coronabonds to fight the coronavirus in a way that also stimulates the wider economic dynamism of the eurozone (i.e. killing two birds with one stone) will presumably reassure skeptical German taxpayers.

Undoubtedly, the idea of issuing common Coronabonds is an excellent proposal but the legitimate concerns harbored by rich northern European nations must be addressed for the proposal to get off the ground. To the extent that the leaders of the EU and the 27 member states have sufficient political wisdom and are developing a convergent view about the collective interest of the EU in the shadow of the common enemy, I am cautiously optimistic that the Coronabonds can be approved and issued in the weeks to come.