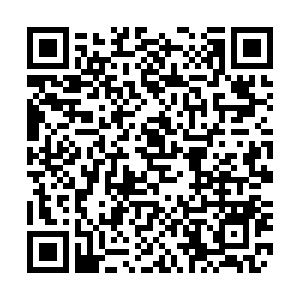 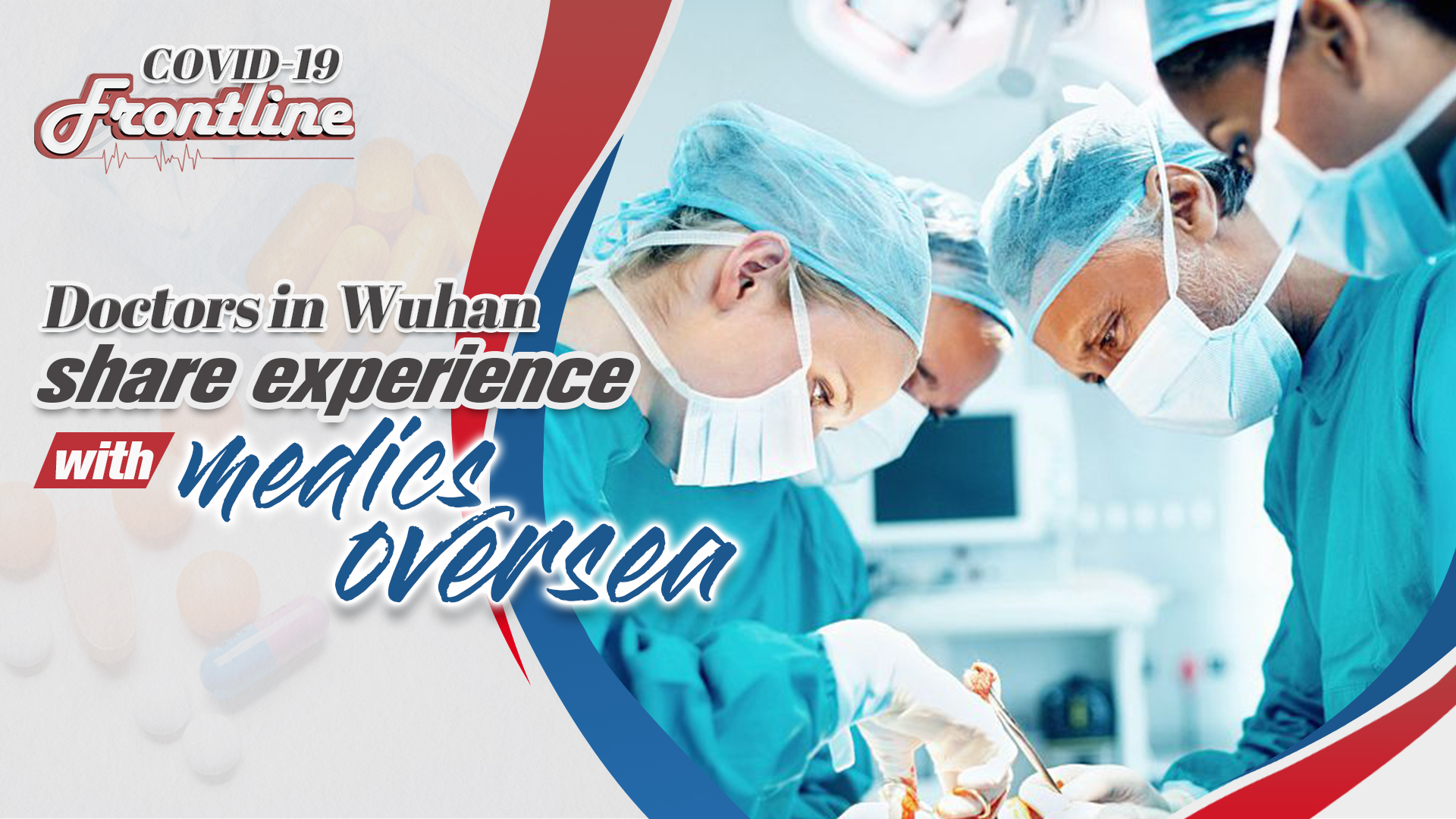 Editor's Note: The World Health Organization (WHO) declared COVID-19 a pandemic on March 12. As of April 10, 213countries and regions worldwide have confirmed over 1,500,000 cases, with more than 90,000 deaths, according to the WHO. CGTN's live program "COVID-19 Frontline" invites medical workers and experts from central China's Wuhan and all over the world to share their experiences and take questions from social media users, in the hope of providing more information to those who are battling against the pandemic.

As the COVID-19 pandemic continues to ravage the world and threaten people's lives, more and more countries are turning to China for experience in preventing, controlling and treating the disease.

In the latest episodes of CGTN's live program "COVID-19 Frontline," doctors from Peking Union Medical College Hospital (PUMCH) who have been treating critically ill patients since February in Wuhan, shared firsthand experience with their counterparts in Singapore, India and South Africa.

It's the third day since Wuhan, China's once hardest-hit city at the epicenter of COVID-19, lifted its lockdown measures as the epidemic has been largely put under after three months of hard work. Official data shows that in Hubei Province, where Wuhan is the capital city, there are only some 300 COVID-19 patients left, with fewer than 100 of them in critical condition. 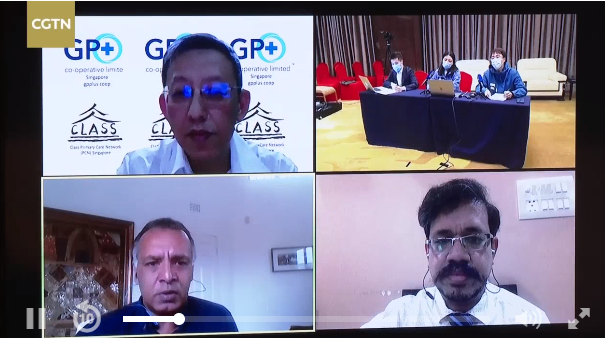 How did the lockdown in Wuhan help contain the epidemic?

Shabir A. Madhi, a professor of vaccinology at the University of the Witwatersrand, Johannesburg, South Africa, said that some countries and areas have also implemented lockdowns, which have not seemed to work well. He wondered why it worked for Wuhan and China.

Cao Wei, Deputy Director of Department of Infectious Disease at PUMCH, explained that much more has been done in Wuhan in addition to the lockdown measures, especially concerted efforts across the whole country.

After Wuhan was locked down in January, over 40,000 medical workers and continuous medical supplies from across the country have been sent to the city and other places in Hubei for help, as during such a big public health emergency, the health system in any one city around the world would be overwhelmed without strong support from outside.

Besides, strict measures have been taken from the community level. Community-based observations have been conducted to identify all potential carriers of the novel coronavirus. Certain hotels were used to take in suspected cases for quarantine. Temporary hospitals were set up for mild patients. Medical centers have been designated for severe or critically ill patients, she explained.

"The basic rules are to control the infection sources and cut the transmission routes. In order to realize that, I think different countries can choose different measures based on their situations," she said.

Xiao Meng, Assistant Director of Department of Laboratory Medicine at PUMCH reiterated that early identification, reporting, isolation, diagnosis and treatment of the patients, which China has practiced, is the best and most effective way to contain the epidemic. 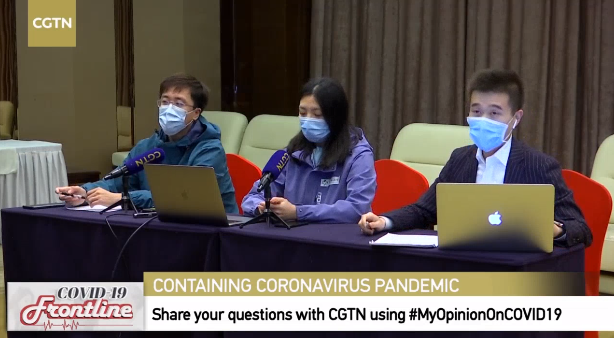 Who should be tested for the virus?

Dr. Leong Choon Kit, a general physician at Tampines Family Medicine Clinic in Singapore, asked how to decide who should be tested for the virus.

Dr. Xiao said that in China, the situations have been different in and outside Wuhan. Outside the city, only suspicious patients going to hospitals would be tested, because there have not been many cases.

In Wuhan, the community staff just went to all households one by one to find anyone with suspicious symptoms like fever and cough, and sent them to designated hospitals and got them tested as early as possible, so as to make sure no suspicious case is left in the communities.

Home isolation has not been recommended in China. All suspected patients should take quarantine in designated places and repeated tests are needed to ensure the accuracy of the results, he noted.

How did they identify asymptomatic patients?

Dr. Leong also asked about how the team identified asymptomatic patients, who could spread the virus without being noticed.

Dr. Xiao said that the majority of asymptomatic patients turned out to be close contacts of confirmed cases. Therefore, contact tracing for confirmed cases was essential.

In China, the epidemical history investigation of any confirmed case had to be finished within 24 hours after a confirmed case is identified, and all close contacts are quarantined and tested, he said.

In previous programs over the past two weeks, Chinese health experts and doctors have answered questions and shared their experience to international medics with regard to a wide range of topics, such as how to effectively treat the patients, how to protect medical workers, the effects of traditional Chinese medicines (TCM), and how different antivirals work.

In the later programs, more doctors and experts on the frontline in Wuhan will join in to share their experience with their colleagues from other parts of the world. And for those who have questions or confusions, you can also pose your questions with CGTN using #MyOpinionOnCOVID19 on Facebook.