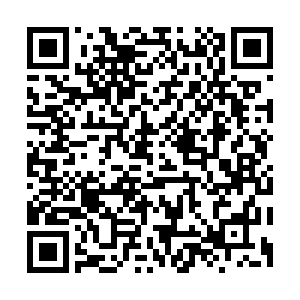 The International Monetary Fund said Friday it will disburse 191.8 million U.S. dollars in emergency aid to North Macedonia to help it cope with the economic impact of the COVID-19 pandemic.

The loan, which has been approved under the lender's Rapid Financing Instrument (RFI), will help the tiny Balkan country finance the health and macroeconomic stabilization measures and meet the urgent balance of payments needs arising from the virus crisis, the IMF said. 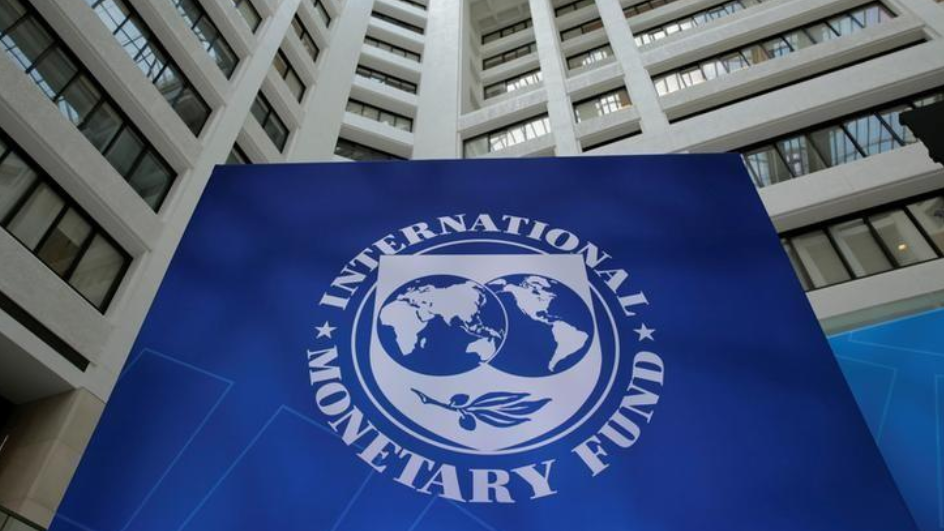 The Washington-based lender decided earlier this week to disburse emergency aid equalling 100 percent of quotas that its members have with the IMF, which doubled the previously set amount to 100 billion U.S. dollars. The loans are provided in the form of immediate disbursements and would be mostly given to low-income emerging-market countries to mitigate the economic shocks of the coronavirus.

The coronavirus pandemic has taken a major toll on the North Macedonia economy, the lender said, forecasting a four percent decline in the real gross domestic product in 2020 due to a fall in both domestic and external demand.

Macedonia had projected its GDP would grow 3.8 percent this year.

The country has recorded 711 cases of coronavirus infection and 32 deaths.

"The authorities quickly responded with targeted and temporary fiscal policy support to limit the social and economic impact of the health emergency," Tao Zhang, the IMF Executive Board deputy managing director and acting chair, said in a statement.

Zhang said the country's central bank has cut its monetary policy rate and implemented regulatory changes to encourage banks to restructure debts of high-quality borrowers affected by the pandemic.

He also said authorities have committed to rebuild fiscal buffers once the crisis is over and implement the structural reforms needed to preserve debt sustainability and speed up income convergence to European Union countries.

Last month, the EU pledged to start membership negotiations with North Macedonia and Albania after two years of delays.

North Macedonia has become NATO's newest member earlier this month following a long process that included a change to the country's name.

Meanwhile, the International Monetary Fund has also approved a 51.6-million-euro (56.06 million U.S. dollars) loan for Kosovo to tackle the economic crisis caused by the coronavirus and address urgent balance of payments issues, the international lender said.

It said the pandemic will hit Kosovo's economy hard. While Kosovo is not a member of either the European Union or the Euro zone, the country unilaterally adopted euro in 2002 during the United Nations Interim Administration mandate. 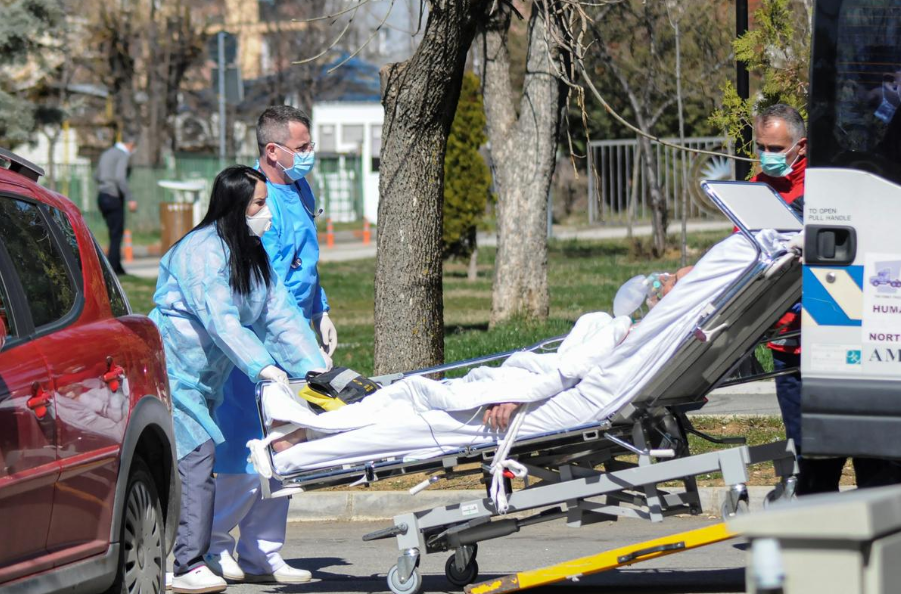 Medical workers carry a patient who is suspected of having coronavirus disease (COVID-19) in a hospital in Pristina, Kosovo, March 16, 2020. /Reuters

Medical workers carry a patient who is suspected of having coronavirus disease (COVID-19) in a hospital in Pristina, Kosovo, March 16, 2020. /Reuters

"The economy is expected to contract by five percent in 2020 as tourism receipts, remittances, exports of goods, and FDI will decrease due to travel restrictions and the effect of COVID-19 in trading partners and remittance-originating countries," the IMF said in a statement.

The small Balkan region had expected to see economic growth of around four percent this year.

The government said it will inject some 180 million euros into the roughly eight-billion-euro economy to help the private sector cope with the crisis.

As of late on Friday some 250 people were infected with the coronavirus in Kosovo, including seven deaths.

The IMF has received requests for emergency financing from more than 90 countries and regions since the global pandemic prevailed.

Some countries like Iran have been not yet been granted the emergency loans.

In Iran's case, the U.S., which has veto power in the executive board, has been attempting to block the issuance of these loans. The Trump administration cited reasons such as uncertainty over whether the emergency funds will be used to tackle the crisis in its bit against the Iranian request, while Tehran has been pressing the IMF to process the request.

Iran has one of the deadliest coronavirus outbreaks, with over 4,000 deaths recorded.

The IMF said it had an overall lending capacity of one trillion U.S. dollars and would do all it can to come to countries' aid. Apart from issuing emergency loans, it is also exploring other options to lend its support for countries to stem the crisis.

It is looking at ways to provide additional liquidity support, including through creation of a new short-term liquidity line, and solutions that would allow lending even to countries whose debt was unsustainable, IMF Managing Director Kristalina Georgieva said on Thursday.

But she also painted an extremely grim picture of the coronavirus toll on global economy. The pandemic will turn global economic growth "sharply negative" in 2020, triggering the worst fallout since the 1930s Great Depression, with only a partial recovery seen in 2021, she said.