A lasting date: A story of inheritance from Xinjiang to Shaanxi
By Wang Xiaonan, Zhang Wanbao 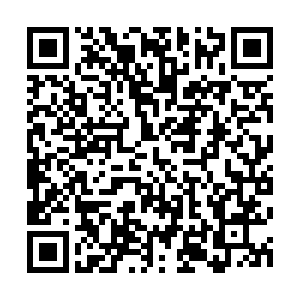 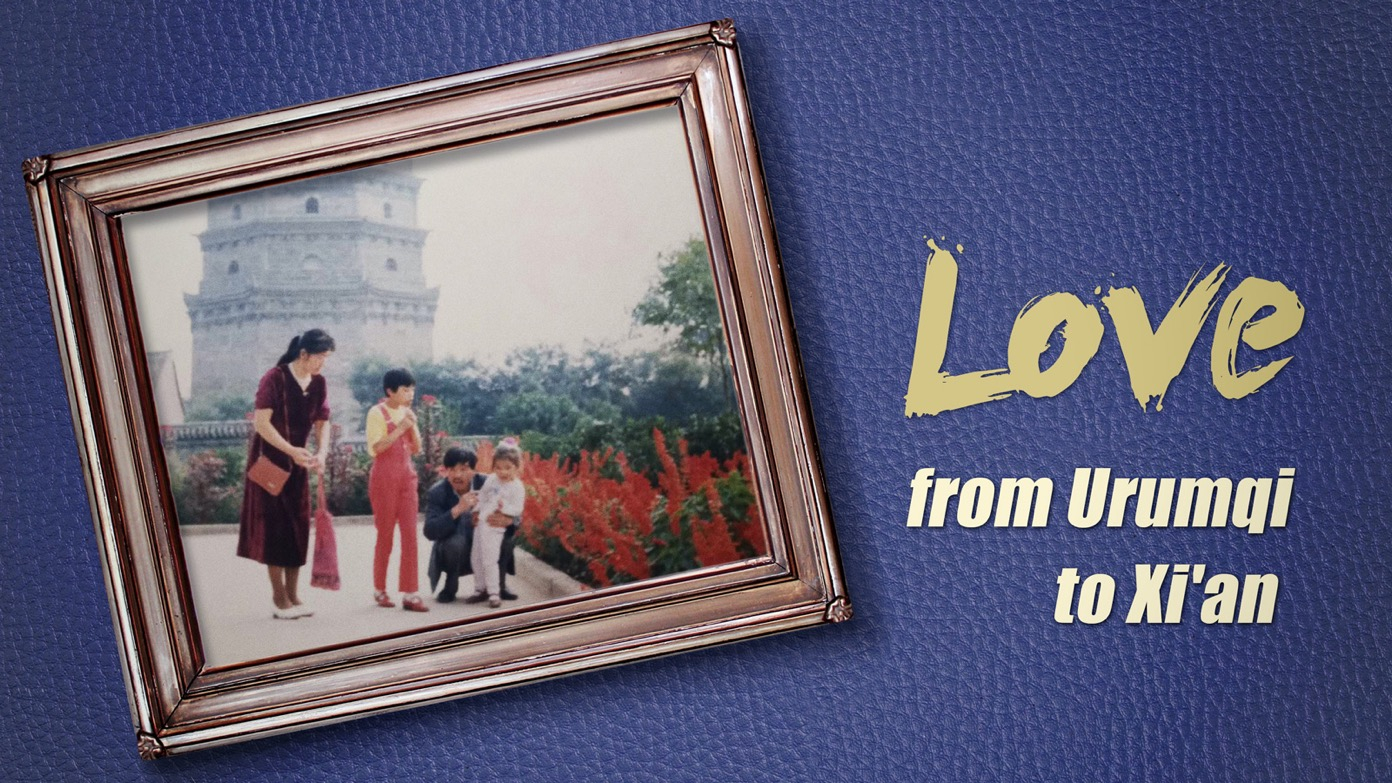 In the summer of 1988, Sha Ying and her husband Xamela Sdiq traveled over 2,500 kilometers from their hometown in a Manas forest farm to Yangling – at the time a ramshackle town nestled in the country's hinterland. They made the transfer due to an order from Xinjiang's education commission that dispatched them to manage a halal canteen at Northwest Forestry College – now known as Northwest A&F University.

Despite its proximity to the bustling historical city of Xi'an, Yangling was much less developed than Urumqi – the capital of far western Xinjiang.

"The college was the only thing in town, and there was no other thing of modernity," said Sha Ying, a native of Manas, a county under the Changji Hui Autonomous Region in northern Xinjiang. Because she is proficient in Mandarin, Uygur and Kazakh, she was assigned to help minority students at Northwest Forestry College, together with her husband – an ethnic Kazakh who also worked at Xinjiang Agriculture University.

Back then, Northwest Forestry College had many minority students, mostly from southern Xinjiang, who could not speak Mandarin. In addition, they were not used to food from the inland.

Sha Ying and Xamela started working at the small halal canteen that could only hold six long tables the next day. They not only worked to improve the quality of the local Muslim diet and the dining environment, but also became part of the campus life of minority students. 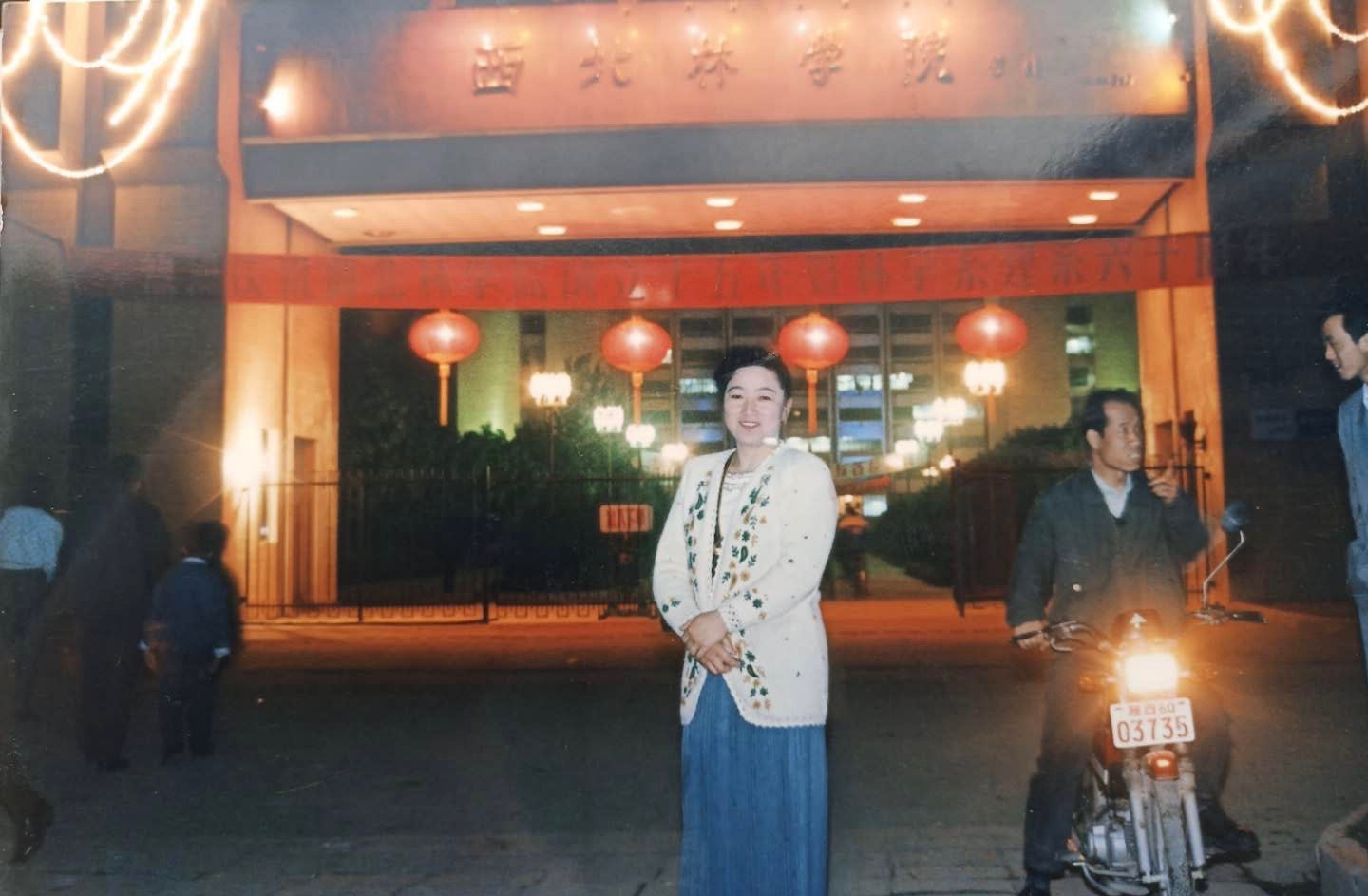 Sha Ying stands in front of the gate at Northwest Forestry College, in Yangling, northwest China's Shaanxi Province, in 1988. /Courtesy of Halina

Sha Ying stands in front of the gate at Northwest Forestry College, in Yangling, northwest China's Shaanxi Province, in 1988. /Courtesy of Halina

A home away from home

Many found Yangling, which resembled a ghost town during summer and winter vacations, too dilapidated to live in the 1980s. But Sha Ying and her family stuck to their posts.

"They were dumbfounded when they first arrived. There were barely asphalt roads and locals wore humble clothing," recalled Halina, the daughter of the family. In 1988, she was 9 and her younger sister was only 1-and-a-half years old. Life was hard, and they sometimes lacked even daily necessities.

Sha Ying and her husband participated in the lives of their students, helping them solve problems and mitigate misunderstanding deriving from language barriers. "My parents always invited them home for dinner to celebrate festivals like the Corban, the Id al-Fitr, as well as the Spring Festival. They cordially called my mother 'Xinjiang mom,'" Halina said. Despite their meager income, Sha Ying and her husband also helped pay the living costs for students with financial difficulties.

Over the years, the canteen was renovated and expanded four times under their efforts, growing from an obscure dining room to China's largest university halal cafeteria. Sha Ying even decorated the interior of the two-story building herself.

In Halina's eyes, her mother, born into a relatively well-off family, made two extraordinary choices: One was to marry a Kazakh at a time when people from different ethnic groups were not supposed to date, let alone tie the knot, in the conventional sense; the other was decisively taking root in this strange, run-down environment. 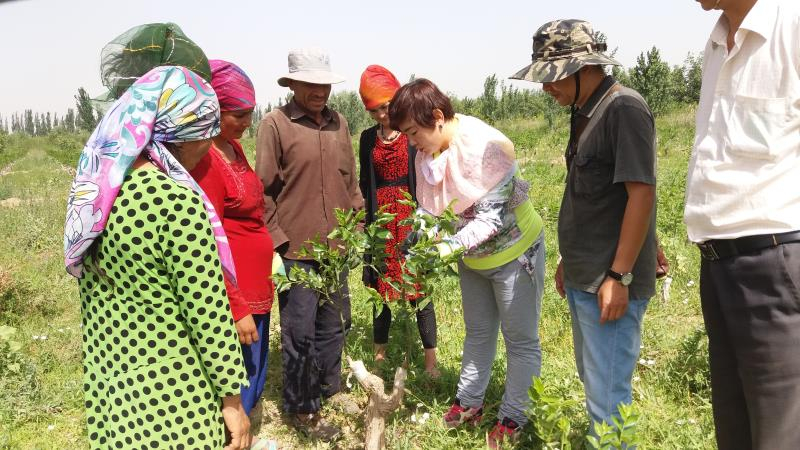 Halina inherited her mother's courage and perseverance. She majored in soil and water conservation, but did not choose a job that matched her academic background back then. Instead, she took up a tutoring position at her university while studying for her master's degree over the next half a decade.

Halina never gave up her desire to contribute to the conservation efforts of her homeland, eventually pursuing a doctorate in horticulture that led to a research position in improving the breeds of jujubes, also known as red dates.

Southern Xinjiang is known as the largest region for producing jujubes in China. The arid climate with abundant sunshine is particularly conducive for cultivating the crop, but its proximity to the Taklamakan Desert meant that sandstorms negatively impacted their growth. This is where Halina and her team from Northwest A&F University came in, bringing samples of the jujube and relevant materials back from Xinjiang to study. "We traveled around 40 to 50 times to Hotan, Aksu and other places in Xinjiang every year, picking up samples to study and also teaching locals to better grow jujubes."

Their efforts have not been in vain – Halina and her team have cultivated various bacteria to rid the soil of pollutants stunting the growth of jujubes. So far, Halina noted that production of the crop in their cultivation bases in Xinjiang has surged by 20 percent.

The jujube is undoubtedly central to local life in Xinjiang and an important fruit for the rest of China. Locals in the far western region are now leveraging this age-old crop to lift themselves out of poverty, due in part to determined individuals such as Halina and her parents. It seems the jujube doesn't fall far from the tree.