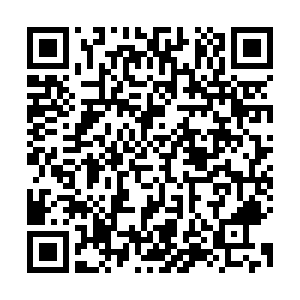 Major U.S. airlines urged Treasury officials and the federal government's outside advisers on Saturday to scrap or revise a proposal that would make part of the 25 billion U.S. dollars earmarked by Congress to help keep workers on the payroll repayable in the form of low-cost loans.

Treasury Secretary Steven Mnuchin told the airlines on Friday the government would require them to repay 30 percent of the grants in low-cost loans over 10 years – with the first five years at one percent interest – before the interest rate would rise. The government is also seeking warrants equal to 10 percent of the loan amount.

The U.S. airlines have idled more than 2,200 airplanes, a third of the fleet, canceled hundreds of thousands of flights and sought to shore up their balance sheets as travel demand has fallen by about 95 percent because of the coronavirus pandemic.

In calls with U.S. Treasury officials and the government's outside advisers, airlines were making the case that Treasury should not require them to repay a big chunk of grants, in part because the amount of 25 billion U.S. dollars is not sufficient to cover the full amount of payroll costs submitted.

Airlines for America, a trade group representing American Airlines Group Inc, United Airlines, Delta Air Lines, Southwest Airlines Co, JetBlue Airways Corp, Alaska Airlines and others, said Saturday it believes the 25 billion U.S. dollars in payroll assistance was "to be only in grants – which is considerably more effective for our employees – and not a combination of grants and loans."

Under the terms laid out in the statute, companies receiving funds cannot lay off employees before September 30 or change collective bargaining agreements. Mnuchin has authority to demand compensation for the grants but is not required to do so.

Sara Nelson, president of the Association of Flight Attendants union, wrote on Twitter Saturday that if Treasury insists on airlines repaying seven billion U.S. dollars in grants, "job cuts will happen now AND longer term cuts will come in October. This is absolutely stealing from the money Congress allocated directly to workers."

Congress set aside another 25 billion U.S. dollars in loans to passenger airlines, but no action on those is expected until Treasury makes decisions on the grants.

Some airlines were seeking other changes in the terms including ensuring grant funds are paid as a lump sum rather than on a monthly basis.

The Treasury said Friday Mnuchin will not require passenger air carriers that will receive 100 million U.S. dollars in assistance or less to provide compensation.

Airlines were told they could apply for the amount they paid in salaries and benefits in the second and third quarters of 2019. American Airlines, with the largest number of employees, had said it was seeking around 6 billion U.S. dollars.