Out of hospital, UK's Johnson says 'it could have gone either way'
CGTN 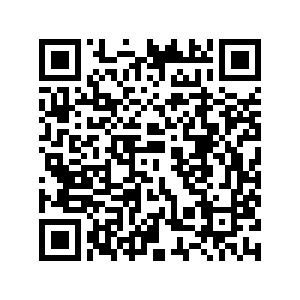 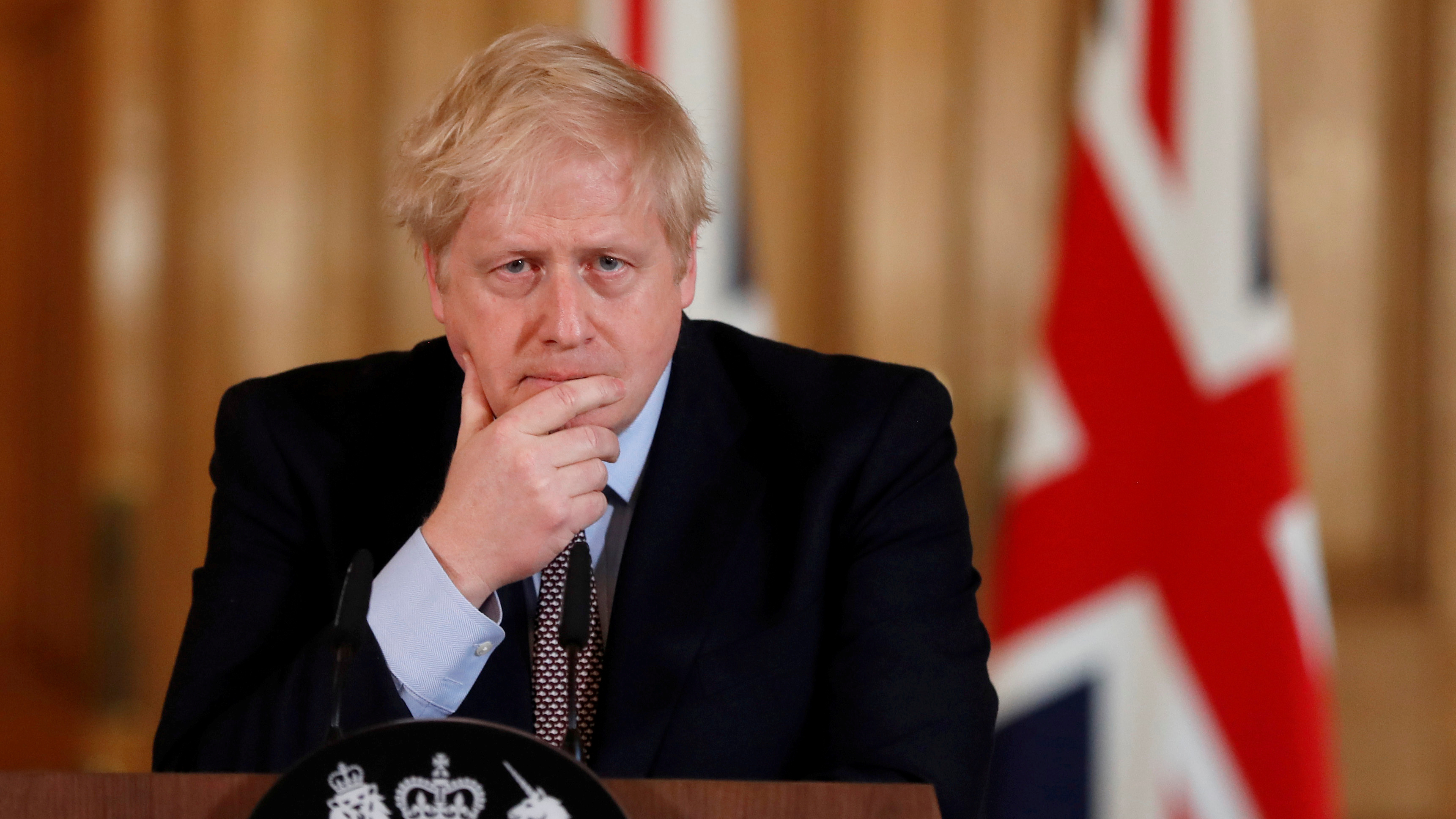 British Prime Minister Boris Johnson said "it could have gone either way" for him while he was in hospital being treated for COVID-19 last week.

"It is hard to find the words to express my debt to the NHS (National Health Service) for saving my life," he said in a video message posted on Twitter on Sunday, shortly after it was announced he had been discharged from St Thomas' hospital in London.

He thanked everyone in Britain for following social distancing guidelines and said he believed the efforts being made by the whole nation were worth it. 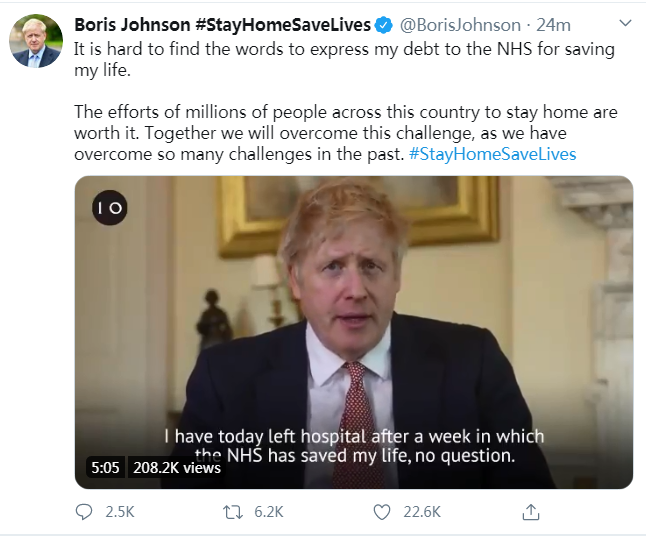 Johnson has been discharged after spending a week in the hospital because of the new coronavirus and will continue his recovery at Chequers, a Downing Street spokesman said Sunday.

"On the advice of his medical team, the PM will not be immediately returning to work. He wishes to thank everybody at St Thomas' for the brilliant care he has received," the spokesman said.

"All of his thoughts are with those affected by this illness," the spokesman added. 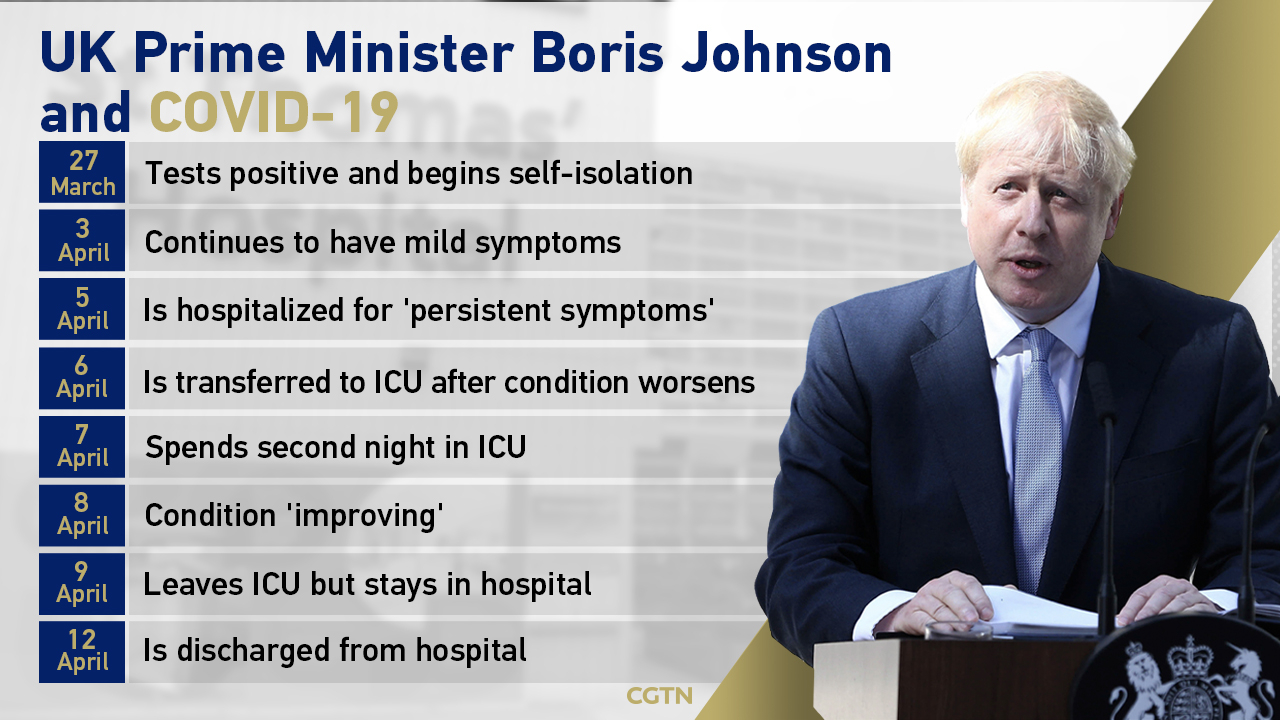 Johnson, 55, was taken to St Thomas' Hospital in central London on April 5, suffering from persistent coronavirus symptoms. On April 6 he was moved into intensive care, where he remained until April 9.

In his first comments since leaving intensive care, Johnson said he owed his life to hospital staff. "I can't thank them enough. I owe them my life," he said in comments that were released to journalists and confirmed by his office on Sunday.

His pregnant fiancee, Carrie Symonds, who has also suffered from COVID-19 symptoms, thanked National Health Service staff in a series of tweets shortly after the Downing Street statement on Johnson being discharged.

"There were times last week that were very dark indeed. My heart goes out to all those in similar situations, worried sick about their loved ones," she said. 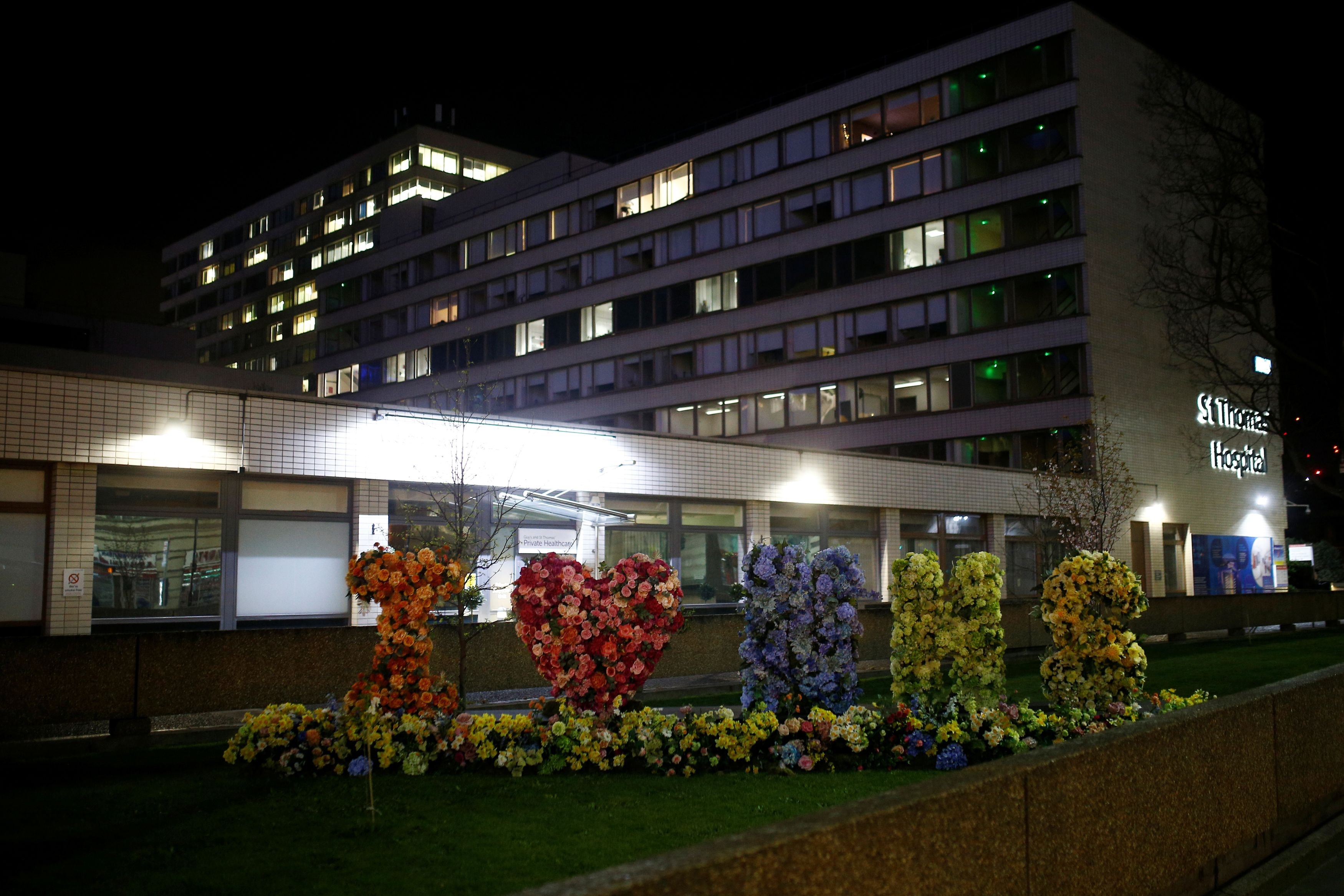 While Johnson has been out of action, his ministers have come under mounting pressure to explain why the national death toll is rising so fast.

Britain has reported two days in a row of hospital deaths increasing by more than 900 people. Friday's death toll of 980 surpassed the highest recorded in a single day in Italy, the hardest hit country in Europe so far.

The British government has had to defend its response, which has included carrying out far less testing than in some other European countries and ordering a lockdown that came comparatively late.

Ministers have also resisted apologizing for a shortage of protective gear for hospital staff. In a sign of the gravity of the emergency, Queen Elizabeth issued her second rallying message in a week, telling the nation that "coronavirus will not overcome us".