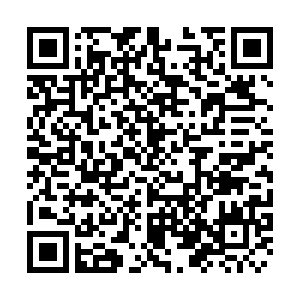 The United States and China have to facilitate bilateral cooperation on combating COVID-19, which is affecting over 180 countries and regions, to save the future of the global community, Chinese Ambassador to the U.S. Cui Tiankai has said.

"Let's work together to respond to this global crisis, to save people's lives, to save the future of global economy, and to save the future of the global community. This is our paramount task," Cui said in an interview on April 3 with Ian Bremmer at weekly digital and broadcast show Gzero World, which was aired nationally on Saturday by American Public Television.

"This is such a complex and comprehensive relationship. But fortunately at the top level, our two presidents have maintained good communication between them," said Cui responding to a question on China-U.S. ties.

Noting that "President Xi Jinping and President Donald Trump had another phone call" in late March, Cui said "it was (a) very long, very constructive phone call. They agreed that our two countries should really work together."

"This is the time for solidarity and cooperation," said Cui. "Let's concentrate on the positive things. Let's focus on our common interests and mutual needs."

The Chinese envoy listed three things to which the embassy gives priority "at this critical moment" as COVID-19 is ravaging the world.

"We in the embassy are doing our best to facilitate such communication and coordination between us," he said, adding the two country's CDCs (Centers for Disease Control and Prevention) had another video conference of "a very technical nature" on March 29.

"Second, as agreed by the two presidents and as agreed by the leaders of G20 at a special summit, we have been really making good efforts to stabilize global market, boost global economic growth, and protect people's jobs and livelihood," Cui said. "This is, I think, one of the priorities for us."

"Based on my own experience here, our two leaders have a very good and effective working relationship between them. Their meetings and their phone calls have been, all of them, constructive and giving us some guidance about the relations," he said.

"So hopefully, everybody would work together with us to implement such agreement between the two presidents, and really focus on the constructive things that we really have to do together," he said.

"Then maybe as important as all these things for me and for the embassy, honestly, we have to make sure that we have a supportive public opinion for cooperation between our two countries. This is maybe as difficult as the previous two, but this is crucial," he said.

Cui added that the embassy has to take care of the overseas Chinese, the students as well as all the Chinese diplomats and their families in the United States. 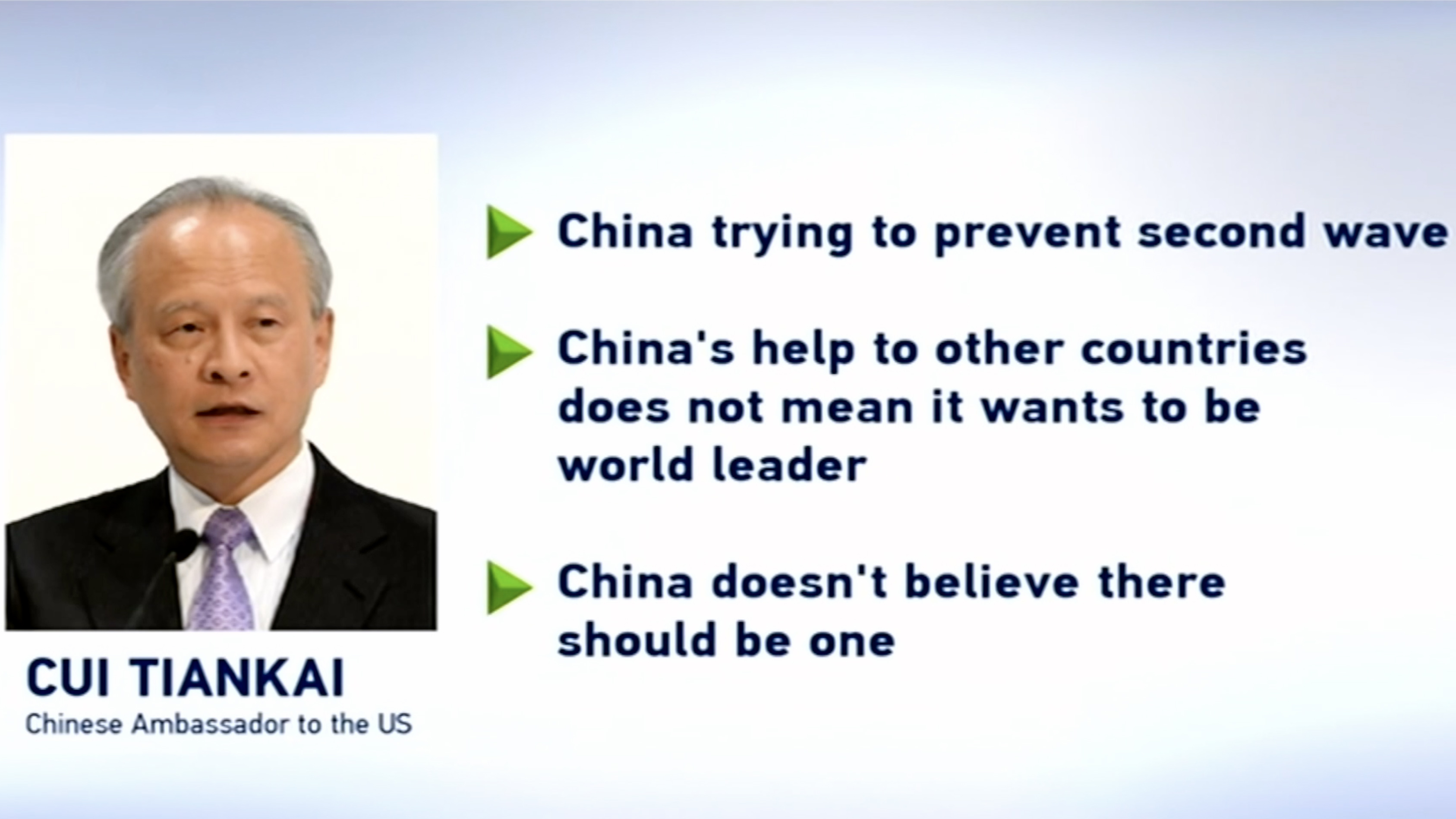 All countries should contribute to international efforts to combat COVID-19, prioritizing people's life and health and rejecting any attempts to politicize the pandemic, Cui said.

"I think what we have learned from our experience and from the experience of other countries is that we really have to put people's lives and health first. This is the most important thing for us to do. And we should do it at any cost," he said in the interview.

"We really have to reject any attempt at taking political advantage of other people's sufferings," he said, adding "unfortunately, there are still elements here, maybe elsewhere in the world, who are making such an attempt."

"We have to work together and firmly reject all such attempts. Then in the long run, I think we should draw the proper lessons from this pandemic," he said.

"For the last few years, so many people were talking about strategic rivalry among the major powers, the so-called 'Thucydides' trap,' and so on and so forth," he noted.

"But very few people anticipated that such an invisible virus has made such a big impact on all of us," he said. "So I think people have to give serious thinking to what is a real threat for all of us. What is our real enemy? And where lies our common interest? How we should respond globally together to such global challenges?"

Noting "this is a huge crisis for all of us," the ambassador dismissed the allegations of some Western politicians that China got a political agenda in helping other countries fight the virus.

"What is driving our action right now is our understanding that we're all part of the community," he said. "China cannot be safe from the virus if all the other countries are still struggling ... in a sense, we are also helping ourselves by helping others."

"And I don't think our aim is to be the so-called the 'leader of the world,' because we never believe that there should be a leader for the world. We believe in equality of all the countries," he said. "Of course, some countries are more powerful, more capable of doing things and should make bigger contribution. And we're ready to do that."

"But still, what we really want to have is mutual respect, true respect with each other, and full recognition that differences among countries will continue to exist. We should see these differences as a source of diversity, complementarity rather than confrontation or conflicts," he said.

"I think people welcome our help, of course, and we are trying our best to deliver some technical assistance, some medical supplies, and share with them our own experience of dealing with this virus. But we also make it clear what we have done in China is based on China's conditions, on China's circumstances," he said.

Cui has refuted the accusations by some U.S. politicians and media outlets that China concealed the extent of the COVID-19 outbreak.

"For the accusations that China is hiding the numbers, just think about it, we have such a huge population, such a big country, you cannot hide the cases of a very vicious virus, because if you have patients, they are just patients. If people are infected, they're just infected. How can you hide them?" he said.

"And we're also sharing, at very early stage, in early January, what we have found out about the genome sequences of the virus and everything we learned from our own experience. We shared it with the world," he said.

"We even publicized all the possible treatments. We keep updating it, from time to time, including how to use traditional Chinese medicine to treat the patients. We made it public, all this information, all our experience," he said.

According to the ambassador, the first reporting in China was on December 27 last year. Then on January 3, China informed the World Health Organization (WHO) "of this particular situation."

"So it's just within a few days, and we alerted all the member countries of the WHO," he said. "Then a day after that, the CDCs (Centers for Disease Control and Prevention) of our two countries had their first communication."

"So you see, I'm not a medical professional, I cannot tell you whether this kind of reporting response is sufficiently clear or good, but I think in terms of time, it was done within a very short period of time," he said.

In addition, Cui called for "closer and more effective global cooperation" to ease the pandemic's impact on the global supply chain.

"This pandemic proves again this is a global challenge. The virus recognizes no national boundaries, no difference in political system, in culture, in religion whatsoever. It attacks all of us the same way. So there is an even greater need for closer and more effective global cooperation," said the envoy, responding to a question concerning stability of the global supply chain under the threat of the virus.

"We in China are doing our best to restore the supply chain, to resume production," he said, adding though the country's economy is faced with a "tremendous challenge" as is the world economy.

"But you see this is a global supply chain. We cannot do everything all by ourselves," he said.

"So we are making a lot of efforts to get supplies and to sell our products, especially these medical supplies. And we are also working with other countries to make sure the global supply chain will function again," he said.