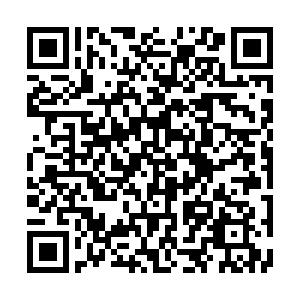 Iran allowed small businesses outside its the capital Tehran to reopen Saturday, arguing the sanctions-hit economy in the country with the deadliest coronavirus outbreak in the Middle East cannot stay in lockdown.

Iranians in several provinces reported a significant increase in cars on the roads as people went back to work, as some said the government's relaxation of measures was sending mixed messages.

Some government employees are allowed to work from home but many still have to show up at offices.

"People are confused, they don't know what to do. It's neither a complete shutdown nor an actual reopening," Reza Mirabizadeh, a software engineer from Isfahan, central Iran, told AFP by telephone.

"When they implement tough measures people are more careful and only come out with masks and gloves," he said.

"But the more it goes on and such things are announced, people get careless, thinking it's not that serious."

With Esfahan's metro closed over the outbreak, traffic was noticeably higher on Saturday morning as people began their commute, he said.

The respiratory disease has so far killed over 4,300 people and infected more than 70,000 in the Islamic republic, with some speculating abroad that real tolls could be higher.

Authorities have scrambled to contain the outbreak by shutting schools and universities as well as cinemas, stadiums and revered Shiite Muslim shrines.

The decision to reopen "low-risk" businesses has drawn criticism from health experts and even some government officials, but President Hassan Rouhani said: "There is no other way."

Iran's economy has contracted by 4.8 and 9.5 percent in the past two years, even before the epidemic, according to the International Monetary Fund.

Its forecast of zero growth for 2020 now seems unlikely because of the outbreak.

The country has faced rising inflation and a sharp decline in the value of its national currency over the past two months.

Punishing U.S. sanctions reimposed in 2018 have targeted Iran's crucial oil sector, and with global prices plummeting, the country is now earning even less.

Top officials have argued that coupled with dropping tax revenues, Iran cannot afford to shut down the economy.

"We want to continue economic activities as much as possible while fighting coronavirus at the same time," Rouhani said this week.

A "gradual" return of economic activities would also be permitted from April 18 in Tehran.

He said Saturday that "activities restarting does not mean ignoring health protocols" and called on Iranians to remain vigilant.

Iran points to "smart social distancing," including businesses having to register online with the health ministry and observe necessary protocols to be allowed to reopen.

But reopening shops is proving far from straightforward.

A shoe shop owner from Esfahan said he has been allowed to return to work, but since his business is in an alley, of the kind banned as gathering places, he cannot reopen.

"When they announce we can work, people I'm in debt to call for their money. But I can't open," he said, asking not to be named.

Local media photographs showed Iranians shopping in the southeastern city of Kerman and Mashhad in eastern Iran, with some wearing masks and gloves.

In the western province of Ilam and Yazd in the center, many shops were open but with few customers.

Mohammad Azerang, 26, said his fast food shop in Ilam has been open for weeks but "business is just down."

"But there weren't many people in the streets. Very few go out to buy anything," said pharmacist Mostafa Qasemi.

A resident of the southwestern city of Ahvaz said the reopening of businesses was dangerous but essential.

"Many are forced to go out and work. Not all can afford the luxury of self-quarantine," said Abbas Janahmadi, a freelance cinematographer.

The 28-year-old said he was turning down work over virus fears, but he may have to relent as his savings run out and payments from teaching jobs and government projects are delayed.

"One can live on savings for only so long. I don't really know what to do," he added.