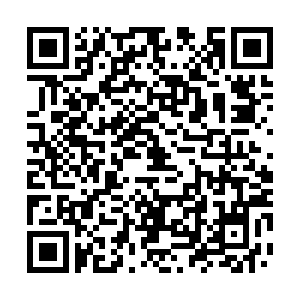 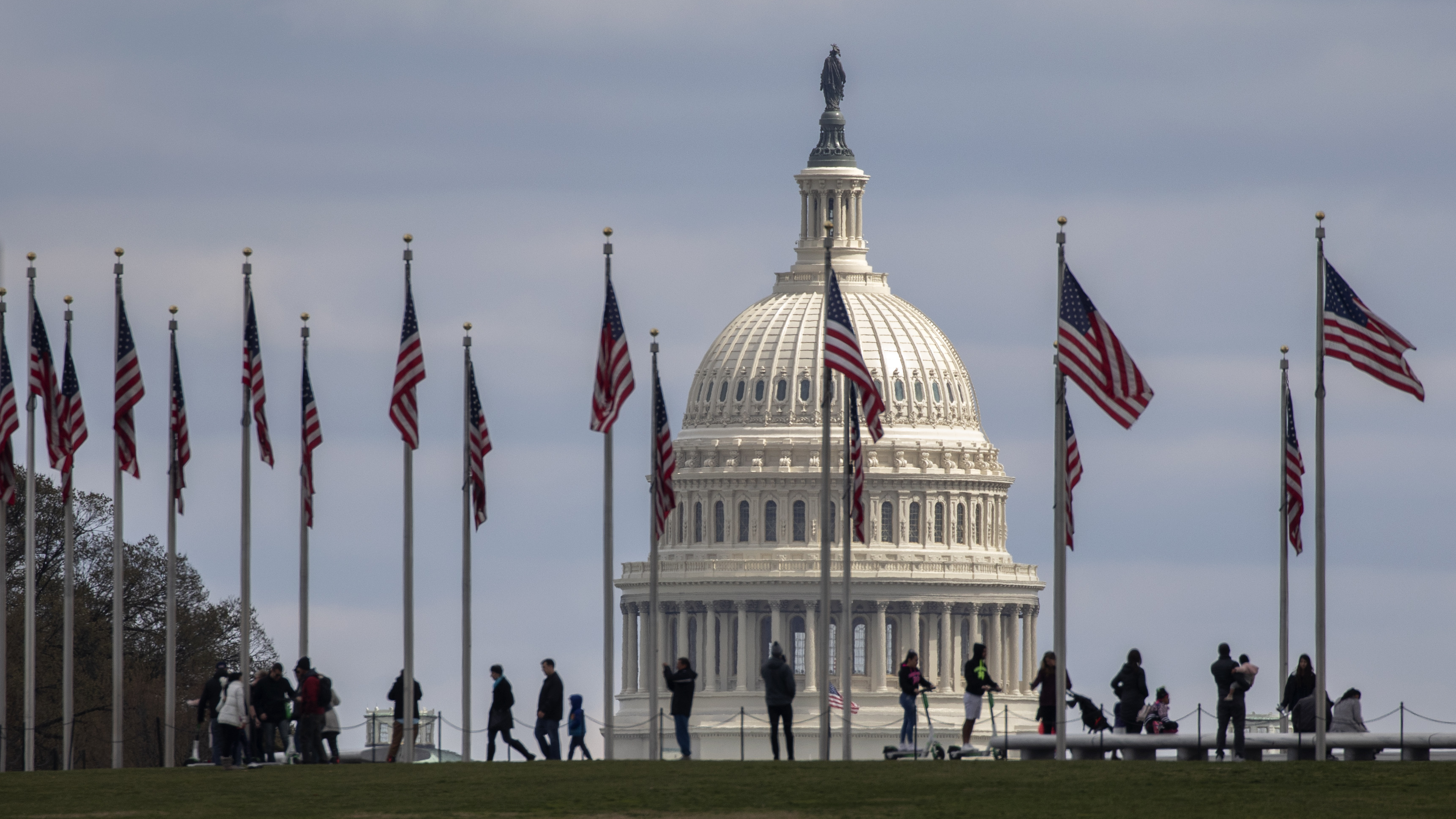 People walk among U.S. national flags with the U.S. Capitol in the background, in Washington, DC, March 15, 2020. /AP

People walk among U.S. national flags with the U.S. Capitol in the background, in Washington, DC, March 15, 2020. /AP

On Thursday, the Donald Trump administration lashed out at the U.S Congress-funded broadcaster Voice of America (VoA), blasting it as "Chinese propaganda" for covering the lifting of the lockdown in Wuhan. The move is confusing, because the organization is essentially dedicated to promoting a pro-American view of the world and supporting the nation's foreign policy, as its name and portfolio obviously suggests. Yet for the White House, a scathing critic of the U.S mainstream media, this doesn't appear to be good enough and it blasted the 200-million-U.S.-dollar annual budget spent on the organization. The organization defended itself by saying it believes in showing "both sides of the story."

The fact that the administration should single out a public broadcaster like VoA and accuse it of pro-China bias is a damning indignation as to how far this administration has lost its mind on Beijing, but most especially with the COVID-19 crisis brewing at home when he is looking to play a given blame game. Whilst attacking a given news outlet is a well-worn Trump populist tactic, the pathogen has set the administration in doubling down on an all-embracing vilification of Beijing in order to distract from its own woes. This specific attack was rooted from the fact that it shows Wuhan returning to normal, a fact which contrasts sharply to the chaos in America and questions the claim that China failed to handle the virus well and thus exposes the president's fragile ground.

Trump's attacks on the mainstream media are a long established trait of his presidency. He enjoys describing outlets that do not suit his vision as "fake news" and lashing out against them on Twitter, it is a populist talking point which serves to deflect from criticism of himself. Voice of America, however, is in uncharted territory, simply because this is an outlet that is founded by the U.S government in order to amplify a pro-American view of the world. In this case, it is truly bizarre that this outlet of all things, would be accused of being "pro-China" in its disposition. 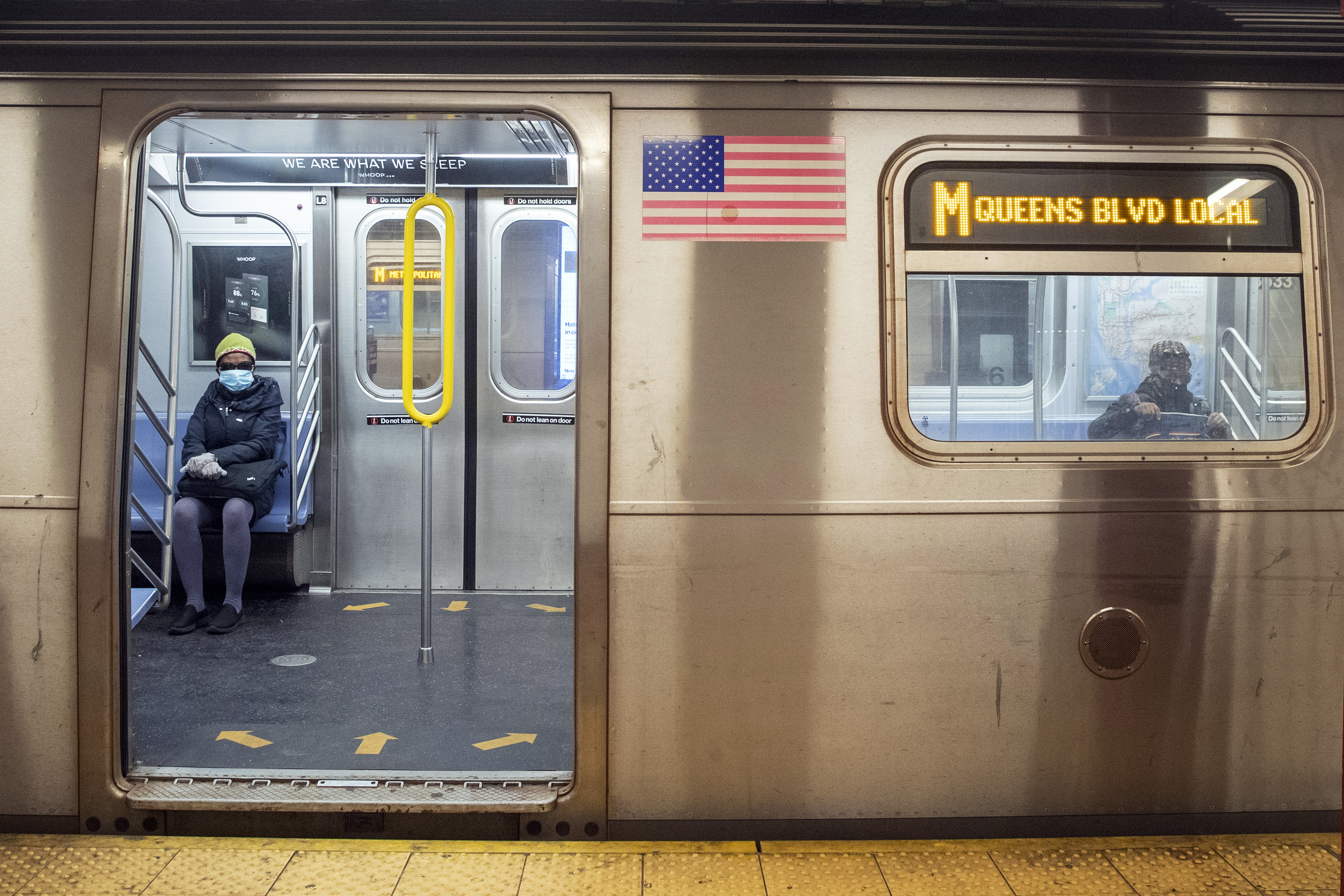 Commuters wear face masks for protection against the coronavirus as they ride the M train in New York, April 10, 2020. /AP

Commuters wear face masks for protection against the coronavirus as they ride the M train in New York, April 10, 2020. /AP

But this outburst is more a statement of how things are in the U.S. The outlet is being accused because it showed a scene in Wuhan of the lockdown lifting. For the Trump administration, this alone represents a serious challenge to the narrative because it reflects the obvious reality that China has overcome the virus quickly and successfully, in contrast to the ambition by the administration to portray Beijing's response as disastrous and a cover-up which downplayed the death toll.  As a result, VoA's reporting unintentionally stands in significant contrast to a disastrous situation in the United States which now extends to over a half a million cases and 20,000 deaths. This signifies China handled it better, and therefore Trump is not happy as this scenario exposes his own political weakness and negligence which has created the situation in the U.S.

Given this, it is not a surprise that Trump sees an opportunity in not only deflecting further from the American situation but also weaponizing the 200 million U.S. dollars in taxpayers' money being used to fund the broadcaster to whip up public anger against it and thus bolster populist support in the bid for his re-election. As has been the case before, the president sees an opportunity in positioning himself as representing ordinary American people against Washington elites and of course "China" by calling out those who are being "unpatriotic" to his cause. In turn, he can then claim he is forcing these broadcasters to do a better job for the money that is invested in them, by making them more "anti-China."

Thus, as a whole, Trump's criticism of VoA is bizarre and deranged, but it is also a projection of his own insecurity on handling the outbreak. The president's strategy to overcome criticism for his COVID-19 response is essentially rooted in offloading blame to Beijing, but for that to work the prevailing narrative that China's own response was botched has to go unquestioned. Thus, for a taxpayer-funded outlet such as VoA to inadvertently challenge that has added to the president's own fury and thus he has unfairly criticized it as being pro-China only for showing that Wuhan has reopened. This is concerning as it reveals the administration is unhinged and anxious, and the worse the situation becomes in America and the longer it lasts, ultimately the more vicious the blame game is going to become, even to the point that ultra-partisan organizations in favor of America end up accused.