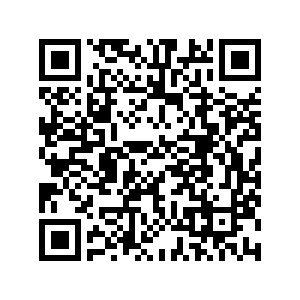 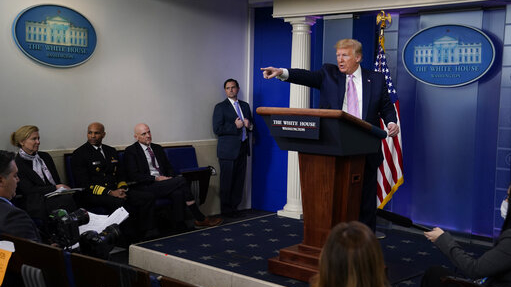 U.S. President Donald Trump and his opponents have shamelessly politicized one of the most naturally occurring things ever – a global pandemic.

The president has blamed everyone but himself for America's failure to properly respond to the COVID-19 crisis, while his critics have blamed him for the same, but the blame game needs to stop as soon as possible if the country is to recover and potentially emerge stronger once the worst of this outbreak is behind it.

The most ridiculous of Trump's targets is China, which he and members of his administration conspiratorially allege without any evidence whatsoever tried to cover up this crisis for unknown reasons, only to later supposedly downplay it once it became impossible to hide.

The facts, however, tell a completely different story. China was unprecedentedly transparent in dealing with the virus and took it very seriously from the get-go, which stands in stark contrast to the U.S.' own approach and the one that Trump himself has taken too.

His other targets aren't so innocent, though. There's credible cause to claim that some Democrat governors have mishandled their state's response to this crisis and are even trying to politicize it against Trump.

In the U.S.' federal system, states are afforded a wide degree of autonomy in their affairs, especially in how they respond to a pandemic.

The mainstream media never hid their anti-Trump bias and thus have a self-interested stake in painting the president as solely responsible for everything ahead of the November election.

That said, Trump isn't all that innocent either. As the American leader, he's naturally expected to take responsibility for his country's dismal healthcare and economic situations even if they aren't completely his fault, though he's thus far flat-out refused to do so and instead claims that he's done the best that he can.

By partaking in the blame game that his opponents launched against him, Trump is doing the exact same thing that he claims that he's supposedly against: politicizing the crisis. 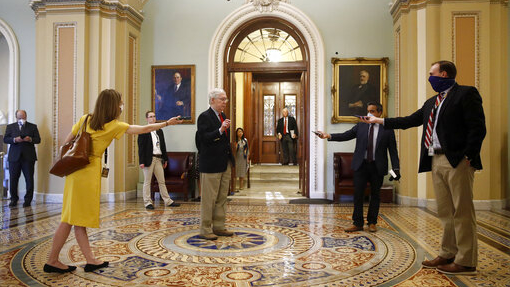 At the end of the day, everyone involved needs to take responsibility for their role in worsening this crisis and put an end to it as soon as possible since their bickering has made many people feel like their leaders and the media care more about their own interests than theirs.

That's of course a lot easier said than done, of course, because everyone has the right to respond when others blame them for something, especially if it's their country's failings that have literally cost thousands of lives already.

The very fact that this blame game began in the first place speaks to one of the systemic weaknesses inherent to the American model, namely that electoral considerations unfortunately compel relevant players into politicizing everything for their own ends, which more often than not regrettably leads to lost opportunities at the most crucial moments such as this one.

Even the Democrats investigation into this issue, which is morally sound in principle, could be taken advantage of to create another political scandal ahead of the election.

That's a shame too because Americans deserve to learn who's ultimately responsible for this massive mess that's put all of their lives in danger and destroyed their economy, but the time for accountability is after the crisis, not right in the middle of it when everybody urgently needs to work together in order to overcome the most difficult challenge in their generation.

Even so, it's unlikely that this will happen since there's too much at stake for Trump and his opponents to put their blame game aside and reconcile in the interests of the nation.

The president wants to distract the masses from the scandalous reports last week alleging that his administration was aware of the seriousness of this virus since late November, while his critics want to convince average Americans not to re-elect him in a little over half a year's time.

As the blame game continues and the bluster intensifies with each passing day, Americans stand agape as each proverbial passing of the buck is yet another lost opportunity to save lives, and the country descends even deeper into crisis like never before.