Alleged harassment of Africans in China based on misinformation
Stephen Ndegwa 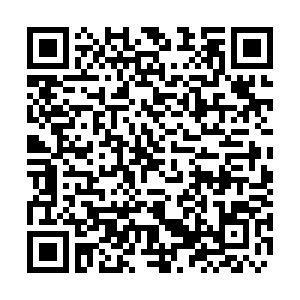 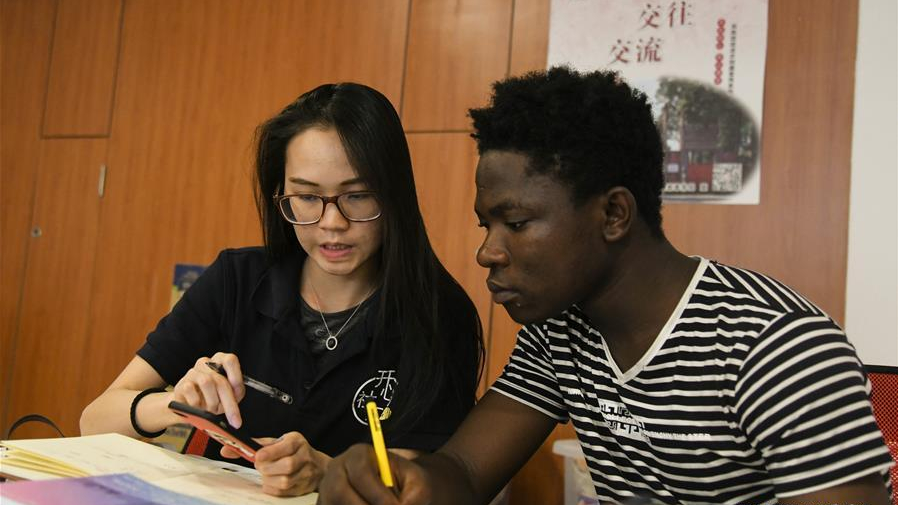 Last weekend, there were reports of alleged harassment of African nationals in China, particularly in the cities of Guangzhou and Beijing.

It started early Thursday, with videos posted on social media, and picked up immediately by some international blogs, showing Chinese police arresting Africans on account of clamping down on COVID-19.

A Tweet on April 9 under the handle, @Dmarigiri, posted, "China landlords have kicked over 100 Kenyans out of their apartments, saying they are doing so to curb the spread of Coronav!rus and that they suspect they have the disease. It's now time to #BringKenyansInChinaHome.”

Another Tweet, most likely from @hellaboutafrica, claimed that, "Coronavirus spread to Africa from China after Wuhan peeps ate infected bats. But in China this has led to more anti-African discrimination. Over 100 Kenyans evicted from flats in middle of the night on suspicion they have – you guessed it – Coronavirus. msn.com/en-xl/Africa/a.”

Soon after, these posts were picked up by mainstream media houses, as gospel truth. A leading TV station in Kenya carried the story, titled in bold capital letters, "CRUELTY IN CHINA," narrating the alleged eviction of Africans from their homes, and the ban from public transport and hotels on suspicion they were infected with COVID-19.

Fielding questions from journalists during a regular press conference on April 9 in Beijing, China's Foreign Ministry Spokesperson Zhao Lijian noted that the government was aware of the unfortunate incidents involving Africa's nationals, adding that "we urge relevant authorities to improve working methods, and hope all foreigners in China will strictly observe local anti-epidemic regulations and cooperate with and support us in fighting the virus."

Fortunately, diplomatic channels between China and some of its major partners had remained open. In a press statement released on April 10, Kenya's Ministry of Foreign Affairs (MFA) said it was cognizant of the fact that China was imposing new rules to curb the novel coronavirus, including mass testing.

The statement also gave tacit support to China's goal "to forestall imported and asymptomatic cases of COVID-19 in Guangzhou and other areas."

In a Tweet on Friday, Chinese Ambassador to Kenya Wu Peng assured Kenya of the safety of its citizens, saying China has zero tolerance for discrimination of foreigners.

He reiterated the strong bilateral ties between the two partners, adding that "people who found themselves in trouble did not follow regulations on social distancing.”

Indeed, the tone of the media in Kenya had changed on April 11, with reports admitting that those who had fallen foul of the law were on the wrong. It emerged that some of the "victims" were in China illegally, and were actually fugitives, after their visa status as visitors expired.

In a press conference on April 12 by the Guangzhou Director of the Municipal Foreign Affairs Office, Liu Baochun, acknowledged the incident, saying that "all foreigners in Guangzhou should strictly comply with Chinese laws and are obliged to accept the examination of their passports and other identity documents by public security organs.” 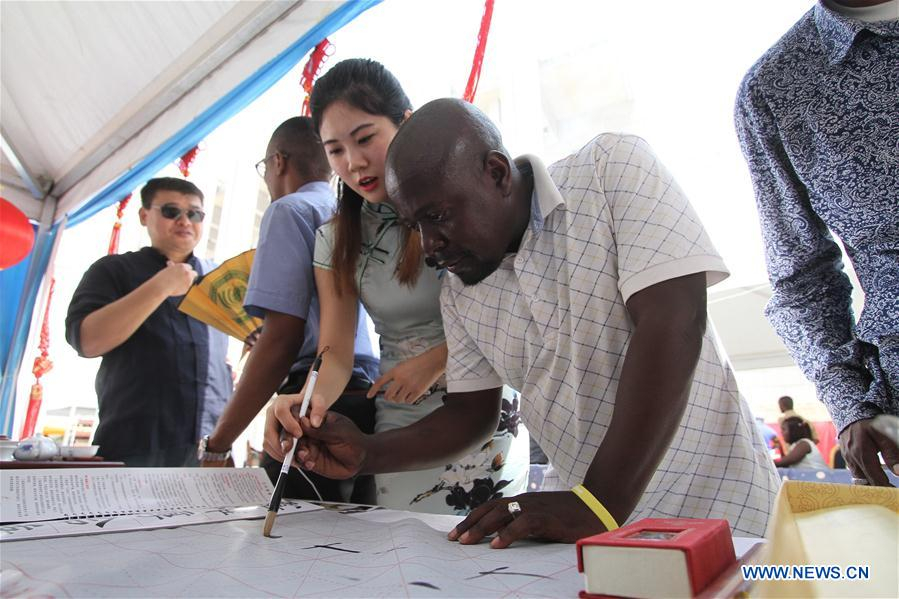 A Chinese teacher from the Confucius Institute of Dodoma University teaches a local man Chinese calligraphy during an exhibition to commemorate the Chinese New Year in Dar es Salaam, Tanzania, February 9, 2018. /Xinhua

A Chinese teacher from the Confucius Institute of Dodoma University teaches a local man Chinese calligraphy during an exhibition to commemorate the Chinese New Year in Dar es Salaam, Tanzania, February 9, 2018. /Xinhua

Official data shows that as of April 10, there were 30,768 foreigners living in Guangzhou. The five countries with the largest population in Guangzhou were the Republic of Korea, Japan, the United States, Canada and Russia. A total of 4,553 African nationals, or 14.8 percent of the total number of foreigners, lived in the south China city.

According to Guangzhou Mayor Wen Guohui, the city reported a total of 119 imported cases of the novel coronavirus disease as of midnight Saturday.

Of the 119 imported cases, 25 were foreign nationals and 94 were Chinese nationals. Of the 25 foreign patients, 19 were from Africa, accounting for 76 percent of the total.

While initial lop-sided reports of the purported racial attacks could have been out of genuine concern, some Western media houses did not lose the opportunity to support and promote the narrative of China's racist attitude towards Africans.

Indeed, the Western press has always been more aggrieved than the alleged victims.

It is only in the last decade or so that Chinese media have increasingly established their presence in Africa.

Official statements are, of course, crucial. Oftentimes, however, by the time these statements trickle down to the people, a lot of disinformation and misinformation has taken root. The rumormongers have had their day, and have sat back to savor the reputational damage.

The coverage of the incidents last week is a pointer that fake news will continue to feature prominently in Sino-Africa relations, due to errors of either omission or commission.

But media experts say that the onus falls on both sides to constantly monitor trigger incidents, and be the first, or at least inform the world early enough of what is happening.

Ultimately, deliberate and spirited attempts should be made to help the undiscerning audiences understand the Chinese system of doing things, which is based on the rule of law and good governance.

The following words of commitment by Liu during the Guangzhou press conference should form the mantra of communication: "… that the city (had) improved its service mechanism to avoid misunderstandings or improper behaviors due to poor communication and other reasons in the implementation of health management services."