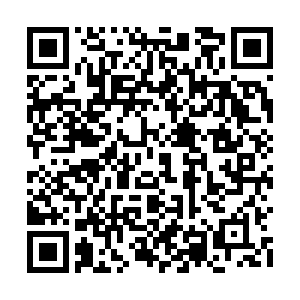 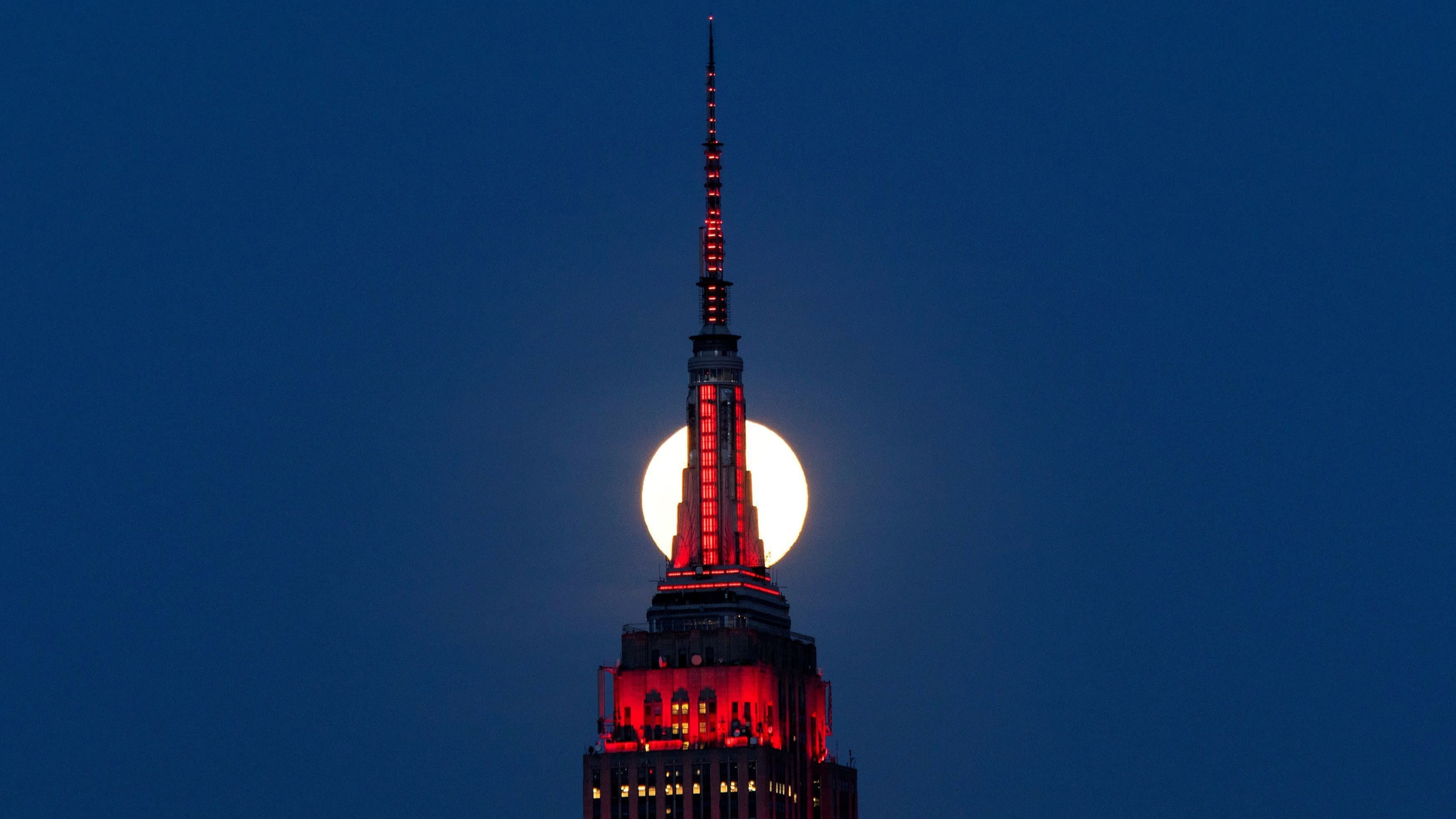 "Never seen anything like it," read the headline of a New York Times article on April 8 as the U.S. entered its fourth week of national emergency due to the spread of the novel coronavirus. The report painted a dim picture of cars snaking in miles-long queues at food banks from Nebraska to Washington. Approximately 16.8 million Americans were laid off or put on furlough in a span of three weeks – that's over 10 percent of the American workforce, which outpaced the worst month of the Great Recession.

On Saturday, U.S. President Donald Trump declared major disaster in all 50 states – for the first time in U.S. history. For some, the quick succession of life-changing events were too difficult to comprehend.

How did things get here?

As early as December 31, 2019, the U.S. Centers for Disease Control and Prevention (CDC) learned of a "cluster of 27 cases of pneumonia" of unexplained origin in Wuhan on the same day that China reported the same number of pneumonia cases of unknown etiology in the central Chinese city.

On January 1, the WHO set up the Incident Management Support Team to prepare for an outbreak. Two days later a Chinese official informed CDC Director Robert Redfield about the outbreak of a respiratory illness in Wuhan. Redfield relayed the information to Alex Azar, the Health and Human Services secretary, who then told the National Security Council.

But it wasn't until late January that Trump made his first comments about the disease, a day after the U.S. confirmed its first case in Seattle. "We have it totally under control," the president sounded sanguine.

Between Beijing's notification and Trump's reaction, the WHO issued its first Disease Outbreak News and a technical guidance on how to detect, test and manage potential cases to all countries, while Chinese health authorities identified the virus and shared its genetic makeup publicly. It was also during this period that local health authorities in Wuhan ruled out flu, avian flu, adenovirus infections, the severe acute respiratory syndrome and the Middle East respiratory syndrome. Plus, China's National Health Commission confirmed that the novel coronavirus was being transmitted between humans. 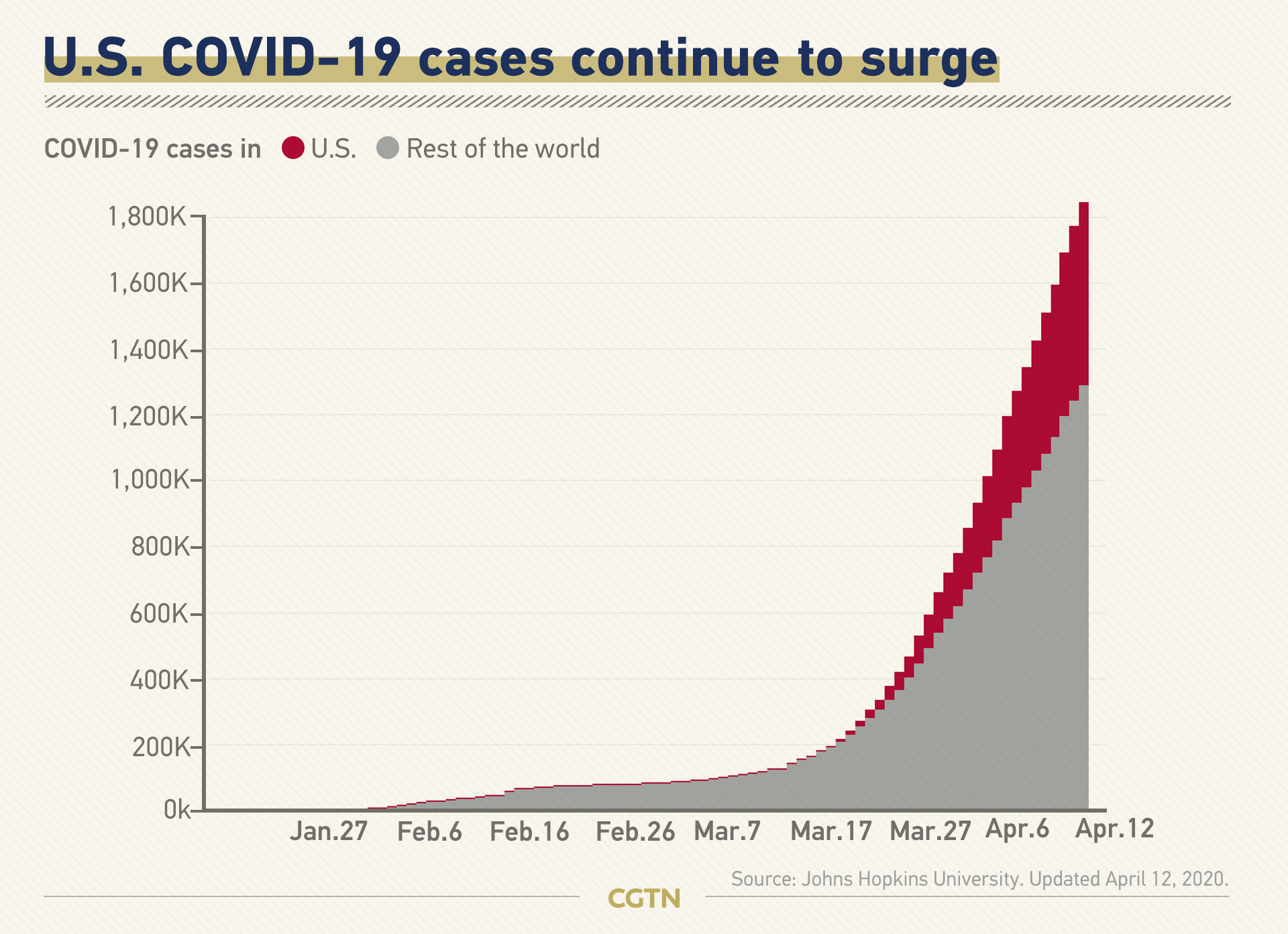 Across the pond, the CDC fell short of taking concrete prevention and control measures except offering a warning against Americans traveling to Wuhan. It seemed that the emerging cases in Thailand, Japan and South Korea by January 20 failed to capture their attention.

Over the next few days, Washington was on a hectic schedule in imposing travel restrictions from China and evacuating American citizens from Wuhan.

According to a Washington Post report, Trump's long-term adviser Peter Navarro wrote a memo warning of 500,000 or more American deaths in late January. However, his words fell flat, along with U.S. intelligence agencies that "have been warning on this since January."

There was back then discord within the White House over the virus, with some Trump aides urging action while others putting the November elections above everything else.

One day after the WHO declared the coronavirus a Public Health Emergency of International Concern, the U.S. announced a pubic health emergency over the virus, on the last day of January. 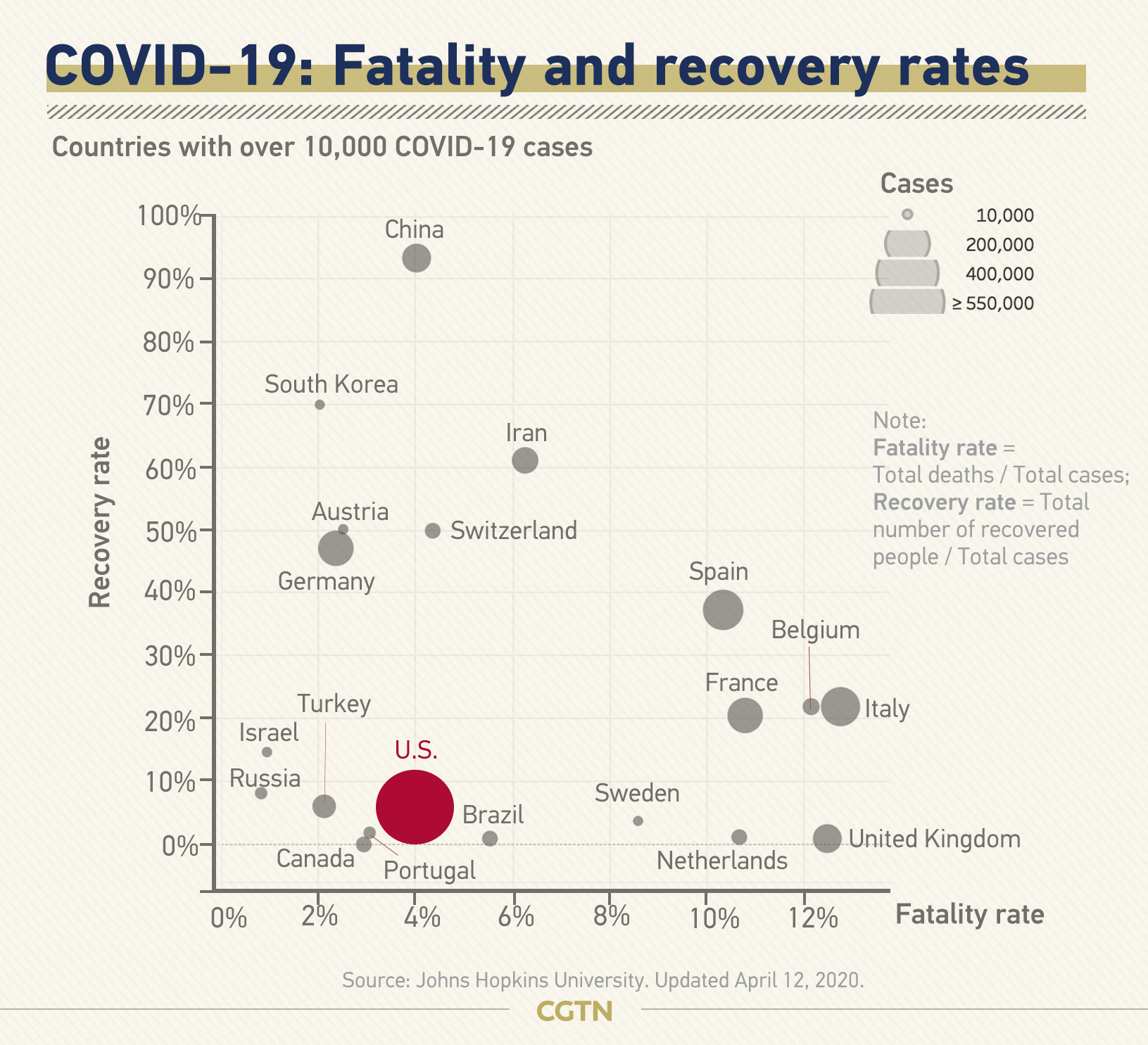 Soon after the U.S. issued travel warnings, the Food and Drug Administration (FDA) granted the authorization for the emergency use of the CDC assay in early February. Two days later, the CDC announced that it was distributing the diagnostic test kits to labs across the nation. As the disease spread, Trump even told a political rally in New Hampshire that by April, "When it gets a little warmer, the [disease] miraculously goes away." The WHO later said there is no reason to believe that the virus behaves differently in different temperatures.

As the administration projected an image of confidence in handling the issue, Azar said travel restrictions were "measured and incremental" since they did not apply to citizens, permanent residents or immediate family members. On February 17, the U.S. repatriated 300 American passengers aboard the Diamond Princess, some of who were infected.

The epidemic had evidently landed on U.S. soil. Despite issuing travel advisories for Iran, Italy, Japan, and South Korea, health authorities reported the first instance of possible community spread on February 26. Trump appointed Vice President Mike Pence to head the COVID-19 task force, but the federal response was meandering at best. The CDC and the FDA then distributed new tests to public laboratories to address inconclusive results given by the previous diagnostic kits. On the last day of February, the U.S. recorded its first death from the coronavirus. 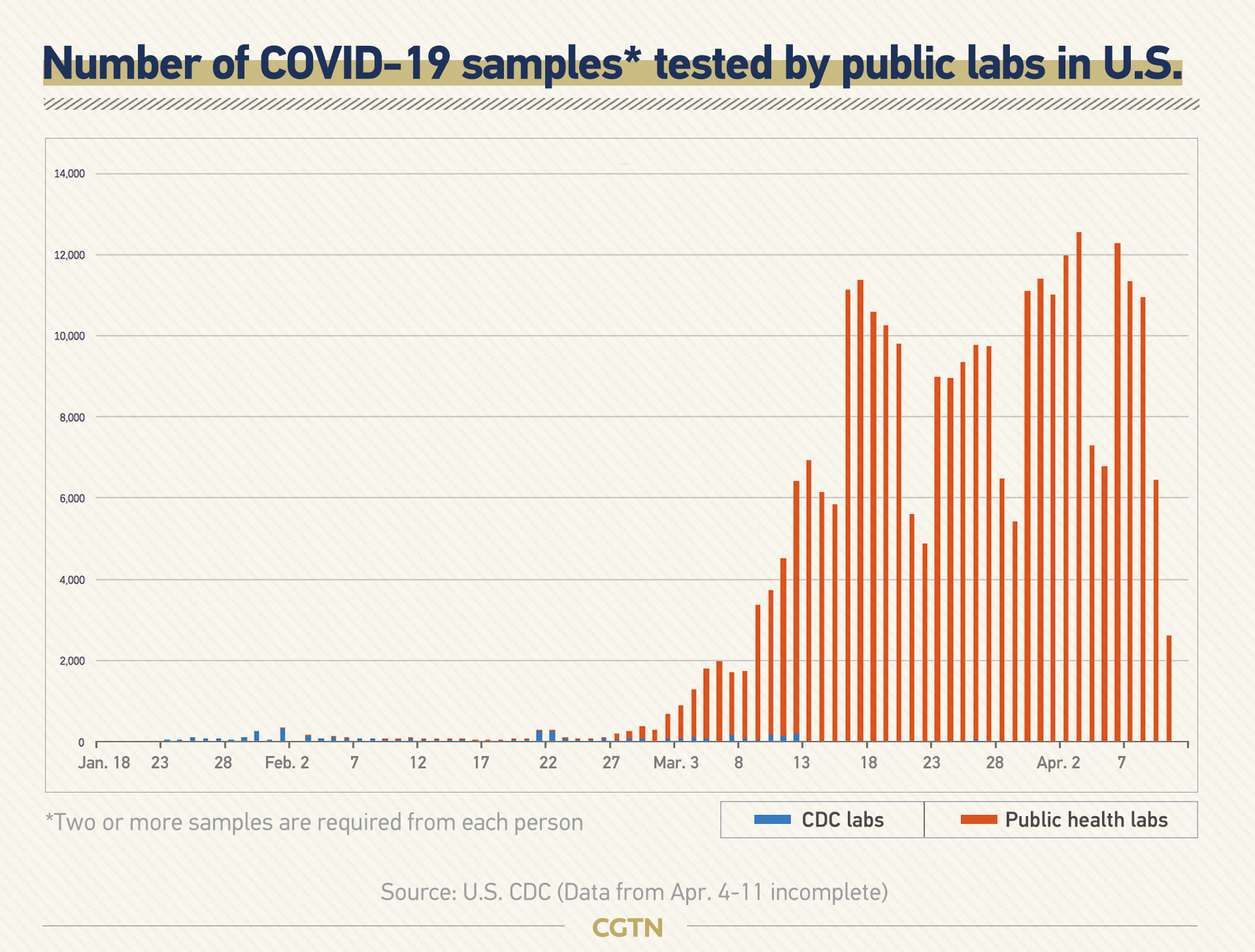 On March 6, Trump once again stated in no uncertain terms that "anybody who wants a test will get a test" while touring the CDC facilities, even as shortages of testing kits continued to plague hospitals across the country.  He even said three days later that the virus would "go away. Just stay calm."

The virus, however, wasn't going anywhere as the WHO declared a global pandemic on March 11. On the same day, Redfield was asked at a House Oversight Committee discussion whether some assumed flu patients in the U.S. may have actually had coronavirus. He replied, "Some cases have actually been diagnosed that way in the United States today."

Even as some U.S. states languished in taking action, the CDC published a guidance recommending canceling or postponing mass gatherings of over 50 people. But the advisory was simply cautionary, as it didn't have the force of law. Suddenly, concepts like "social distancing," "self-quarantine" and "flattening the curve" that seemed foreign to most Americans just a month ago became the norm in this grim new reality.

Local governments differed in the intensity of their recommendations and warnings. The vibrant San Francisco Bay Area, home to Silicon Valley, entered a three-week lockdown on March 17, with New York City following suit five days later. Mayors in cities elsewhere with lower population densities did not go to such lengths.

All the while, economic woes deepened, with Wall Street triggering circuit breakers that halted trading three times by mid-March. The Federal Reserve further slashed interest rates in a bid to shield the economy from a crisis.

On March 26, the country led the number of reported coronavirus cases, becoming the new epicenter of the pandemic.

As the outbreak drags into April, hospitals nationwide are feeling the crunch as they lose billions of dollars due to revamping their facilities for emergency care in the face of patient surges. Non-urgent surgeries and other profitable operations have to be cut, while physicians and other medical staff have to reduce patient visits.

The Trump administration is only beginning to roll out 30 billion U.S. dollars in grants to hospitals this month, but in the meantime, cash-strapped institutions are furloughing hundreds of employees.

While deaths in the country continue to climb and surging unemployment places an unprecedented burden on government institutions, Trump is eying an economic restart in May. Even that target is being contested by skeptical health authorities such as FDA commissioner Stephen Hahn, who said it's too early to tell.

While expert competence still exists in the U.S. government, politics and mixed messaging continues to hamper federal efforts to direct a coherent response to this formidable disease, the death toll of which in New York City already eclipsed the number of those killed by the September 11 attacks.

To some residents in this once bustling metropolis, the scene from outside their window seems surreal, and an eerie stillness persists, punctuated only by the piercing sirens of ambulances.

Zeng Ziyi contributed to the article.