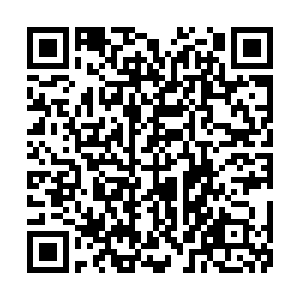 Oil futures were little changed on Sunday even after major oil producers reached a deal for a record 10 million-bpd output cut, with analysts saying the agreement was insufficient to head off oversupply as the coronavirus pandemic hammers demand.

Total global oil supply cuts could come to 20 million barrels per day, around 20 percent of global supply, Kuwait's oil minister said. After four days of wrangling, OPEC, Russia and other oil-producing nations, a group known as OPEC+, agreed on Sunday to cut output by a record amount of 9.7 million barrels per day, representing around 10 percent of global supply to support oil prices amid the pandemic, sources said.

"What this deal does is enable the global oil industry and the national economies and other industries that depend upon it to avoid a very deep crisis," said IHS Markit Vice Chairman Daniel Yergin. "This restrains the build-up of inventories, which will reduce the pressure on prices when normality returns – whenever that is."

Trump praised the deal, saying it would save jobs in the U.S. energy industry.

Saudi Arabia, Kuwait and the UAE volunteered to make cuts even deeper than those agreed, which would effectively bring the OPEC+ supply down by 12.5 million bpd from current supply levels, the Saudi energy minister said.

Worldwide fuel consumption is down roughly 30 percent, due to the COVID-19 pandemic caused by the novel coronavirus that has killed more than 100,000 people worldwide and kept businesses and governments on lockdown.

On Thursday, OPEC+ outlined plans to cut output by more than a fifth, or by 10 million barrels per day (bpd), but Mexico balked at the production cuts it was asked to make, delaying the signing of a final deal. The group met on Sunday to hammer out a deal.

OPEC+ has also said it wanted producers outside the group, such as the United States, Canada, Brazil and Norway, to cut a further 5 percent or 5 million bpd.

Canada and Norway signaled a willingness to cut. The United States, where antitrust legislation makes it hard to act in tandem with cartels such as OPEC, has said its output would fall by as much as 2 million bpd by itself this year because of low prices.

Speaking ahead of the OPEC+ meeting, Russian Energy Minister Alexander Novak said the United States was ready to cut its oil output by 2 million to 3 million barrels per day, Interfax news agency reported, although it was unclear if he was referring to market-based cuts.

More than 1.7 million people have been reported to be infected by the novel coronavirus globally and 109,519 have died, according to a Reuters tally. Governments have ordered residents to stay home to curb the spread, roiling markets and disrupting daily life.