When science and politics conflict, choose the science
Jonathan Arnott 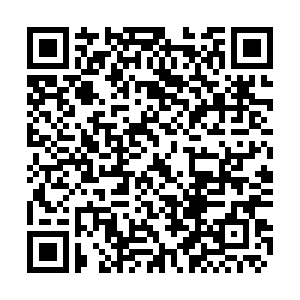 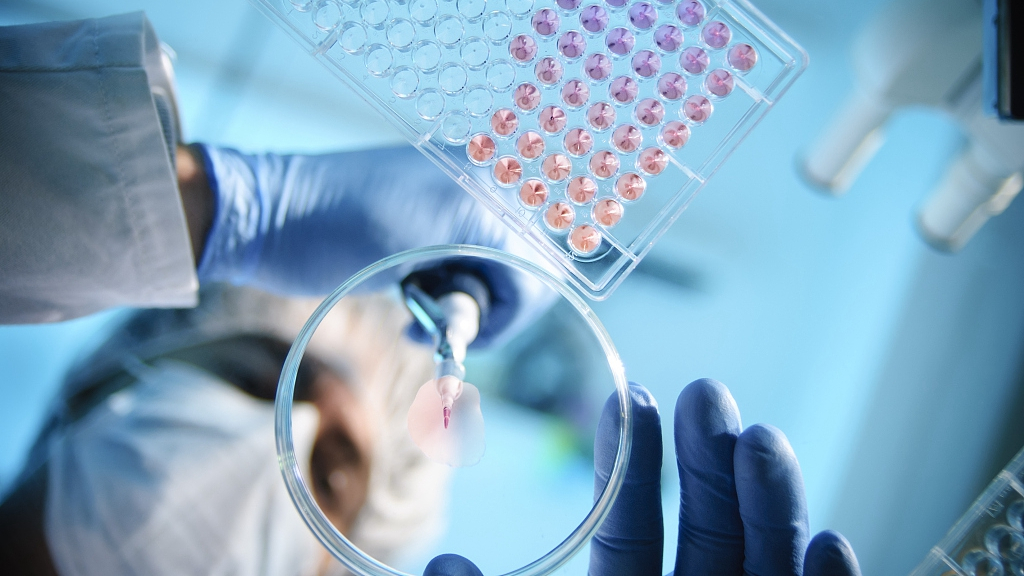 There's a way to distinguish between true statements and false statements about COVID-19. It's called science. Experts from a rich tapestry of academic backgrounds, steeped in many decades of complex research, bring world-leading skills to bear in order to provide analysis.

The spread of misinformation across the world has defied traditional notions of "left" and "right." It's worse than usual, because we all have plenty of time on our hands – and sometimes the scientific answer is that we need more data in order to decide. Conspiracy theorists lap up the opportunity to spread nonsense.

At such a time, one of many jobs of government should be to face the nonsense down – not perpetuate it.

The New York Times is not my favorite publication; its coverage of Europe leaves a lot to be desired. Yet when it's being shouted down by the President of the United States for daring to report science, I'm on the side of the science.

Phylogenetic analysis is a helpful way to track the spread of a virus. From one generation to the next, small mutations cause little changes to its genetic code. By tracking these changes, scientists can work out where a particular strain of the virus originated.

If we had this data for every single patient worldwide, we could map the virus with almost-perfect precision. Think of it like a family tree: we can trace the "ancestors" of each case of the virus, though because we don't have the complete data the "tree" is incomplete.

The analysis clearly shows that the strain currently circulating in New York and across most of the United States did not arrive directly from China. This causes a problem for Donald Trump, for two reasons.

Firstly, it does not fit his political agenda against China. That agenda is complicated, and predates the COVID-19, but the pandemic provides a hook on which to hang it. It's a narrative which we're likely to continue to see as America heads toward the election in November. 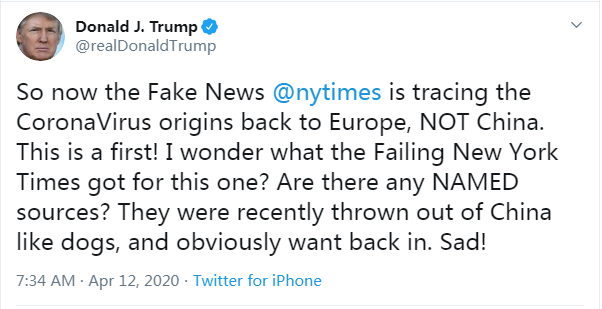 Secondly, it casts further doubt on Trump's original approach to the virus. His sustained early focus on testing those who came from China, to the exclusion of other nations, may well have harmed the fight against the virus in the United States. It doesn't matter how well the U.S. was able to contact trace and isolate any cases arriving from China, if it made the false assumption that those were the only cases. They closed the front door, but left the back door wide open.

Faced with a serious political problem on two fronts, Trump's natural response was to go on the attack – in a manner entirely consistent with his general approach to the presidency. He decried the so-called "fake news" of the New York Times, and complained that the article did not quote a single source. In fact, the article pointed out precisely where the scientific research could be found: at the GISAID and nextstrain.org websites.

When a politician places themselves squarely against the science, I have to side with the science. Political opinion allows for a wide range of interpretations of the data. We can respectfully come to different conclusions about public policy because we weigh the data in different ways. Reasonable political opinion does not allow the data to be completely ignored either.

By shouting loudly and ignoring the science, President Trump is empowering everyone else who wishes to do likewise. It devalues and cheapens scientific research. Fighting a virus is not about personalities, or politics; it's about science and medicine.