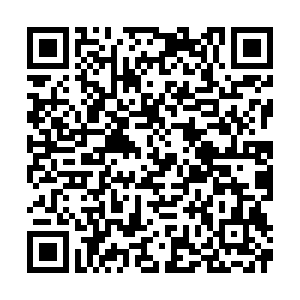 Editor's note: This is the 39th article in the COVID-19 Global Roundup series. Here is the previous one.

As the global health crisis appears to ease in some parts of the world, several governments are now contemplating plans to reopen their economies. While the resolves to ward off the tremendous consequences already caused by "draconian" lockdowns are strong among these countries, the potential health risks of easing lockdowns have driven them to act with great caution.

In the U.S., seven Northeastern states and three West Coast states banded together on Monday in regional pacts to forge coordinated, gradual economic reopening as the coronavirus outbreak finally appeared to be ebbing, while stressing the need for precautions to avoid a resurgence of infections.

Announcements from the New York-led group of East Coast governors, and a similar compact formed by California, Oregon and Washington state, came after President Donald Trump declared that any decision on restarting the U.S. economy was up to him. 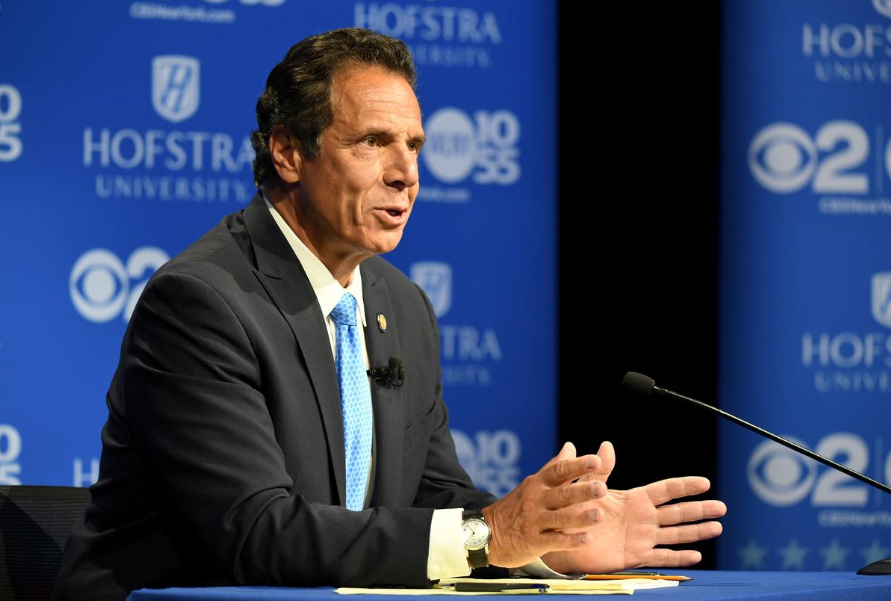 Massachusetts later announced it was joining the East Coast coalition.

"Nobody has been here before, nobody has all the answers," said Cuomo, whose state has become the U.S. epicenter of the global coronavirus pandemic, during an open conference call with five other governors. "Addressing public health and the economy: Which one is first? They're both first."

The three Pacific Coast states announced they, too, planned to follow a shared approach for lifting social-distancing measures, but said they "need to see a decline in the rate of spread of the virus before large-scale reopening" can take place.

The 10 governors, all Democrats except for Charlie Baker of Massachusetts, gave no timeline for ending social lockdowns that have idled the vast majority of more than 100 million residents in their states. But they stressed that decisions about when and how to reopen non-essential businesses, along with schools and universities, will put the health of residents first and rely on science rather than politics.

The announcements came as signs emerged that the crisis had peaked. At least 1,500 new U.S. fatalities were reported on Monday, far below last week's running tally of roughly 2,000 deaths every 24 hours. Cuomo, whose state accounts for the largest number of cumulative deaths, over 10,000, said on Monday that "the worst is over" for his state.

Trump, a Republican who before the pandemic had touted a vibrant U.S. economy as the centerpiece of his November re-election bid, has pressed repeatedly in recent weeks for getting Americans back to work soon. Ahead of the governors' announcement on Monday, he insisted he had unilateral authority for ending the lockdowns that have strangled the U.S. economy, throwing at least 17 millions Americans out of work in just three weeks.

Legal experts say the president has limited power under the U.S. Constitution to order citizens back to their places of employment, to require cities to reopen government offices and transportation, or to order local businesses to resume. 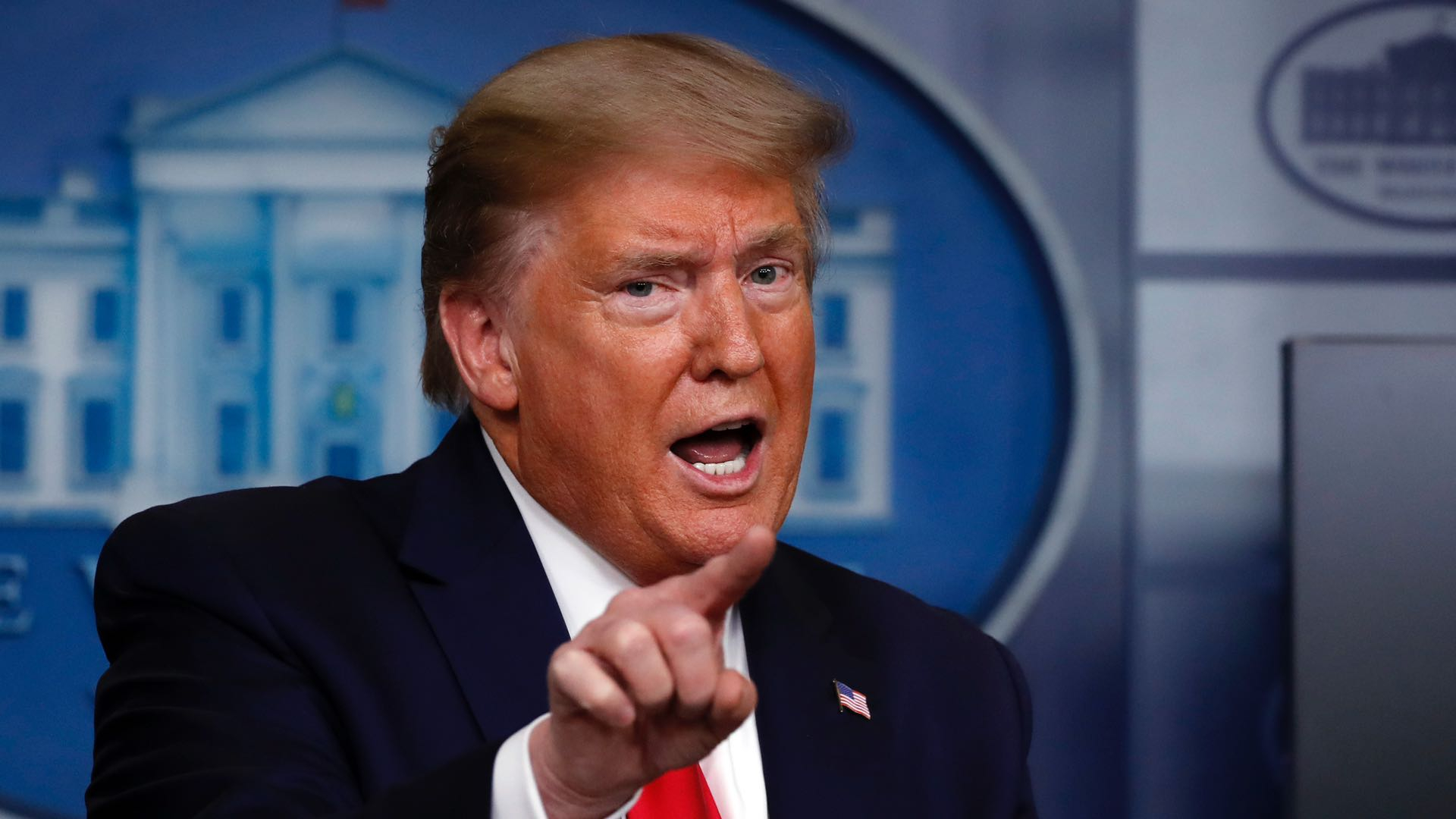 Pressed on the question of whether governors or the federal government would make the decision to re-open schools and closed businesses, Trump insisted he had the ultimate authority.

"The president of the United States calls the shots," Trump told a White House briefing after the announcements by the governors. "That being said, we're going to work with the states." He did not offer specifics about his claim of authority over the states or any details of his plan to reopen the economy.

Political leaders said a reopening of the economy may hinge on more widespread testing to better determine the full extent of infections and cautioned that lifting stay-at-home orders prematurely could reignite the outbreak.

The Trump administration has signaled May 1 as a potential date for easing the restrictions.

In Europe, a more noticeable drop in new confirmed cases and the number of deaths has prompted actions as well as considerations to loosen the stringent confinement measures. Some governments have either faced mounting pressure to call off restrictions or presented tentative measures to revive part of the economy.

The government of North Rhine-Westphalia has proposed a plan to restore normalization in a phase-wise order, with Governor Armin Laschet touting the reopening of small retailors on the condition that they only allow two customers present in the shops at once. 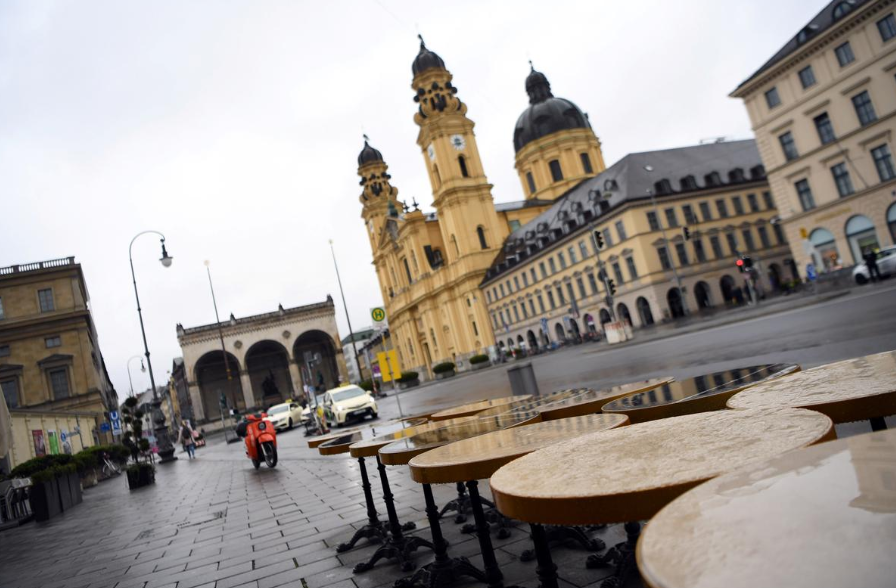 The Odeonsplatz square during a partial lockdown in Munich, Germany, March 21, 2020. /Reuters

The Odeonsplatz square during a partial lockdown in Munich, Germany, March 21, 2020. /Reuters

Meanwhile, the Academy of Sciences Leopoldina also made similar recommendaions, but said actual implementation is contingent on a low-level stablization of new infections and the preservation of personal hygiene measures.

Merkel - and premiers of Germany's 16 states - are expecting the German National Academy of Sciences' recommendation which Merkel said would weigh heavily in considerations for a possible relaxing of restrictions in movement and social distancing rules.

A conference in which Merkel and the heads of Germany's 16 regions will be present is slated to take place on Wednesday and discussions regarding whether to extend restrictions, that are set to expire on Sunday, will be held.

Chancellor Angela Merkel said last week that restrictions on free movement and business closures, in effect in Germany since March 22, would remain in place until at least April 19 and that it was too early to talk about relaxing the lockdown.

Spain, one of the countries hit hardest by the COVID-19 pandemic, on Monday started to ease tough lockdown restrictions that have kept people at home for more than a month and put a brake on economic activities.

With the daily death toll dropping for four days in a row to 517, there were signs the situation was taking a temporary turn for the better, with some businesses including construction and manufacturing, allowed to reopen. 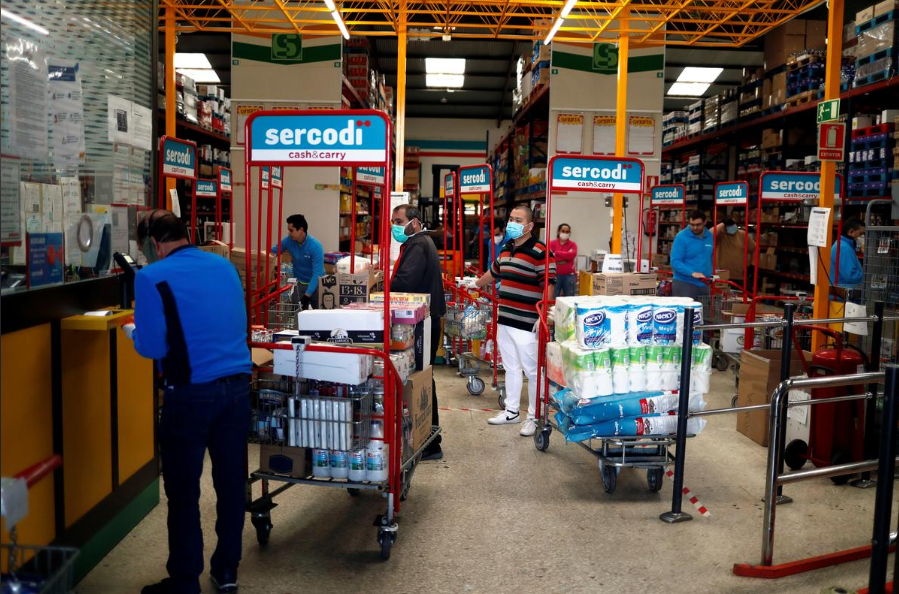 However, most of the population remain confined to their homes – and shops, bars and public spaces will remain closed until at least 26 April. As some Spaniards made their return to work, Prime Minister Pedro Sanchez warned the country was "far from victory" in its fight against the coronavirus.

In Catalonia, Spain's second worst-hit region, the government warned that the resumption of some work could lead to a rise in infections and wipe out the gains of the lockdown.

Quim Torra, president of the Government of Catalonia, wrote on Twitter: "Sending people to work and returning to activity with only a few limitations, as announced by the Spanish government," was "irresponsible and reckless."

"I think the confinement measures have been essential in flattening the curve of new infections and making me feel secure, and I consider myself very lucky to be able to continue my work from home," said Emily Tewes, an environmental consultant in Barcelona.

The rest of the lockdown restrictions in the nation of around 47 million people will remain in place until 25 April, although the government has made clear it expects to announce another two-week extension.

The measures prevent people from going outside except to go to work if they cannot do so from home, buy food, seek medical care and briefly walk their dog.

Sanchez warned on Sunday that Spain had not entered the "second phase" in the fight against the coronavirus of a "de-escalation" of lockdown measures, "which will start at the earliest in two weeks and will be very gradual and very prudent."

Over the weekend, Italy also saw its lowest number of new coronavirus deaths in three weeks. The country is reportedly to gently ease some lockdown measures from Tuesday and allow bookshops, stationers and children's clothes shops to reopen, but the majority of lockdown measures will not be amended and factories will remain closed.

The nationwide lockdown in the once-epicenter of coronavirus in Europe was extended until May 3. Factories shuttered by the lockdown could not yet return to work, Prime Minister Giuseppe Conte said last week, dashing the hopes of industry chiefs who have warned of economic catastrophe, with workers' wages at risk and a possible permanent loss of market share.

However, Conte said he would continue to assess the daily trend of COVID-19 infections and "act accordingly" if conditions allowed it, offering a glimmer of hope to Italians weary of a month confined to their homes for all but essential needs.