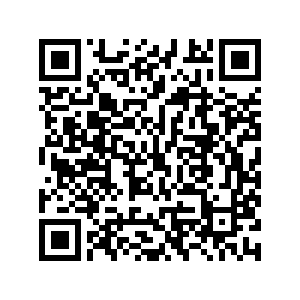 Editor's note: The number of confirmed cases of COVID-19 and death toll from the disease kept climbing as the coronavirus pandemic continues to rage across the world. While all human beings face the risks of being infected, the elderly are undoubtedly among the most vulnerable ones, with a higher chance of developing severe or critical conditions and even dying. The recovery of more than 70 percent of patients 80 years or older from Hubei recovered, however, brings hope to treatment of older patients worldwide.

87-year-old Wang Xin felt more than lighthearted as he stepped out of the courtyard of Renmin Hospital of Wuhan University, where he had been hospitalized for coronavirus treatment for quite some time.

Last month, a heartwarming photo of the patient watching the sunset with his doctor outside the hospital went viral on social media. 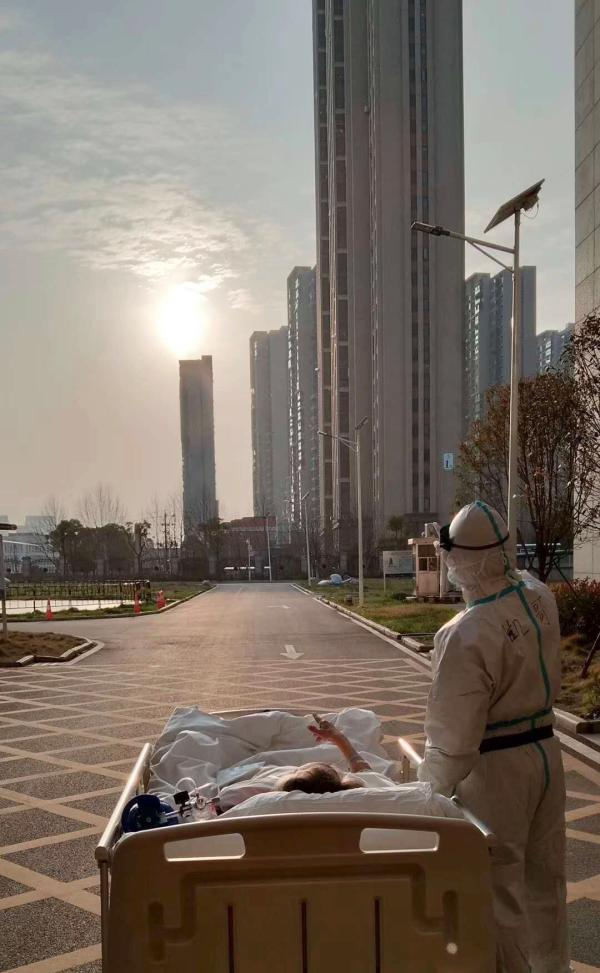 Wang Xin and doctor Liu Kai watch the sunset in the courtyard of Renmin Hospital of Wuhan University. /Weibo

Wang Xin and doctor Liu Kai watch the sunset in the courtyard of Renmin Hospital of Wuhan University. /Weibo

The doctor, Liu Kai, was taking Wang to the CT scan room when he asked the elderly man if he wanted to stop and watch the sunset. Wang said yes, and they both enjoyed the moment together.

Now that Wang has been released from the hospital after making a full recovery, he can finally take himself outside to enjoy the sunshine and fresh air.

Wang is among the more than 3,600 COVID-19 patients aged 80 years or older who have recovered in Hubei Province, the nation's epicenter of the novel coronavirus pneumonia outbreak, accounting for nearly 70 percent of all patients in that age group in the region.

Medics would know well that it is no mean feat.

Most older patients who developed severe or critical forms of the disease also had complicated underlying medical conditions, making treatment even more difficult, Jiao Yahui, an official with the National Health Commission said.

98-year-old Hu was in a critical condition when she was transferred to Leishenshan Hospital on February 13.

"Grandma Hu had underlying conditions including hypertension and cardiac disease, she also got a very high fever," Sui Shaoguang, an ER physician from Dalian city to aid Wuhan recalled, and what made things worse was that Hu was also suffering from severe scalds.

Hu's conditions soon improved and she was released from the hospital on March 1.

"It's our mission to save lives, we'll never give up any of our patients," Sui said. 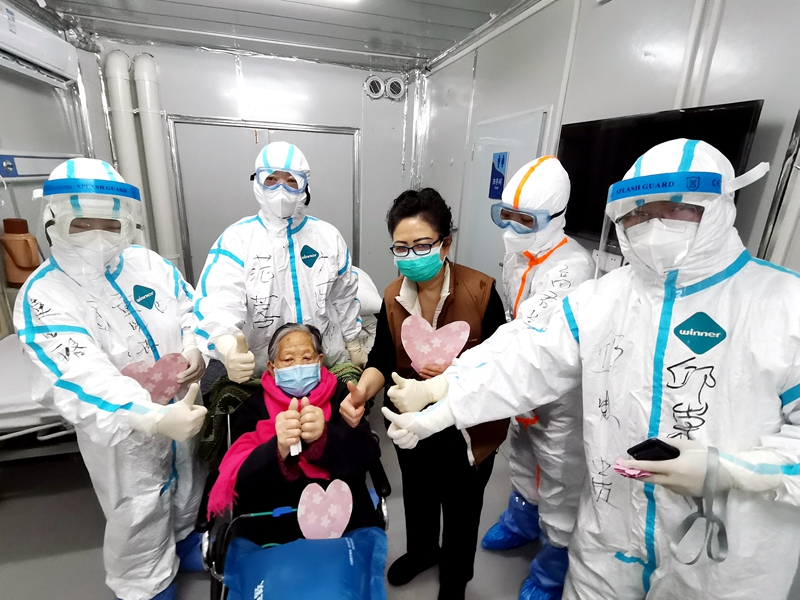 Hu and her daughter with medics in Leishenshan Hospital. /Xinhua

Hu and her daughter with medics in Leishenshan Hospital. /Xinhua

Over 42,000 medical workers from across the country were dispatched to aid Hubei in fighting the epidemic since the coronavirus outbreak. The much-needed assistance effectively relieved the medical resource shortage in the region and enabled local hospitals to offer targeted treatment to patients with various symptoms, which increased people's chances of recovery.

But for treatment of older patients, it's not just about the therapy, but also helping them to overcome fear and anxiety while being quarantined.

Medics have designed various schemes to cheer them up and boost their confidence to defeat the disease.

"95-year-old grandpa Liu was very resistant to our treatment and even refused to take food at first. Then I learned that he is a Peking opera fan, and I knew how to deal with it," Lai Xiaodong, a doctor of a medical assistance team from Chongqing said. The medics downloaded tons of Peking opera videos for the patient. With the help of "opera therapy," Liu soon recovered. 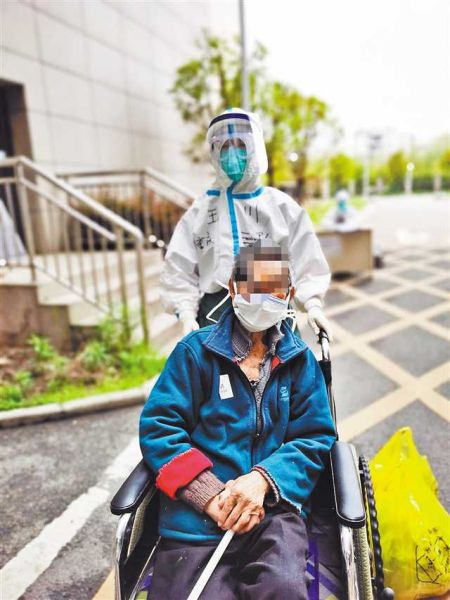 Liu is discharged from hospital after full recovery. /Chongqing Daily

Liu is discharged from hospital after full recovery. /Chongqing Daily

Du Juan, a doctor from Wuhan Pulmonary Hospital was shocked when she found out that 84-year-old Luo had taken a bottle of sleeping pills with her. The patient later told the doctor that she wanted to end her life for fear of being a drag on her family. The medics then started paying more attention to the patient's emotional state, as they and Luo's family spent more time talking to her. Luo was discharged from hospital last month.

As she left for home, Luo told the medics: "I'll be good from now on since you've put in so much time and efforts to save my life."