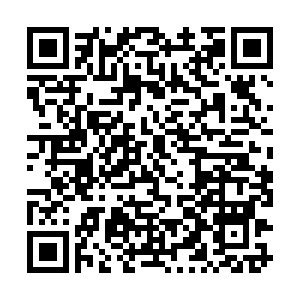 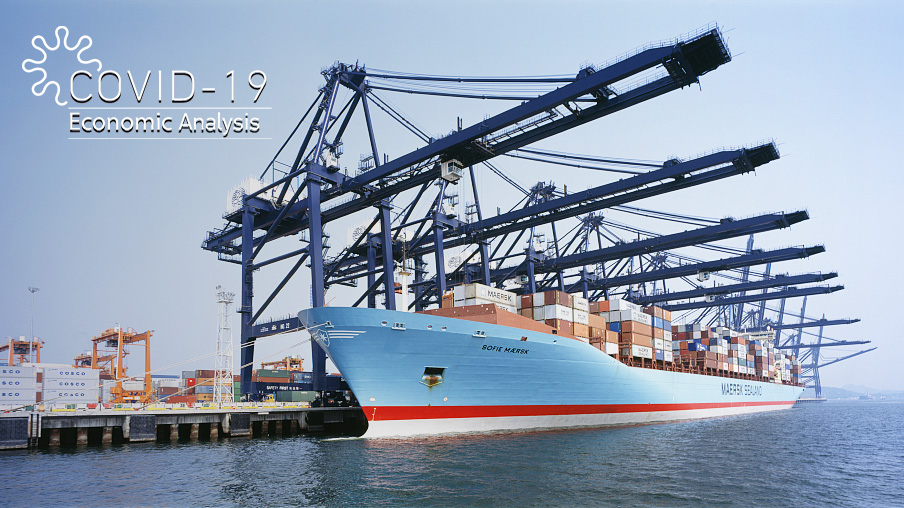 Editor's note: COVID-19: Economic Analysis is a series of articles comprising experts' views on developing micro and macroeconomic situations around the globe amid the COVID-19 pandemic. This article's author Jimmy Zhu is chief strategist at Singapore-based Fullerton Research.

China's better-than-expected trade data for March further confirms that the domestic demand has gradually recovered from the February's low, setting a great example to the world that containing the virus is the most efficient way to defend growth. Still, declines in exports may flag the risk of upcoming global deflation.

Imports modestly dropped 0.9 percent in March from a year ago, versus a 4.0 percent drop in the first two months of the year, while the earlier forecast was for a 9.8 percent decline according to a survey from Bloomberg. Since the end of February, coronavirus spreading in China has been largely contained and investors started gauging the pace of domestic growth recovery after latest official manufacturing PMI climbed above 50 again.

Since the beginning of coronavirus outbreak in February, Chinese policymakers have been taking a very different approach on launching stimulus measures compared to peers in many other countries. China hasn't adopted aggressive monetary measures like many other central banks in developed economies. The PBOC (People's Bank of China) mainly reduced the reserve requirement for the commercial banks instead. The key objective of those policies aims to channel the cash into the private sectors, which are playing a larger role in the Chinese economy.

Foreign trade from private sectors only dropped by two percent in yuan term in first quarter, and its share in China's total trade rose to 42.4 percent, 1.9 percentage point higher than a year ago. The credit data for March released on earlier of the week also reflected a much improving funding condition in the private sector. Aggregate social financing rose to 5.15 trillion yuan, following 855.4 billion yuan in February.

Still, details of the imports data eliminate the scenario of the rapid recovery. Imports from South Korea dropped 1.7 percent. South Korea is the world's biggest seller of memory chips, and such type of exports can be considered as a barometer of tech demand, which are widely used across all sectors. Meanwhile, inbound shipment from Australia also dropped 1.6 percent, suggesting demand on those industrial raw materials have yet to reach a meaningful pickup.

Hence, the recovery in March's imports suggest the worse situation may have already passed, so further broad-based monetary stimulus isn't expected in the near future. Instead, the gradual recovery in domestic demand should prompt the policymakers to introduce more fiscal measures, mainly in infrastructure projects in coming months. Further possible monetary measures in second quarter could be limited into reserve requirement cut, or further liquidity injections through PBOC's various credit facilities.

Exports declined 6.6 percent in March from a year ago, pace of the declines were much less than a 17.2 percent drop in first two months of this year. Bloomberg's survey shows economists earlier expected a 13.9 percent decline. However, faster declines in exports to the EU could heighten the risk on a potential global deflation.

Exports to European Union dropped 24.2 percent from a year ago, and part of the reason behind the big drop was due to the UK no longer being in the EU. Even with that, exports to the largest economies in the region all scored a doubt-digit decline.

Such an outcome is raising concerns that lockdowns in these regions have severely disrupted the local factory activities, and the industrial demands from those countries are extremely low at this moment.

Growth in these largest economies in the euro zone highly rely on the manufacturing exports. Chinese exports to euro zone and euro zone GDP growth have been moving consistently over the past 10 years.

Thus, March trade figures with the euro zone serve as an indicator that the currency bloc will face significant growth pressure in near future, which may prompt the ECB (European Central Bank) to further ease the policy. Given the ECB benchmark lending rate already at zero, further monetary expansion will set for driving the euro lower. Another chart below also shows that euro's moves nearly tracked the China exports to EU most of the time in past decade.

As euro accounts for more than 50 percent in dollar index, any depreciation in euro would likely to lift the value of dollar. Normally, a stronger dollar tends to depress commodity prices. When the global industrial demands are already soft and many major economies' PMI's new orders are well below 50, softer commodity prices may cause larger deflation pressure around the world, and force the central banks to keep the policy rates longer than investor expect.