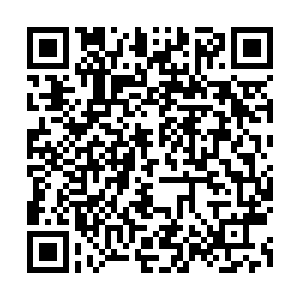 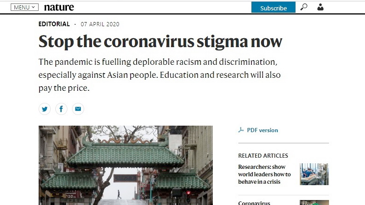 A screen shot of the "Stop the coronavirus stigma now" editorial published on the Nature magazine website.

A screen shot of the "Stop the coronavirus stigma now" editorial published on the Nature magazine website.

Washington is stepping up its smear campaign against China as the number of confirmed infections and fatalities in the United States continue to rise. However, no matter how much dirt is thrown or how many farcical demands for compensation from Beijing are made, the Trump administration cannot cover up the blunders it has made during the pandemic.

American news and opinion website The Daily Beast noted that the U.S. president and his team are not even hiding their plans to cast Beijing as the main villain in America's fight against COVID-19. It is a tactic that builds on the early stigmatization of China that has been refuted by health experts and organizations around the world.

In fact, the leading British scientific journal Nature published an editorial in which it apologizes for erroneously associating the virus with Wuhan and with China in its news coverage. Entitled "Stop the coronavirus stigma now", the article also criticizes a minority of politicians for sticking with an outdated script, noting that, "Continuing to associate a virus and the disease it causes with a specific place is irresponsible and needs to stop."

Sadly, it was Washington's ignorance and arrogance that saw them stick to that 'outdated script' and squandering almost two months before treating the issue seriously. According to a report carried by the Associated Press, the Pentagon first learned about the new coronavirus in December 2019 from open source reports emanating from China.

On January 3, Robert Redfield, head of the U.S. Centers for Disease Control and Prevention, received a call from his Chinese counterpart with an official warning. But it was not until Jan. 18 that Health and Human Services Secretary Alex Azar gave the president, who was at his private Mar-a-Lago club in Florida, a full briefing with an update. The U.S. government kept playing down the threat of the virus to the nation. It did not bolster the national stockpile of life-saving medical supplies and dismissed the information from China as "untrustworthy". 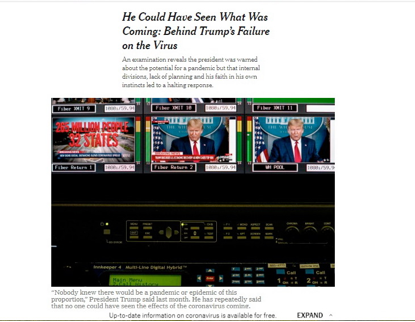 A screen shot of the "He Could Have Seen What Was Coming: Behind Trump's Failure on the Virus" article published on The New York Times website.

A screen shot of the "He Could Have Seen What Was Coming: Behind Trump's Failure on the Virus" article published on The New York Times website.

Instead of concentrating on the pandemic in those early months, the U.S. government spent too much time and energy engaged in partisan conflict. In an article by The New York Times reviewing the Trump administration's handling of the virus, the president is described as being slow to absorb the scale of the risk and to act accordingly, focusing instead on controlling the message, protecting gains in the economy and batting away warnings from senior officials throughout January.

In February, the president's top aides reached for a consistent message but took few concrete steps to prepare for the possibility of a major public health crisis. The two parties of Congress, the Health Department, and the Office of Management and Budget of the White House were all fighting over the funding issue. It was not until March 6 that the president finally signed an act for additional funding for the pandemic.

The NYT article pointed out that disagreement between White House staff, indecision and carelessness of different interest groups, and the top leader all contributed to Washington's failure in epidemic prevention and control.

Furthermore, under the guidance of its 'America First' policy, the United States went on to fully reveal its national selfishness by intercepting medical equipment destined for other countries, including its allies. It has also threatened to withhold its contribution to the World Health Organization and has attempted to monopolize a vaccine being developed by a German company.

If there is one country that does not have the virus under control, then the international community, including the United States, will not have a safe and healthy environment. Global unity and cooperation - not an "America First" dogma - are the only way to overcome a virus that knows no borders. As Nature magazine wrote in its editorial: "Stop the coronavirus stigma now… viruses do not discriminate — we are all at risk."