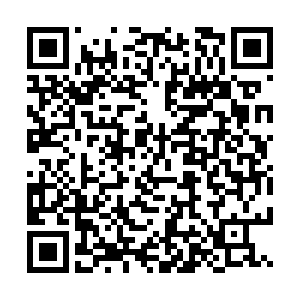 Global social media giant Twitter on Tuesday apologized to the Chinese Embassy in Sri Lanka for a "systematic mistake" which had led to the suspension of the embassy's official twitter account, and restored it after concerns were raised.

In a statement, the Chinese Embassy in Sri Lanka said that on April 13, Twitter suspended the embassy's official Twitter account in Sri Lanka without informing them of any specific reasons which led to the embassy to request Twitter to clarify and correct their decision. 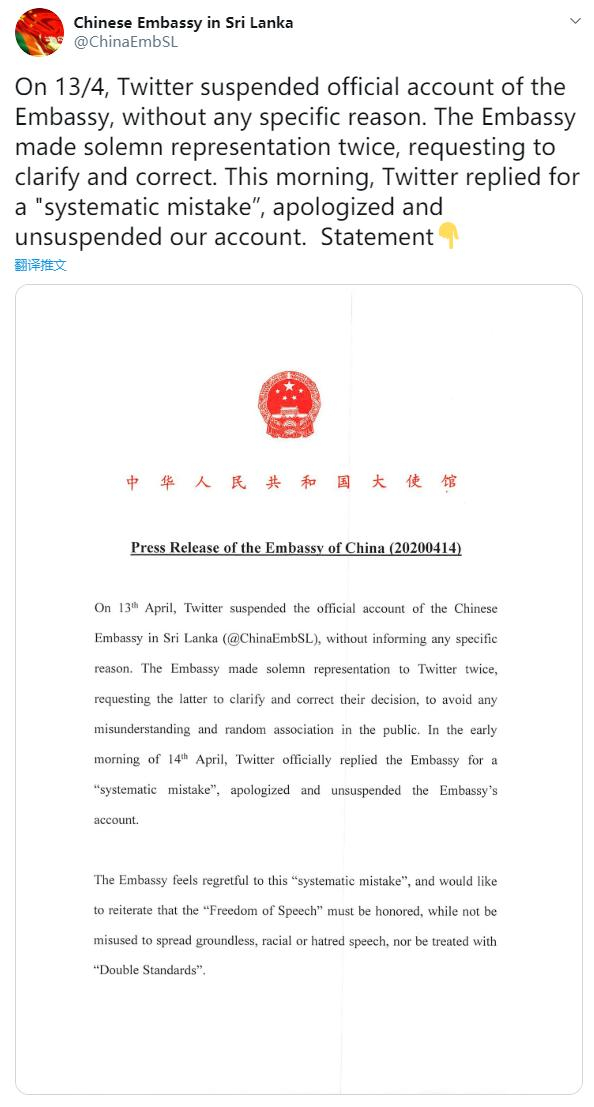 "The Embassy made solemn representation to Twitter twice, requesting the latter to clarify and correct their decision, to avoid any misunderstanding and random association in the public. In the early morning of April 14, Twitter officially replied to the Embassy for a 'systematic mistake', apologized and unsuspended the Embassy's account," the Chinese Embassy said.

"The Embassy feels regretful to this 'systematic mistake', and would like to reiterate that the 'Freedom of Speech' must be honored, while not be misused to spread groundless, racial or hatred speech, nor be treated with 'Double Standards'," the embassy added.

Luo Chong, a spokesperson for the Chinese Embassy in Sri Lanka, said that the embassy had launched its official Twitter account since March this year and had released a total of 481 updates on China and Sri Lanka affairs.

Last week, a local media organization reported three false reports on China's fight against the COVID-19 pandemic and the Chinese Embassy in Sri Lanka had severely condemned it.

The embassy had written an open letter to the Chairman of Wijeya group of newspapers, strongly protesting the "irresponsible" publication of the three articles that completely violated facts and stirred hate speech against China.