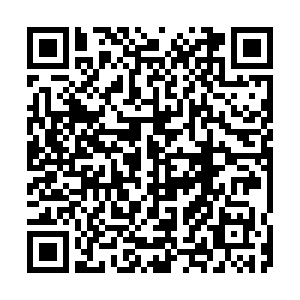 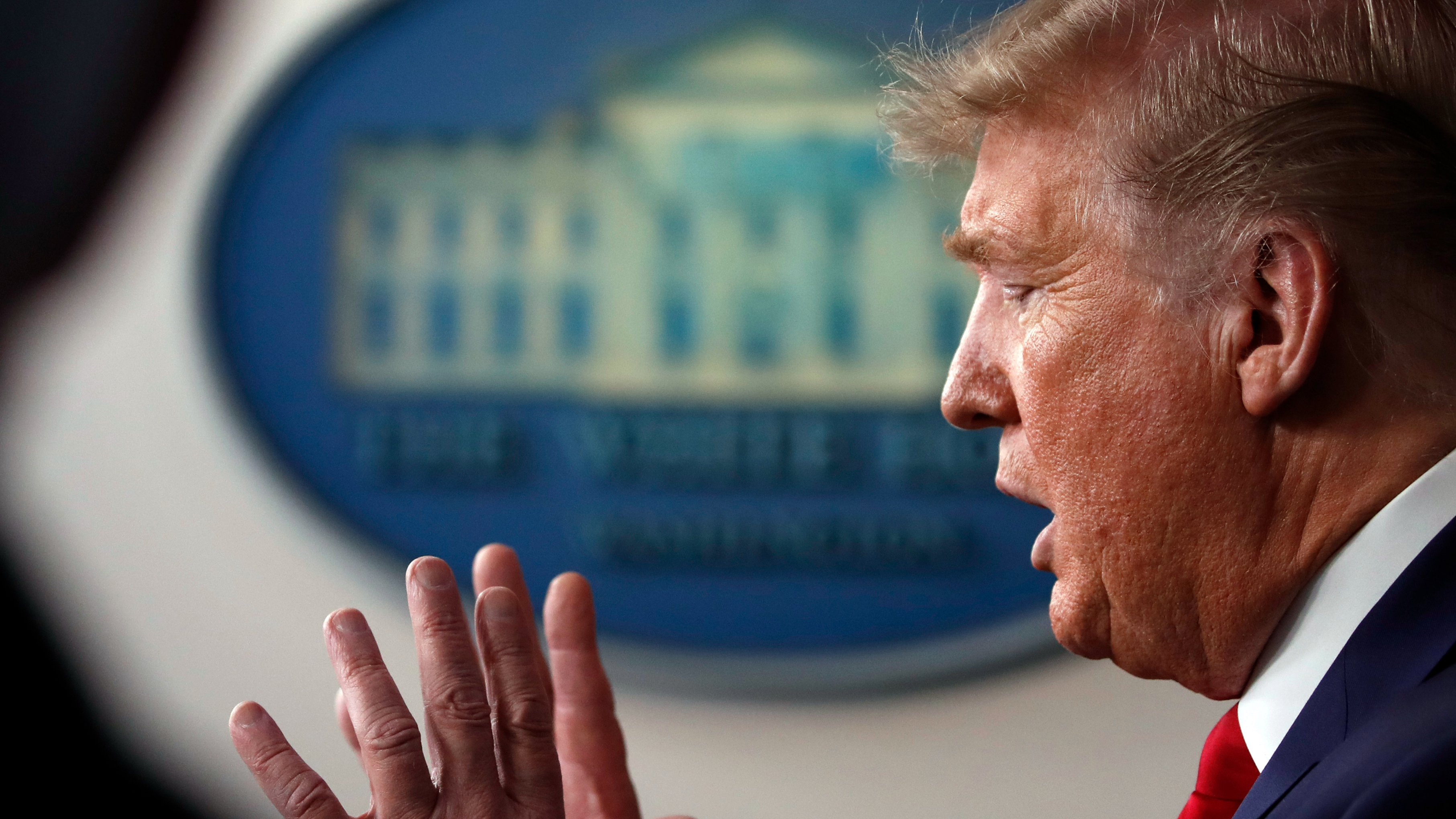 U.S. President Donald Trump speaks about the coronavirus at the White House in Washington, April 13, 2020. /AP

U.S. President Donald Trump speaks about the coronavirus at the White House in Washington, April 13, 2020. /AP

The U.S. presidential election is months away, but the political strains of voting during the COVID-19 pandemic were highlighted last week with contentious primary and local contests in the swing state of Wisconsin, the surprising results of which were released on Monday evening.

As countries around the world debate how and whether to proceed with elections – South Korea is going ahead on April 15, but almost 50 countries have postponed votes at various levels – a bitter divide has again reared its head in the United States over how voting should happen in November.

But in this instance, it's not as simple as Republicans against Democrats or Donald Trump against Joe Biden – it's the president against state officials in his own party too.

The events over the past two weeks in Wisconsin set the stage for battles ahead.

Democratic Governor Tony Evers' late attempt to delay April 7 voting in the state was rejected by a Republican-majority legislature, and then blocked by a conservative-majority state Supreme Court. Low turnout, thought likely to boost Republican hopes of retaining a Supreme Court seat, was expected.

The Republican-appointed majority U.S. Supreme Court also stopped an attempt to extend the deadline for absentee voting. "Either they (voters) will have to brave the polls, endangering their own and others' safety," Justice Ruth Bader Ginsburg warned in her dissenting opinion. "Or they will lose their right to vote, through no fault of their own." 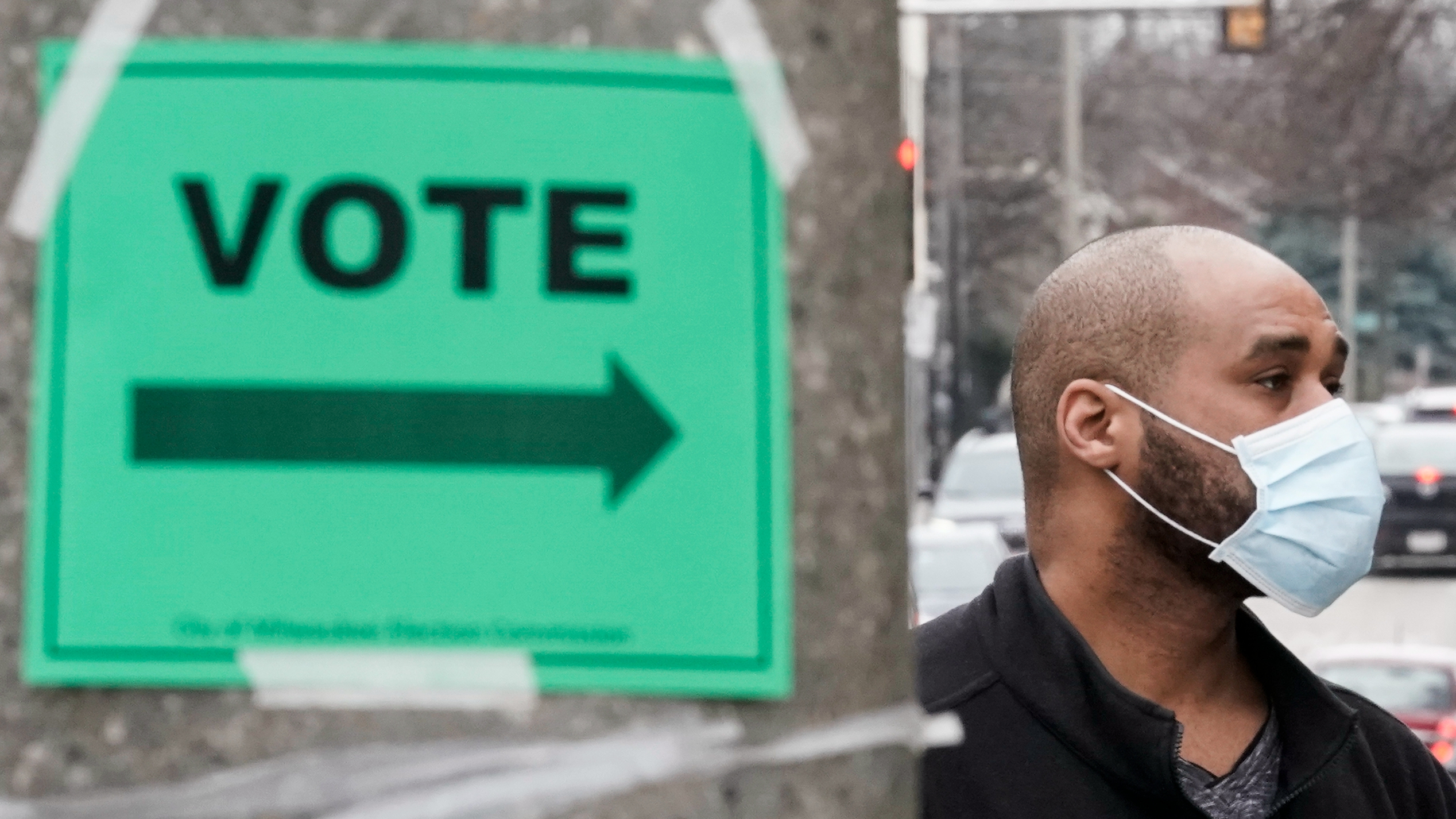 Polling places were closed because few volunteers were prepared to staff them, queues of people – six feet apart – snaked around blocks in urban areas that swing Democratic while accusations of voter suppression and threats of lawsuits were thrown around in the media. But crucially, the state allows "no excuse" absentee voting and over 1.1 million people took advantage.

When results were announced on Monday night, there was shock from both parties as the Democratic challenger in the Supreme Court election won a comfortable victory over the Trump-endorsed Republican incumbent. Turnout was stronger than expected and by-mail voting was high in what will be a crucial general election state.

The drama in Wisconsin is a microcosm of a battle playing out nationally.

Democrats want as many people as possible to have the option of avoiding in-person voting come November and several Republican governors are promoting expanded absentee voting, but others in the party, led by Trump, want to limit it, seemingly to existing rules.

"Republicans should fight very hard when it comes to state wide mail-in voting. Democrats are clamoring for it," the president tweeted last week. "Tremendous potential for voter fraud, and for whatever reason, doesn't work out well for Republicans."

Biden, who won the Democratic primary in Wisconsin, has said statewide mail-in voting should be considered, though suggested it may not be necessary across the country.

An effort led by former Democratic presidential hopeful and potential Biden running mate Amy Klobuchar calls for all eligible voters to be mailed a ballot, be allowed to vote absentee with no questions asked or have the option of an early in-person vote. It also demands free postage, Intelligent Mail tracking and that all ballots postmarked by election day are valid.

Republican governors in states including Ohio and Georgia are also encouraging voters to take advantage of the absentee option.

As the COVID-19 pandemic continues the trend towards expanded voting by mail, avoiding the choice set out by Bader Ginsberg, for the November elections is clear. But Trump remains dead set against a broad extension.

On "Fox and Friends" last week, the president was naked in his reasoning for opposing Democratic vote-by-mail proposals included in the recent two trillion U.S. dollar stimulus plan.

"The things they had in there were crazy," Trump said. "They had things, levels of voting that, if you ever agreed to it, you'd never have a Republican elected in this country again."

The implication from Trump was that if more people vote by mail, Republicans, and by extension he, will suffer electorally. But there is no conclusive evidence that this is true, particularly in the extraordinary circumstance of an election during a pandemic.

The most at-risk group to COVID-19 is older voters, who trend heavily towards Republicans. Trump won comfortably in 2016 among over 50s, who made up 56 percent of the electorate according to the Pew Research Center. The option of voting by mail is likely to be attractive to this group, and in states like Florida is already commonplace – Trump himself used it in the recent primary. 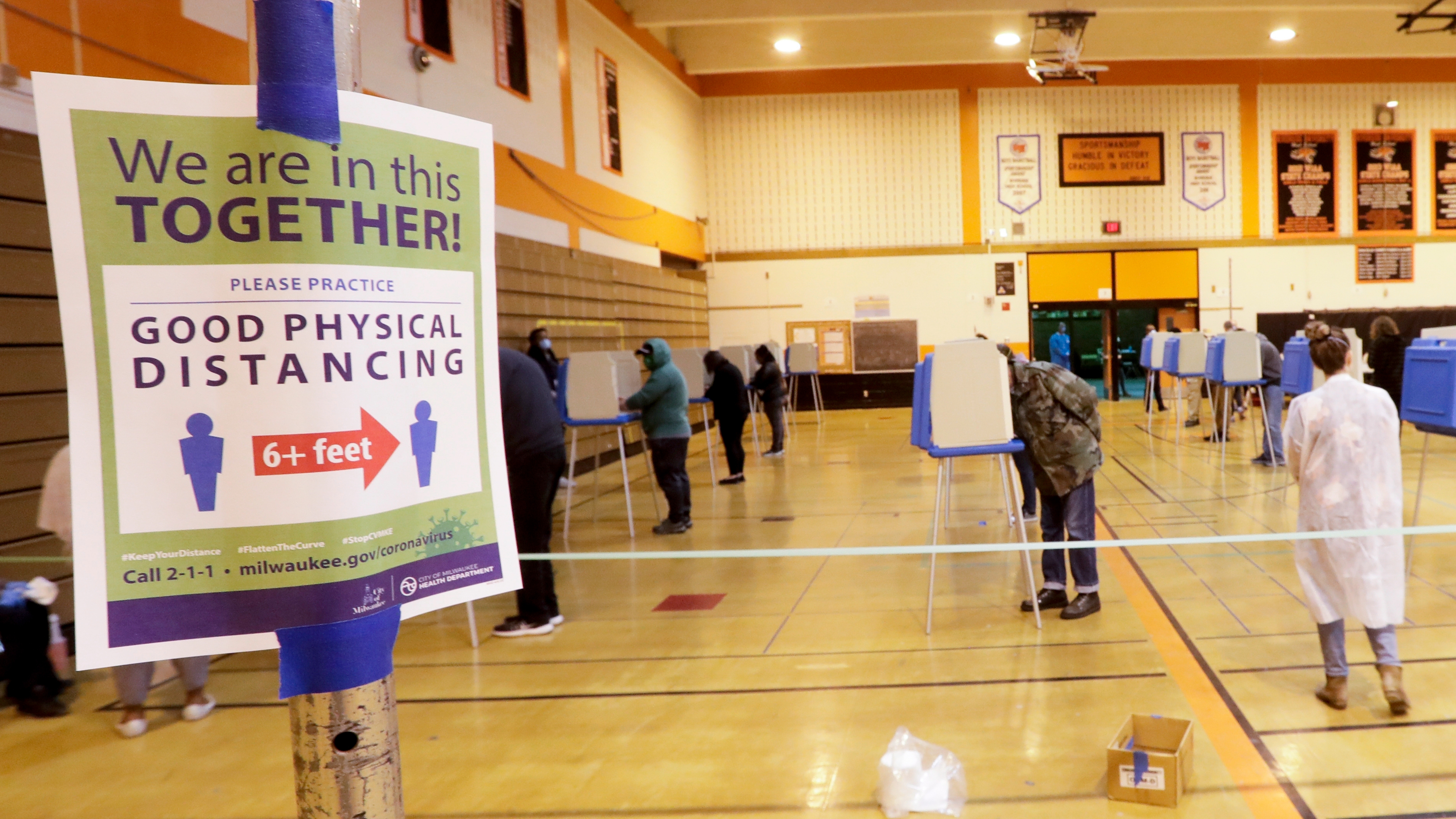 Expanding the ease of voting to younger people – under 40 percent of eligible 18-24 year-olds voted in 2016, according to the U.S. Census Bureau, and Pew suggests they overwhelmingly backed Hillary Clinton – and minorities would likely benefit the Democrats, but it's not clear either party would have a major advantage.

And the claims of voter fraud, sometimes said to be a cover for measures to suppress voting, have been repeatedly debunked. Trump maintains that he lost the popular vote to Hillary Clinton in 2016 by three million votes because of fraud, but there is no evidence for this.

The president also claims that mail-in voting would lead to "thousands and thousands of people sitting in somebody's living room signing ballots all over the place." Again, there is no evidence of widespread abuse.

Trump doesn't have the power to stop by-mail voting or expansion of absentee voting.

Despite his claim on Monday that as president his "authority is total," there are many areas – from postponing an election to forcing the U.S. to reopen its economy or schools – in which he has influence but not control. The decisions lie with the individual states.

Furthermore, the U.S. Election Assistance Commission found that in 2016 two of every five ballots cast were early, absentee or by mail votes, with 23.6 percent of all votes either case absentee or by mail – around double the rate since 2004. The trend was in motion long before the pandemic.

Voting by-mail is the primary method of voting in five states, and 28 more already allow absentee ballots without a need to give a reason for requesting one.

A second unfortunate reality for Trump is that the six main swing states – Florida, North Carolina, Arizona, Michigan, Pennsylvania and Wisconsin – already permit voting by mail for anyone who applies in time to receive a ballot, no excuse required.

Around one third of states only allow absentee votes with a valid reason, a mechanism which Democrats claim Republicans have abused. In the increasingly purple state of Texas, only disability, age or physical absence through travel are valid excuses. These are the kind of rules Trump appears to favor.

Some Republican-governed states are loosening the guidelines, however. New Hampshire's Governor Chris Sununu said on Thursday that pandemic would be a valid reason for absentee voting, and Ohio's Mike DeWine has already approved a complete vote-by-mail primary in the state.

The tide is against Trump, but he can still have an influence.

The recent stimulus plan ultimately included 400 million U.S. dollars for election security, 10 percent of the four billion U.S. dollars Democrats had called for. The president can continue to rail against extra federal funding and encourage friendly Republican states to tighten the process.

Court battles are already underway as the rules in individual states are challenged, while the push for further expansion of vote by mail is likely to continue to be countered with accusations of fraud and corruption from Trump. It's not a headline battle, but it is likely to simmer all the way to November's elections – and perhaps beyond.