Wildlife encounter: Do not let your kindness become a danger
By Xu Chenlu 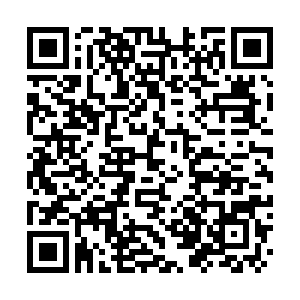 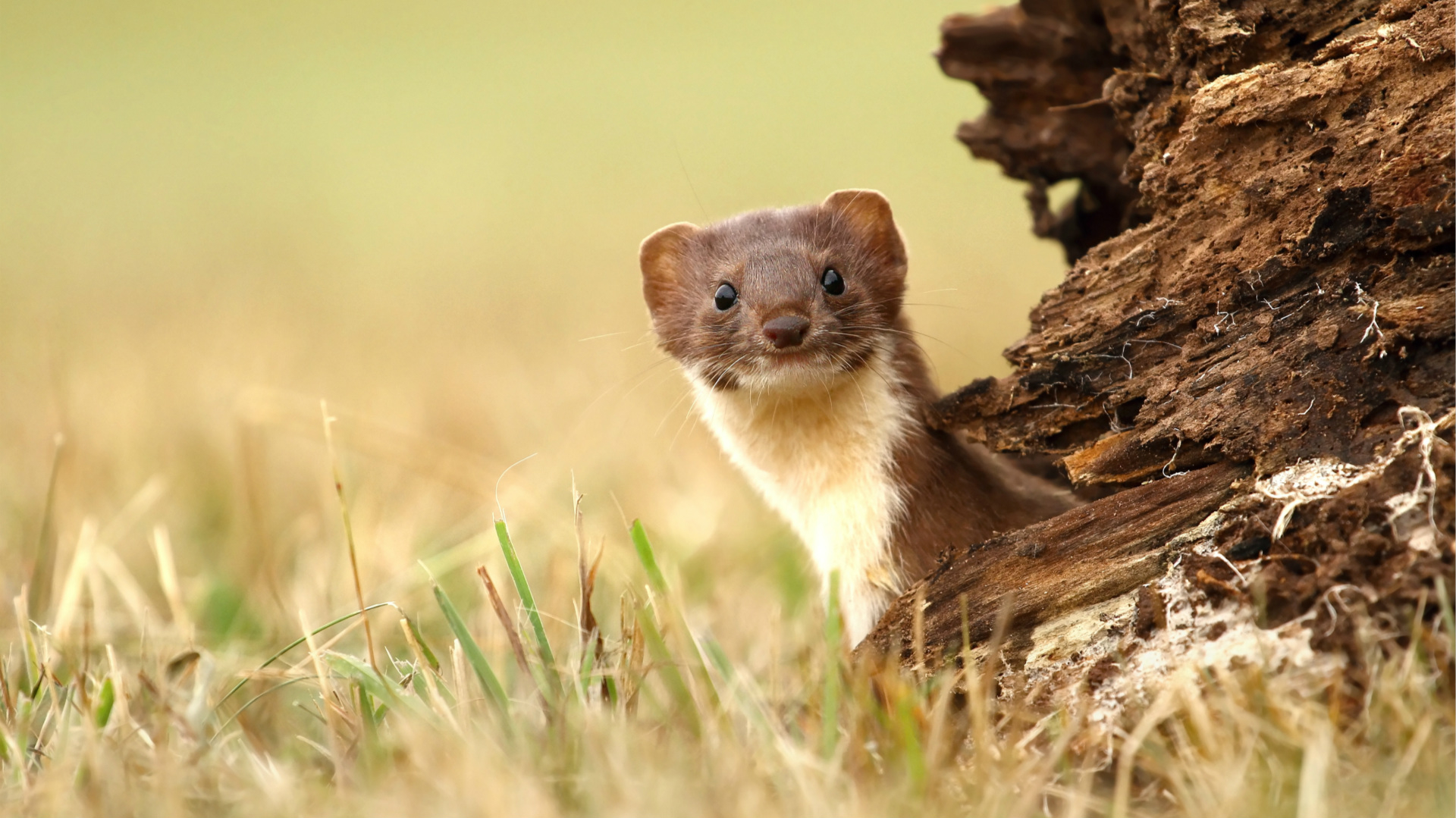 During the past months, the COVID-19 pandemic has forced many to stay home and reduce the frequency of going out to prevent cross-infection.

And near empty cities without throngs of people and vehicles seem to have become wildlife paradise. Hence, animals that are unusual in cities, like a deer grazing outside people's house in U.K and the jackals that wander in a park of Israel have caught people's attention on social media. 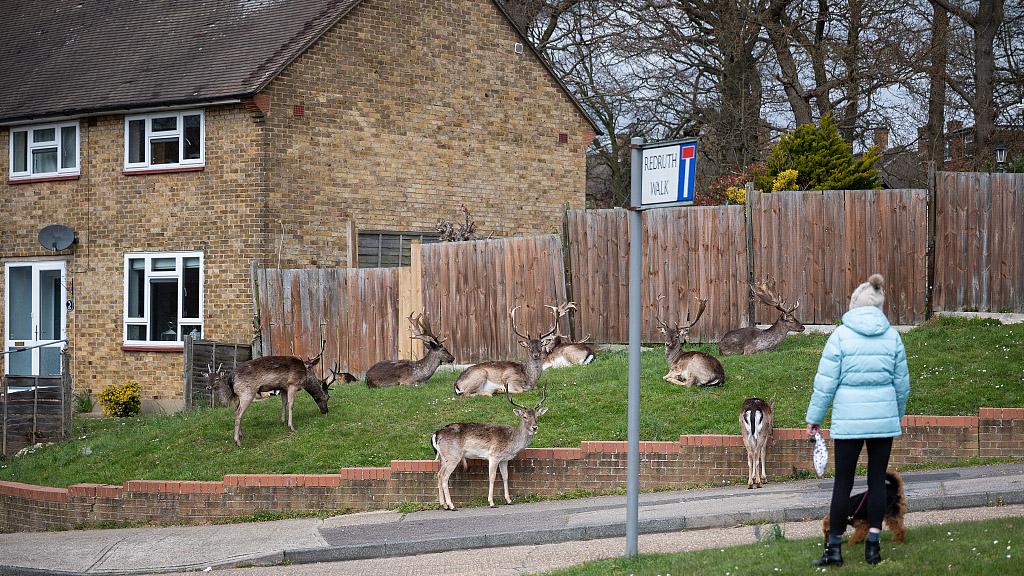 Fallow deer on the grass outside homes in Romford, England. /VCG

Fallow deer on the grass outside homes in Romford, England. /VCG

In China, as the outbreak has been eased, and lockdown for cities like Wuhan lifted, people who stayed home were finally able to resume daily activities, leading to some interesting encounters between humans and the wild animals.

Recently, a "begging weasel" that appeared on street of Wuhan City, central China's Hubei Province, became a "celebrity" as the weasel looked like it was trying to ask for food from passers-by.

The picture soon started trending on social media platforms. People were fascinated by the interactions, and said they were happy to see the harmony between human and nature. 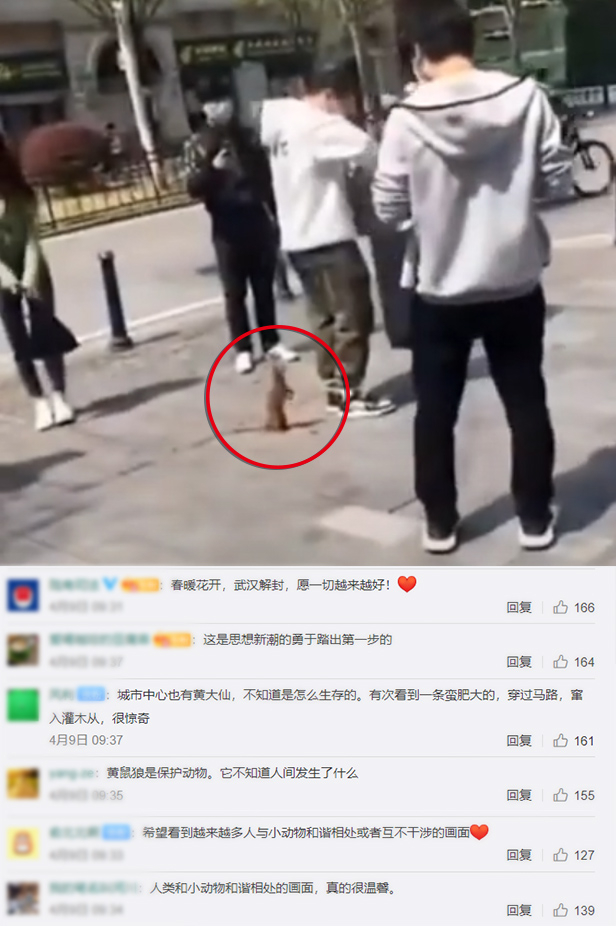 The "begging weasel" on the street of Wuhan City, central China's Hubei Province. /Screenshot from Weibo

The "begging weasel" on the street of Wuhan City, central China's Hubei Province. /Screenshot from Weibo

However, there are still some risks hidden behind these encounters, and some of them are quite dangerous.

Experts indicate that feeding wild animals will strongly decrease their sense of defense against humans, which might make them more susceptible to being hunted and killed in future. Besides, human food will gradually change the animals' diet, bringing them health problems if they eat too much of it.

Moreover, wild animals might carry disease and parasites that can harm people through touch. During feeding or petting, it is very likely for humans to be infected. Wild animals might harm people with the diseases and parasites they carry. /VCG

Wild animals might harm people with the diseases and parasites they carry. /VCG

Therefore, here are some guidelines for you to keep in mind when you encounter a wild animal. 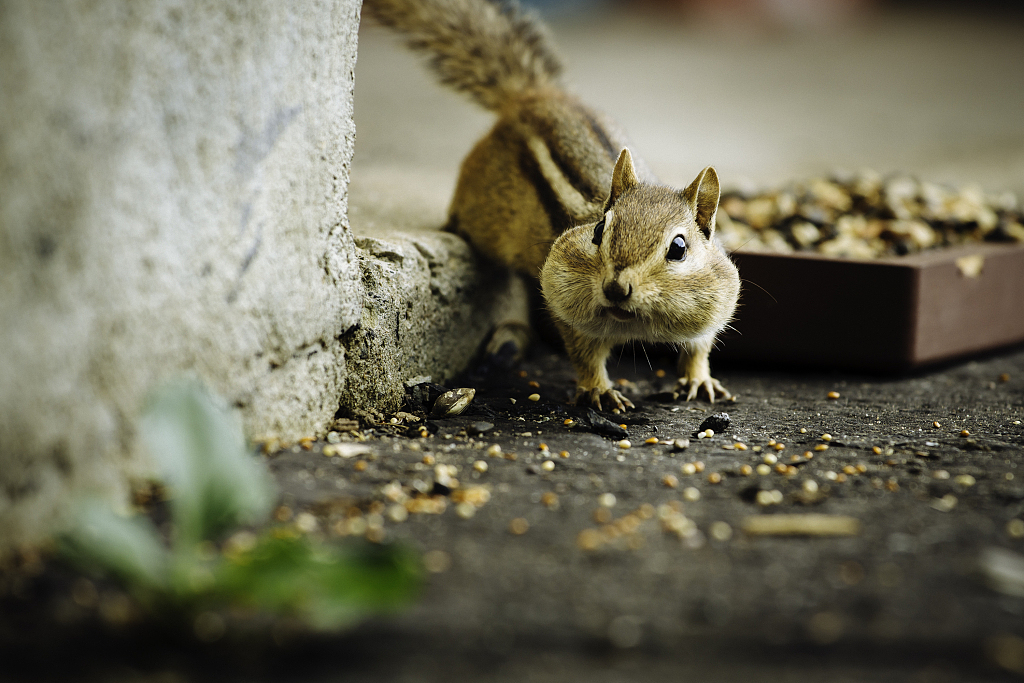 1. Keep distance as much possible, especially for large animals. Getting too close is very dangerous as they may attack you suddenly.

2. Avoid touching or petting them to prevent possible diseases and parasites.

3. Feeding with human food is not encouraged. If the animal is injured or not in good health, call local authorities for help.

4. When encountering newborn animals, do not prematurely think they need help and bring them away. If the animals are in good health, and their nests are hidden in bushes or leaves, it is likely that their parents are just away for food. Leave them alone unless you are sure they need help.