Nigerian FM: No evidence of discrimination against Nigerians in Guangzhou
CGTN 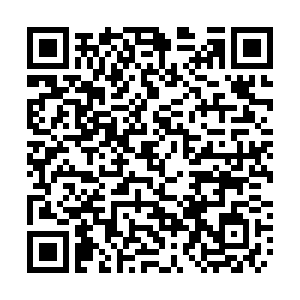 A mandatory quarantine was imposed after people in the neighborhood tested positive for coronavirus, and those in isolation were not allowed to return to their homes or hotels, Onyeama said, citing an investigation conducted by Nigerian diplomats in Guangzhou, Global Times reported.

Onyeama made the comments at a joint press conference with Chinese Ambassador to Nigeria Zhou Pingjian on Tuesday.

Images of Nigerians in the streets with their possessions had been extremely distressing, Onyeama said, until a Nigerian businessman in Guangzhou posted an audio clip explaining what was really happening.

According to the businessman, some Nigerian citizens were confirmed to have COVID-19 after arriving in Guangzhou. The owner of a restaurant that was popular with many Africans, including Nigerians, was also infected.

Local government officials soon closed these venues and required the people involved to undergo a 14-day quarantine along with other strict policies to prevent the virus from spreading.

Onyeama said he had verified what the businessman said in the audio post with the Chinese Embassy in Nigeria.

Now we have learned the truth and we are happy that our institutes in China are working closely with their Chinese partners, he added.

Onyeama said there is nothing wrong with Guangzhou applying strict anti-epidemic policies based on the experience of Wuhan, Global Times reported, but he also asked Guangzhou authorities to improve their communication while implementing the policies.

Ambassador Zhou reiterated that China has zero tolerance of racism and any such wrong behavior will be corrected.

Zhou stressed that China-Nigeria relations were unbreakable, noting that the Guangzhou government is fighting against the epidemic, and not Nigerians, Africans or any foreigners.

As of Monday, Guangzhou City had reported 119 imported cases, including nine Nigerians and 10 from other African countries, Zhou noted. The city reported asymptomatic coronavirus carriers the same day, including 57 Africans.

The data indicates that African citizens are a high-risk group in Guangzhou, and that thorough screening and tests will protect both Chinese and foreigners.

(CGTN's He Beiping also contributed to the story.)