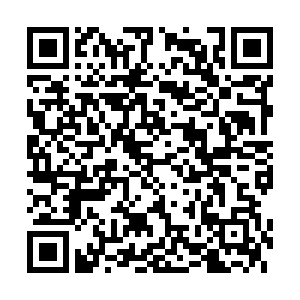 Two Brazilian governors tested positive for the new coronavirus on Tuesday, one in the tourist hotspot of Rio de Janeiro and the other in the Amazon rain-forest state of Pará.

In a video posted on Twitter, Rio Governor Wilson Witzel said that after not feeling well in recent days, with a fever and sore throat, he requested a test and received the positive result on Tuesday.

Witzel later underwent tests to see if he needed to be hospitalized, his office said. 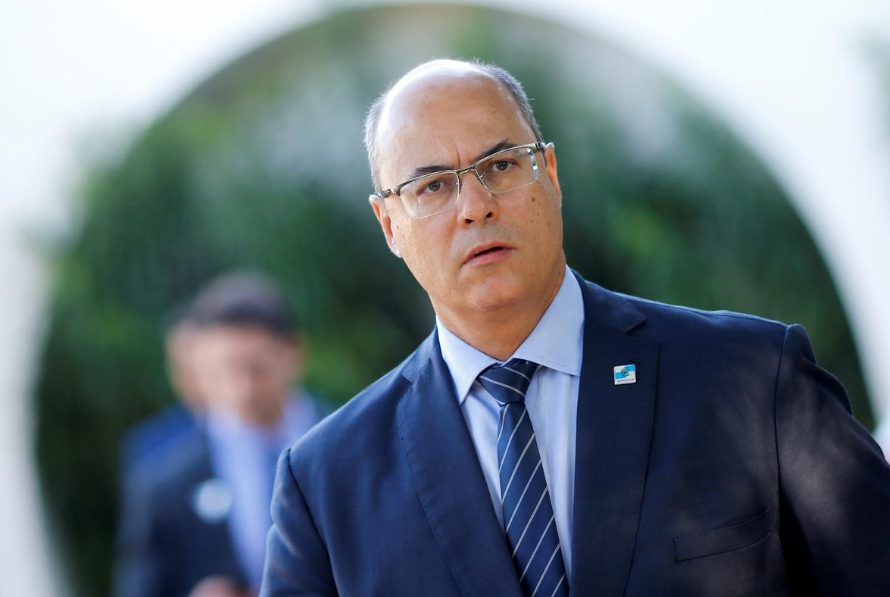 Pará Governor Helder Barbalho, in a social media post, said he had also tested positive after his staff members came down with the virus, although he had no symptoms.

Both governors called for people of their states to obey home shelter guidelines to avoid spreading the virus.

"I ask you once again to stay at home. As everyone can tell, the disease doesn't make exceptions for anyone and the contagion is fast," Witzel said.

Brazil had 204 deaths on Tuesday from COVID-19, its highest death toll for a single day since the outbreak. More than 1,500 people have died of COVID-19 in Brazil, with more than 25,000 confirmed cases.

Governors have played a critical role in curbing the spread of the virus by ordering people to stay inside and most businesses to close.

Brazilian President Jair Bolsonaro has criticized lockdowns at the local level, saying the pandemic has been blown out of proportion, even though several of his cabinet ministers and closest aides have been infected.

While the coronavirus has inflicted severe damage on Brazil, the recent recoveries of two elderly patients have injected a glimmer of hope into the country.

World War II veteran Ermando Piveta, aged 99, became the oldest Brazilian to recover from the coronavirus on Tuesday. Wearing an army cap and saluting from his wheelchair, Piveta left the Armed Forces Hospital in Brasilia to an ovation from medical staff and a soldier's trumpet homage. 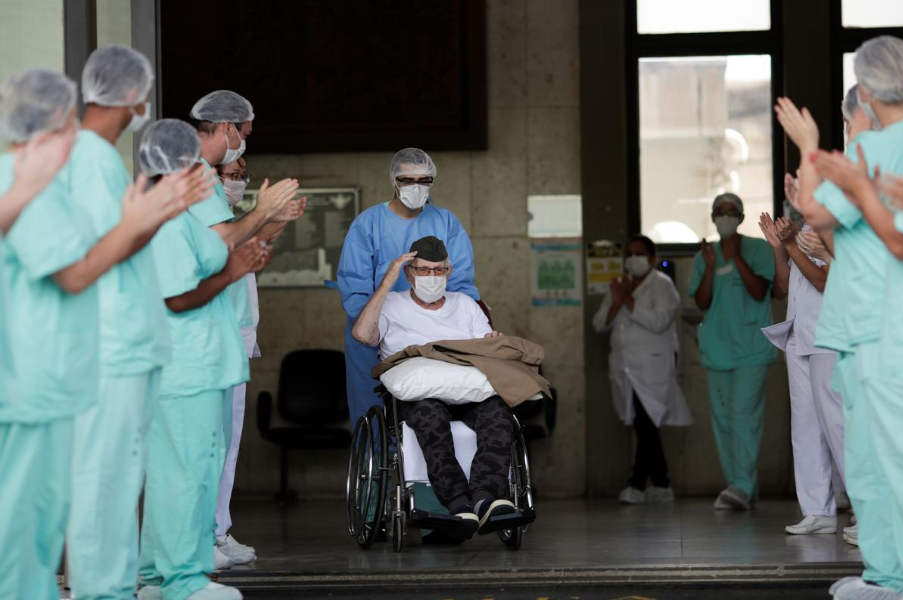 "Winning this battle was for me bigger than winning the war," he said of his fight against an invisible enemy. "In war you kill or live. Here you have to fight to live," he added.

A second lieutenant in the Brazilian Army forces during World War II serving in Africa, Piveta tested positive for the coronavirus two weeks ago and spent two days in the hospital's ICU after he developed pneumonia. But he didn't require a ventilator and recovered due to his good physical shape derived from life in the military and longevity that runs in his family, the hospital's director said.

Piveta's recovery followed a 97-year-old woman's discharge from the hospital on Sunday. 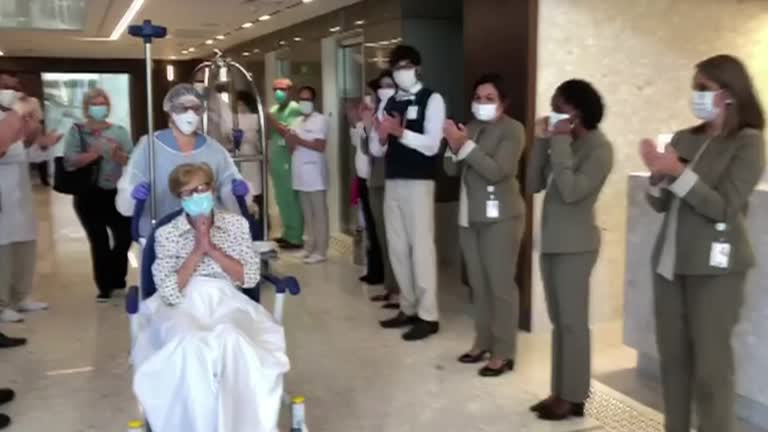 Gina Dal Colleto was hospitalized on April 1 with coronavirus symptoms including a cough and mental confusion. She was put on oxygen in ICU as her health condition worsened. As Piveta, the oldest known survivor of COVID-19 in Brazil before Piveta, finally recovered, she was wheeled out of the hospital as medical staff applauded around her.

(Cover image: A Brazilian flag is seen over a car before the opening match between Brazil and Croatia at the 2014 World Cup, in Curitiba, June 12, 2014. /Reuters)