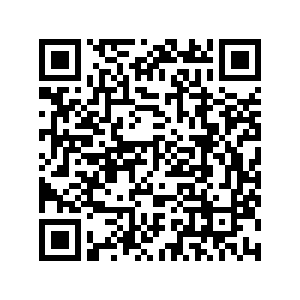 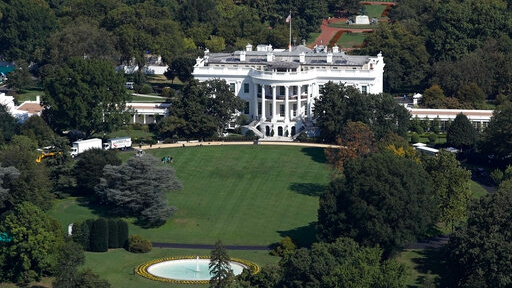 The standoff between the United States and South Korea over bankrolling the former's presence on the peninsula is turning bitter. After months of negotiations, South Korea was able to cough up only a 13-percent increase in its share. But now, as Reuters reports, U.S. President Donald Trump has shot down that proposal for not being enough.

The demand that South Korea contribute more to the Special Measures Agreement (SMA) comes at a time when Trump is increasingly unwilling to spend money outside U.S. borders. Pulling out support from commitments at the Paris Agreement, the World Trade Organization and the World Health Organization, he is swiftly losing the confidence of his allies.

While claiming to renounce his country's self-assumed role as the global policeman, Trump still intends to maintain influence in international affairs. He has accused South Korea of taking advantage, whereas Seoul, viewing the U.S. as becoming a "transactional partner with unreasonable demands," actually wanted to cut its SMA contribution from the existing 900 million U.S. dollars.

The predicament has left America's ambition of maintaining a presence in the Western Pacific in tatters. In January, the army secretary announced plans to deploy multi-domain task force troops to the Pacific region, with information, electronic, cyber and missile capabilities. But all provocations aimed at challenging China's sovereignty over the South China Sea are backfiring.

This February, the Philippines scrapped the Visiting Forces Agreement (VFA) with the U.S. Earlier, Japan and South Korea's trade war threatened an intelligence-sharing pact with the U.S., and now South Korea's unwillingness to foot the bill for American forces is a wake-up call for policymakers in Washington.

The U.S. military's readiness level is further on the decline since COVID-19 broke out.

On one hand, morale is taking a hit after incidents like the sacking of the USS Theodore Roosevelt's captain for highlighting government inaction on the health of servicemen. On the other, the overstretched footprint of the U.S. Navy is reducing with the docking of infected warships and curtailing of wargames.

The breakdown of talks over the SMA has further exacerbated the situation. The extent can be judged from the furloughing of around 4,000 Koreans employed with the U.S. military. This unprecedented move has compelled the Korean Employees Union to hold a daily one-person symbolic protest in front of the U.S. embassy. 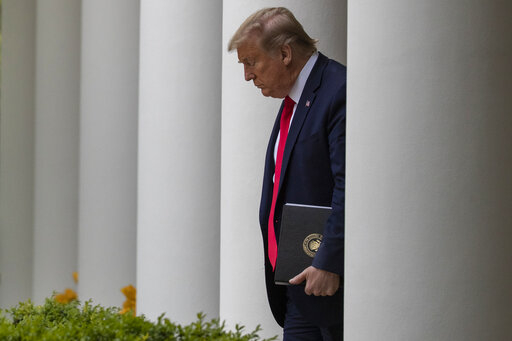 President Donald Trump arrives to speak about the coronavirus in the Rose Garden of the White House, Washington, April 14, 2020. /AP

President Donald Trump arrives to speak about the coronavirus in the Rose Garden of the White House, Washington, April 14, 2020. /AP

Had COVID-19-related social restrictions not been in place, larger protests could have pushed the bilateral relationship to a new low.

A major factor in South Korea's uncompromising position was the parliamentary election. The ruling Democratic Party simply could not appear to succumb to external pressure. With hardly any leeway, it had to give a signal to the voters at this decisive time that it was trying to keep Seoul's interests above that of Washington.

Back in the U.S. too, the hype of elections is building. Trump is under immense criticism over the botched handling of the pandemic. The epicenter has moved to New York and the country's death toll being the highest anywhere in the world is attributed to the president's initial inaction.

As elections near, the need to close the revised SMA and other deals can push him to coerce his international partners. Though seeing his chances at re-election fading fast, they might not budge and further damage his bid at the second term.

Trump's stint in the Oval Office has isolated the U.S. like never before, as adversaries and supporters realize the inefficacy of the inconsistent rhetoric coming out of the White House. The meek response that came after the Philippines' scrapping of the VFA has encouraged others like South Korea to review the terms of their own partnerships.

Using pressure tactics on allies has been the hallmark of the Trump administration.

The biggest example is his threat to Ukraine for opening an investigation against his chief political rival. Later he pressured several European countries, although unsuccessfully, to stop doing business with Huawei. More recently, he threatened India with retaliation if it did not resume the export of a COVID-19 medicine. Congressman Eliot Engel has rightly termed this coercive diplomacy as extortion of friends.

This bullying attitude echoes the overconfidence of U.S. forces during the Korean War. The result was catastrophic then and might not be much different today. Asking the host to fend for its 28,500 troops at a cost of five billion U.S. dollars is too much.

Realpolitik may require Trump to force all his allies to render unwavering loyalty but respectful and dignified relations cannot go far with this approach.

If a change in the policy of subjection is not immediately considered, the road to making America great again will, however, be a long one.