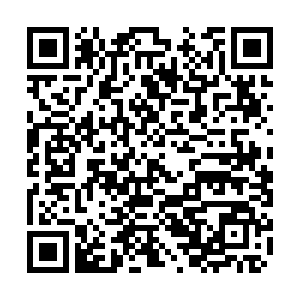 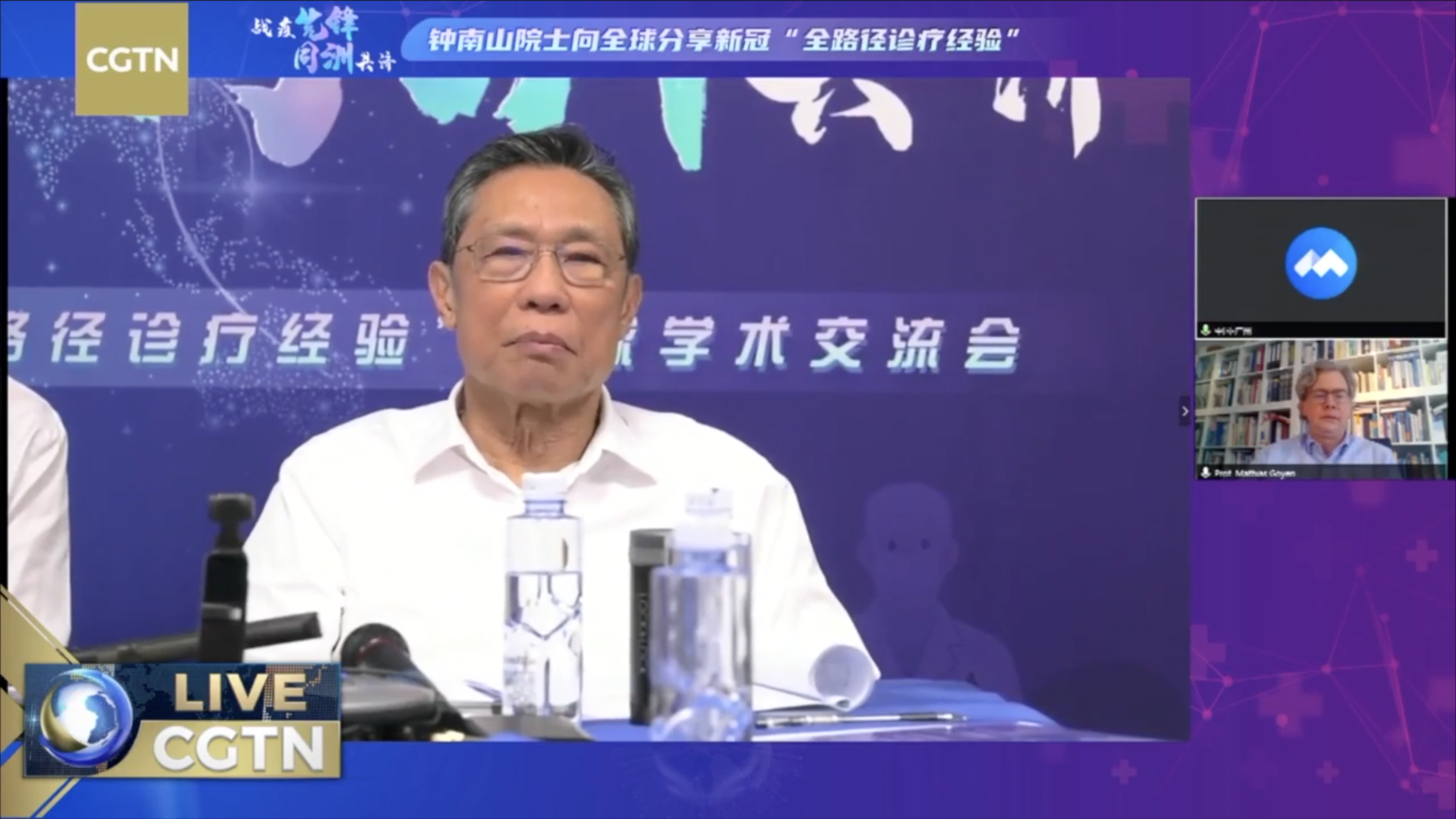 Editor's note: On March 11, 2020, the World Health Organization (WHO) declared COVID-19 a pandemic, and as of Wednesday (April 16), more than 200 countries and regions have confirmed over 1,900,000 cases, with more than 120,000 deaths, according to the WHO. On its live program "COVID-19 Frontline," CGTN invited medical workers and experts from China and other parts of the world to share their experiences and take questions from social media, in the hope of providing more information for those who are battling against the pandemic.

Zhong said this at a global webinar with tens of thousands of medical workers based in Europe, U.S. and Africa that aimed to share China's experience of fighting against the COVID-19 pandemic.

The detailed measures include the lockdown of the epicenter Wuhan on January 23; the transparent real-time announcement of the numbers of diagnosed and suspected patients every day in each city in China; an interagency mechanism down to the community level that enables early protection (distancing), early detection, early diagnosis and early isolation of patients; and RT-PCR (nucleic acid) tests to all close contacts of confirmed patients, including those without symptoms.

Such actions successfully brought down the number of newly confirmed patients within a month of human to human transmission of the virus being confirmed in January, and put the overall situation under control in China in two months.

He said such kind of trategy will inevitably take a toll on the economy, and all governments have to seek a balance between control measures and economic development. But people's life and health need to be prioritized.

Asked about the key learnings that China could offer to other countries, Zhong stressed that prevention efforts are the most important, including the tracing and isolation of all close contacts of confirmed patients, social distancing and wearing masks. 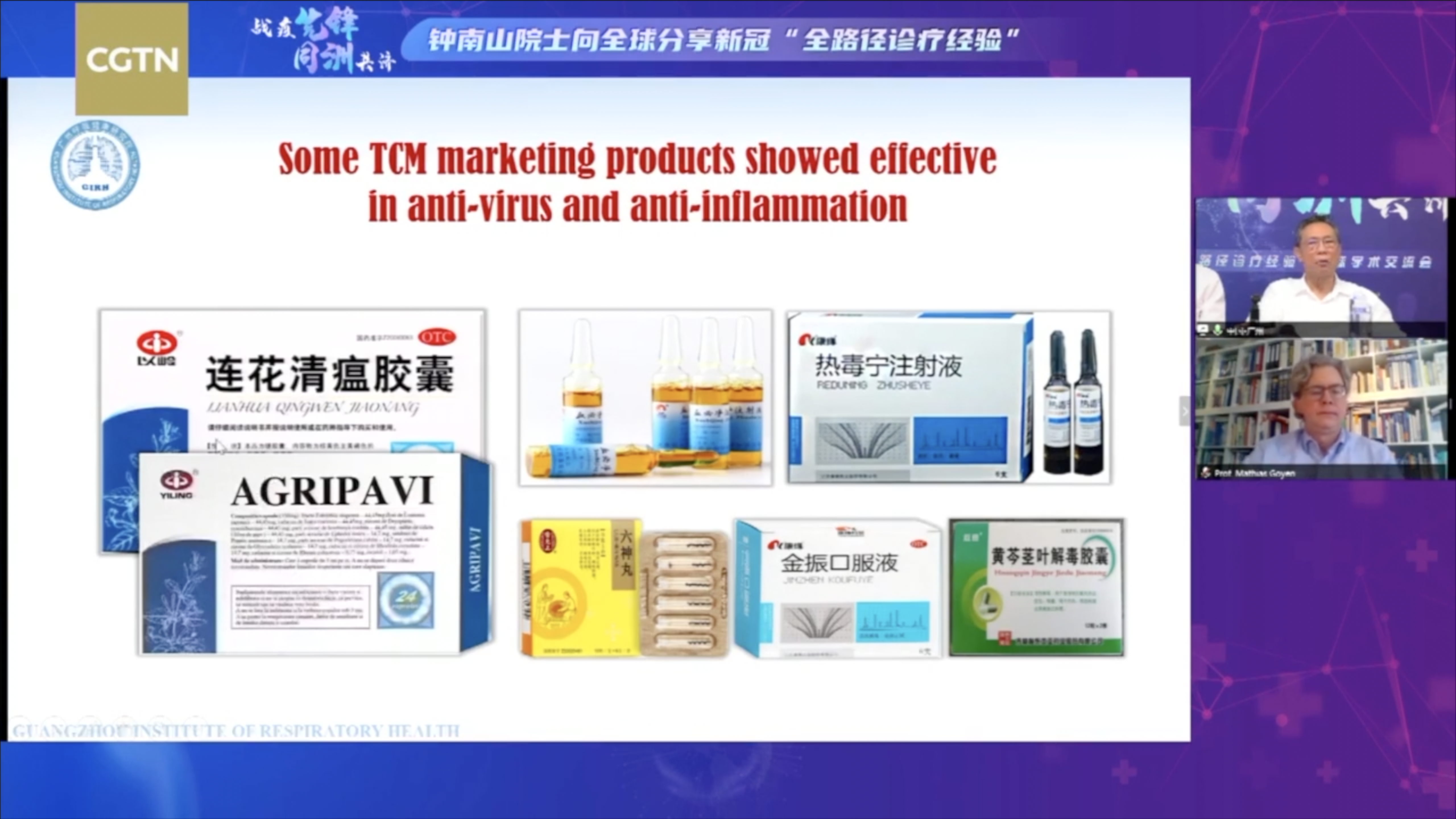 There are no specific medicines that can effectively treat COVID-19 so far. But several drugs did have shown good clinical efficacy in treating the disease, especially for mild patients, Zhong explained.

Chinese experts continued their tests on chloroquine, an antimalarial drug that has been on the market for many years, which U.S. President Donald Trump has also enthusiastically promoted as a potential treatment for COVID-19 patients.

New results show, yet to be published, the viral load in the plasma of patients treated with chloroquine has seen a rapid decrease. And for the control group who were given both chloroquine and azithromycin, an antibiotic, the results are even more promising.

Besides, traditional Chinese medicines also performed well on current trials, according to Zhong. One of them is Lianhua Qingwen Capsules, a common drug used for the treatment of colds and flu, which has been proved to be a successful antiviral drug both in lab tests and human trials. But it is more effective in treating mild and moderate patients, especially improving symptoms like fever, cough and fatigue. But it does not make huge difference on severe cases.

Another two treatment methods are the use of convalescent plasma from recovered patients, and hydrogen-oxygen mixed gas.

Antibodies have been found in the plasma of some recovered COVID-19 patients, meaning they can fight the coronavirus in a better way, and this immunity can also be transferred from the recovered patients to the sick people.