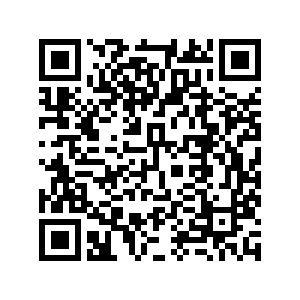 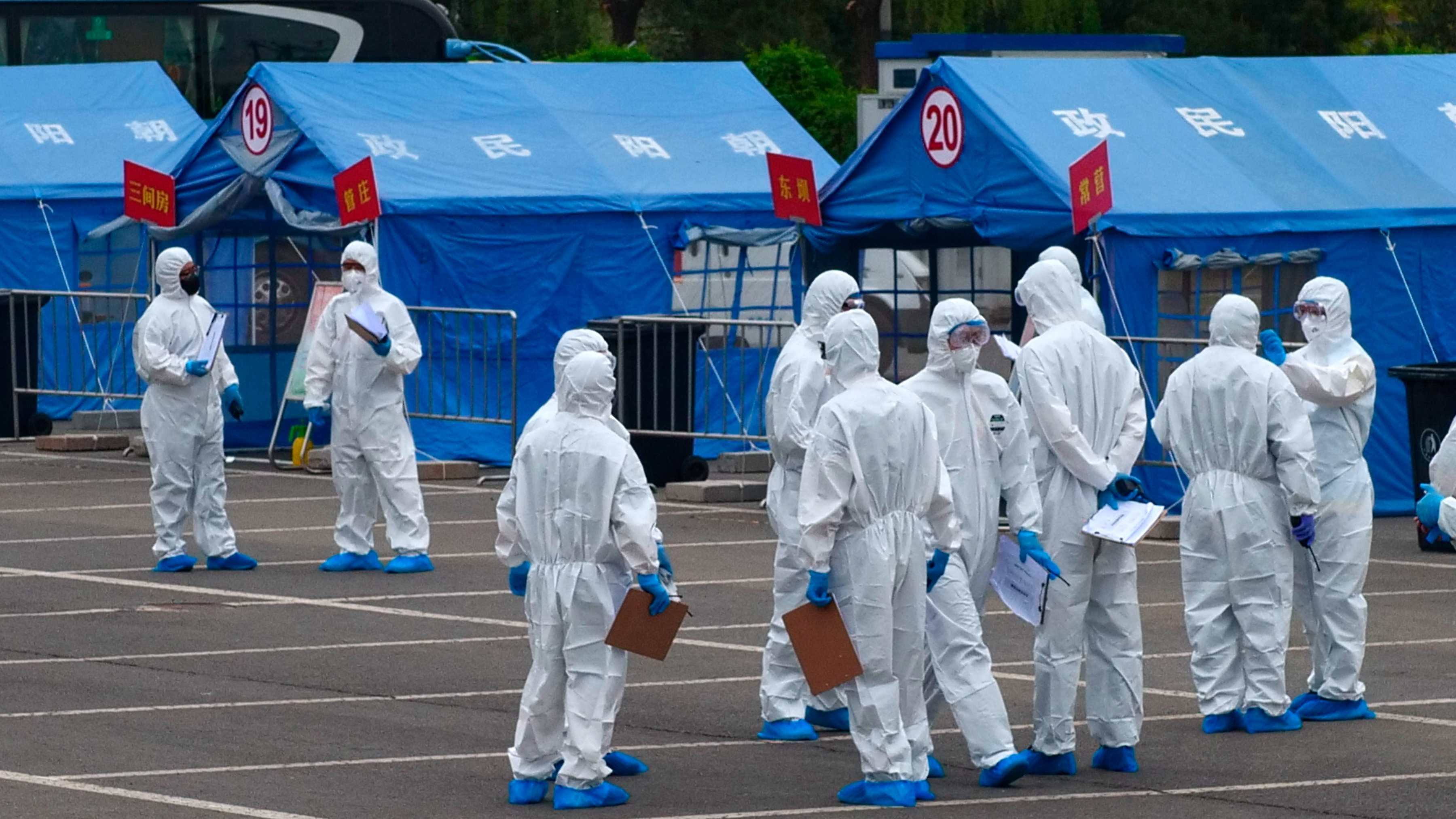 Workers stand outside a blue tent used to coordinate transportation of travelers from Wuhan to designated quarantine sites in Beijing, China, April 15, 2020. /AP

Workers stand outside a blue tent used to coordinate transportation of travelers from Wuhan to designated quarantine sites in Beijing, China, April 15, 2020. /AP

Editor's note: Zhu Zheng is an assistant professor specializing in constitutional law and politics at China University of Political Science and Law. The article reflects the author's opinions, and not necessarily the views of CGTN.

Recently, an analytical article entitled "Is this China's global leadership moment?" published on Project Syndicate has gained some popularity in China. The author claims that the COVID-19 crisis offers Beijing an opportunity to set aside disputes with Washington and the two superpowers should work together to weather the storm.

According to the author, Professor Jin Keyu from London School of Economics, China should act as a stabilizer for global market of critical supplies and financial products. And by providing assistance to America out of moral rather than strategic considerations, the China-U.S. relations will be revived and China's image, if not leadership, will be enhanced.

Her suggestions seem to me more of a wishful thinking, not only because they run counter to the reality, but also, if taken, would actually do more harm than good to China.

As far as the reality is concerned, it is true that China has reported fewer and fewer confirmed new cases in the past few weeks – Wuhan lockdown has come to an end – but normal life is nevertheless a distant dream.

The Chinese authorities are busy with helping people recover from trauma and putting effort into stopping the virus from regaining a foothold. Most people are urged to stay indoors as much as possible and universities across the country remained closed – normalcy is not in sight yet.

Indeed, only last week, a remote border city in northeast China witnessed a sudden "lockdown" due to the fast increase of new COVID-19 cases imported from Russia, and with inbound flights continues likely bringing in new confirmed cases, it is no time for China to lower its guard.

More worryingly, quarantining of Hubei Province and nationwide measures to stem the spread of the virus have plunged China's economy 17.2 percent in January and February compared with last year.

Thus, at the height of the pandemic, saving small businesses – many of which are now running short on cash, and dealing with perhaps the sharpest economic contraction since the 1970s – should be put high in Beijing's agenda. 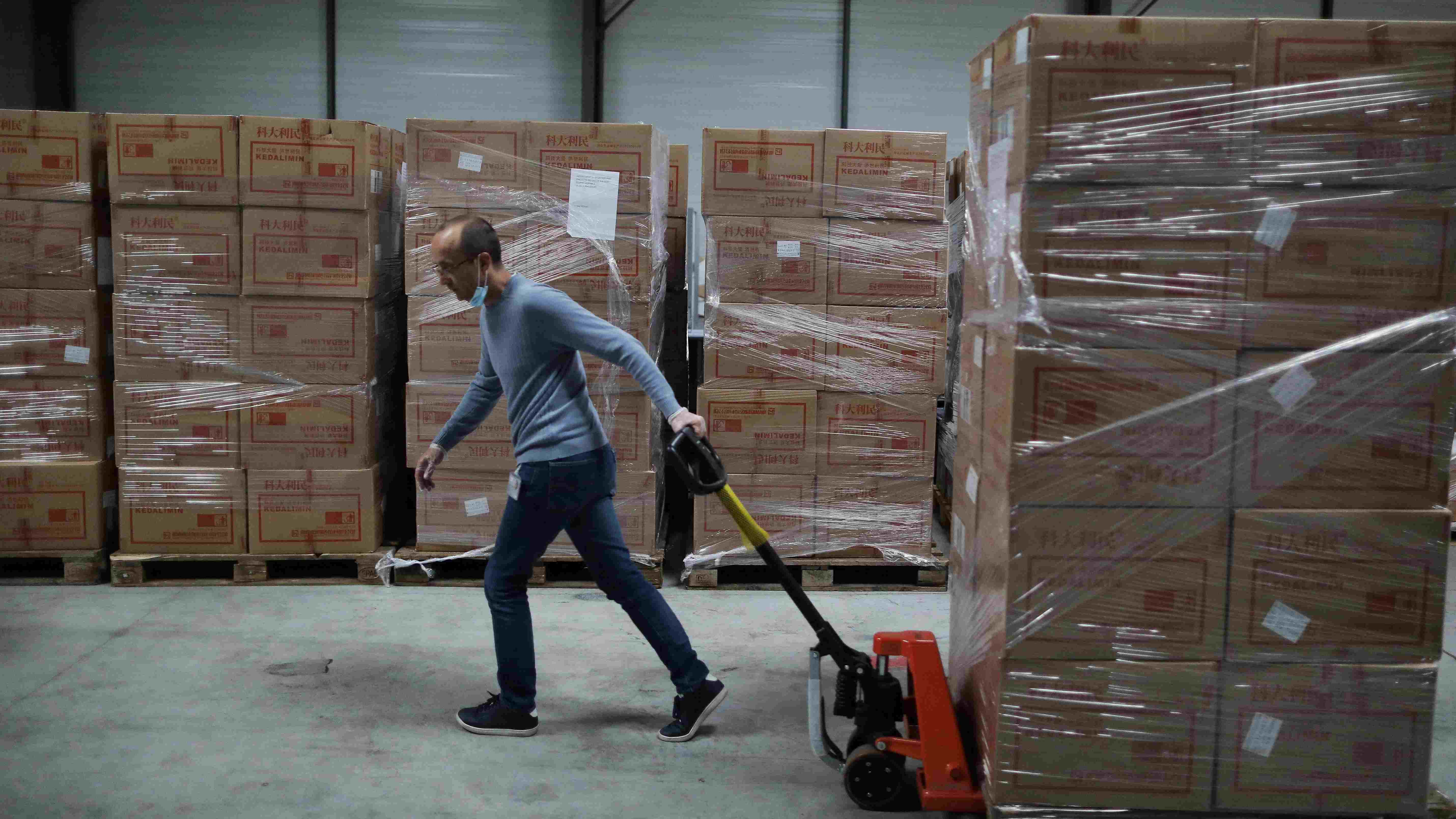 In particular, in the face of U.S. Federal Reserve providing trillion in loans and central banks around the world slashing interest rates, China should remain on high alert.

In the light of the social and liquidity challenges ahead, it is no time to tout China's superiority and claim victory in the battle against the virus. Nor is it a moment for China to "pounce above its weight" when helping other countries, let alone claiming world leadership.

Of course, this is not to say that China should be completely cut off from the rest of the world, as countries remain highly relevant and they all rise and fall together in the COVID-19 era, but China should restore domestic order and boom its economy before reaching out to others.

"The virus respects nowhere and ends up being everywhere", and for the reason of this, China is ready, as Chinese President Xi Jinping said in a recent phone call to his American counterpart, to work with other countries in their fights against the virus, and to offer help "to the best of its ability".

However, according to reports of some western media, China's assistance is not always welcomed by all westerners. The helps are even taken for granted by many and regarded by a few as a gift horse, aiming to drive a wedge between Europeans and a propaganda campaign that are launched to weaken democracies.

Putting that into perspective, it seems that Professor Jin's suggestion is likely to achieve just the opposite result, via helping the United States and many others on the moral ground rather than strategic interests, that China may not win trust and boost its international image but see its name dragged through the mire.

Yes, China will try its best to help but it has neither capability nor appetite to save the world. It is perhaps true that China would eventually play a role in the global recovery, but no, it is not China’s global leadership moment yet.