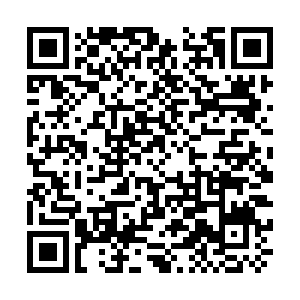 A lone bell rang out from what remains of the Notre-Dame Cathedral in Paris on Wednesday, in the sole commemoration to mark a year since a massive blaze nearly destroyed one of the world's most revered monuments.

Reconstruction of the medieval cathedral has been halted, with France under lockdown over the deadly coronavirus outbreak.

The bell dubbed "Emmanuel" in the cathedral's south tower rang out at 8:00 pm, the hour French people have become accustomed to gather at their windows and on balconies to applaud health workers on the front lines of the battle against the virus that has killed over 17,000 people in France.

President Emmanuel Macron vowed Wednesday to do everything possible to ensure the 13th-century masterpiece is restored to its former glory within five years – a timeframe already judged optimistic by many, and now further imperilled.

"We will reconstruct the Notre-Dame in five years, I promised. We will do everything to meet this deadline. Yes, construction is at a halt for the moment due to the health crisis, but it will resume as soon as possible," he said in a video message.

The ferocious blaze, watched in horror by millions of television viewers worldwide, has not been forgotten even if "our days, our thoughts, our lives are usurped" by the coronavirus outbreak, Macron said.

"If the restoration of Notre-Dame is important to us all, it is clearly also because it is a symbol of the resilience of our people, of their ability to overcome trials, and to recover." 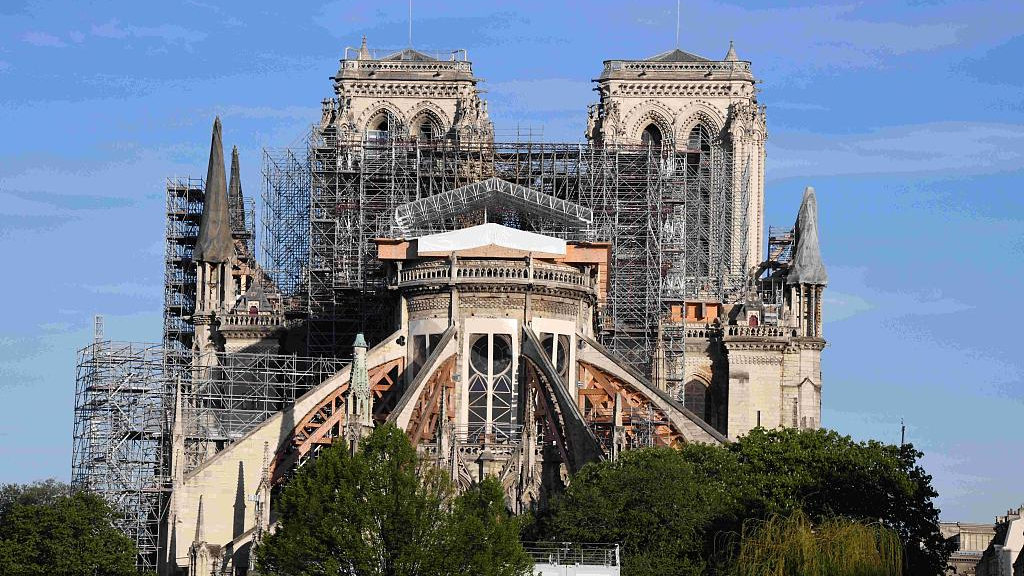 Reconstruction of the medieval Notre-Dame Cathedral in Paris has been halted, with France under lockdown over the deadly coronavirus outbreak./ VCG

Reconstruction of the medieval Notre-Dame Cathedral in Paris has been halted, with France under lockdown over the deadly coronavirus outbreak./ VCG

The 13-ton bell is the cathedral's oldest, installed in 1686 at the behest of King Louis XIV, according to the Notre-Dame website.

Its chime has punctuated most major events in France since then, and in a solemn gesture was the only commemoration scheduled for Wednesday.

Firefighters battled through the night on April 15, 2019 to save the cathedral from the blaze which ravaged its roof and dramatically toppled the steeple.

Macron had promised a herculean effort to have the UNESCO heritage site restored in time for the Paris Olympics of 2024.

But even before the coronavirus pandemic struck, work had been delayed by decontamination efforts. More than 300 tons of lead from the roof melted in the blaze, covering the site in toxic particles.

The fragile structure remains at risk, and massive wooden beams are propping up the arches and gables.

Workers have not even removed the tangled web of metal scaffolding that fused together in the inferno, which had erupted during renovation work on the roof.

This needs to happen before they can install a more durable temporary roof to protect the church's priceless artworks from rain.

Officials still have to decide a crucial question: Rebuild the cathedral exactly as it was, using traditional techniques and materials, or incorporate a modern touch?

Macron has said he is in favor of a "contemporary" touch for the spire.

But the project's chief architect Philippe Villeneuve has refused to countenance any glass spire, rooftop garden or other modernistic proposals and opinion polls suggest most French people agree with him.

More than 900 million euros (nearly 1 billion U.S. dollars) have been given or pledged by some 340,000 companies and individuals worldwide to restore the cathedral.