Time to single him out – everyone loves Jerry West
Li Xiang 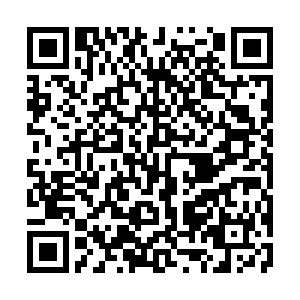 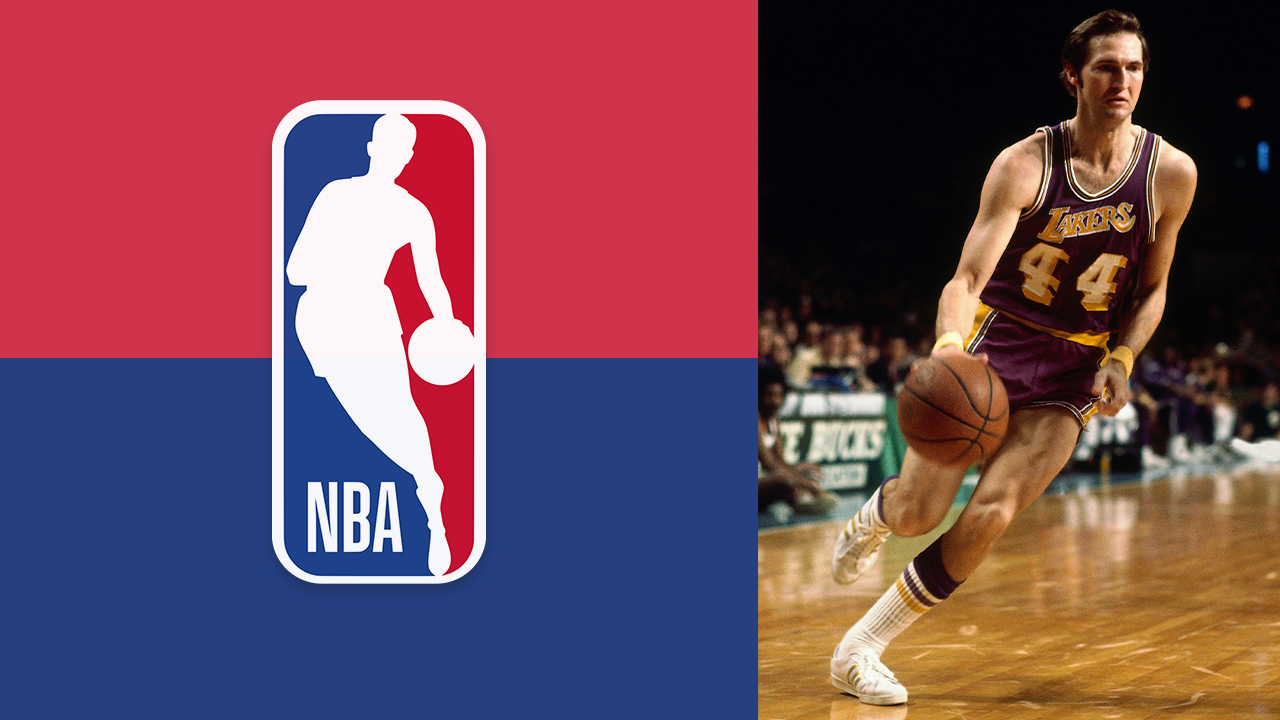 Why did the NBA choose Jerry West as the logo of the league?

First, Alan Siegel created the logo in 1969, which means that he must choose from photos taken before that. Therefore, Kareem Abdul-Jabbar, Larry Bird, Magic Johnson, Michael Jordan would need a time machine before their photos could even be seen.

"It was dynamic, it was vertical, it captured the essence of the game," said Siege. In fact, West himself was (one of) the most popular(s) in the NBA in 1969. It's only logical that there more of his photos being taken. 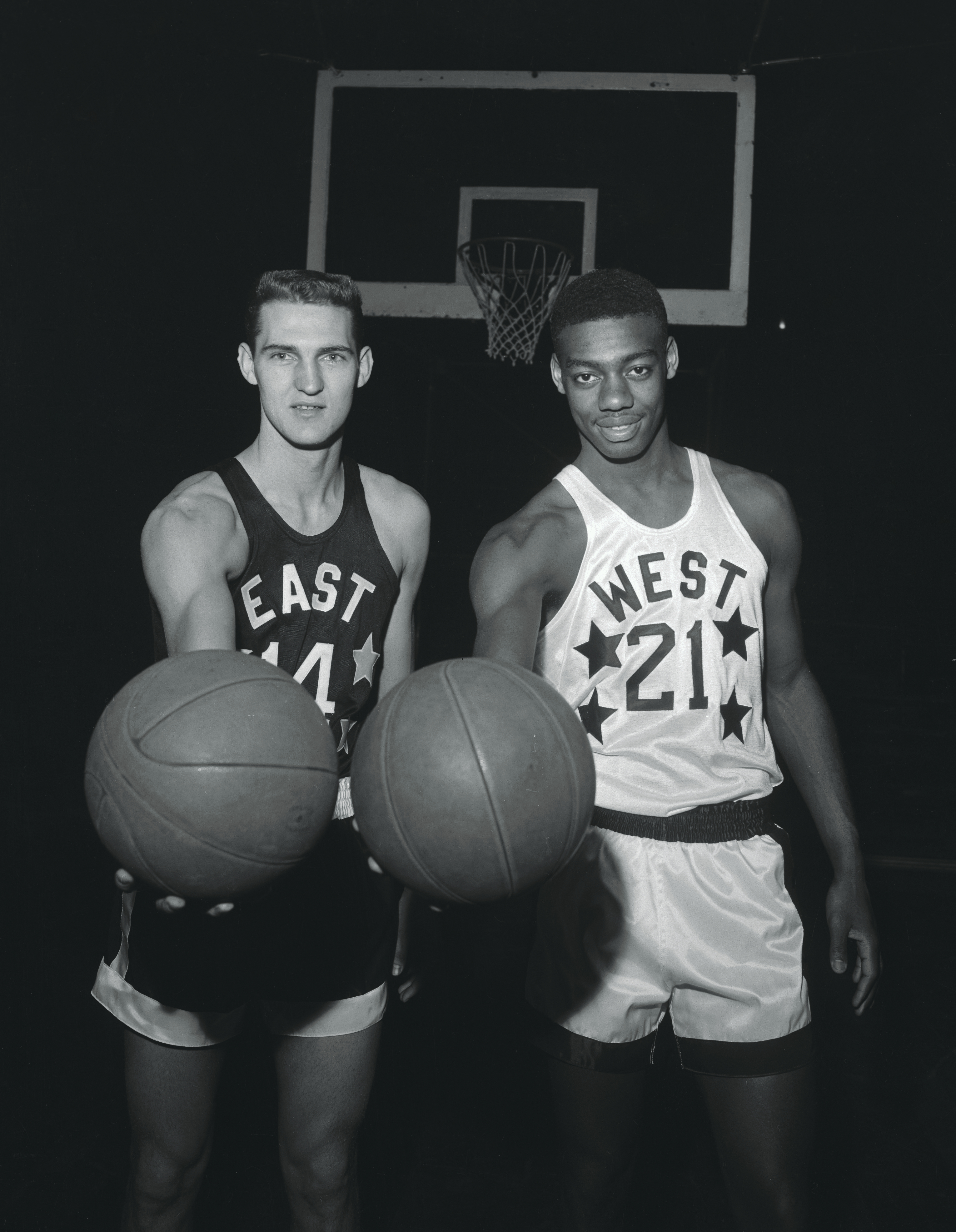 Moreover, before Johnson entered the NBA, West and Oscar "The Big O" Robertson were considered the greatest guards in league history, not to mention that West was the one who received more respect and love.

Both entered the league via the 1960 NBA Draft – Robertson was the No. 1 select and West the second. Certain statistics suggested Robertson was always better than West – The Big O was taller (1.96 meters), a better baseline fadeaway shooter and a better orchestrator who finished his second season averaging triple double per game (30.8 points, 12.5 rebounds and 11.4 assists).

However, Robertson only made the Conference Finals twice in the 1960s. It's true that he often had to meet either Bill Russell or Wilt Chamberlain, but The Big O even did not have many playoff highlights to tell. In Game 7 of the Conference Finals in 1963, Robertson scored 43 points which were shadowed by the 47 points of Sam Jones of the Boston Celtics. 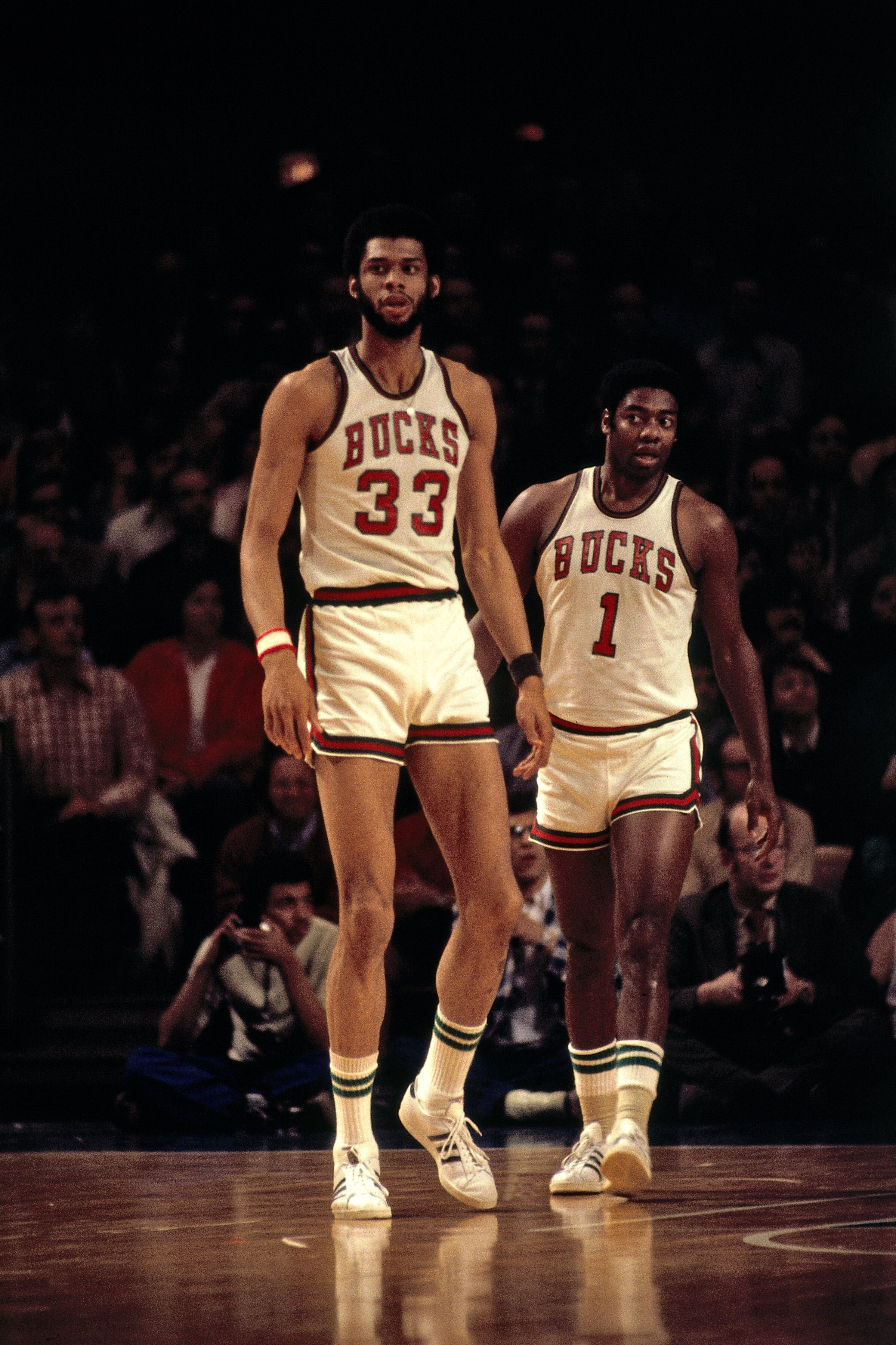 Kareem Abdul-Jabbar #33 and Oscar Robertson #1 of the Milwaukee Bucks in the NBA Finals against the Boston Celtics at the Milwaukee Arena in Milwaukee, Wisconsin, 1974. /VCG

Kareem Abdul-Jabbar #33 and Oscar Robertson #1 of the Milwaukee Bucks in the NBA Finals against the Boston Celtics at the Milwaukee Arena in Milwaukee, Wisconsin, 1974. /VCG

It's also hard to defend Robertson by blaming his teammates. He was not a lone fighter – his teammates Jack Twyman, Wayne Embry and Jerry Lucas were together 18-time NBA All-Stars. With such help, Robertson could not even lead the Cincinnati Royals to the playoffs in his last three seasons there.

By the way, Embry won the championship in 1968 with the Celtics. Lucas did it in 1973 with the New York Knicks. Happy Hairston was the Lakers' starting power forward when the purple and gold won the title in 1972.

As for Robertson, when he finally won a ring in 1971 in the Milwaukee Bucks, most of the honor should go to Lew Alcindor, who was that season's NBA Most Valuable Player, Scoring champion, NBA Finals MVP and changed his name into Kareem Abdul-Jabbar later. 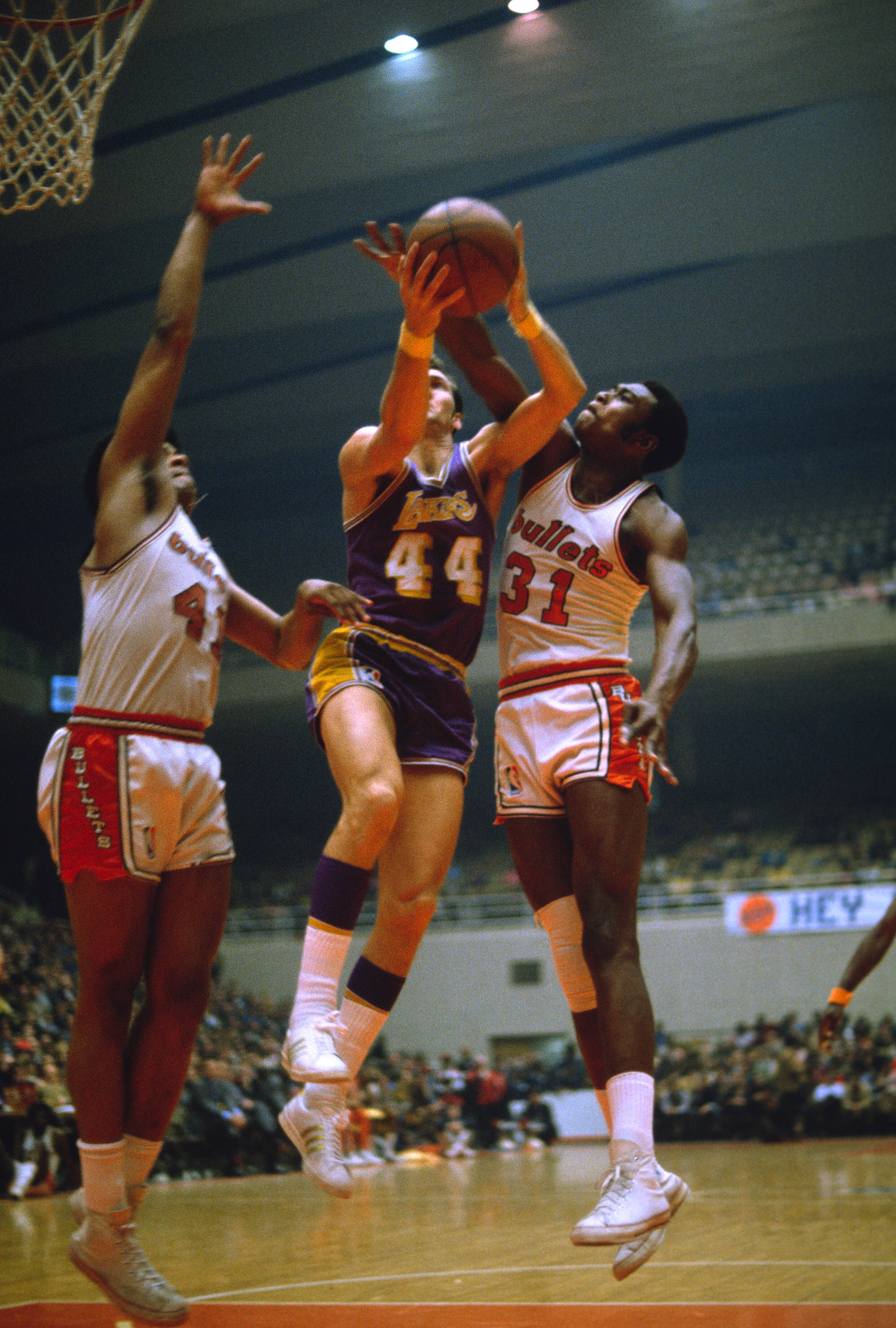 Jerry West #44 of the Los Angeles Lakers drives towards the rim in the game against the Baltimore Bullets at the Baltimore Civic Center in Baltimore, Maryland, 1970. /VCG

Jerry West #44 of the Los Angeles Lakers drives towards the rim in the game against the Baltimore Bullets at the Baltimore Civic Center in Baltimore, Maryland, 1970. /VCG

West was remembered by people in another way. For example, the Los Angeles Lakers' ace Elgin Baylor could only play 48 games, all on weekends and without practicing in the 1961-82 season because he needed to serve full time in the United States Army Reservist, Second-year West stood out to support the team with his 30. 8 points, 7.8 rebounds and 5.4 assists per game.

In the 1965 playoffs, Baylor was suffering from severe knee injuries and West stood out again by averaging 40.6 points to drag the team to the Finals against the Boston Celtics.

In the 1968-69 season, Wilt Chamberlain joined the Lakers but the conflicts among him, Baylor and head coach Butch van Breda Kolff gave the team no peace. West carried the Lakers into the Finals and gave the Celtics a head-on blow at the first encounter with 53 points and 10 assists. 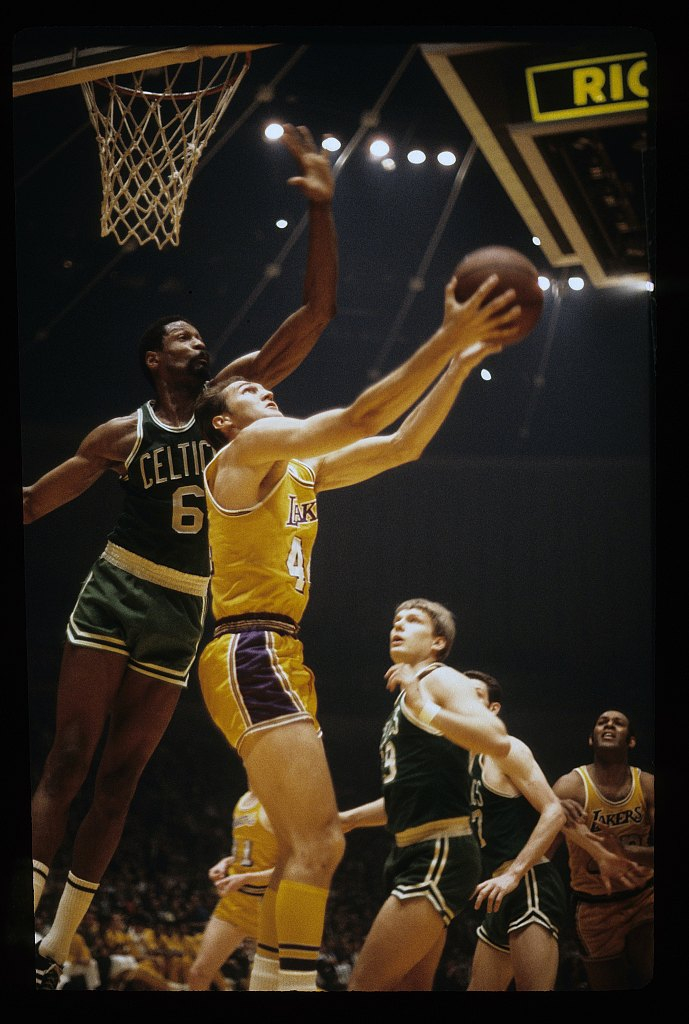 By the way, West seriously pulled his hamstring in Game 5 when he already scored 39 points in that game and 197 points in the whole series. Then in Game 7, a limping West putdown 43 points, 12 rebounds and 13 assists.

For the first and only time in NBA history, the NBA Finals MVP went to a player from the losing team. West received the award and the following words from John Havlicek: "I love you, Jerry. I just hope you get a championship. You deserve it as much as anyone who has ever played this game."

In the 1971-72 season, shooting guard West became point guard West. With 9.7 assists per game, he led the Lakers to franchise record 69 wins and finally win his only NBA championship.

Bill Russell #6 of the Boston Celtics tries to block a shot by Jerry West #44 of the Los Angeles Lakers in the game at the Boston Garden in Boston, Massachusetts, 1963. /VCG

Bill Russell #6 of the Boston Celtics tries to block a shot by Jerry West #44 of the Los Angeles Lakers in the game at the Boston Garden in Boston, Massachusetts, 1963. /VCG

Furthermore, there were other statistics suggesting that West was better than Robertson. For example, since the NBA began to name All-Defensive Teams in 1969, West was named one-time Second Team and four-time First Team. He averaged 27.03 points per game, the fifth-most in history, following Michael Jordan Chamberlain, Baylor and LeBron James. In the playoffs, West could score 29.13 points per game, the third-most after Jordan and Allen Iverson.

The Lakers held Jerry West Night in March, 1971 for their legend. 11-time NBA champion Bill Russell, who ruined West's championship dream six times, attended the ceremony and said: "The greatest honor a man can have is the respect and friendship of his peers. You have that more than any man I know … If I could have one wish granted, it would be that you would always be happy."