China bashing is all Trump has left, buckle up
Tom Fowdy 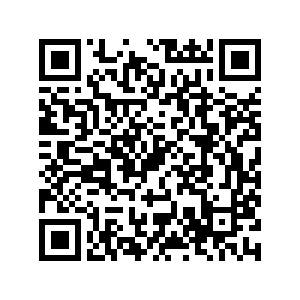 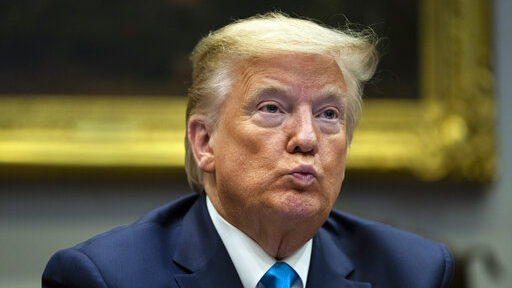 President Donald Trump listens during a conference call with banks on efforts to help small businesses during the coronavirus pandemic, at the White House in Washington, DC, U.S., April 7, 2020. /AP

President Donald Trump listens during a conference call with banks on efforts to help small businesses during the coronavirus pandemic, at the White House in Washington, DC, U.S., April 7, 2020. /AP

U.S. President Donald Trump during his White House press conference on April 16 hinted at a conspiracy theory that the COVID-19 originated from a laboratory leak in Wuhan.

The remarks were not accidental. Behind the scenes, White House officials are now pushing this line. Director of the elite American Foreign Policy Magazine, the National Interest, Harry Kazianis, stated in a series of tweets that administration figures are now pushing the theory. Then, he produced two articles supporting the idea.

In turn, other Republican affiliated mouthpieces such as Fox News are also setting out these unsupported allegations, of which have been repeatedly rejected by the World Health Organization (WHO) as well as China's Foreign Ministry.

The timing of such claims are also in tandem with the presidency's attack on WHO.

The president today proceeded to blame China even further, taking to Twitter and lambasting Nancy Pelosi for "going to Chinatown" in San Francisco, where he proceeded to claim because of that "she is responsible for many deaths."

The turn of the White House towards these conspiracy theories and erratic behaviors is not a good sign. We must understand now quite plainly that the president has the election in mind when he is making these comments, and in turn a relentless focus on China bashing is the only card left he has to play. Things are going to get worse, much worse.

At the turn of the year, President Trump had a very clear electoral strategy in mind: He wanted to keep the economy as stable as possible, uphold his trade agreement with China, avoid disruptions and proclaim his record in the view to a comfortable re-election.

These motivations were partly why he chose not to take action on the COVID-19 for several months, seeking to avert panic. 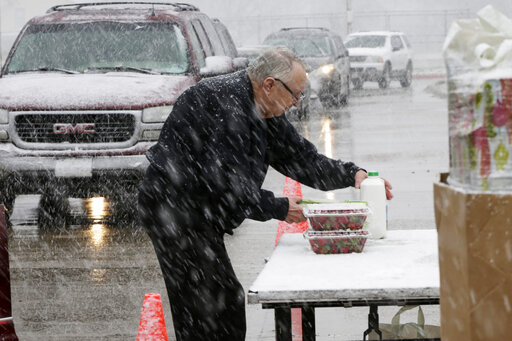 A person collects food distributed by the Food Bank of Lincoln to his car as others behind await for their turn, during a spring snow storm in Lincoln, Nebraska, U.S., April 16, 2020. /AP

A person collects food distributed by the Food Bank of Lincoln to his car as others behind await for their turn, during a spring snow storm in Lincoln, Nebraska, U.S., April 16, 2020. /AP

But that isn't of course how it turned out. America has over 664,000 cases now and 33,000 deaths. Unemployment claims now stand as of April 16 at a staggering 22 million.

Most economists predict that that the U.S. economy will not rebound quickly ending year with at least a six percent fall in GDP. The picture is grim; the inability of the presidency to be honest and open about this hides the full picture.

Of course, these circumstances completely annul the president's initial strategy. So what is the new strategy now? That is to blame China in a concerted and aggressive way.

The invocation of this laboratory conspiracy theory came as a response to a question posed to him by a journalist who sought to question him about his own delays and slow response. Thus the answer is quite simply plain put: To blame China.

Ironically, the administration reacted with sheer outrage at claims suggesting that the virus could have originated in the U.S., but now it is quite happy to openly peddle its own misinformation in the form of outlandish conspiracy theories that seek to invoke anger by misportraying an epidemic as an act of biological warfare. This is demagogue level rhetoric.

What is likely to happen next? The president is now aggressively focusing on China to whitewash his own record, deflection from his own mistakes and in turn to weaponize it as a vehicle for his re-election.

Trump is likely not to do much in the short term but make a lot of noise, rather to pledge that he will be the toughest candidate on China and thus whip sheer nationalistic hatred to portray himself as the defender of the American people, thus leaving whatever may happen of course until after the election.

The campaign will be about taking on China. Previous tweets have also seen him attack various mainstream media outlets as "pro-China" meaning this may become a way to defile his opponents. He is likely to say that Democratic contender Joe Biden is "soft on China."

Given this, things in China-U.S. relations are not going to get better, but worse. Blaming Beijing is a quick fix for the administration's own failures and a venting point for public anger. Thus we are going to see in the coming months an intensification of aggressive rhetoric and political grandstanding from a number of individuals and media outlets.

His own economic dreams shattered, his own plan down the drain, Trump's endeavor to attack and demonize China is the only thing left which offers him any shred of political legitimacy. Beijing should prepare accordingly.